Meet the Performer/Facilitators and Creative Production Team Of

How to End Poverty in 90 Minutes 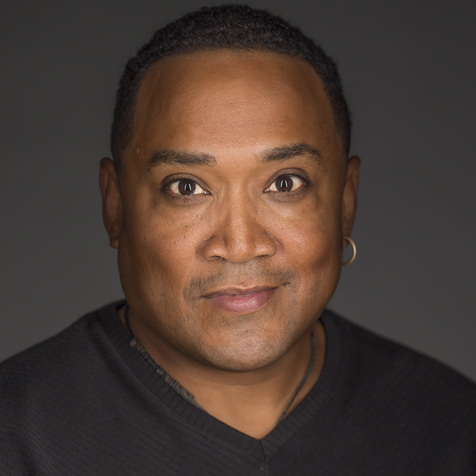 Bobby Bermea is co-artistic director of The Beirut Wedding World Theatre Project, a member of Sojourn Theatre, a member of Badass Theatre and a long-time member of Actors’ Equity Association. He is a three-time award-winning actor and has worked in theatres literally from New York, NY to Honolulu, HI. Bermea has appeared at La MaMa in New York, Centerstage in Baltimore, Kansas City Repertory, Vortex Repertory in Austin, the Albuquerque Little Theatre in Albuquerque, NM, Hawaii Theatre in Honolulu, HI, Intiman, ACT, The Group, The Langston Hughes Cultural Center, A-Ha, The Empty Space, and The New Mercury Theatre in Seattle, and Artists Repertory Theatre, Portland Center Stage, and Profile Theatre in Portland, Oregon. He was also in another incarnation of How to End Poverty in 90 Minutes at Portland Playhouse. Though this is his first time at CPT, Bermea has performed at Kent State, with Michael Rohd and Ping Chong, at Ohio State and in Lima, Ohio, both with Sojourn Theatre. 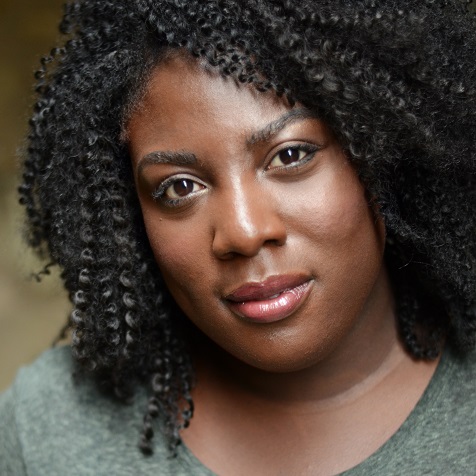 Christabel Donkor is a Chicago-based actor and company member of the FYI Performance Company, which specializes in creating participatory theatre around the topics of sexual health and violence and works toward cultural solutions. Favorite credits include Saint Joan with Poetic Forum Collective/Greenhouse Theater Center, Expectation with FYI, and Even Longer and Farther Away with The New Colony. She holds a degree in Theatre from Northwestern University. 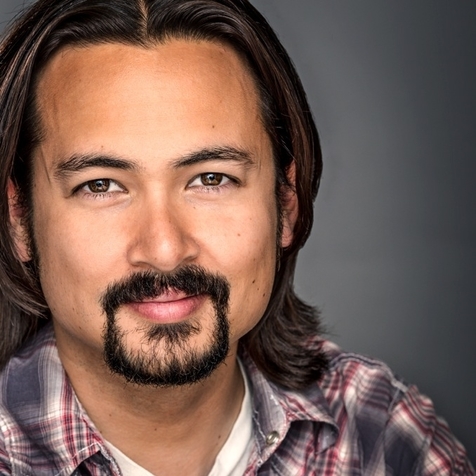 Jono Eiland is a founding member of Sojourn Theatre and is currently based in Los Angeles. LA theatre credits include Pericles, King John (Porters of Hellsgate); Richard II, Henry IV (Muse of Fire); American Home (Little Candle). He graduated from Virginia Tech with a BA in Theatre Arts. 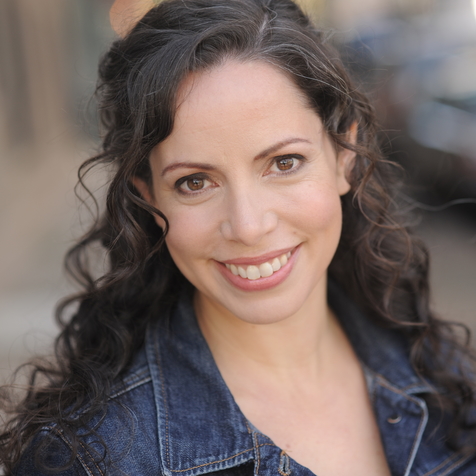 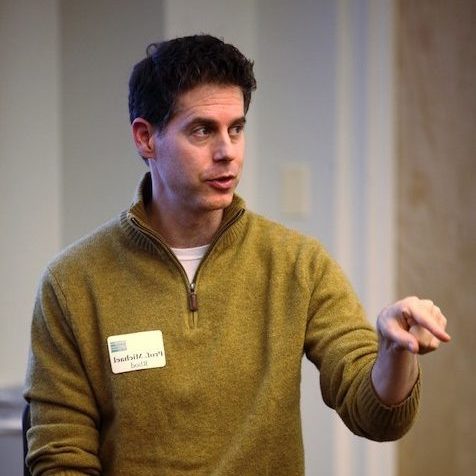 Michael Rohd is founding artistic director of the 18-year-old national ensemble-based Sojourn Theatre. In 2015, he received an Otto Rene Castillo award for Political Theater and The Robert Gard Foundation Award for Excellence. He is a Professor at Arizona State University’s Herberger Institute for Design & Art and author of the widely translated book Theatre for Community, Conflict, and Dialogue. He leads the Center for Performance and Civic Practice where current initiatives include The Catalyst Initiative, Civic Body, & Learning Labs. He was the 2013-2016 Doris Duke Artist-in-Residence at Lookingglass Theater Company in Chicago. 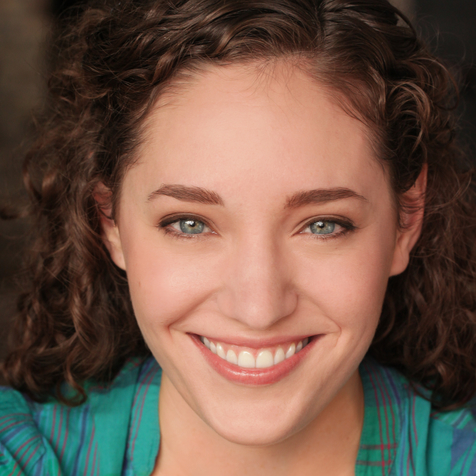 Sara Sawicki is a Chicago-based theatre artist. She works nationally with the Center for Performance and Civic Practice as Partnerships and Communications Manager. She is an Artistic Associate with Sojourn Theatre, most recently appearing as a Performer/Facilitator in the regional premiere of How to End Poverty at Portland Playhouse. Other recent projects include work with: Actors Gymnasium (Youth Circus co-director and writer); one step at a time like this in collaboration with Chicago Shakespeare Theater (performer); For Youth Inquiry (company member, performer, teaching artist); and Manual Cinema (puppeteer). Upcoming: Sara will be directing Sojourn’s How to End Poverty this Spring at Seattle University. 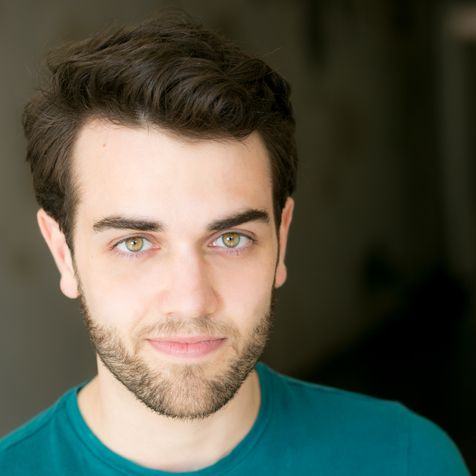 Alejandro Tey is a director, writer, actor, teaching artist, and the Founding Artistic Director of Thirteen O’Clock Theatre. He has worked nationally as an Artistic Associate with Sojourn Theatre, was part of the original devising ensemble of How to End Poverty, and was a performer/facilitator in the professional premiere of How to End Poverty in collaboration with Portland Playhouse. Tey’s plays for young audiences (and performers!) have been seen onstage and in schools in Chicago, Evanston, and across South Texas. In Chicago/Evanston he teaches with Actors Gymnasium, Mudlark Theater Company, Northlight On Campus, and For Youth Inquiry. He is also a proud touring ensemble member of Theater Unspeakable and a proud company member with Rabid Bat Theatricals. A few favorite Chicago acting credits include: The Elaborate Entrance of Chad Deity (Red Theater Chicago), The Compass (Steppenwolf For Young Adults), and Since I Suppose (one step at a time like this/Chicago Shakespeare Theater). 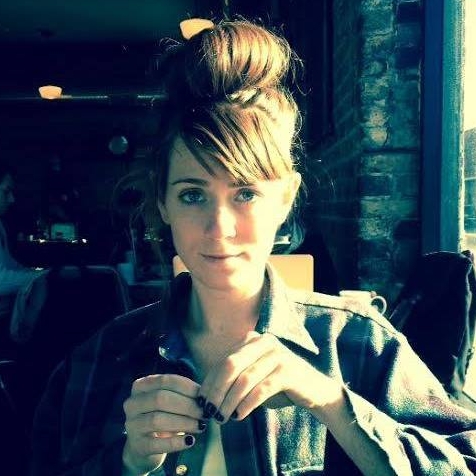 Nik Zaleski is a director, facilitator, playwright, and cultural activist rooted primarily in the reproductive justice movement. She is a co-founder of the FYI Performance Company, which designs participatory theatre experiences about sexual health and sexual violence. Professionally, she consults on arts-based strategy for the Illinois Caucus for Adolescent Health, CoreAlign, Arizona State University, and other organizations. Nik is an Artistic Associate for Sojourn Theatre and has directed performances for FYI, Redmoon Theatre, Northwestern University and Erasing the Distance, where she is also a company member. She completed her undergraduate degree in Performance Studies and Gender Studies at Northwestern University and holds an MA in Interdisciplinary Studies from DePaul University, which combined Public Health and Directing coursework.

Shawn Ketchum Johnson is a Seattle-based theatre maker. His expertise in site-specific and devised performance keeps him linked to innovative, socially-engaged ensembles in Chicago and throughout the country. Recent projects include the workshop premiere of Time To Tell, an original performance piece presented at Lee Center for the Arts. Recent scenic designs include the world premiere of Daisy at ACT (Gregory Award), Ghosts at ArtsWest (Gregory nominated), and Bring Down the House at Seattle Shakespeare. Upcoming projects include Material Deviance at On The Boards. An alumnus of Northwestern University, Johnson holds the Scenic Design faculty position at Seattle University.

Danielle Littman has been working with Sojourn Theatre’s production of How to End Poverty in 90 Minutes (HTEP) to develop and implement a model for critical community partnerships within the context of HTEP. She has traveled to Louisiana, Montana, Washington (Walla Walla and Seattle), and Nashville to work with community partnership teams of HTEP productions, and continues to serve in a mentorship role to production teams in Seattle and Cleveland.

Shannon Scrofano is a Los Angeles-based designer whose work includes interdisciplinary performance, public space, exhibition, curation, and dialogue projects internationally and throughout the US. She has been a Sojourn Theatre company member for many years, and now serves as the Director of Design for the Center for Performance and Civic Practice, which grew out of Sojourn’s work. Shannon is on design faculty at California Institute of the Arts (CalArts), where she is the Associate Director of Design and Production.

Rick Sims has composed and designed sound for numerous Chicago area theatres such as Steppenwolf, Lookingglass, Congo Square, Writers Theatre, Lifeline, Griffin, Chicago Children’s Theatre, The Hypocrites, The House, Court, ATC, Victory Gardens, The Rave, Steep Northlight, and About Face. Out of town credits include the Getty in Los Angeles, South Coast Rep in Costa Mesa CA, Arena Stage in Washington D.C., Alliance Theatre in Atlanta, Boston Playwrights, the Arden in Philadelphia, Playwrights Horizons in New York City, Actors Theatre in Louisville, and Portland Playhouse in Portland, OR. Rick has won a Jeff Award for sound design for Lookingglass for Moby Dick and Hephaestus and a BTAA award for Congo Squares’ Brothers In The Dust, and has received several nominations for both awards. Rick is an artistic associate of Lookingglass Theatre Company, an artistic affiliate with American Blues Theatre, and an associate designer with Aria Music Designs (Ray Nardelli and Josh Horvath). Rick also wrote the book, music, and lyrics for Lookingglass’ Hillbilly Antigone.