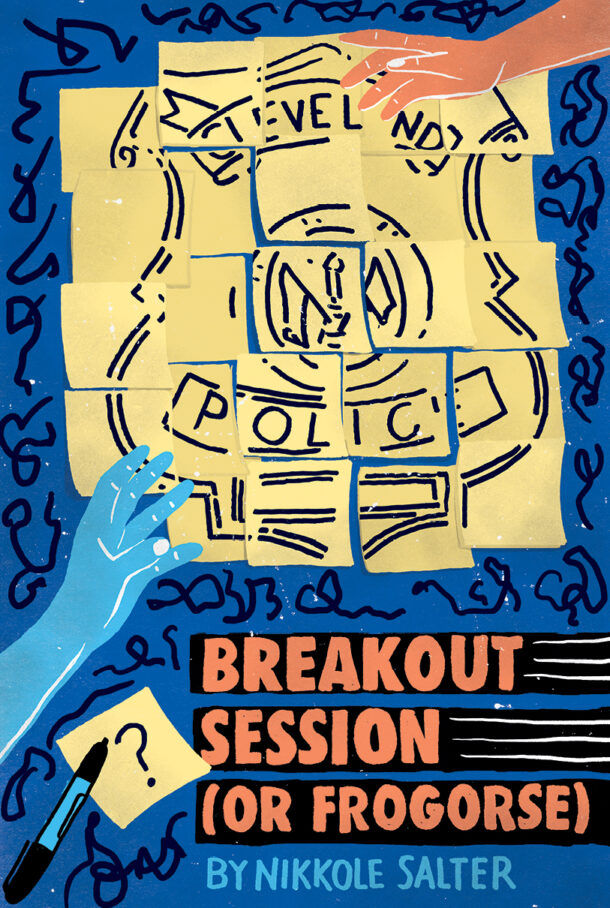 Can a society legislate a change of heart? In Breakout Session (or Frogorse), a corporate training company is vying for a city contract for de-escalation and anti-bias training with Cleveland’s Police Department. When the white facilitator, presenting to Black and Latino police officers, tosses the approved curriculum out the window to ignite change her way, the session spirals in unexpected ways. Can a mantis shrimp and a crocodile teach us about building trust and the strength of vulnerability? Inspired by Cleveland’s Consent Decree with the U.S. Department of Justice, Breakout Session (or Frogorse) was commissioned by Cleveland Public Theatre with funding from the National New Play Network (NNPN). Continued World Premiere.

Content Warning: Breakout Session (or Frogorse) includes depictions and/or discussions of racism, bias, and violence. This production features characters who are Cleveland Division of Police officers and are in uniform. For details or additional content, please contact the Box Office at 216.631.2727 x501 or by emailing boxoffice@cptonline.org 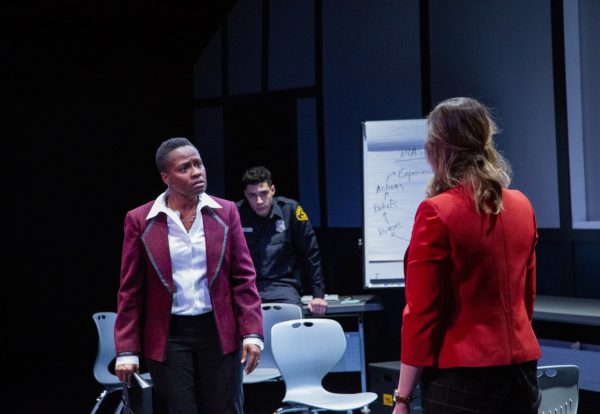 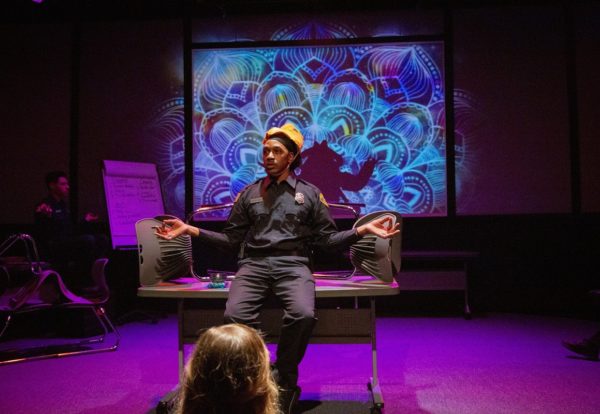 About The Playwright: Nikkole Salter 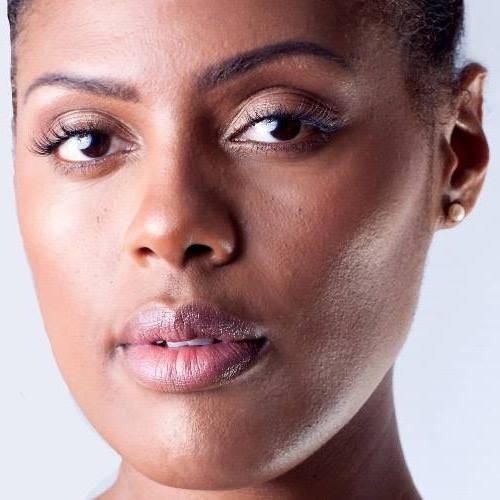 Nikkole Salter has written 8 full-length plays, has been commissioned by 6 institutions to create full-length works, has been produced on 3 continents in 5 countries, and has been published in 12 international publications. Her work has appeared in over 20 Off-Broadway, regional, and international theatres. The National Black Theatre production of her play Carnaval was nominated for 7 AUDELCO awards and won for Best Ensemble Performance. Nikkole is a 2014 MAP Fund Grant recipient, a Eugene O’Neill Theater Center National Playwrights Conference semi-finalist, USA Fellowship nominee, and a two-time Playwrights of New York Fellowship nominee. In addition to Breakout Session, she is currently working on commissions from Woolly Mammoth, a musical with Neworks Productions, and is in development to write the television adaptation of Claude Brown’s New York Times Bestselling novel, Manchild in the Promised Land.

About the director: Beth wood

Beth Wood joined the CPT staff in 2007. A director, actress, administrator, designer, educator, and theatre technician, she holds a BA in Communications and Theatre from John Carroll University. As a director of adventurous scripted work, she has been honored as a director of superior achievement by the Cleveland Critics Circle in 2016, 2015, and 2013, and has directed over 20 productions, including nine world premieres and eight regional premieres, during her fourteen-year tenure at CPT. In addition to her directing work, Beth supports four New Play Development series that invest in outside-the-mainstream work and the artistic growth of Northeast Ohio creators. In 2016, she was awarded a TCG Leadership U[niversity] Continuing Ed grant to research long-term new play development models across the country. Her CPT directing credits include Breakout Session (or Frogorse) by Nikkole Salter, Gloria by Branden Jacobs-Jenkins, Lines in the Dust by Nikkole Salter, the NNPN Rolling World Premiere of in a word by Lauren Yee, There Is a Happiness That Morning Is by Mickle Maher, Barbecue and Antebellum by Robert O’Hara, FEVER/DREAM by Sheila Callaghan, Why Torture is Wrong and the People Who Love Them by Christopher Durang, and BOOM by Peter Sinn Nachtrieb. In addition to her work with scripted productions, Beth co-creates and directs original plays based on a comedic singing duo, The Loush Sisters, for Playhouse Square in 2011 and CPT in 2013, 2015, 2017, 2019, and 2020 (virtual performance). Beth’s CPT acting credits include Hedwig and the Angry Inch, Mrs. Bob Cratchet’s Wild Christmas Binge, A Bright Room Called Day, Fefu and Her Friends, The Rocky Horror Show, Our Town, Pulp, Matt & Ben, Anna Bella Eema (co-production with Theater Ninjas, now Maelstrom Collaborative Arts), Open Mind Firmament, Don’t Call Me Fat, Akarui, Standing on Ceremony: The Gay Marriage Plays, Earth Plays (Part Two of the Elements Cycle), The Loush Sisters DO the Nutcracker, The Loush Sisters Love Dick’ns (2017, 2019), The Loush Sisters get HARD for the Holidays (Yippie-Kai-Yay Mother-Loushers), and Mr. Burns, a Post-Electric Play. A former Actor-Teacher for Great Lakes Theater, Beth has taught a variety of theatre and acting courses throughout Northeast Ohio and has served as the Technical Director for John Carroll University, Lakeland Theatre, and Stagecrafters. 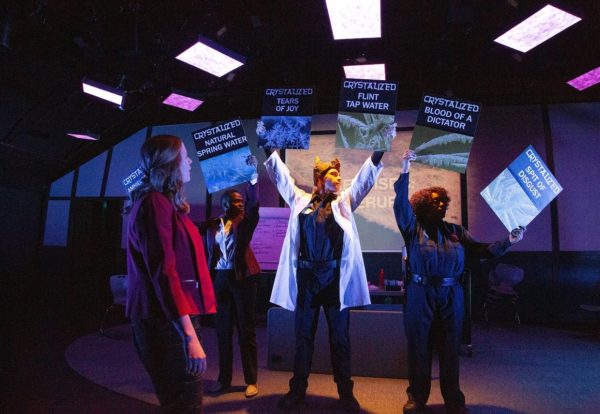 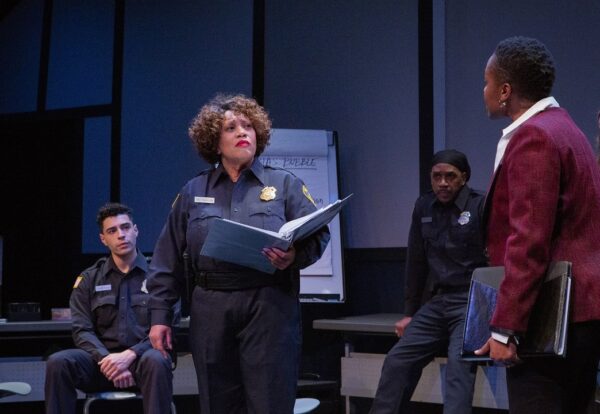 Breakout Session (or Frogorse) is about trusting the validity of perceptions and experiences that may be different from our own. In this popular optical illusion, do you see a frog or a horse? Both images appear, but to see the other, you must change your perspective.

One of the characters you’ll meet in Breakout Session (or Frogorse) is a mantis shrimp. Mantis shrimp have the most complex visual system ever discovered and can perceive colors human eyes are not able to see.

National New Play Network (NNPN) is an alliance of professional theatres that collaborate in innovative ways to develop, produce, and extend the life of new plays. Founded in 1998, NNPN continues to revolutionize the new play landscape through the strength of its member theatres, collaborative efforts, and its nationally recognized programs and services for artists and organizations. Click here for more information. 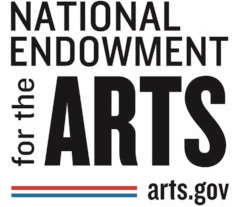