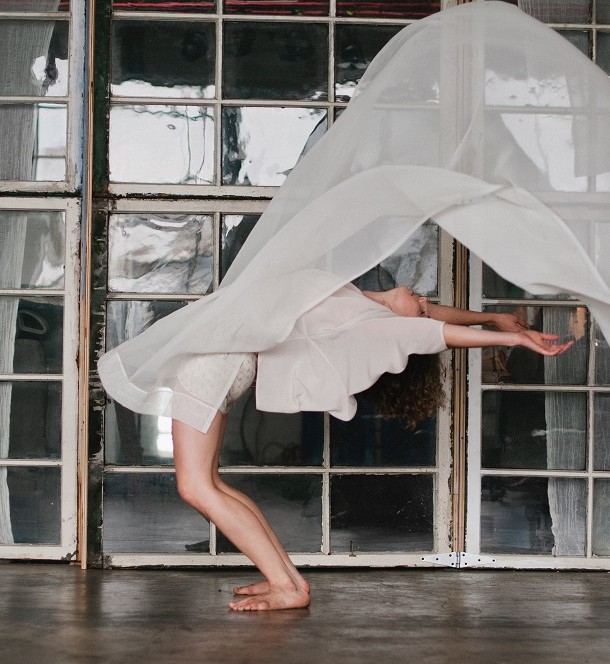 by Without Words Movement

Compelled to reclaim freedom for those silenced by the global sex trade through the powerful voice of dance, Words Without Movement seeks to direct attention upon truths that truths would sabotage the global sex trade and other abhorrent systems alike. Dance pieces will consist of solos and duets speaking upon the truths that reveal the human heart and the need for freedom. This evening celebrates the beginnings the Words Without Movement with various works heralding back to the start of Mikaela and Mackenzie’s collaboration to premiering new works birthed out of their vision to reclaim freedom through dance.

Without Words Movement – while this movement is a new endeavor for Mikaela Clark and Mackenzie Clevenger Valley, their collaborations started back in 2008, when playful and honest improvisations resulted in the creation of “Umbrellas and Rain Catchers”. They continued their choreographic collaborations together and in 2010, Clark and Valley decided to focus their attention on researching and creating new work on an injustice very close to their hearts: the global sex trade. Traveling to Thailand and Cambodia, they performed for and created with dozens of at-risk children while investigating the effects of the sex trade within these countries.

Their research continued upon returning to Cleveland, thus inspiring their first evening- length work. Collaborating with several local artists, the work “Without Words…moving against the sex trade” was birthed, speaking on the atrocious realities of the sex trade they had witnessed throughout the year. Without Words premiered at Cleveland Public Theatre’s 2011 DanceWorks Series. Creating and performing this work, instead of bringing closure to the issue, only stirred something deeper within their hearts and spurred Clark and Valley to shift their focus to pursue this work on a full-time basis. Short Cuts opens with a large-scale collaboration between Karpanty and fashion technologists Margarita Benitez and Markus Vogl and their interactive software application “S.A.R.A. (Synesthetic Augmented Reality Application).” S.A.R.A. is written for mobile computing devices such as the iPhone or Android phones and creates its own sounds and visuals (eg. color to audio) in real time based on the camera recorded video input. S.A.R.A. can be used within live performances to create interactive choreography. TDG has been working with Benitez and Vogl to bring these capabilities alive; they performed an Alpha version of the project during Ingenuityfest 2012. The dancers wear a custom sleeves that houses a micro-projector and does not impede their movements. S.A.R.A. has been graciously supported by a Media Arts grant of the National Endowment of Arts. More information is available at http://www.collider.co Project. The movement vocabulary is a fusion of Karpanty’s eclectic modern and concert jazz styles. New York City guest artist Leanne Schmidt’s “Chew It Up/Spit It Out” reveals the quirks that make us innately human, exploring the depths of our shared vulnerability. Our second guest work, “Falling Lessons,” is a fleeting and poignant solo by Happendance Artistic/Executive Director Melissa Lilje, danced by TDG member Tanya Mucci.

Short Cuts will also include a world premiere screening of “Moving Socrates,” an original screendance short directed and filmed by Karpanty that explores the contemporary relevancy of six questions asked by the Greek philosopher and scholar Socrates (469 BC-399 BC) through the voices of 21st century dance artists. The program will conclude with “another one beneath,” Karpanty’s newest modern dance work, a voluptuous quartet created as a study of recovery from repression and inspired by music of Japanese composer Susumu Yakota.