The Story of Baby20: The 2009 CPT/Y-Haven Theatre Project 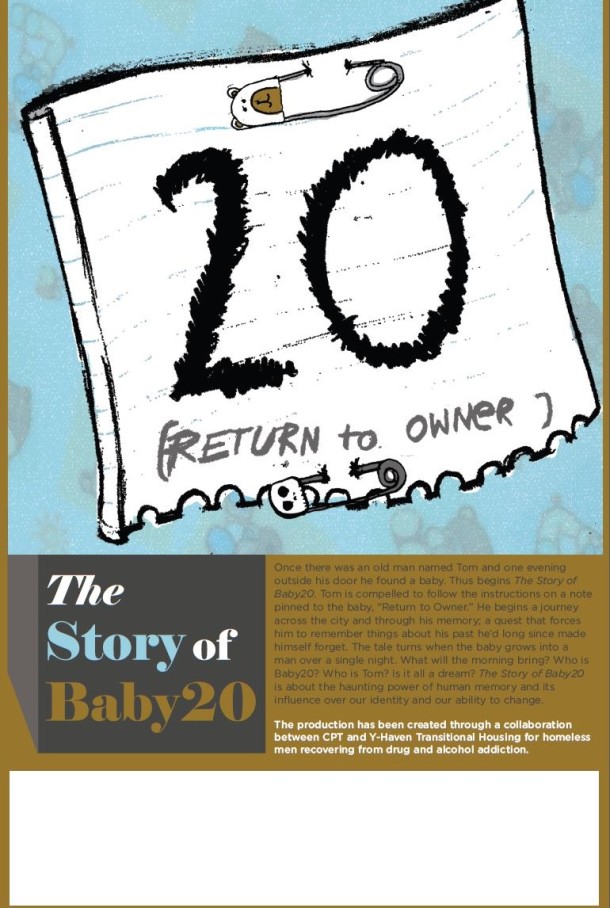 Created by the 2009 Y-Haven Ensemble

Cleveland Public Theatre's Education Department and the Cleveland YMCA's Y-Haven Program present the 2009 CPT/Y-Haven Theatre Project. Now in its 10th year, CPT and Y-Haven, YMCA's transitional home and treatment center for homeless men in recovery from drug and alcohol addiction, have collaborated to create an original performance. CPT Artists work with residents of Y-Haven to create an original play performed by the residents and based on their personal experiences. CPT ORIGINAL WORK. 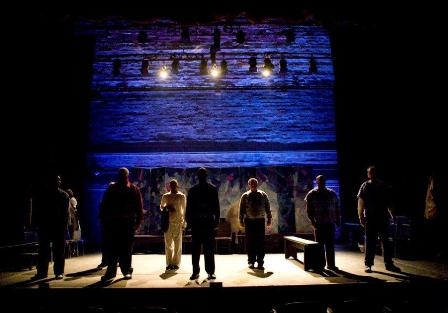 About the play: Once there was an old man named Tom and one evening outside his door he found a baby. Thus begins The Story of Baby20. Tom is compelled to follow the instructions on a note pinned on the baby, “Return to Owner.” He begins a journey across the city and through his memory; a quest that forces him to remember things about his past he;d long since made himself forget. The tale turns when the baby grows into a man over a single night. What will the morning bring? Who is Baby20? Who is Tom? Is it all a dream? The Story of Baby20 is about the haunting power of human memory and its influence over our identity and our ability to change.

This year’s production is guided by Director Denis Griesmer and Writer Kevin Charnas.

Thursday, Friday and Sunday performances are free and open to the public. The Saturday performance will be a benefit for the Y-Haven program.