Why Torture is Wrong and the People Who Love Them 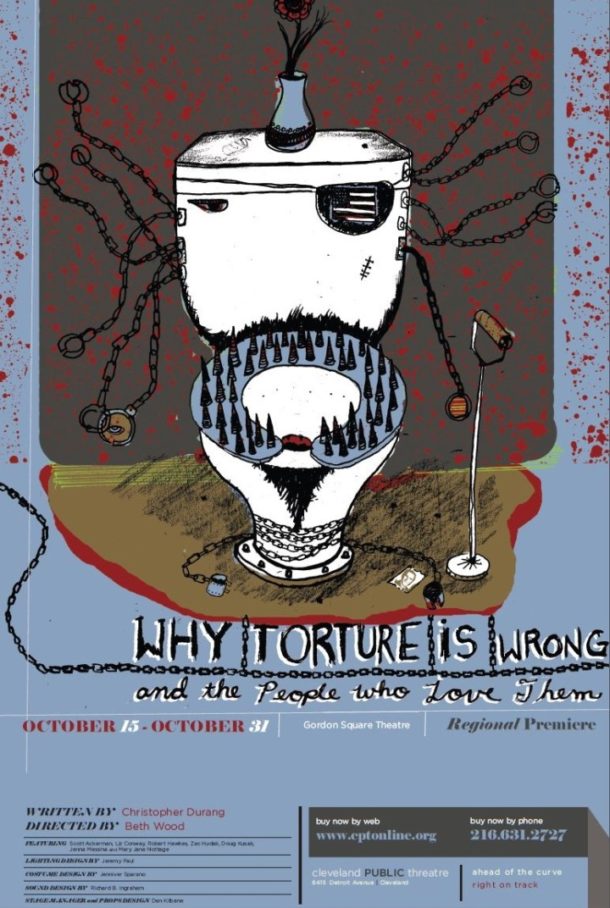 The always absurd and sometimes offensive Durang turns political humor upside down with a raucous and provocative satire about America's growing homeland insecurity. Honing in on our private terrors both at home and abroad, Durang reveals our fears in this bizarre black comedy for an era of yellow, orange, and red alerts. Don't miss the regional premiere of this hilarious and sometimes disturbing new work. Directed by CPT Associate Artistic Director Beth Wood. OHIO AND REGIONAL PREMIERE.

“Why Torture Is Wrong and the People Who Love Them” is one of the funniest, scariest and most relevant plays to appear on the recent American stage. Plucky CPT scores a theatrical coup by producing this timely play, a regional premiere, less than six months after its acclaimed off-Broadway opening. Director Beth Wood and company ratchet up the humor and horror in a first-rate production guaranteed to make you laugh and squirm in equal doses. The cast pulls off the wacky farce with the right amount of zaniness.”
Fran Heller, Cleveland Jewish News