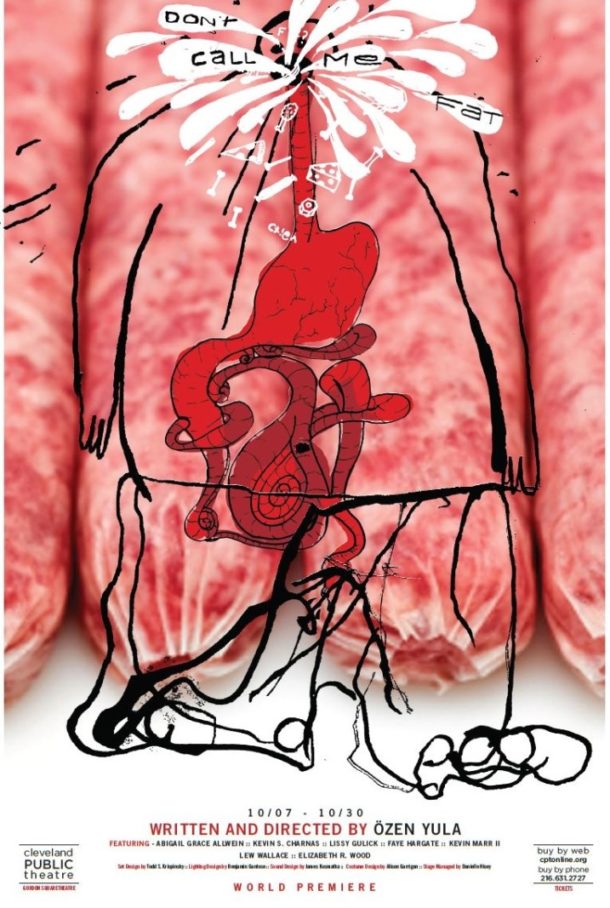 Written and Directed by Ozen Yula

"Don't Call Me Fat" centers around morbidly obese John Doe who can't get out of bed, yet his spiritual self flies overhead in the form of a beautiful trapeze artist. John is driven to make a dangerous decision by his hypercritical Aunt Jane and his manipulating therapist. He will undergo a radical new surgery that will make him thin or kill him, and he stumbles into world fame as a reality show star... Featuring a strong ensemble of performers, "Don't Call Me Fat" is a darkly funny commentary on excess consumption and our need for reduction and redemption. Don't miss this visually stunning world premiere event! WORLD PREMIERE. CPT is honored to host this world premiere, created for CPT by internationally acclaimed Turkish writer and director Ozen Yula. Don’t Call Me Fat follows one man’s grasping attempt to go from obesity to celebrity. Onstage in the Gordon Square Theatre from October 7 – October 30 (Paid previews on October 7 and 8; Opening Night is on Saturday, October 9).

Ozen Yula has been in residence at CPT and Cleveland State University as part of Cleveland Foundation’s Creative Fusion program, a multi-year initiative that brings accomplished artists from diverse cultures to Cleveland.

Yula is one of the world’s most daring, avant-garde playwrights and directors. His collected plays have been published in 5 volumes and translated into more than 10 languages, including Bosnian and Arabic. His work is characterized as dark, comical, visually daring and at the forefront of controversial issues of social justice and human rights facing our global society. His other collected works, including novels, short story collections and essays, have been printed by several publishing companies. He has written 8 books and his works have been performed around the globe.