For the eleventh year in a row, CPT's season centerpiece, Big Box, provides local artists with the opportunity to create and produce new work. Over eight weeks, Big Box includes more than ten world premiere workshop showings of theatre, dance, opera, and genre-defying performances. Cleveland Public Theatre is proud to support and foster the work of area artists in this unique program. Artists are given keys to The James Levin Theatre and the freedom to transform the space for the presentation of their work. Research and Development. 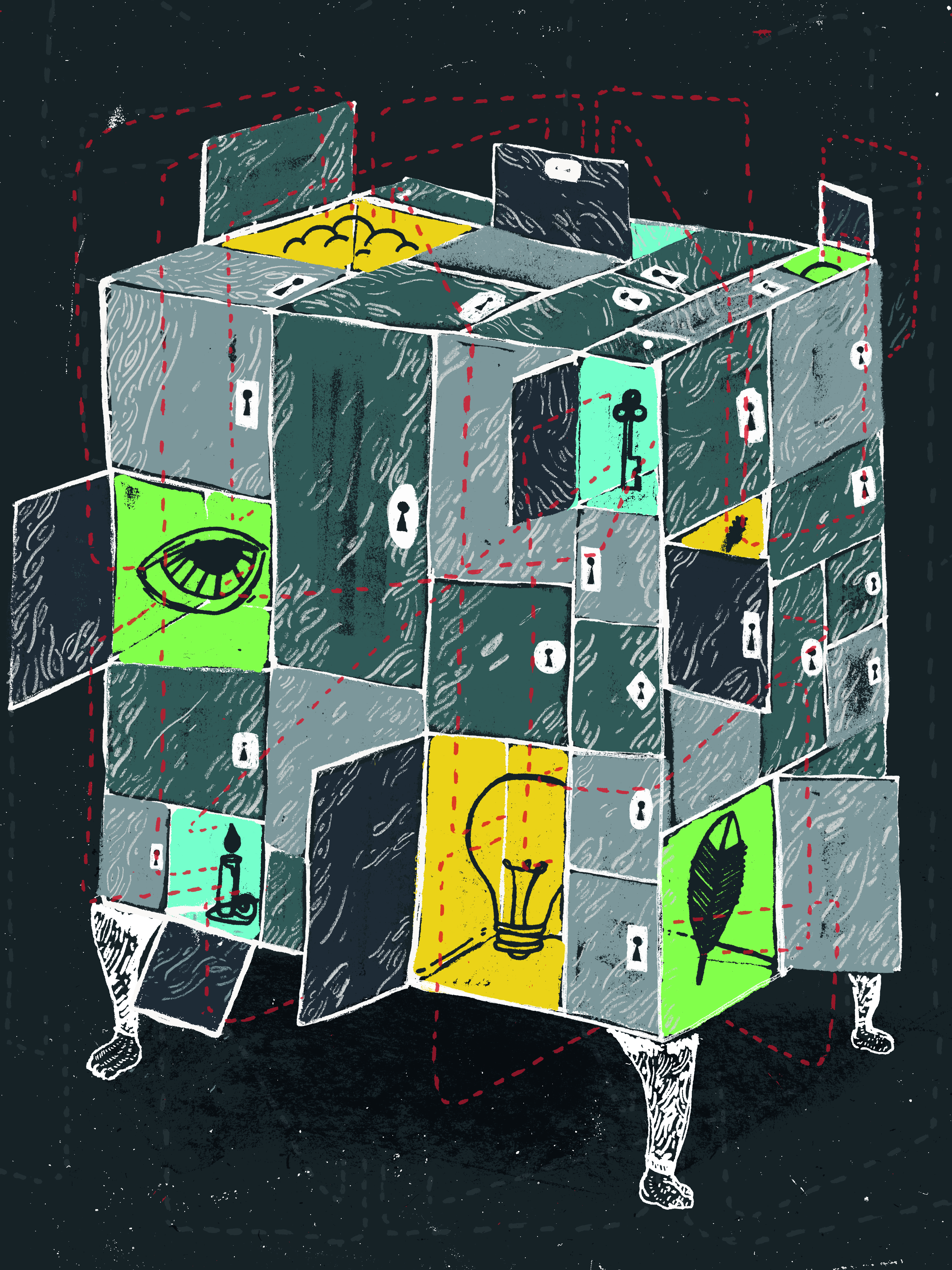 The goal of Big Box is to support new work and local artists. CPT provides:

The artists provide the rest! The writers, directors, actors, and designers selected for Big Box dedicate themselves to creating new and original work, or stretching their artistic powers by working in new disciplines.

Free Radical and the late night Sketchbook part 2: the wedding

Written and Performed by Christine Howey
Directed by Scott Plate

Howey, one of Cleveland’s most respected theatre critics, takes the stage to showcase her original poetry and shares her autobiographical transgender journey in this one-woman show.

The evening begins with poems, monologues and dialogues all touching on the human condition. Join Howey as she wonders what Beowulf had for breakfast, who decided to make the “k” silent at the start of a word when the letter “n” immediately follows and how it feels to be in forbidden love.

However, social commentary turns to the personal when Howey shares her journey from Richard to Christine. Beginning in 1950 as a boy wanting to be a girl and concluding in adulthood, the piece explores the pain, confusion and joy of seeking a gender that does not match one’s body.

Artist Bio:
Christine Howey has had poems published in Pudding Magazine, Muse Quarterly and in the anthology What I Knew Before I Knew by Kattywompus Press. Her first poetry chapbook, If You Find Yourself Submerged in a Pond Under Ice, was published in 2011. Christine is a former stage actor and director, primarily at Dobama Theatre. Her on-stage roles included Richard Nixon (An Evening with Richard Nixon), Bitos/Robespierre (Poor Bitos), Joseph Goebbels (The Resistible Rise of Artuo Ui), Lucifer (The Creation of the World and Other Business) and God (Steambath). Christine has been a theater critic for 15 years and currently reviews plays for Cleveland Scene and her blog, Rave and Pan. She also has written numerous theater reviews and related articles for The Plain Dealer, Cleveland Free Times, and City Pages in Minneapolis, MN.

FreeRadical and The Late Night Sketchbook

Crisis often propels us into questioning our world and assumptions about life.

Robertson collaborates with an ensemble of actors using dialogue and movement to consider “What happens when the world passes you by?” Are we remembered by what we confess or by the fanciful narratives we create? What is the boundary between what we think is the truth and what we want the truth to be?

Artist Bio:
Pandora Robertson was a 2011-2012 CPT Joan Yellen Horvitz Director Fellow. She performed in CPT’s Wanderlust: A History of Walking, conceived and directed 13 Most American Dreams, Crash Project for At-TEN-tion Span, World Wide Dream Stream: Digitally Dipping into the Subconscious for Pandemonium 2011 and Voice Over for Big Box 2011. Pandora has worked extensively in Northeast Ohio as a director, actor, choreographer and dancer, with among others Great Lakes Theatre, Cleveland Play House, Dobama Theatre, Porthouse Theatre, convergence-continuum and Ensemble Theatre. She danced for seven years with Ohio Ballet under the direction of Heinz Poll. Other professional dance credits include Les Grands Ballets Canadiens, Boston Repertory Ballet, Atlanta Ballet and an appearance with The Twyla Tharp Dance Company on Broadway. Training includes MA in Theater Arts from Case Western Reserve University and intensives with The Dell’Arte International School of Physical Theatre, Pig Iron Theatre, The Siti Company and Raymond Bobgan at Cleveland Public Theatre.