This is not a play. This is a transmission. You cannot buy a ticket to this special performance.

Red Ash Mosaic will perform in two cities in collaboration with ensemble-based companies Mondo Bizarro & ArtSpot Productions (in their collective space: Catapult) and Available Light Theatre. The Cleveland Core Ensemble will also be sharing Red Ash Mosaic in Cleveland through invitation only showings.

Click here to request an invitation to the Cleveland showing.

*Except “Negrume Da Noite,” a traditional song by Ilê Aiyê 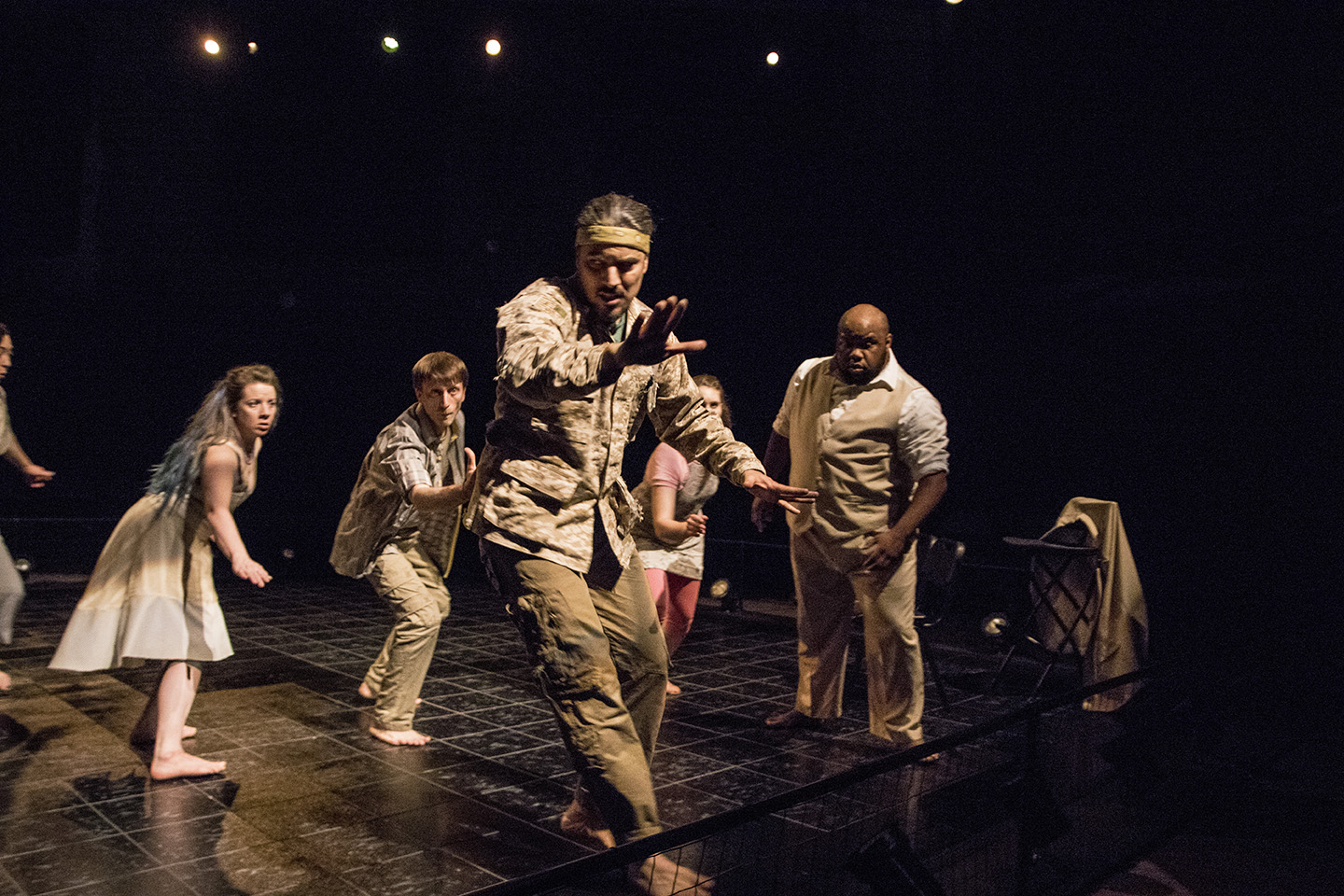 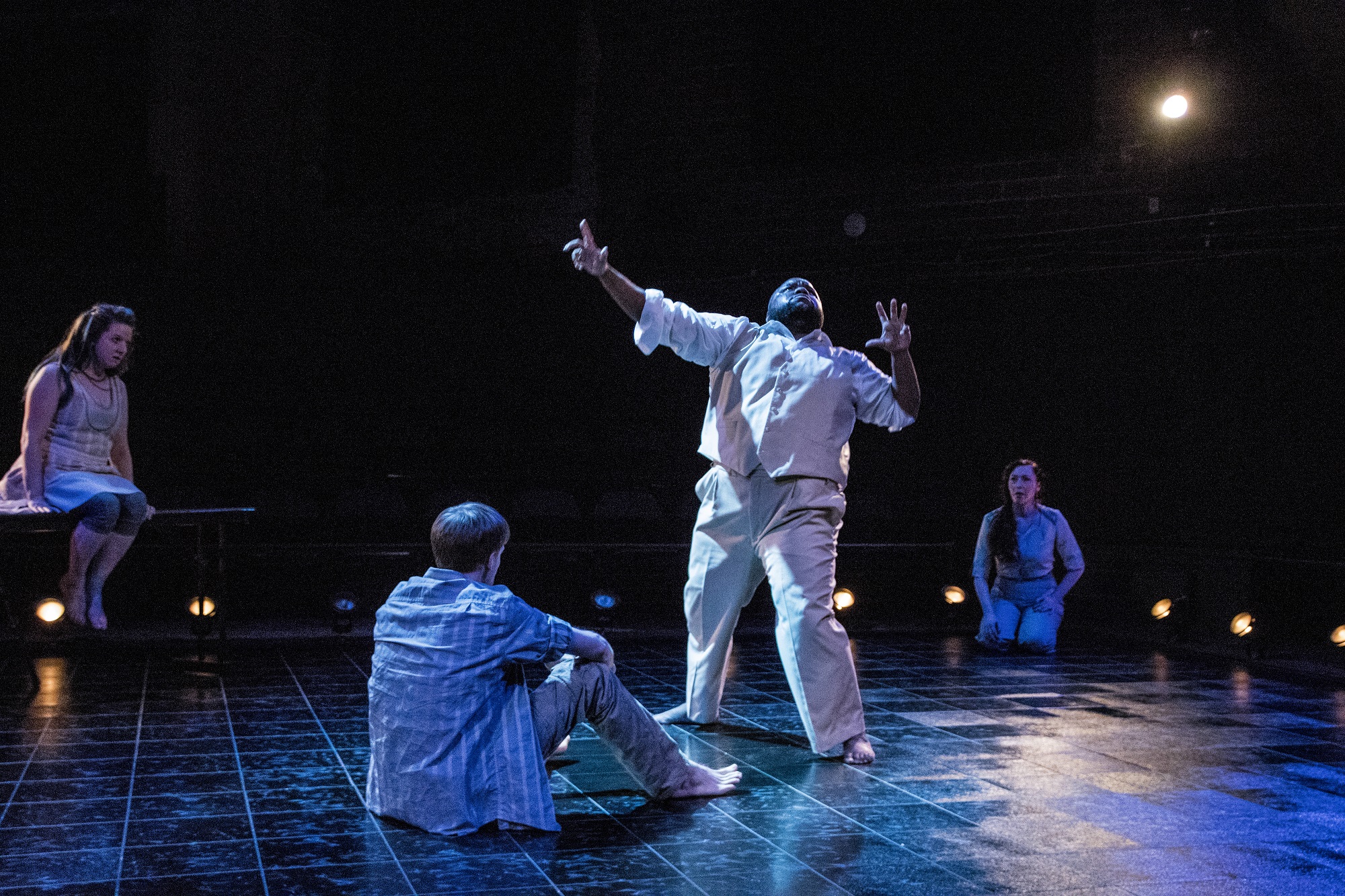 Red Ash Mosaic is an experiment in theatrical form, with interwoven and contradictory narrative threads, powerful physical action, chanting, and poetic texts – designed not to show, but to invoke; not a presentation, but a transmission. Beginning in the daily doldrums of a video game store, Red Ash Mosaic erupts into a fracturing of realities and parallel lives launching into an otherworldly land of dreams, spirits, and the awakening of one man as he confronts his own death/life.

Raymond Bobgan’s past theatrical work has been seen in Romania, Brazil, Denmark, Serbia, Turkey, the United Kingdom, and Canada, but since taking on the leadership position at CPT, Bobgan has focused on his artistic work within the Cleveland community. National theatre artists and leaders witnessed the world premiere production of Red Ash Mosaic through CPT’s growing network of collaborators and at the National New Play Network’s 2017 conference. Based on their overwhelmingly positive response and comments about how unique the work is, Bobgan and Cleveland Core Ensemble began thinking about touring once again. 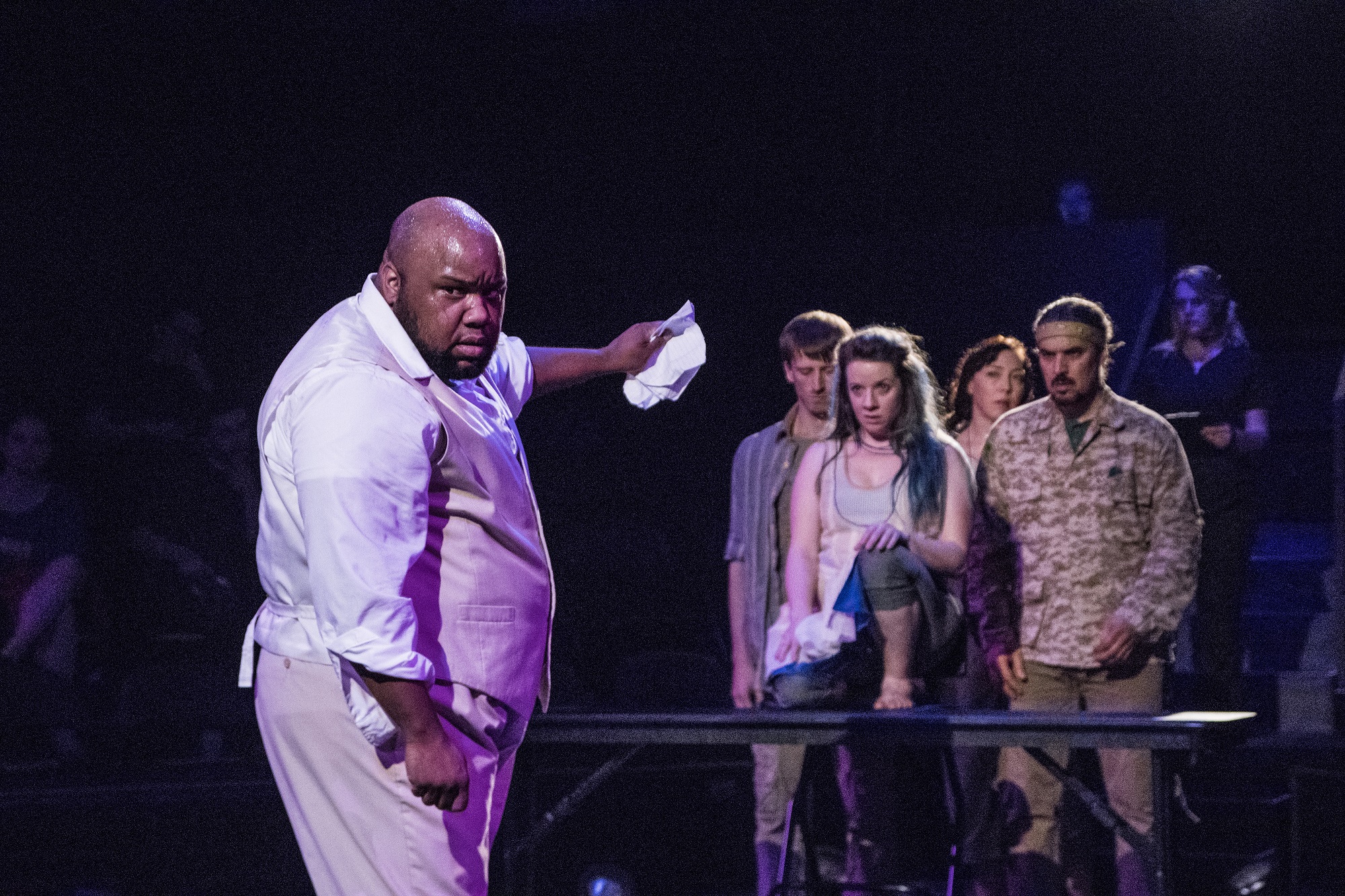 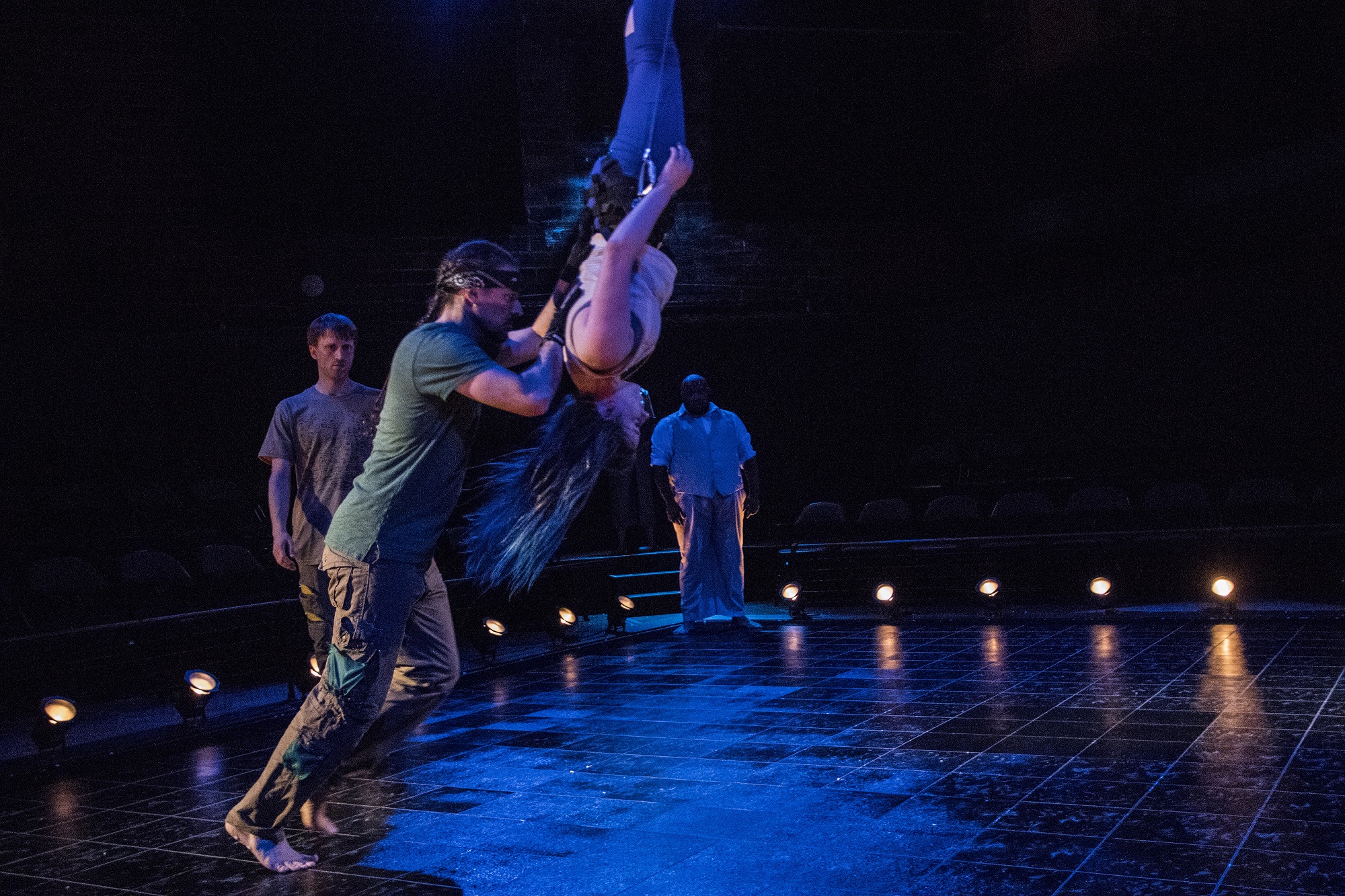 In 2012, CPT Executive Artistic Director Raymond Bobgan began working with a group of actors to create Rusted Heart Broadcast. The principles of this work were guided by Raymond’s long experience in ensemble theatre creation. Raymond formed a core group of actors to continue working together as an ensemble company, aligning with the Network of Ensemble Theaters, a national organization of which CPT is a member, which defines ensembles as “a group of individuals dedicated to collaborative creation, committed to working together consistently over years to develop a distinctive body of work and practices.”

As part of its growth, the group claimed a name—Cleveland Core Ensemble—and is working on a multitude of projects. The ensemble is made up of Raymond Bobgan, Faye Hargate, Adam Seeholzer, and Darius Stubbs. On occasion, other actors will work inside the ensemble as guests and the ensemble will continue to be part of other theatrical projects, both independently and as company members. The purpose of the ensemble goes beyond the creation of new work, as it also influences the approach to theatre throughout the season, instills core values in the broader artistic work of CPT, contributes to CPT’s community work in events like Station Hope, and forms the pedagogical basis for CPT’s education programs. Click here to read more about Cleveland Core Ensemble.