THE ART OF LONGING 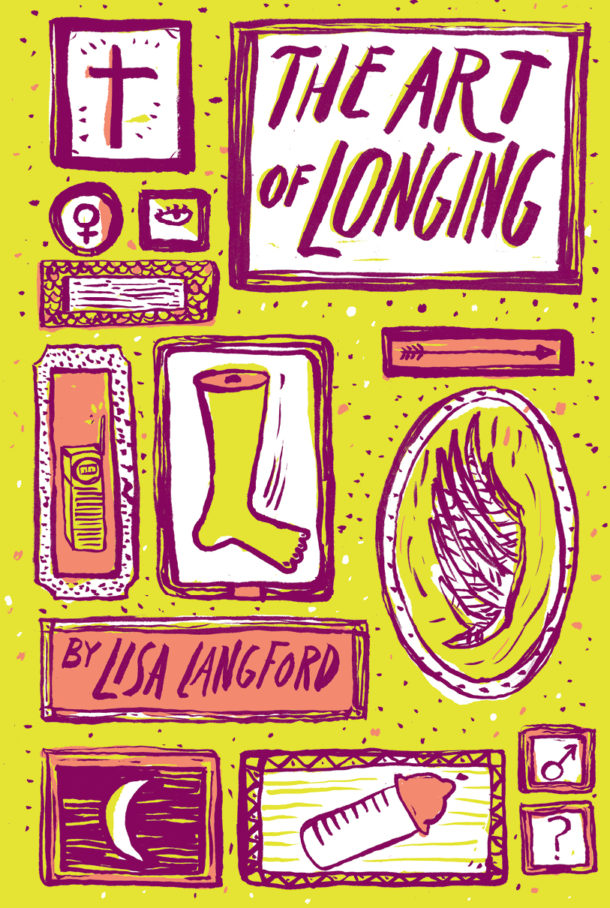 Set in Cleveland, The Art of Longing follows the lives of three “third-shift” people—those who guard and take care while the rest of us sleep. The characters’ secrets mask deeply held yearnings that manifest in fantastical abilities and anatomical switch-ups. Race, gender and the nature of art are at the focal point of this theatrical experiment. The Art of Longing fashions a world where dreams and reality interpenetrate each other. World Premiere. 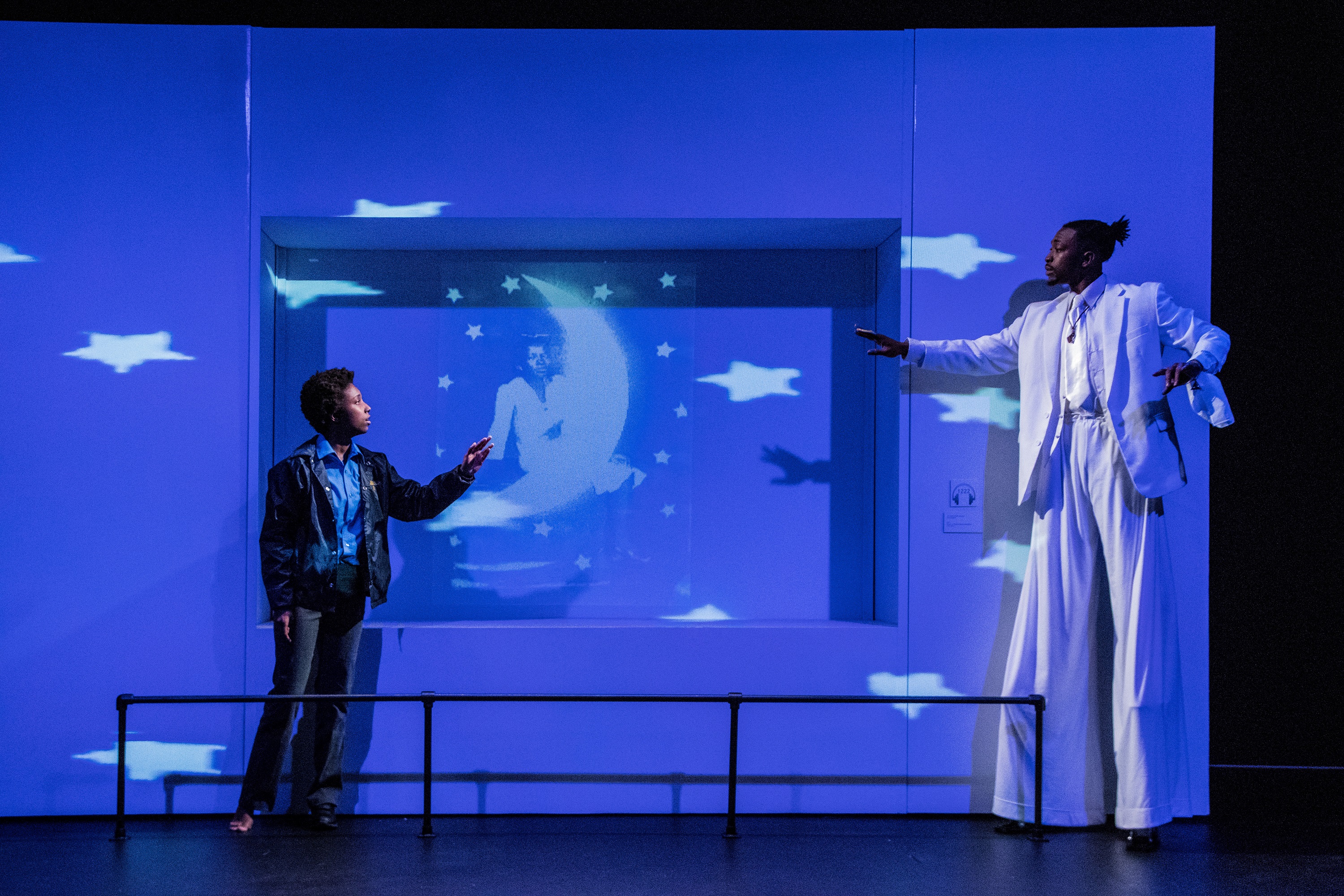 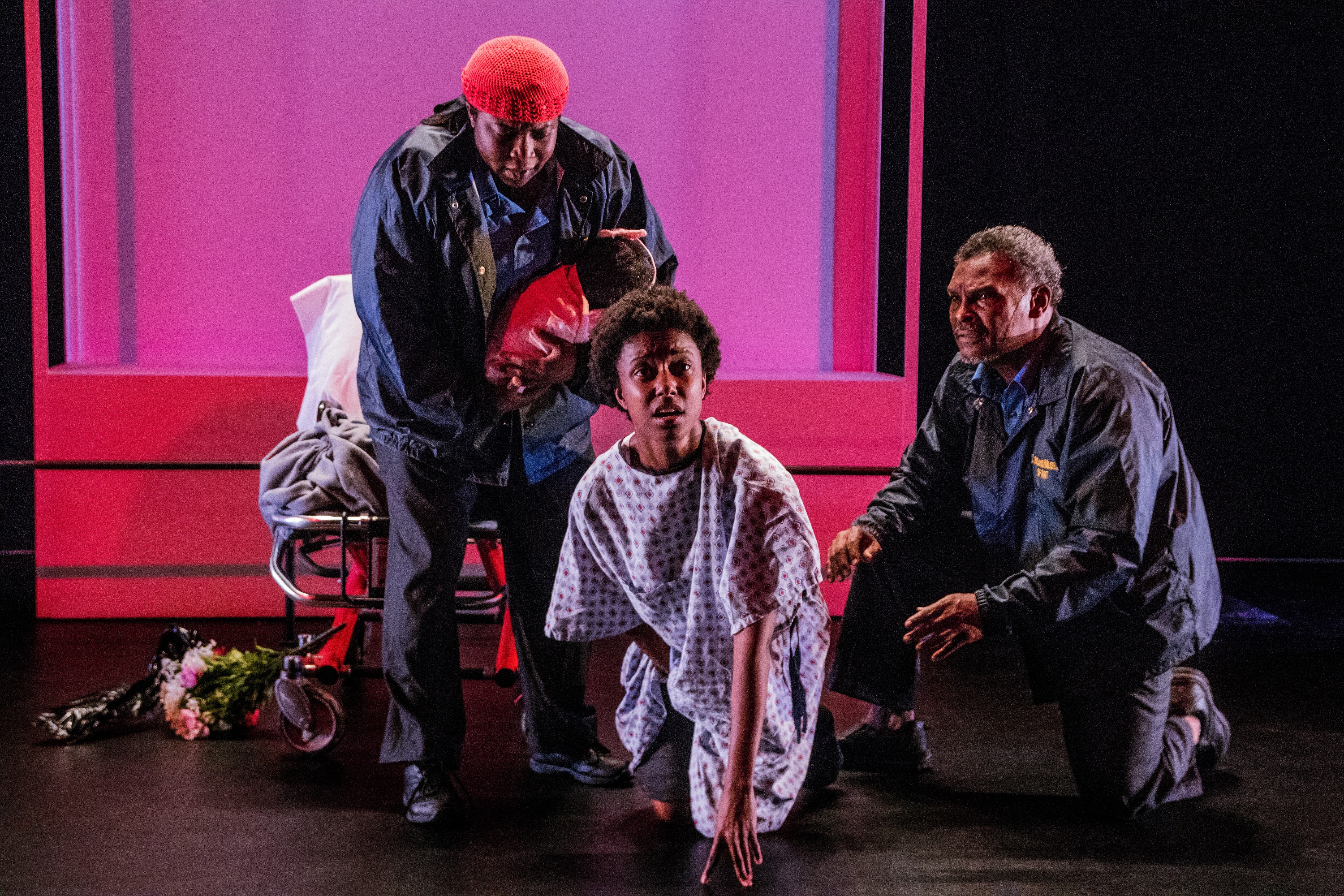 ABOUT THE PLAYWRIGHT: Lisa Langford 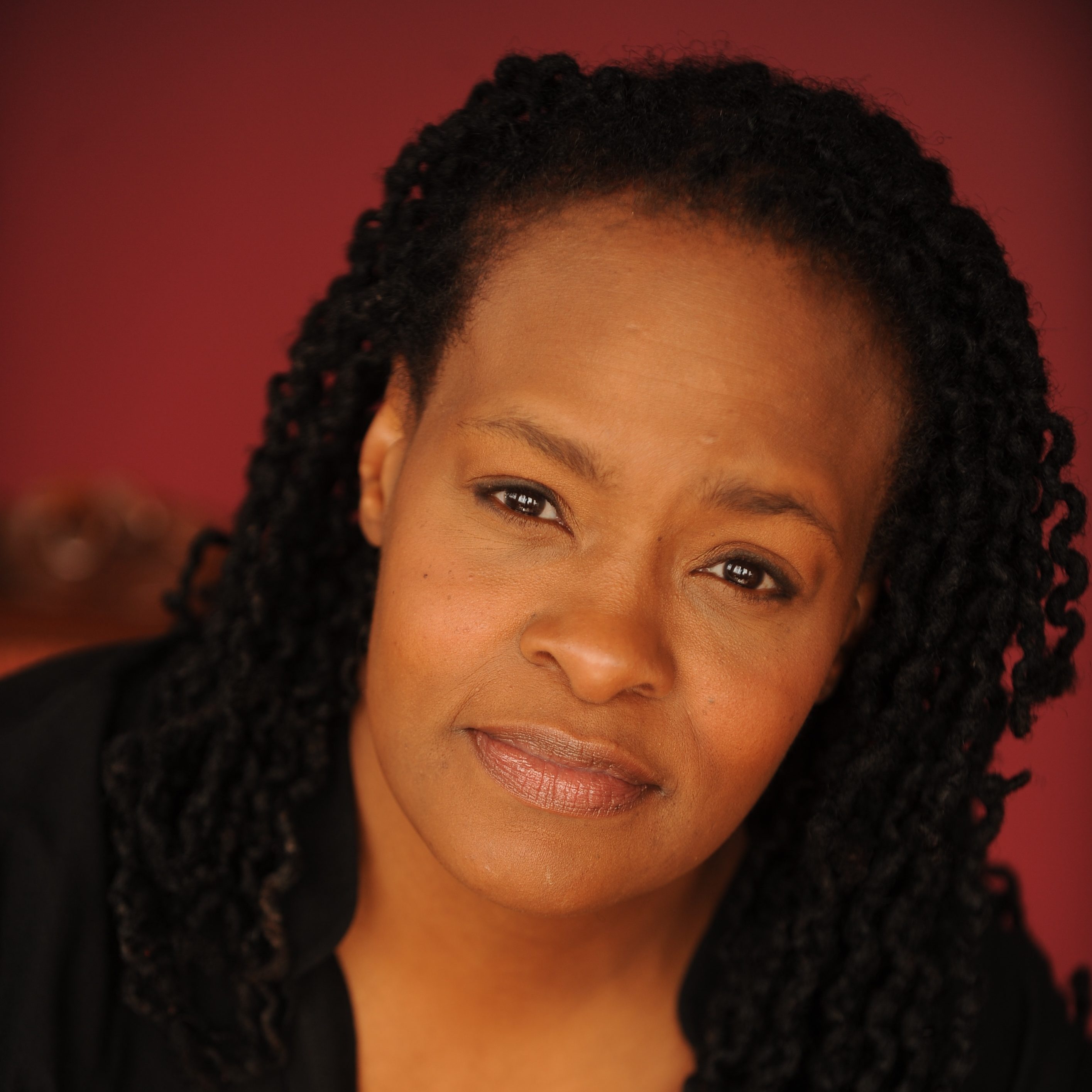 Lisa Langford, a graduate of Harvard University, is an actress and playwright. In addition to television and film, Lisa has acted Off-Broadway (Playwrights Horizons), regionally (LaJolla Playhouse, Old Globe, Actors Theatre of Louisville) and locally (Cleveland Play House, Dobama and Mamaí). Her plays have appeared at Cleveland Public Theatre (InCogNegro [Big Box 2009], The Negro Perkins [Big Box 2012] and The Bomb [Station Hope 2016]) and convergence-continuum (Outside/In: The Fattening House and The Split Show). Lisa has also been a copywriter, a journalist and a member of the creative team that launched the late Dr. Maya Angelou’s greeting card line. She received her MFA from Cleveland State and is a member of Zeta Phi Beta Sorority, Inc.

ABOUT THE DIRECTOR: Jimmie Woody 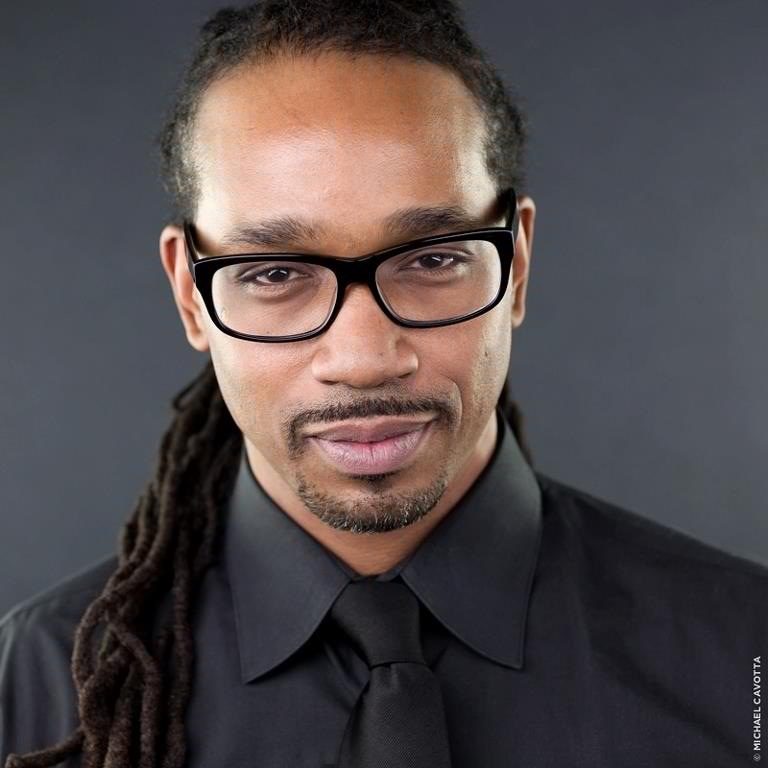 As an actor, Jimmie has appeared in numerous productions throughout the Cleveland area and in NYC. Jimmie received his MFA in acting from Columbia University. He is a 2012 Creative Workforce Fellow and is currently a Resident Teaching Artist of Theater and Digital Media at Center for Arts-Inspired Learning and an acting professor at Cuyahoga Community College. 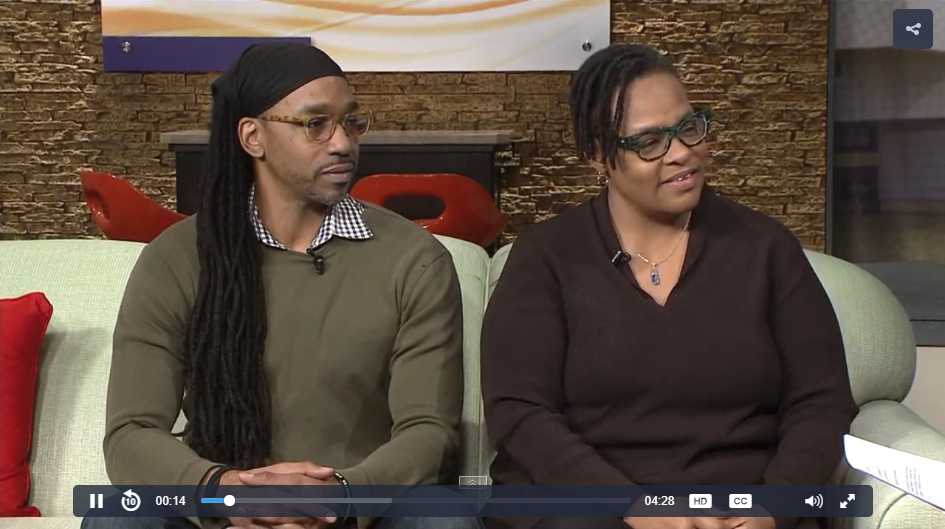 “It follows three third-shift security guards at the Cleveland Museum of Art, and all three of them have these deep-seated longings that are reflected in the art around them. And because it’s nighttime, all sorts of magical, crazy, fun, artistic things happen.”

Click here or on the thumbnail to the right to watch an interview with The Art of Longing Playwright Lisa Langford and Director Jimmie Woody on WKYC’s Lakeside Today.

The Art of Longing is an invitation to enter into another world.

Just like the paintings it ponders, the play asks viewers to approach with a childlike openness and to respond with the full weight of life’s experiences.

For me, this story resembles the fragmentary stories of Borges and Calvino, or the newly popular micro-fiction, in its innuendo, inference and call for suspension of disbelief. So I try to solve the mystery while accepting that the mystery to be solved is not one that can be easily spoken or explained. If it were, perhaps it would not need to be expressed on the stage.

I am so thrilled to be supporting Lisa Langford’s work because she writes first for her own truth — and the content and form follow that impulse and its repercussions. Her work defies the molds set throughout the last two centuries and charts a course of its own, for its own expression and purpose. 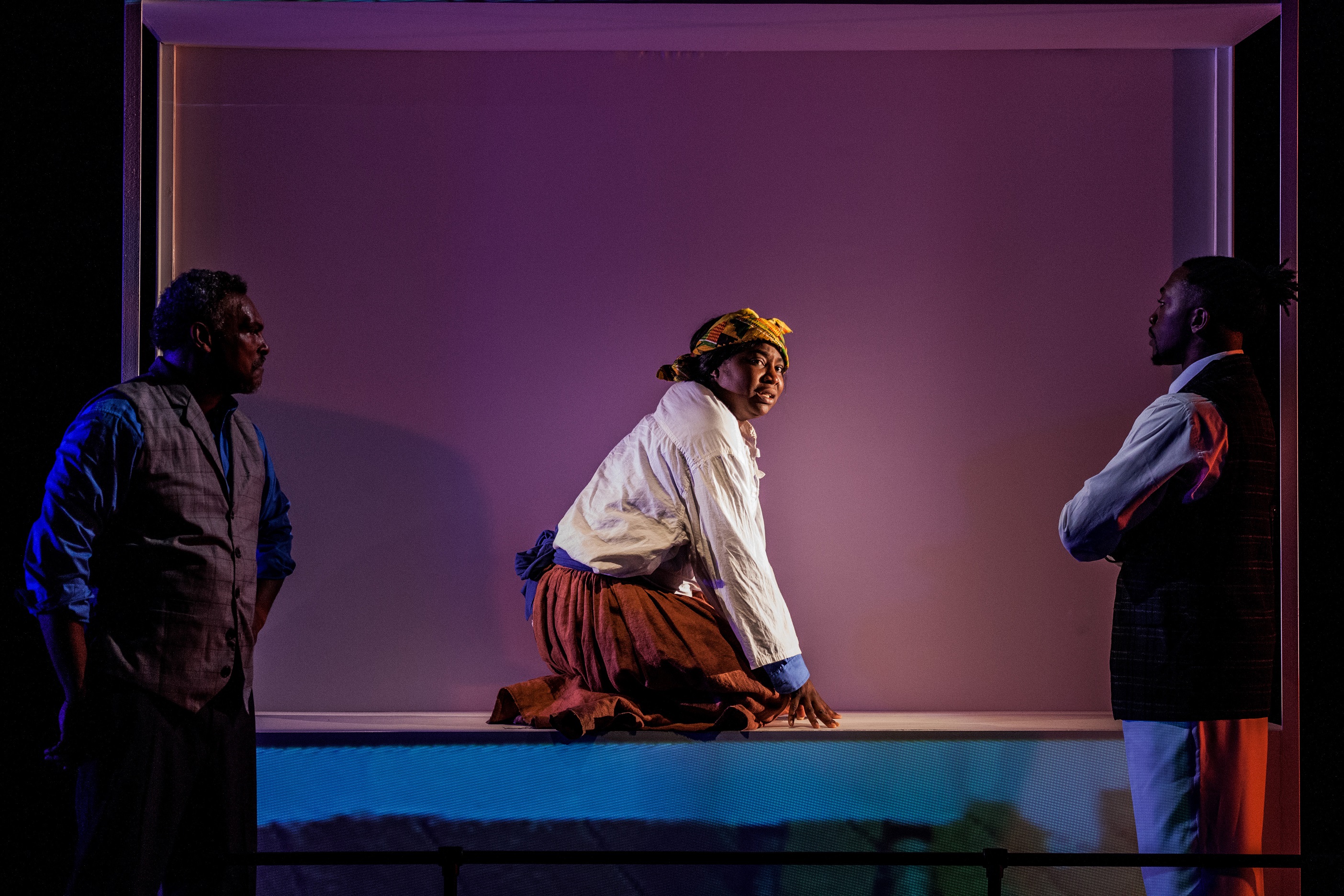 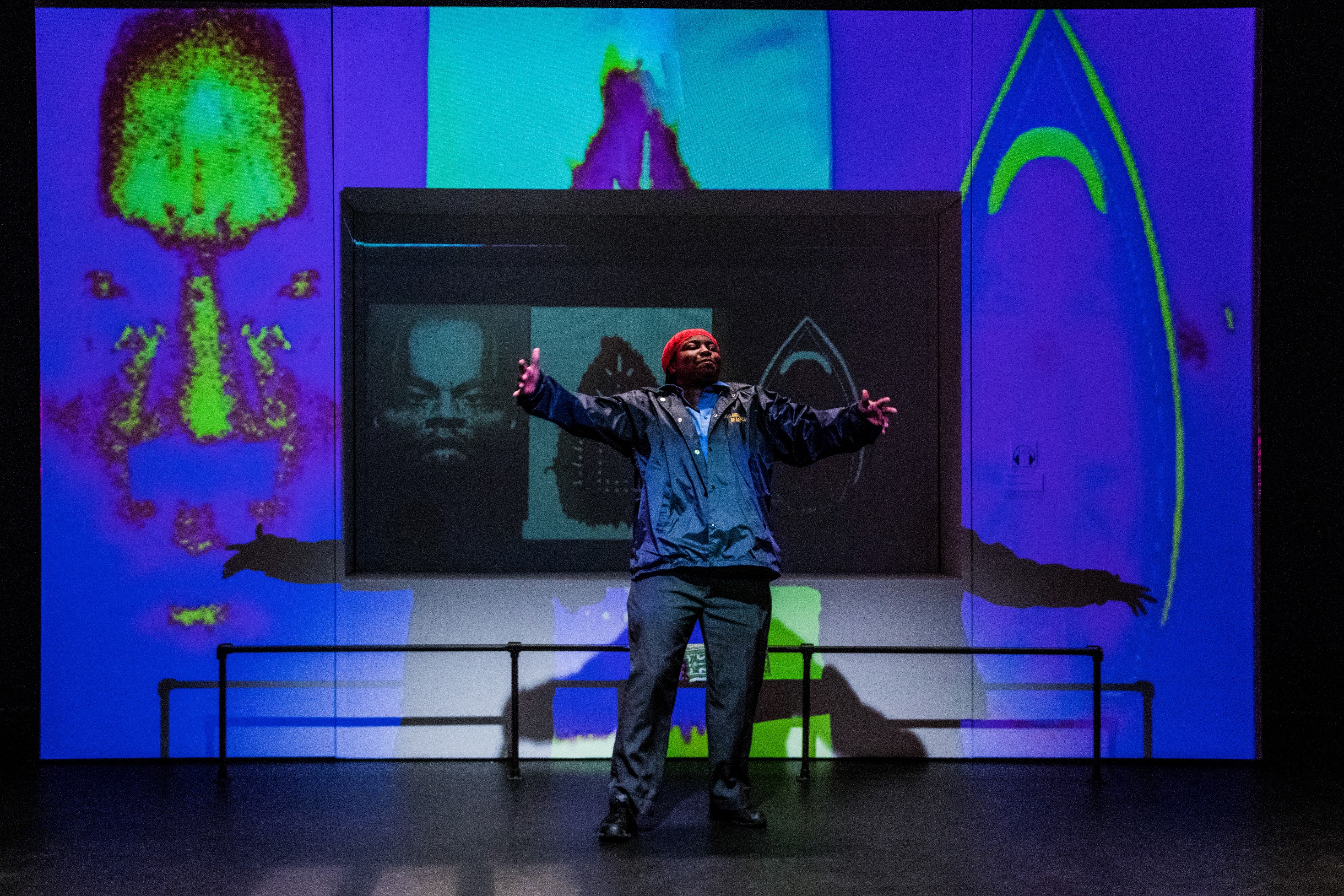 “There’s magic in the night. There’s something about waking up at 3 o’clock in the morning… no one else is up, the world is mine, and that’s a special time. I wanted to capture that spark of potentiality of, like, it’s the middle of the night – we could do anything!”

-Lisa Langford, Playwright of The Art of Longing 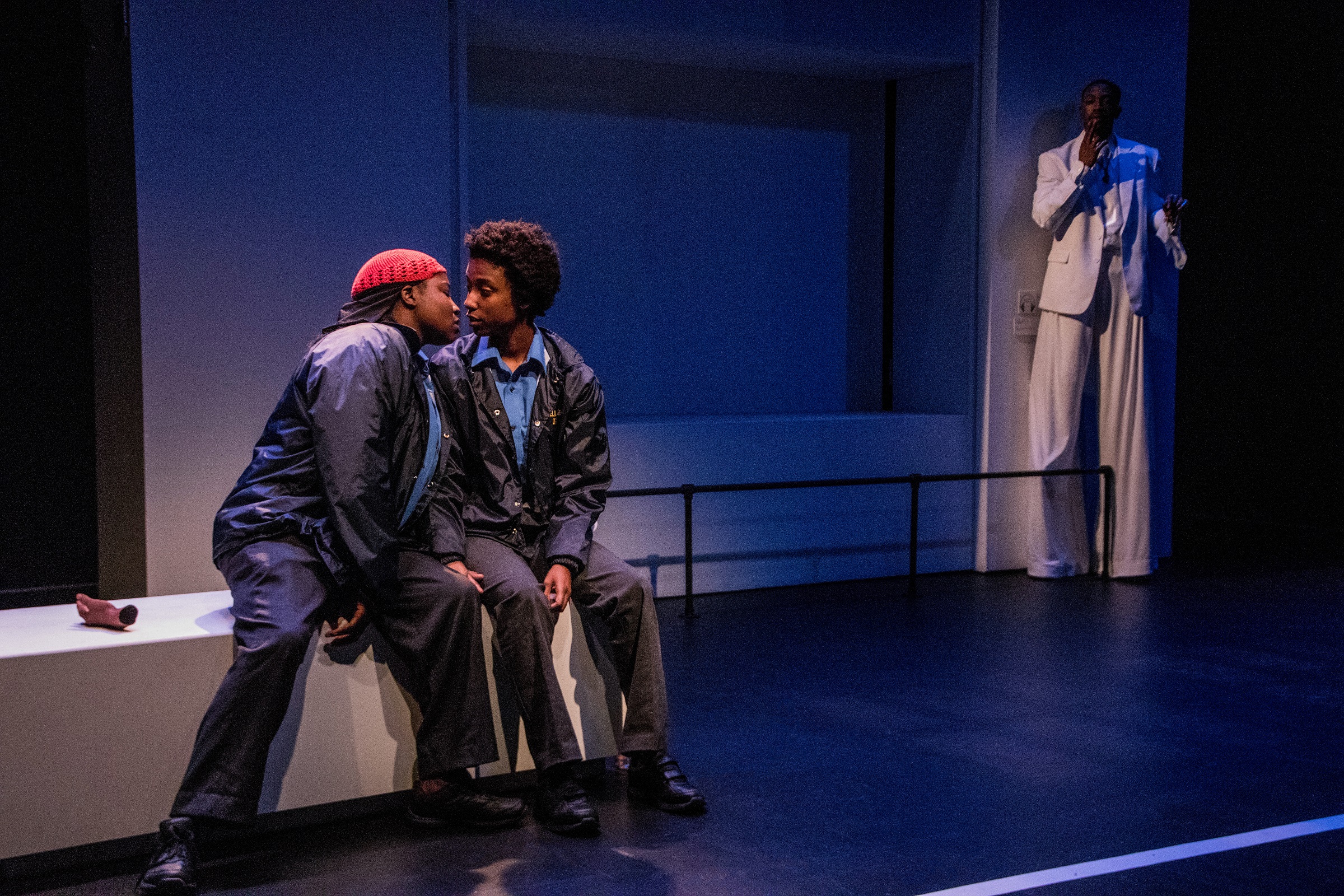 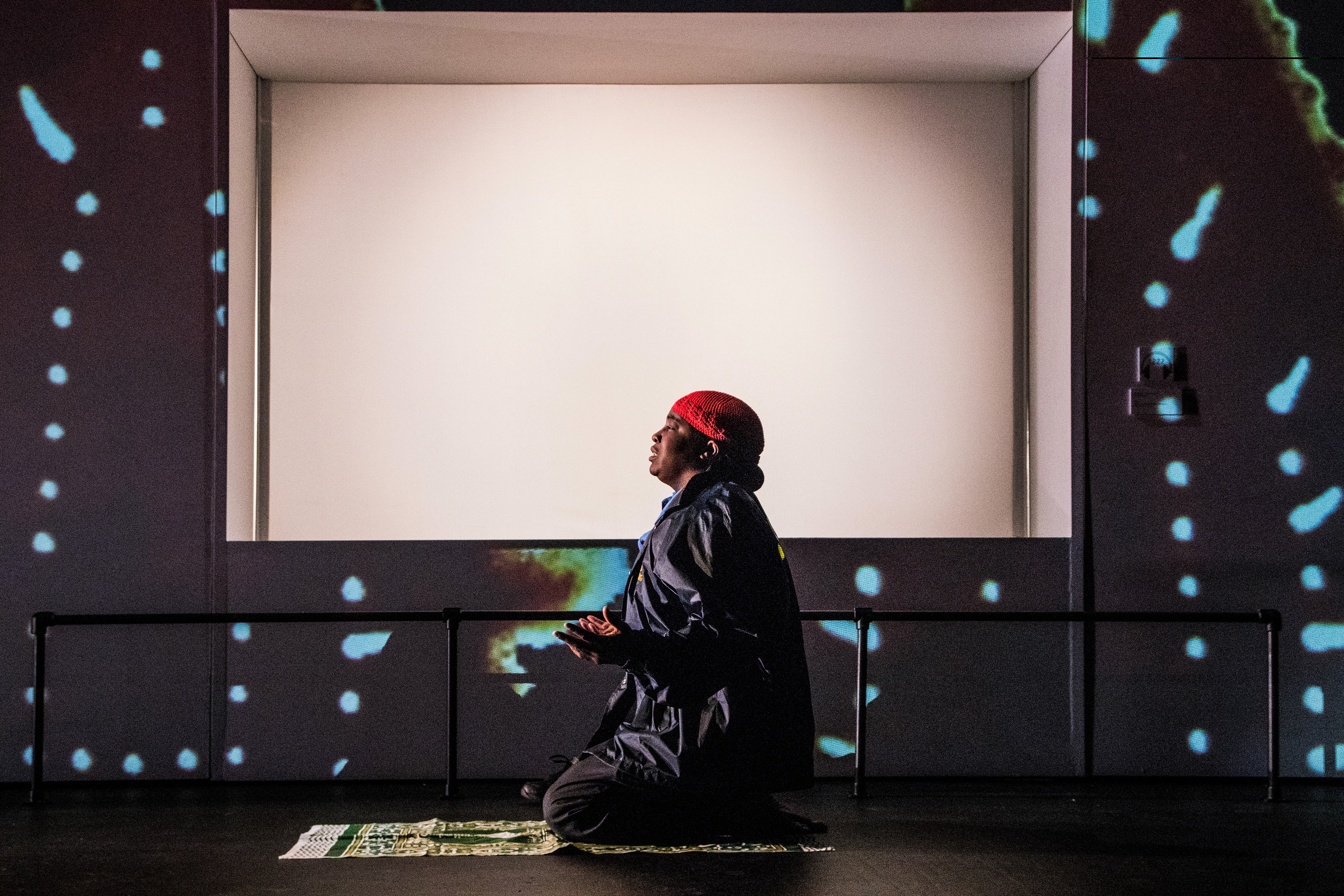 Meet the Characters in The Art of Longing

(Some of them have a few surprises up their sleeves…) 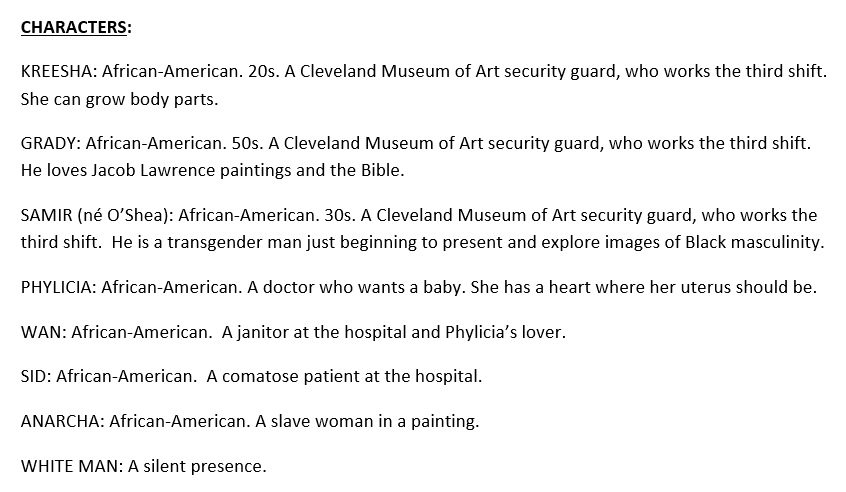 The Art of Longing features three works in the Cleveland Museum of Art’s permanent collection, infusing the magical reality of the play with the powerful imagery of African American artists. 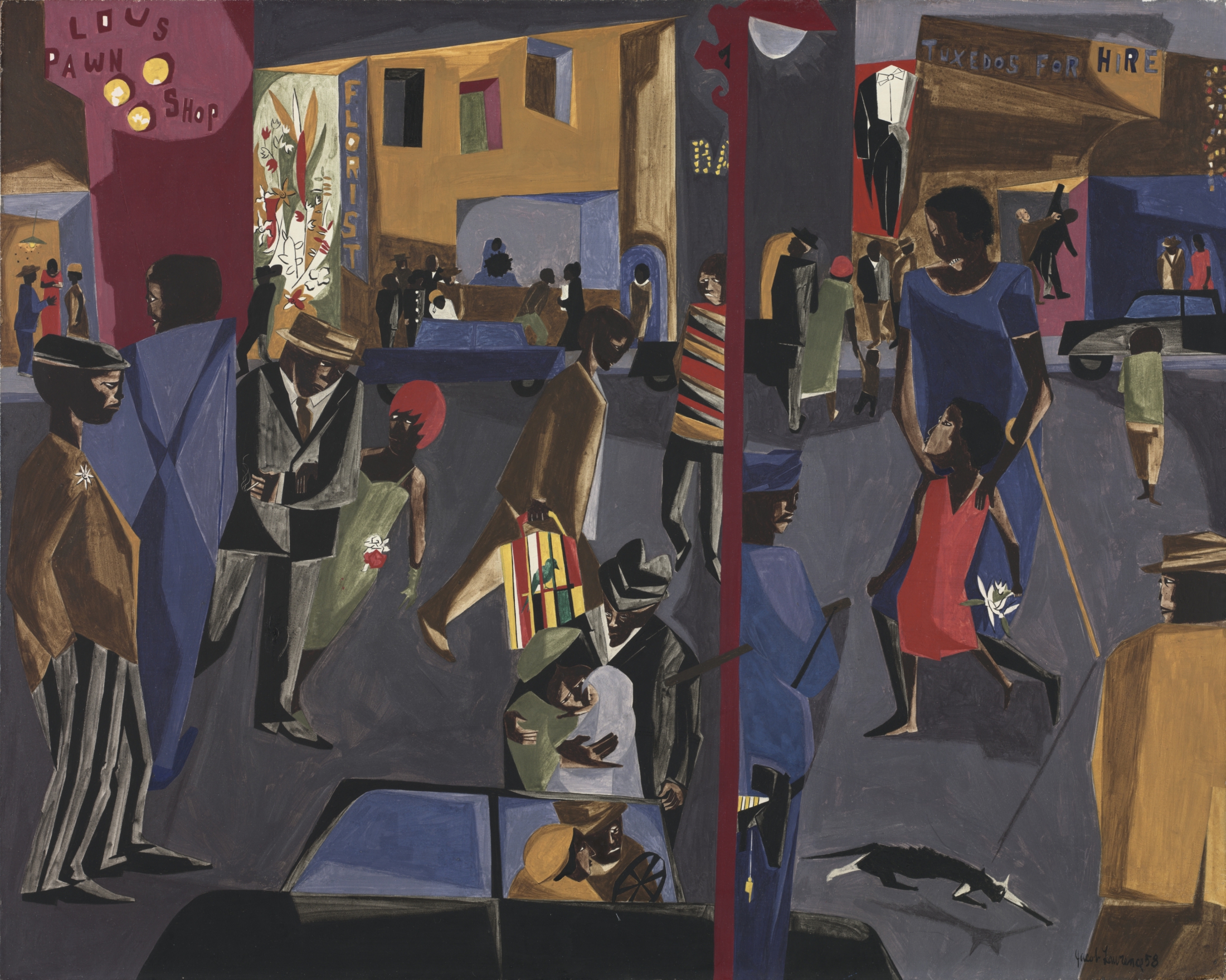 Having moved to Harlem as a teenager, Lawrence would become the first major artist trained entirely within the neighborhood’s African American community. Throughout his long career he believed art should be a quest for both self and social identity, a notion reflected in this work, one of his liveliest and largest paintings. Teeming with more than forty figures, it depicts the vibrant streetscape at the intersection of Fulton Street (now Harriet Tubman Avenue) and Nostrand Avenue in Brooklyn, near where the artist lived at the time.

Pictured: Fulton and Nostrand. Image courtesy of the Cleveland Museum of Art. Click the image to enlarge. 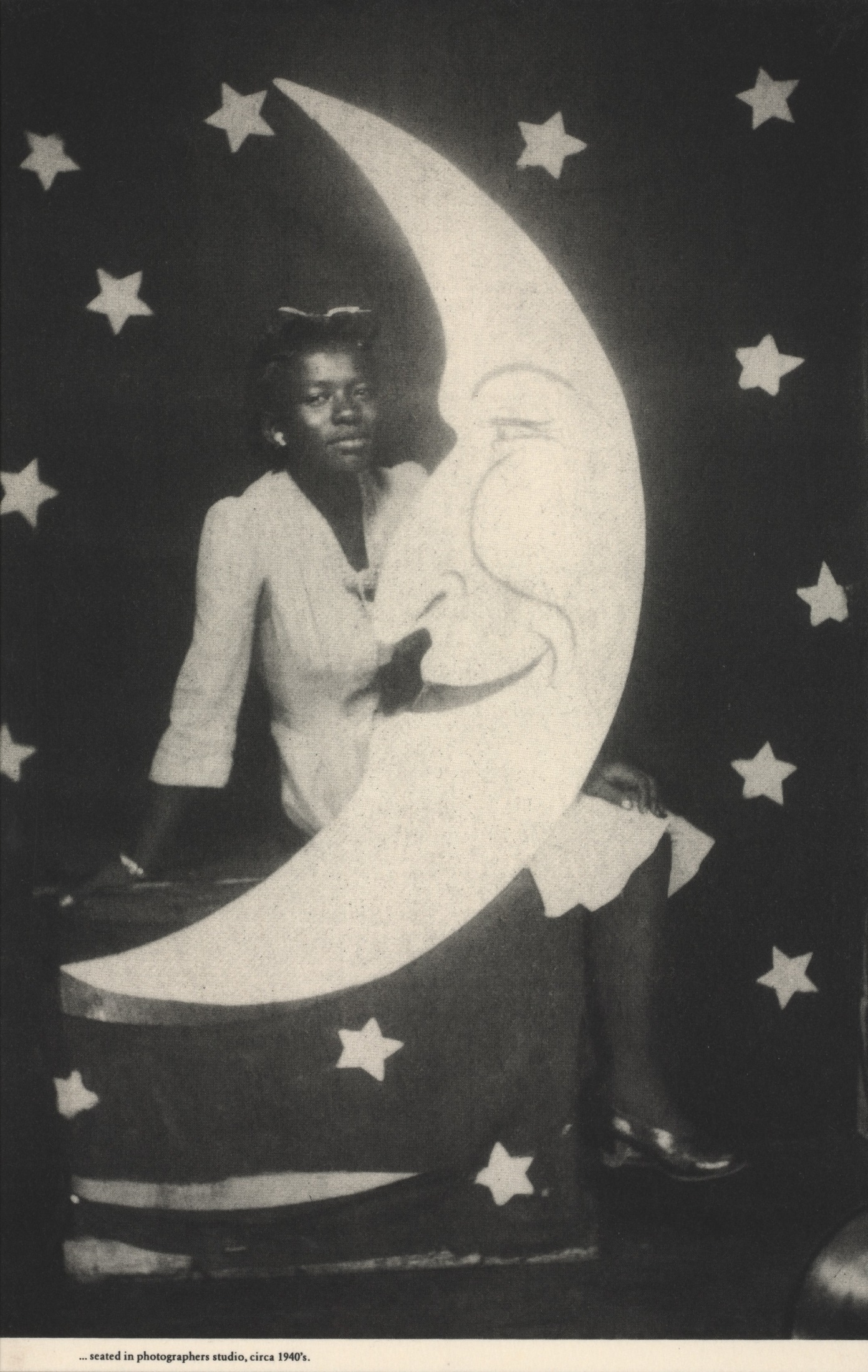 Simpson comments on the historical fact that African American women were rarely glamorized in Hollywood productions of the 1940s, as their role in films was most often limited to that of household servant. The left panel depicts a melancholy African American woman in a white dress posing amidst a blatantly fake moon and stars. On the right a detail of Lena Horn is barely recognizable because the edges of the support sever her face and body, literally marginalizing the famous singer. Printing on felt causes muted contrasts and natural blurriness; Backdrops Circa 1940s is thus an excellent example of how form can strengthen content.

Pictured: The left panel of Backdrops Circa 1940s. Image courtesy of the Cleveland Museum of Art. Click the image to enlarge. 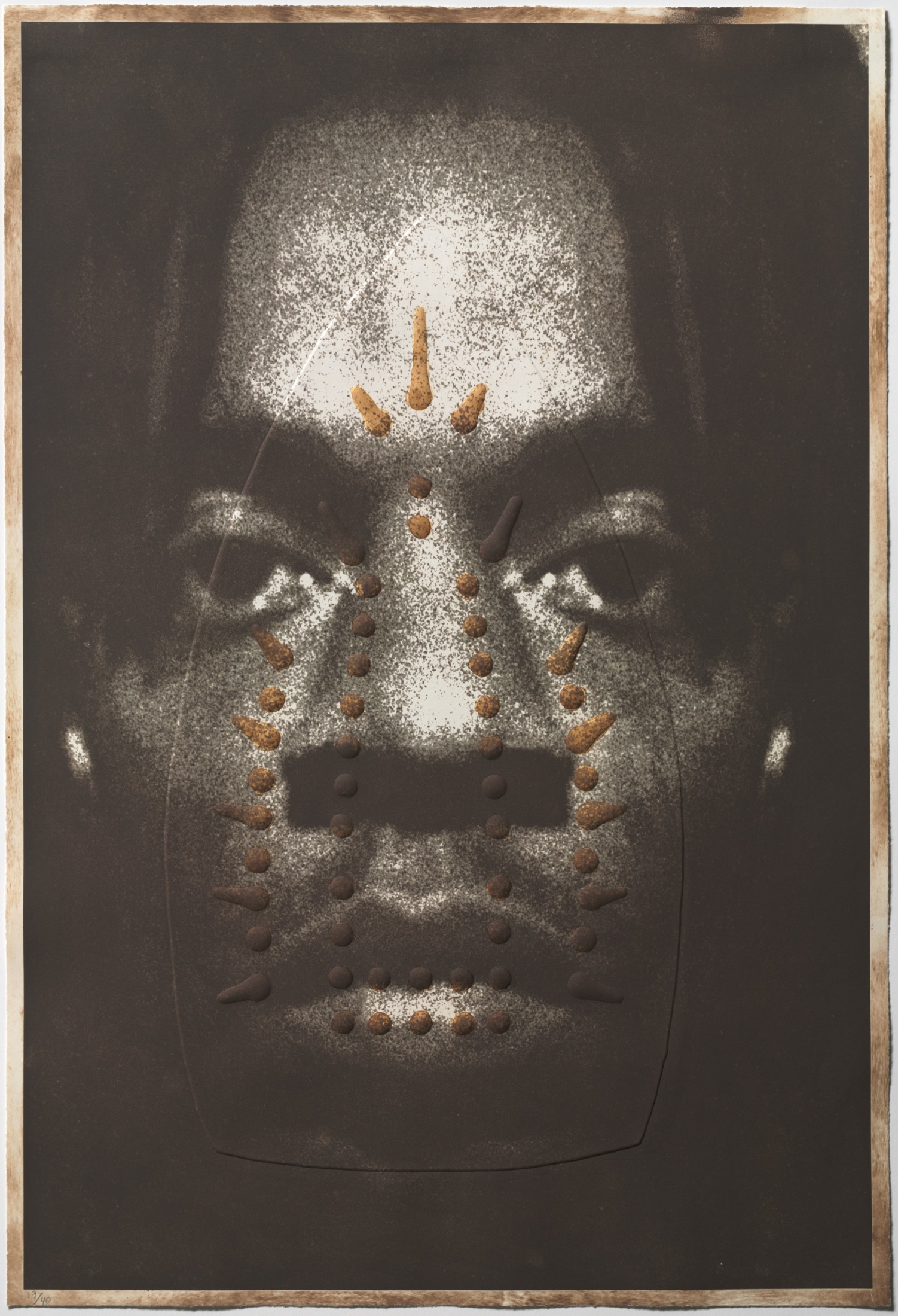 Cole created a dialogue between blacks’ ancestral home in Africa and their forced resettlement in America using his self-portrait and a favorite item, the steam iron. In Man, the first panel of this tryptich, a photograph of Cole’s face is covered with the embossed pattern of the steam holes of a Proctor Silex iron, a reference to the traditional tribal practice of skin scarification and branding for social identification. In Mask the iron resembles a face and is superimposed atop an inverted image of Cole’s visage; in tribal ritual a mask contains the spirit while the persona of the mask hides the wearer. In Spirit and Mask, irons resemble African tribal war shields and mimic the shape of slave ships as seen from above. Irons and ironing boards are also reminders that generations of African American women have labored as domestics.

Pictured: Man, the first panel of Man, Spirit, and Mask. Image courtesy of the Cleveland Museum of Art. Click the image to enlarge.

The Art of Longing cast at the Cleveland Museum of Art

To research for the play, The Art of Longing cast took a trip to the Cleveland Museum of Art. In the photo below (taken by Director Jimmie Woody), cast members and Stage Manager Jesse Reagan Hernon stand in front of Jacob Lawrence’s Fulton and Nostrand. 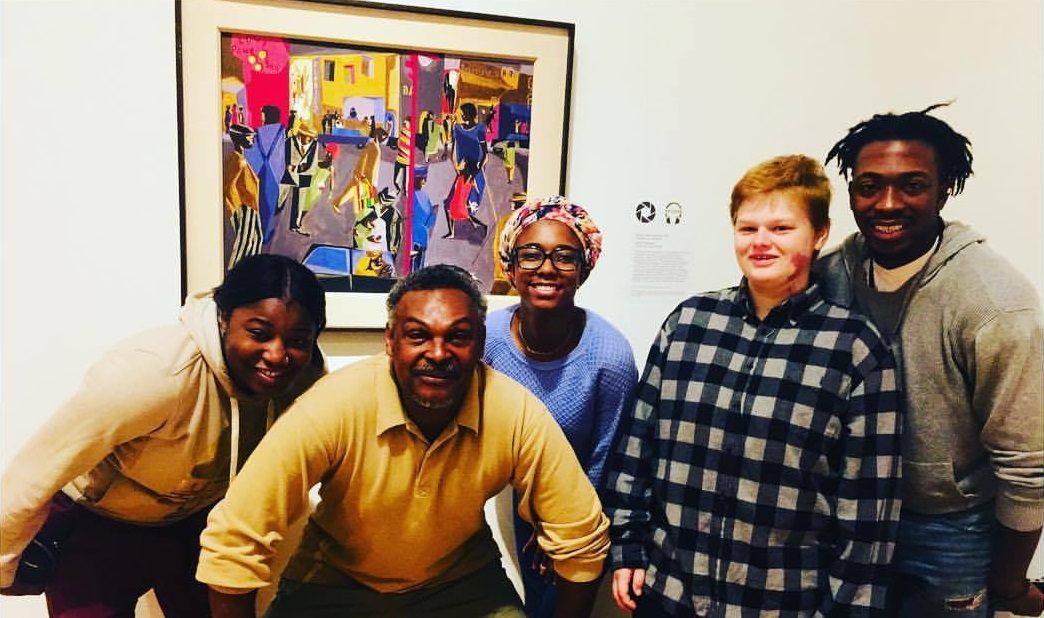 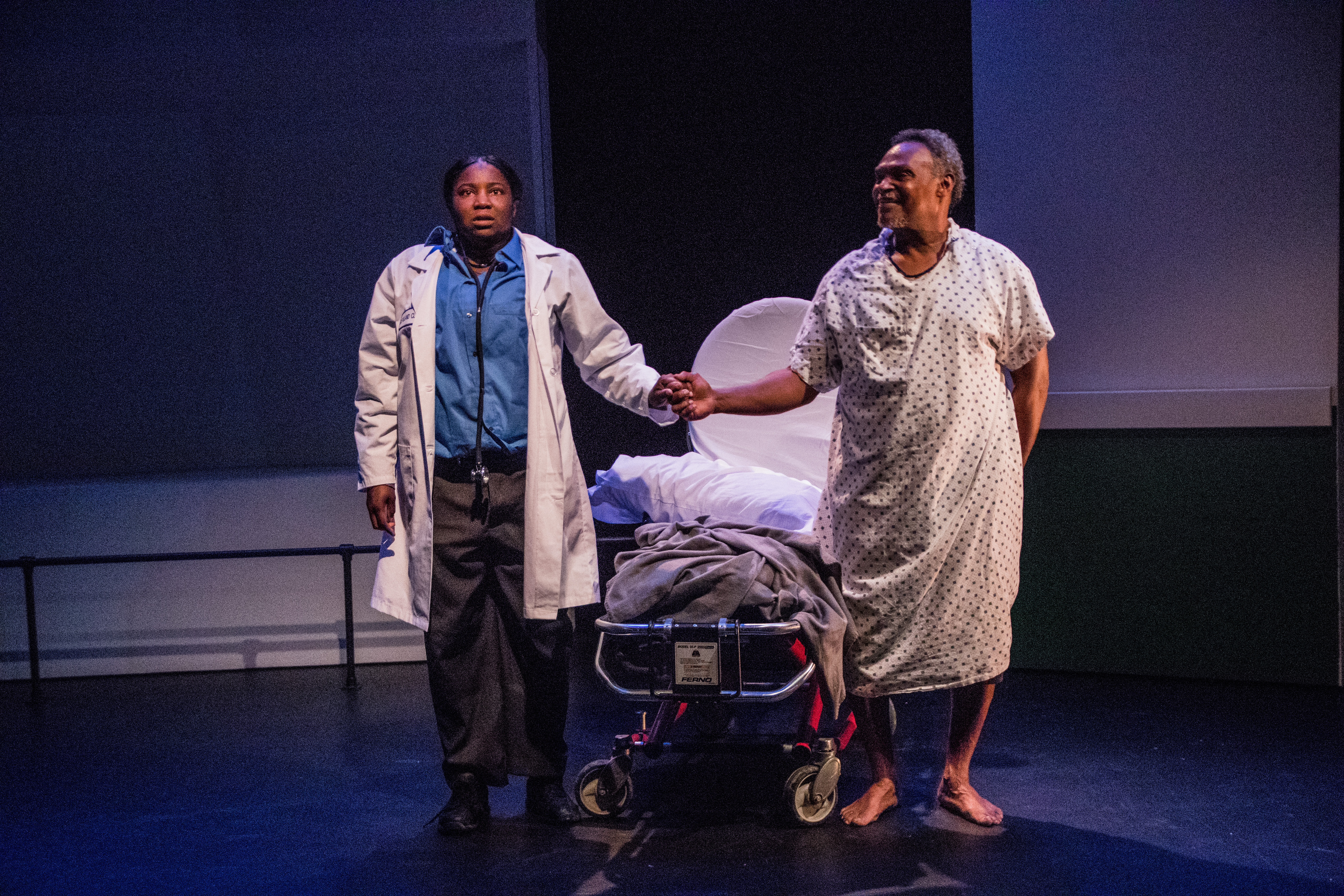 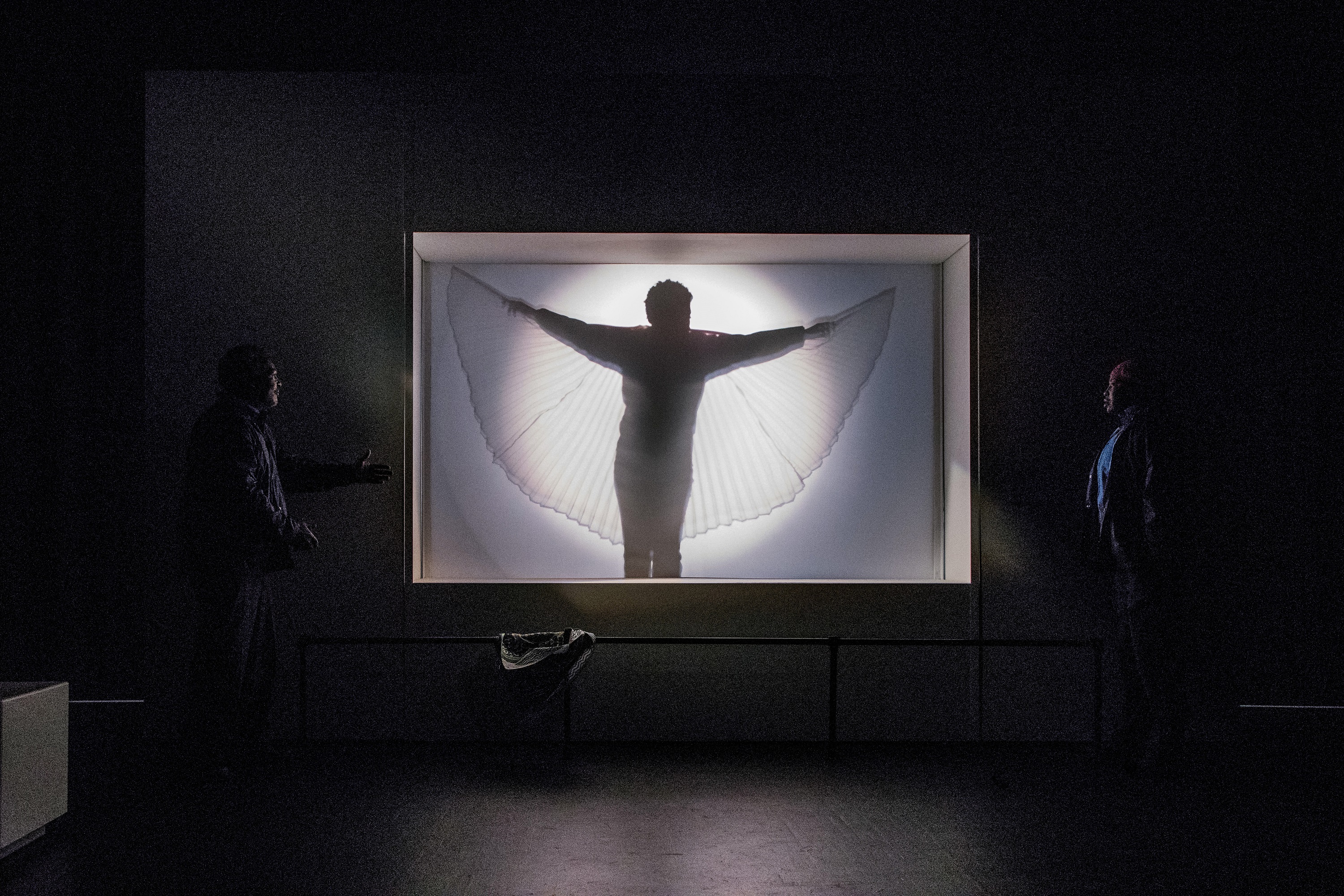 The Cleveland Museum of Art

Cleveland Public Theatre is proud to partner with the Cleveland Museum of Art for The Art of Longing. www.clevelandart.org

Announcing A Panel Discussion With the Cleveland Museum of Art

Saturday, November 4, following the performance of The Art of Longing

Join us for a conversation with Cleveland Museum of Art staff members looking at 3 pieces of art referenced in The Art of Longing.

This conversation will be moderated by Caitlin Lewins, CPT Director of Audience Engagement & Media Relations. 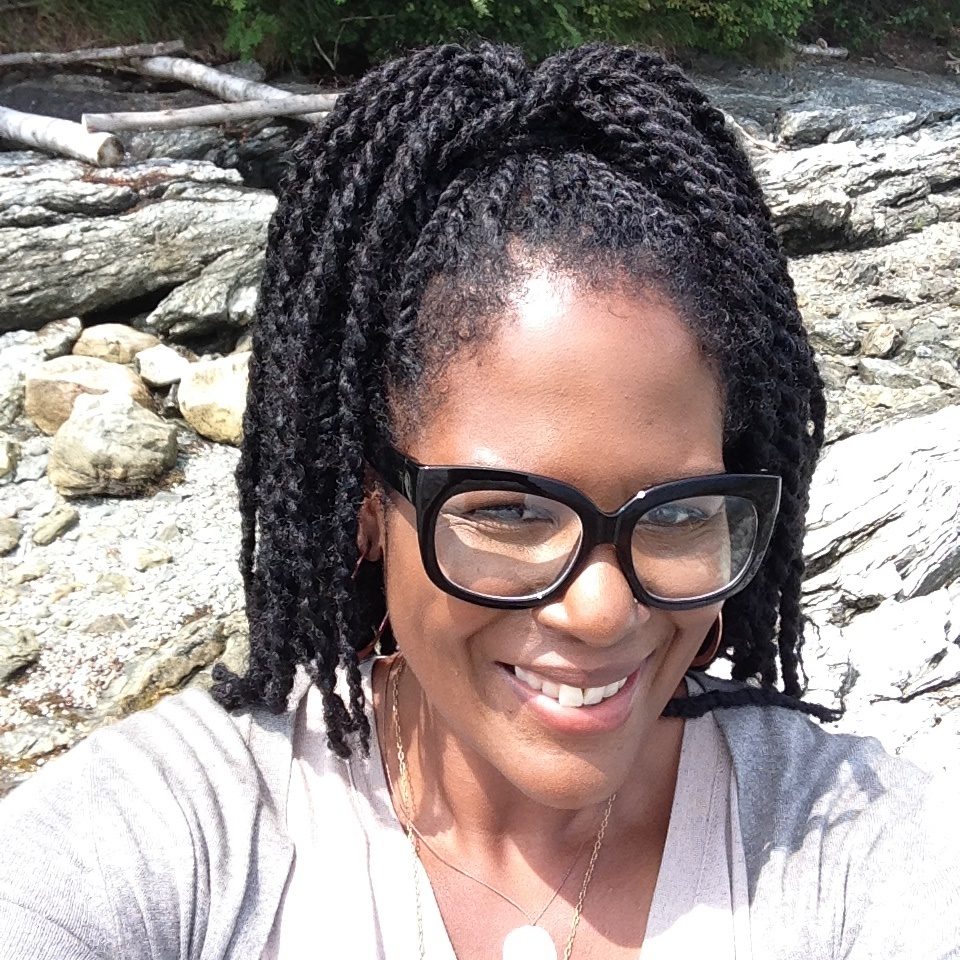 KEY JO LEE As the Assistant Director of Academic Outreach at the Cleveland Museum of Art, Key Jo Lee, designs and implements programs designed to inspire scholarly engagements with CMA’s collections, creates and tracks opportunities for exposure to humanities fields and museum careers for undergraduate and graduate students, and develops and oversees CMA’s academic partnerships. She holds a BA in Art History at Rutgers University, MAs in History of Art and African American Studies from Yale University, and currently, she is a doctoral candidate in both disciplines working on a dissertation entitled, “Melancholic Materiality: History and the Unhealable Wound in Photographic Portraits of African Americans, 1850 – 1877.” Key Jo is also a freelance curator and critic. 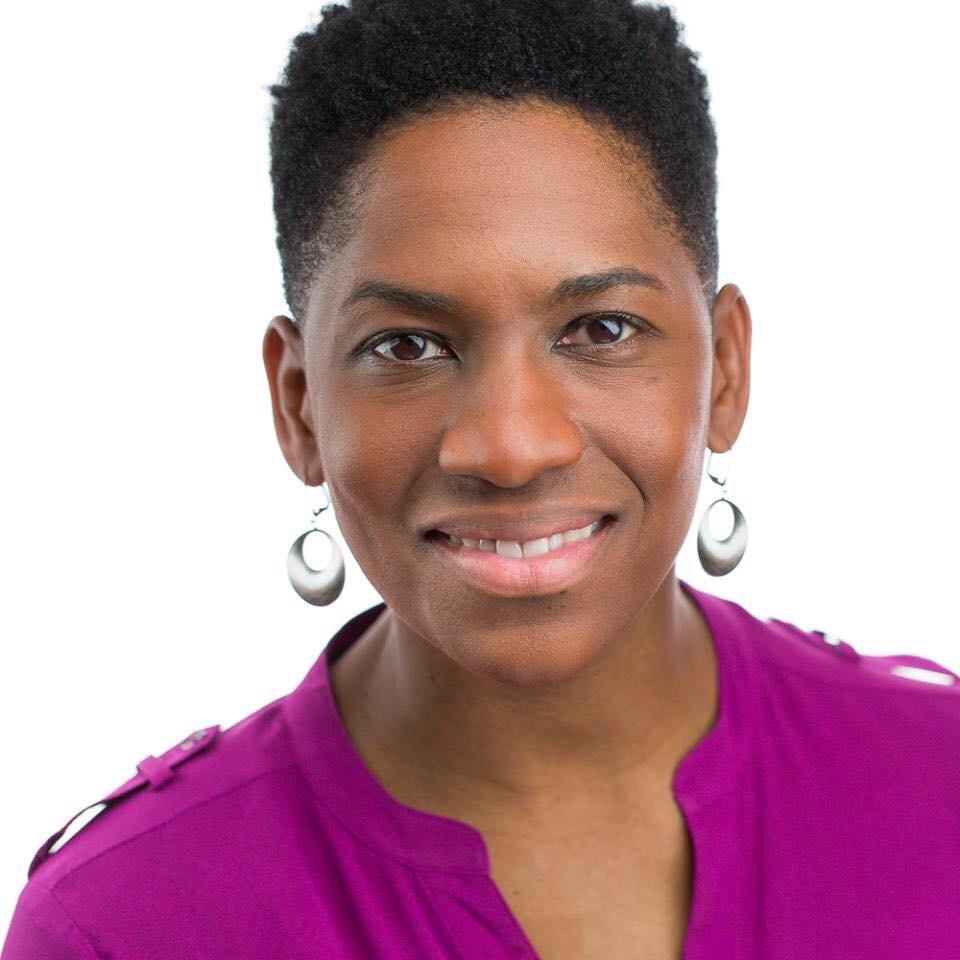 DEIDRE MCPHERSON is the Department Director of Public Programs at the Cleveland Museum of Art. In this role, she conceives, implements, and directs programs to increase public engagement with the permanent collection and special exhibitions. This includes activities ranging from gallery talks, lectures, and panel discussions to experimental and participatory experiences with works of art, and social events such as MIX. Prior to CMA, Deidre was the Curator of Public Programs at MOCA Cleveland. Deidre holds marketing degrees from Miami University (Ohio) and the University of Maryland.

EDWARD VALENTIN LUGO is a Cleveland Museum of Art Gallery Guard and a senior at Cleveland Institute of Art. 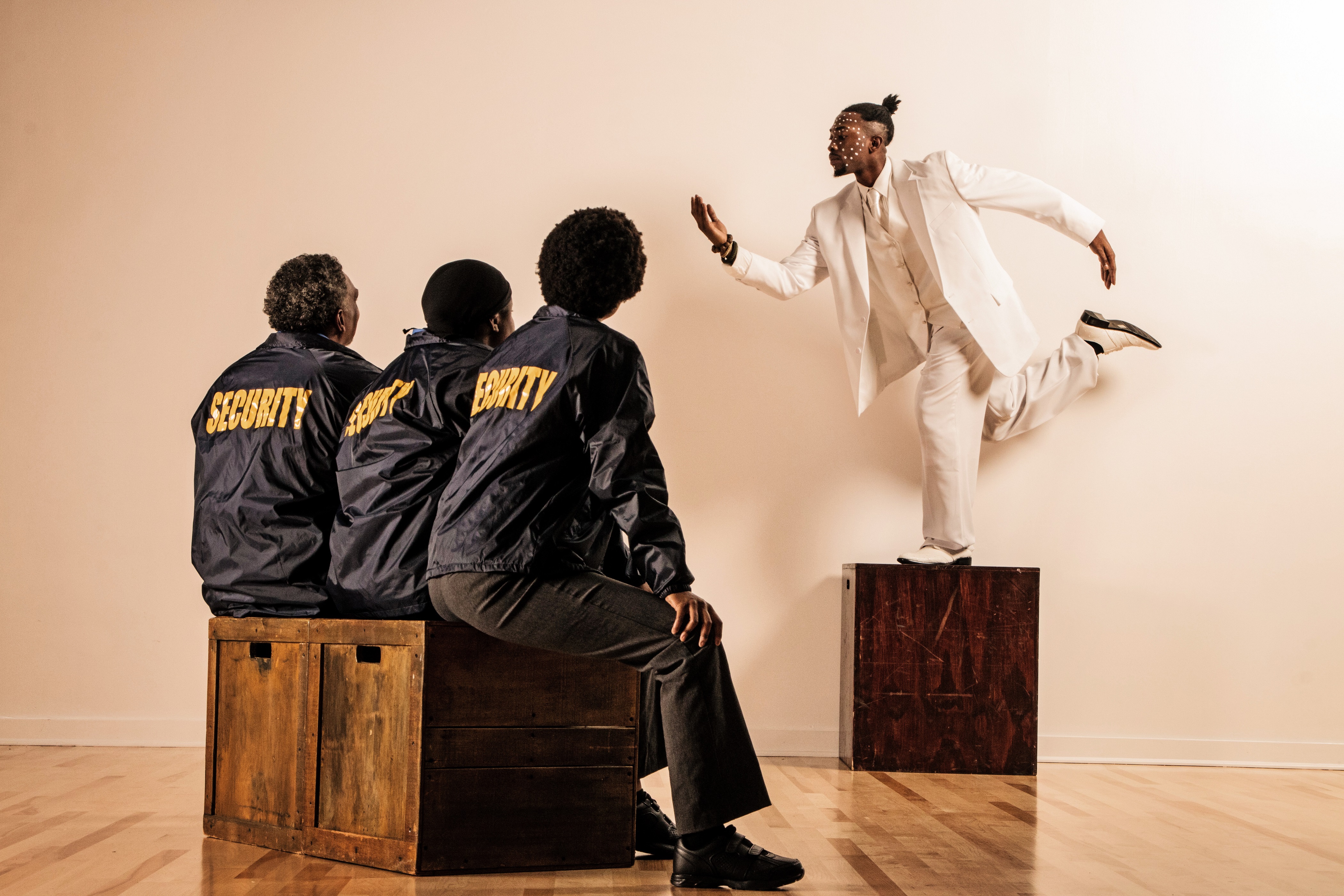 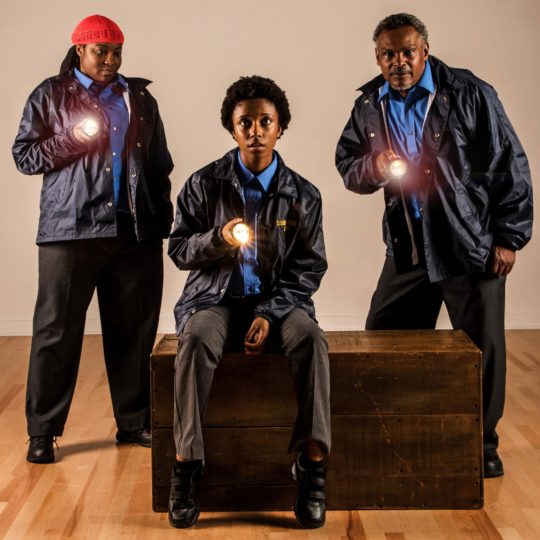 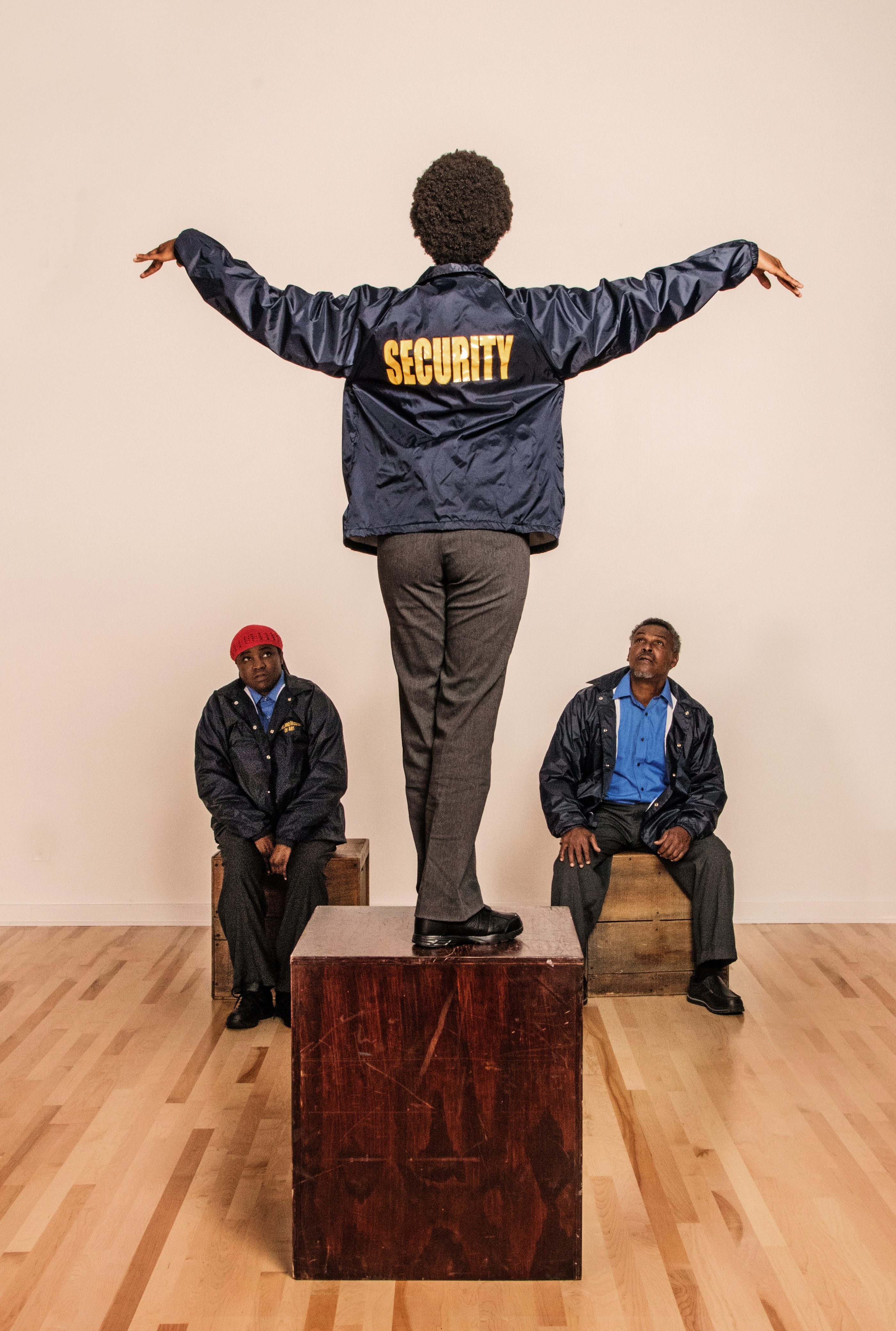 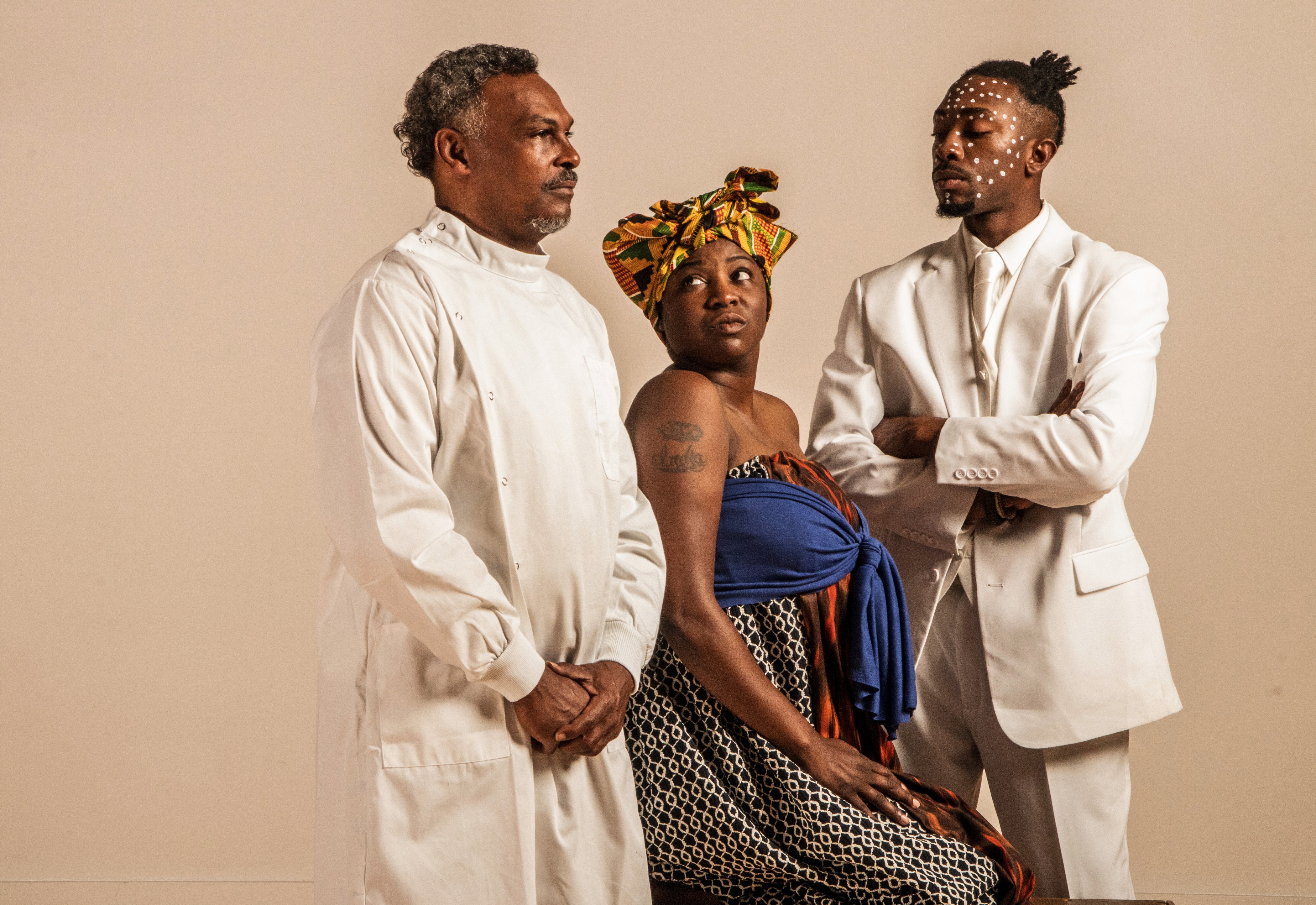 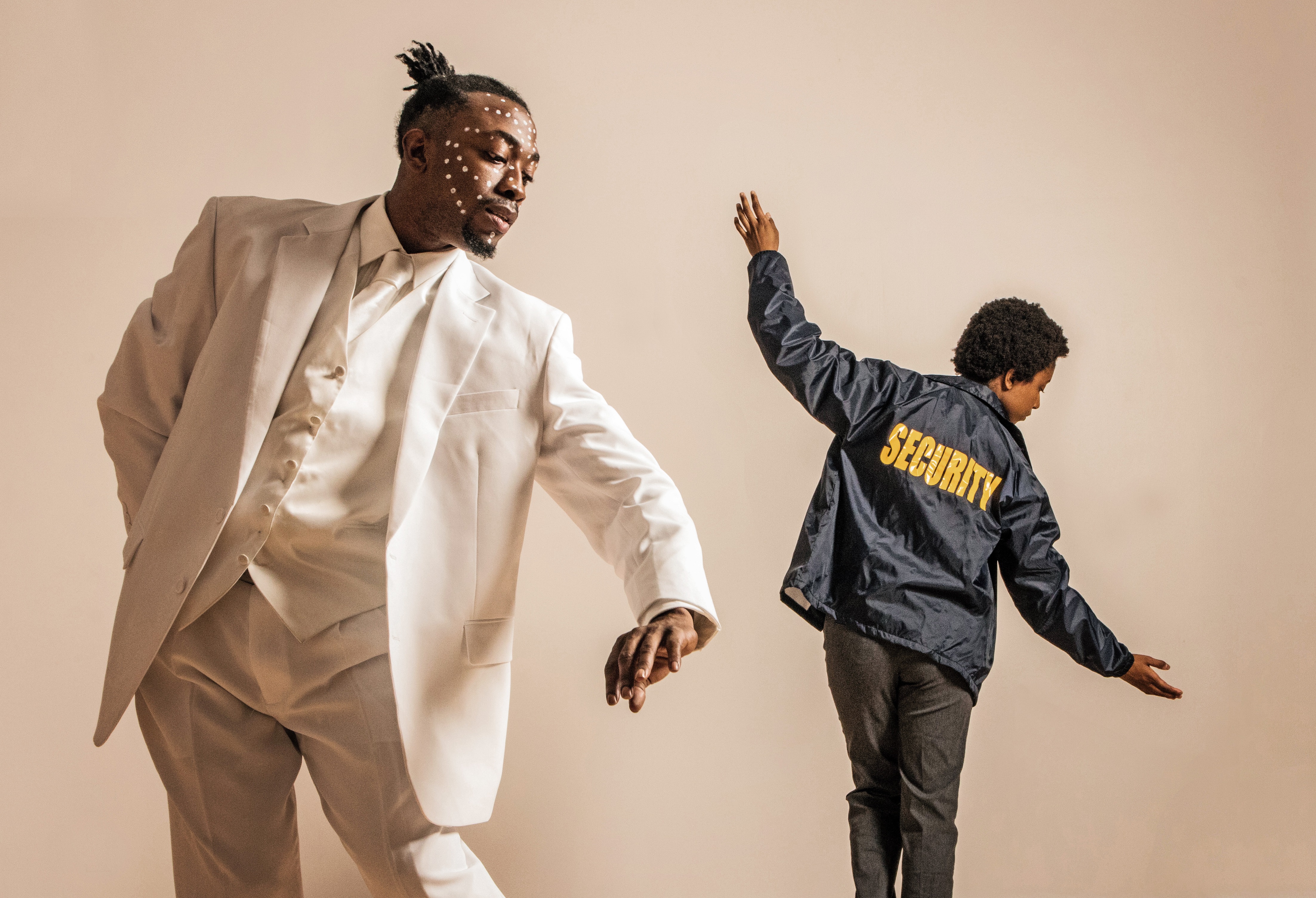 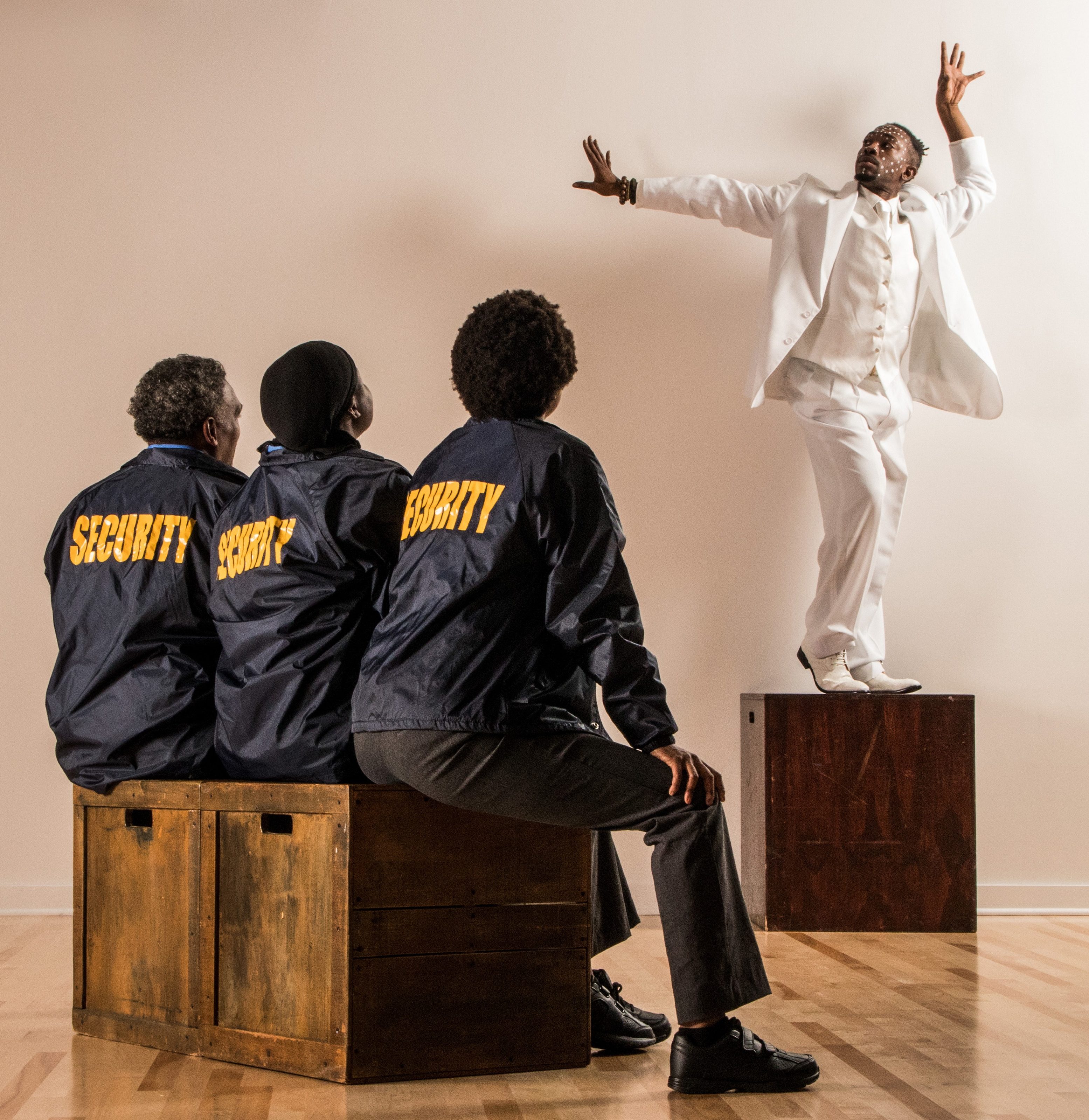