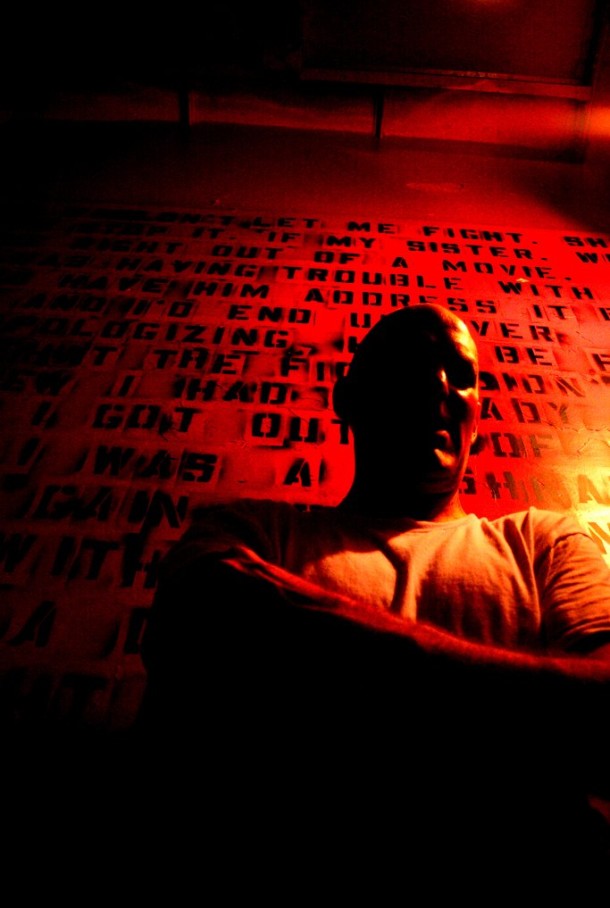 Written and Performed by Eric Alleman

"The Red Human-Headed Bull" will be presented following a 15-minute intermission after "The Santaland Diaries". The bar will be open and table service will continue through this intermission! "The Red Human-Headed Bull" is an autobiographical story by writer Eric Alleman that describes a sad weight that was passed to him by his great-grandfather, through the two generations in between, and how he's decided to carry that burden. He feels it's ok to let go of it all since the other players have shuffled off this mortal coil.

CPT is proud to present The Red Human-Headed Bull by Eric Alleman, presented on Friday and Saturday nights following performances of The Santaland Diaries on the Gordon Square Theatre stage!

Come for The Santaland Diaries and stick around for this free performance!

It’s our gift to you this holiday season!

Eric Alleman is an American playwright, poet and performer that lives in Lakewood with his librarian wife and two young daughters. Much of his work is semi-autobiographical, drawn from a hard childhood and years of violence, drug addiction and excess, conditions he has since overcome. He has worked with such groups as bEATINGeRIC, The Evolution Control Committee, The Big Noise and Infinite Number of Sounds and now fronts the local art group ToBoxWithMan which performers a wide variety of plays (New American Appliances and The Vow), spoken word, music and political protest pieces (Civil War Re-Enactors Against….). He is 33.

“A dark story of living in the shadow of [Alleman’s] great-grandfather’s past. During the hour-long show, you can hear a pin drop. There is not a sound, not a movement from the spellbound audience…Thanks, CPT, for this gift of a true and unusual voice that is not afraid of the darkness.”
Jean Seitter Cummins, Cleveland Scene