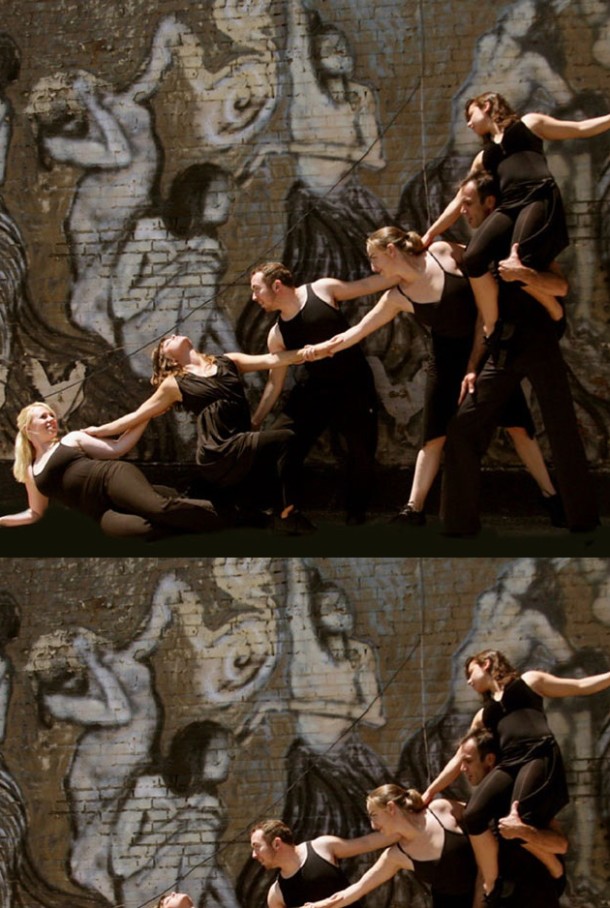 CPT is proud to present a weekend of premiere dance performance from MorrisonDance as part of DanceWorks 10!

MorrisonDance will take you through several worlds of ancient mystery: real, interpreted, and imagined. Mysterious will feature dances celebrating the vibrancy of the Etruscans, the heart and soul of Roma dancing, the quirky possibilities of imagined cone creatures, and the uninhibited passion of communicating through movement.

Mysterious will include a new collaboration between Artistic Director, Sarah Morrison and husband and internationally collected artist, Scott Radke. Featuring cone-headed characters adorning tutus this dance will unfold in a fashion that only Radke’s world can provoke. Additionally, there will be an expansion of Morrison’s Mi Larthia, originally presented in Castiglioncello, Italy and inspired by travels through Etruria following the descriptions of D.H. Lawrence. A presentation of the solo workUninhibited will be presented by guest artist Jennifer Sandoval who recently returned to the area from Chicago. Finally, the concert will include dances featuring the Roma culture shared by Turkish artist Sevi Bayraktar*.

Click here to read an article about MorrisonDance’s Mysterious

Click here to hear an interview with
Sevi Bayraktar on WCPN

Since MorrisonDance’s premiere performance in the inaugural DanceWorks series at Cleveland Public Theatre in 1997, the company has grown strong roots and has become a recognized presenter of unique and creative dances that are cross-pollinated by visual art, science, technology, and all things human. Directed by Sarah Morrison, a 2009 recipient of the Ohio Arts Council Individual Excellence Award, this dynamic and fluid group of talented individuals relies on a synergy that is even more fascinating than the sum of its extraordinary parts. You have likely seen MorrisonDance featured at CPT or at Ingenuity in collaborations with NASA and BrainMaster, or perhaps in the streets of your very own neighborhood in their annual summer series “The City is Our Playground.” It matters not whether you are a die-hard MorrisonDance fan or a newbie to their idiosyncratic explorations – this collection of shorter works featuring different artists will hold something for every taste.

* Sevi Bayraktar’s participation in Mysterious is a part of her residency with Young Audiences funded by the Cleveland Foundation.

Don’t miss a weekend of DanceWorks 10 at Cleveland Public Theatre! Onstage in the James Levin Theatre and Gordon Square Theatre from April 1 – April 18.