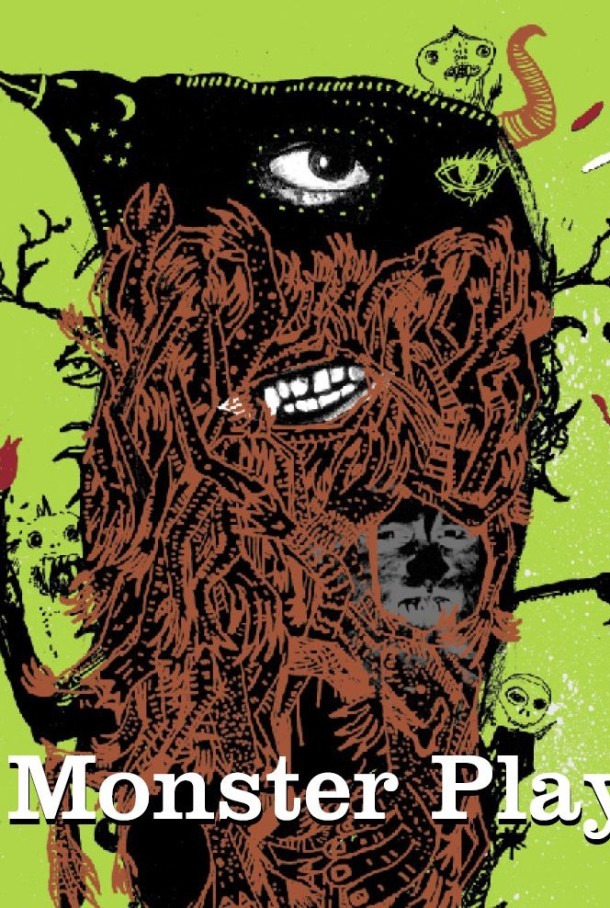 Lock your doors, bar the windows and build up the fire as CPT and Theater Ninjas unleash an evening of hideous, inhuman monsters for your enjoyment. This original and unnatural co-production celebrates the nightmare creatures that haunt our dreams and stare out from our mirrors. WORLD PREMIERE/DEVISED WORK/NORTHEAST OHIO CREATOR.

Please note that there is NO late seating for this production

Featuring a collection of monsters both supernatural and human, Monster Play intertwines the stories of St. Anthony the Great, a reclusive monk tempted by demons, and a mythological hero who uses monsters to discover his own humanity. Famous monsters make cameos throughout, alternating between apologizing for and defending their own horrific natures. The play not only digs into the philosophical, political and pop slime that monsters ooze, but also taps into the monstrous energies: the impulses in people that can be described as monstrous. Inspiration is drawn from a variety of sources including classic and contemporary horror films, Russian folklore, Beowulf, The Faerie Queene, scripture, ghost stories, urban legends and, of course, the Bogeyman.

“It will thrill you. It may shock you. It might even horrify you. You’ve been warned.”