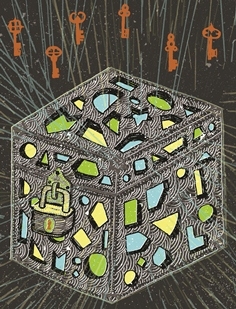 to the sea… an original work inspired by Decroux, lecoq, and synge

Heads Up Productions, a new, movement based ensemble in Akron, began developing 1,000 Hills in 2010. The piece follows the struggle of three tourists who find themselves in Rwanda just as genocidal violence breaks out. As tension mounts, the tourists have their emotions and morals put to the test.

Artist Bios:
Benjamin Rexroad is an emerging leader in the arts scene of Northeast Ohio. He has served as managing artistic director of Heads Up Productions since its inception in 2009. Through his leadership, Heads Up has grown from a theatre company to a multimedia arts organization that strives to bring together the audience and artists within the community. He serves as editor-in-chief for the Heads Up Productions website and executive producer for the company’s internet radio show, Heads Up Arts Radio. Under the mentorship of Jim Slowiak of New World Performance Lab, Benjamin has worked with theatrical legends Ed Stern, Marshall Mason, John O’Neal and Anne Bogart. It was his month-long intensive with Anne Bogart and the SITI Company that formed the foundation for Heads Up Productions. Dedicated to theatrical research, he has presented two papers at conferences, including a paper on “Stanislavski in Rehearsal” that won an award for Best Presentation. He has been a finalist for the Ben Auburn Cultural Criticism Award and the COSE Young Arts Entrepreneur Award. Most recently, he was honored with the Akron Arts Alive Award in the Rising Young Star/Leadership category.

India Burton is a founding member of Heads Up Productions. For the company, she has performed in Dog Sees God, an adaptation of A Christmas Carol and was the leading role in the Heads Up Productions’ sell-out production of A Woman Called Truth. She directed the critically acclaimed For Colored Girls who have Considered Suicide when the Rainbow is Enuf and The Laramie Project. India graduated with a concentration in performance at the University of Akron, where she has starred in several performances. Her favorite roles include: Kate (Taming of the Shrew), Masha (Three Sisters), and Sister Hurbert (Nunsense!). India graduated from UA in May 2011.

To the Sea… An Original Work Inspired by Decroux, Lecoq, and Synge

Three actors, three inspirations, one journey. Newly founded Mamai Theatre Company created To the Sea…, a devised theatre piece, to offer an exciting artistic exchange between the musicality and imagery in John M. Synge’s lyrical Riders to the Sea, the goals of Etienne Decroux techniques and the immediacy and spontaneity of Jacques Lecoq. The blend of these two traditions in physical theatre will maximize the rhythm and articulation of Synge’s text within a heightened style.

Company Bio:
Mamai Theatre Company was co-founded in 2010 by Bernadette Clemens, Wendy Kriss, Christine McBurney, and Derdriu Ring and is in a current phase of strategic planning and artistic experimentation. Mamai Theatre Company is still in the getting-to-know-you phase as a company, though they hope to have years ahead of collaboration and experimentation to enjoy and to share with our greater community. The co-founders collectively continue to practice their training while seeking new, stimulating, creative work as theatre artists. They find contemporary relevance in and enjoy new conceptions of classical theatre. Mamai Theatre Company will proudly present productions of Boston Marriage by David Mamet and Happy Days by Samuel Beckett in 2012-2013.

Artist Bios:
Bernadette Clemens trained at Columbia University and the British American Drama Academy (BADA). Her New York performance credits include: The Vineyard Theatre, Theater for a New Audience, Womens’ Theatre Project, and Gotham City Improv. Local performance credits include: Lunacy at Dobama/Cleveland Play House FusionFest; Hamlet at Great Lakes Theatre Festival; A Doll’s House, Equus, The Seagull, Mrs. Warren’s Profession and The Farnsworth Invention at The Beck Center; The Hairy Ape and Voice Over at Cleveland Public Theatre; Homebody/Kabul and The Mai at Dobama Theatre; Julius Caesar and Twelfth Night at Cleveland Shakespeare Festival; Our Town, Three Tall Women, and Anna in the Tropics at Ensemble Theatre; ‘Night, Mother at Tri-C East Theatre; A Shayna Maidel at the Jewish Community Center. Ms. Clemens is a co-founder of Mamai Theatre Company and has recently directed The Prime of Miss Jean Brodie, The Heiress, Agnes of God and The Glass Menagerie at The Academy for Performing Arts at Chagrin Falls and the Fairmount Performing Arts Conservatory. Member of AEA and AFTRA.

Christine McBurney a former print and broadcast journalist and college instructor, now nurtures young people at Shaker Heights High School as chair of its nationally-recognized Theatre Arts Department where she teaches, directs, and produces. Christine blogs about community theatre for cleveland.com and continues to perform when she can. She has won awards from the National Endowment for the Humanities, writemovies.com, and Who’s Who Among America’s Teachers. Her education and training includes Shakespeare & Company of Lenox, MA, an MFA in Acting from Kent State, and a BA in Comparative Literature and Writing from Columbia University. Christine McBurney is a co-founder of Mamai Theatre Company.

Derdriu Ring holds a BA in Music and English from University College Cork and is a graduate of The Gaiety School of Acting, Dublin. She has acted all across America for the past 12 years, most recently in the role of Maggie in Hobson’s Choice (Pittsburgh Irish Classical Theatre Company) in which she was awarded best actress of the year by the Pittsburgh Post Gazette. Some favorite roles include: Pegeen/ Widow Quinn/ Sarah Tansey in Playboy of The Western World (The Guthrie Theatre, The Irish Rep, NYC and PICT), Josie in Moon For The Misbegotten (Great Lakes Theatre), Claire in Boston Marriage (PICT), Catherine in Proof (Cleveland Playhouse), Nancy in Frozen, Amy in Wings (The Beck Center) and Slippy Helen in The Cripple Of Inishmaan (The Geffen Playhouse, Los Angeles). Television work includes Law and Order, Criminal Intent and Hope and Faith. She has also narrated the audio book Water Carry Me by Thomas Moran. Derdriu will perform next in a free concert to the public as the narrator for Peter and The Wolf with The Suburban Symphony under the baton of Martin Kessler on February 5th, University School Campus. Derdriu Ring is a co-founder of Mamai Theatre Company.