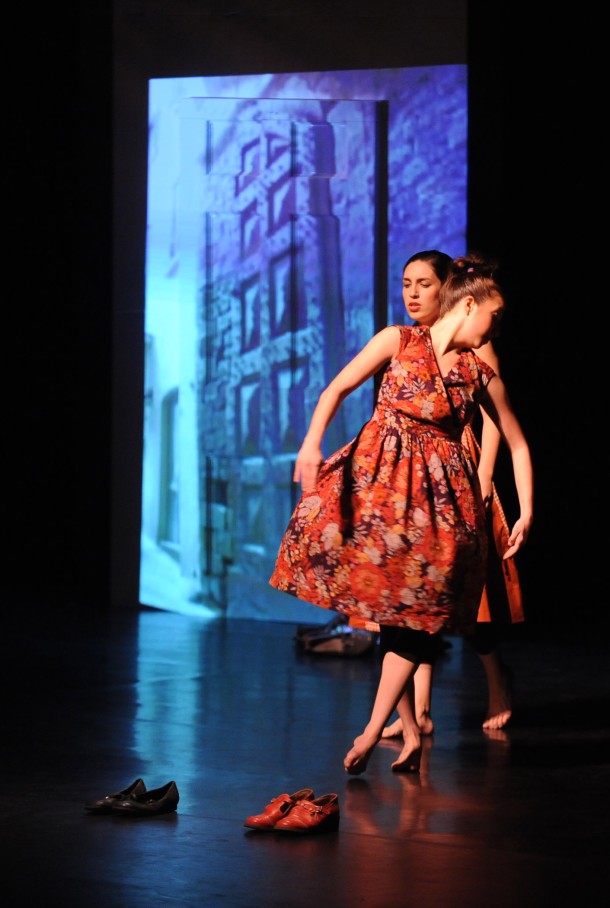 Each year Cleveland Public Theatre welcomes the opportunity to showcase Cleveland's talented dance companies as they premiere new work and revive celebrated performances. Join us for five weeks as local dance companies take the stage as they explore various themes in an amazing display of talent and creativity. 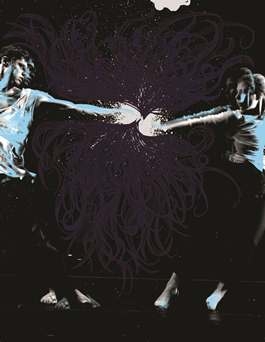 Exploring psychological themes, animal behavior and celestial concepts, Syzygy will include several new premieres including the final culmination of a new collaboration with BrainMaster using their new Brain Avatar system. Throughout Syzygy, MorrisonDance explores the incredible beauty and humor of life through the art of movement.

*This project is funded in part by Cuyahoga Arts and Culture. Company Bio:
MorrisonDance was founded and is directed by Sarah Morrison, a choreographer, performer, educator and behavioral researcher, who maintained the company on a grassroots level from 1997 until 2002. She presented innovative and acclaimed presentations such as LEAPING INTO THE NET!, the world’s first online simulcast of a modern dance concert, and ERIE SIRENS, a site specific performance held at sunset on the Cleveland city shore of Lake Erie with sand-sculptures created by Scott Radke. Since incorporating as a non-profit company, MorrisonDance has continued to push the boundaries of dance by exploring unusual presentation and rehearsal venues, cross-disciplinary approaches to creation and education, and new creative marriages with other artistic media, science, nature, and technology. Through this exploration, MorrisonDance has been able to discover the power of dance as a language for communication and expression in a wide array of settings, while continuing to cultivate the value of more traditional dance presentations in conventional spaces. The company has been recognized for their contribution to the artistic community through original works such as The Mad Mask Maker Of Maigh Eo, Inside, Rendevous, and The City is Our Playground. MorrisonDance has performed extensively in the Northeast Ohio area at venues including PlayhouseSquare and Cleveland Public Theatre, and has been presented by DanceNow/NYC at the Joyce SoHo and City Center in New York City. They have been supported by Cuyahoga Arts and Culture, the Ohio Arts Council and the Cleveland Foundation.

Find out more about Brainmaster In the late 19th and early 20th centuries millions of people from Western and Central Europe immigrated to America to escape religious, racial and political persecution and to seek relief from famine and lack of economic opportunity. Kimberly Karpanty’s I FIGHT portrays these immigrants’ hope, freedom and disillusionment in the new world. Inspired by one family’s journey from Italy to America, I FIGHT transports the audience through place and time utilizing multimedia projections, family portraits and moving sets. All music is by Italian and Italian-American composers spanning from traditional folk music to the classic operatic arias of Verdi and Leoncavallo (1800s) to the contemporary compositions of Luciano Berio (20th) and Missy Mizzoli (21st century). Travesty Dance Group was originally conceived in 1996 to support and produce the creative projects of its founding members, Kimberly Karpanty (CLEVELAND), Rebecca Malcolm-Naib (PHILADELPHIA) and Karen Stokes (HOUSTON). It debuted at CWRU’s Mather Dance Center in May 1997. During the 2010-2011 fiscal year, the company went through a re-organization and is now an Ohio not-for-profit exclusively under the Artistic Direction of Karpanty.

Enriched by collaborative process, Travesty Dance Group seeks to bring diverse original dance work to a variety of communities. The founders believe in dance as a basic human art, embracing both the complexities of contemporary society and the life affirming essence of movement. The fundamental hope of Travesty Dance Group is to create dance that rises above travesty to inspire and enlighten.

Artist bio:
Kimberly Karpanty is a founding member of Travesty Dance Group and the Artistic Director. She holds a Master of Fine Arts Degree in Choreography and Dance Technology from Arizona State University and a Master of Arts in Dance and Dance Education from New York University in New York City where she choreographed, taught and performed for over ten years. Karpanty has created over 50 dances in modern, jazz and screendance, and has been an invited teacher and choreographer at numerous universities and dance festivals. Her work has been produced throughout the United States and abroad in Canada, Argentina, Mexico and Costa Rica. Karpanty is an Associate Professor of Dance at Kent State University where she has also directed the Kent Dance Ensemble since 1996. Her research includes dance science, American Jazz Dance History and performance technologies. She is also a fully certified instructor of Core Dynamics Pilates.