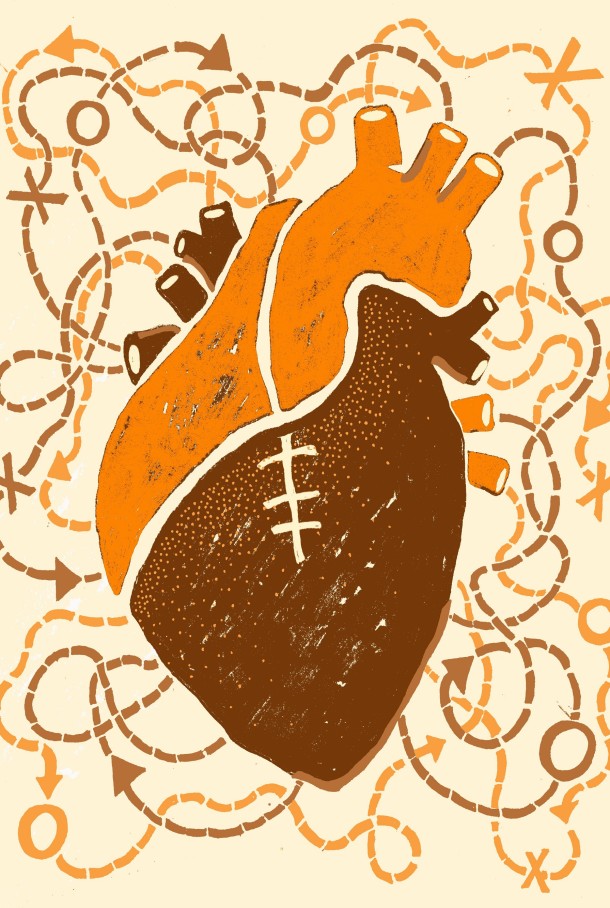 Written and Performed by Eric Schmiedl

Join CPT at PlayhouseSquare for a powerful performance for everyone who loves Cleveland! In this one man show, Eric Schmiedl peeks into the lives of four Clevelanders as they root for their beloved Browns. Experience the thrills, the excitement, and the pain as Eric journeys through victory and defeat to celebrate the power community connection.

“The Kardiac Kid is a poignant love letter to the Browns, to the city and to those who suffer to this day in our orange and brown knit caps” ~Christine Howey, RaveandPan

“Even if you aren’t a football fan, Schmiedl’s fervor proves infectious.” ~ Jewish News A Personal Message from Eric Schmiedl

In the winter of 1977 I went on a sixth grade after-school trip to the Kent State indoor ice skating rink. We rode a school bus out to the university, piled off into the rink, rented our ice skates, and spent two-hours making wobbly circles in the ice while the songs of ELO and Leo Sayer blared from speakers high above us.

I sped around with my orange and brown knitted Browns cap on my head. The big pom-pom on top jiggled back and forth. It was a glorious time, topped off with a plate of french fries and a Pepsi from the snack bar. seat. Nothing. Then I remembered that I had taken off the cap when I stopped skating because I was hot. I had forgotten about it during the mad rush to the snack bar, and now it was sitting somewhere back at the rink while I was bustling along Route 43, moving farther away from my cap with each passing house and tree. It was absolutely gone. Everybody else on the bus fell asleep, but I sat peering into the darkness – wide-eyed.

When she picked me up at school my mother asked if I had a good time, and I immediately burst into sobs. The intensity of the emotion surprised us both. And to be honest I had not really thought very much about that old cap. It was just something I wore. But now that it was gone it was different. It was important. It was me

Funny how these things hit you. I had a similar experience working on the premier production of The Kardiac Kid. I am a native Clevelander. So, I knew about the Kardiac Kids. Like thousands of others I cheered for the team with my mother in front of our own color RCA. But when I started marking the season for the production – game by game – and following the various stories found in the play – of the girl Abigail and the Catholic priest Fr. Kerry and the die maker Eddie Schorger – I realized how much of my own identity was connected to this team and this era and this city. Much to my surprise I had forgotten that. What’s more, I learned that I wasn’t the only one. After performances at Cleveland Public Theatre last year I exchanged dozens of stories with audience members about our shared memories of 1980 in Cleveland. Of Brian Sipe and Reggie Rucker. Of Randall Park Mall. Of The Pewter Mug. I was recently someplace when someone asked me what I was working on next. I said I’m remounting a play about the Kardiac Kids.The man’s eyes suddenly lit up. Now that was a team, he said.