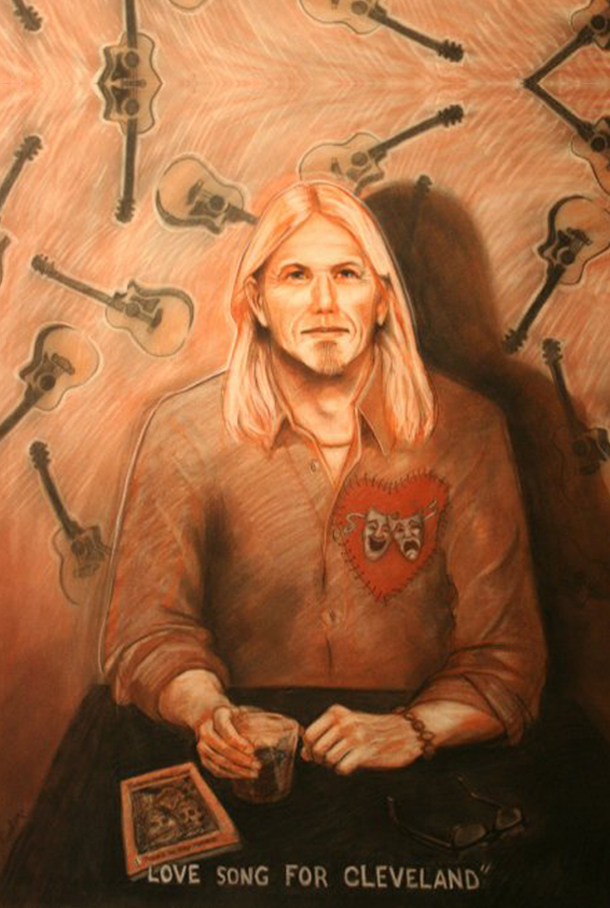 The Lives of a Poet

Through linked poems, songs and monologues, Ray McNiece presents a memoir on stage depicting the many facets of his life as a performer.  Live music and ancestral images help him tell the tales of a poet whose words have carried him from the rusty crucible of Cleveland across the wide world.

Ray McNiece is the author of seven poetry books – Dis, The Bone-Orchard Conga, The Road that Carried Me Here, Song that Fathoms Home, and Wet Sand Raven Tracks –New Haiku, Us — Talking Across America, and Our Way of Life two solo theatre works – Dis – Voices From a Shelter, Us? Talking Across America, two music/poetry collaborations – Mouth Music, A Rust bowl Hootenanny, and one collaborative theatre work – Homegirl meets Whiteboy — with Shawn Jackson.  The Orlando Sentinel reporting on Ray’s solo show at the Fringe Festival called him “a modern day descendant of Woody Guthrie. He has a way with words and a wry sense of humor.”  In a review of his second theatre work, Us? Talking Across America, the Star-Phoenix said, “His thoughtful writing combines with perfectly timed delivery to create a powerful wordscape that owes as much to jazz as drama.”  He was the voice of Woody Guthrie in WCPN/NPR’s award winning radio documentary, Hard Travellin’. He also co-edited the anthology of contemporary American Buddhist Poetry, America Zen.

Ray McNiece has been presenting his shows, writing and performance workshops for students from kindergarten through college for over 25 years.  He works for both the Ohio Arts Council Arts in Education residency artist as well as doing presentations and workshops for Young Audiences of Northeast Ohio.  He started his own educational company Page to Stage Productions in 1994.  He has worked as a consultant for WordForward in Singapore.

Highlights of past tours include a keynote address shared with Robert Bly at the First Coast Writer’s Conference, a featured reading at the opening of City Light’s Italia in Florence with Lawrence Ferlinghetti, and a performance with his band Tongue in Groove at the Starwood Festival, opening for legendary drummer Babatunde Oluntunje. In the summer of 2001 he toured Russia with Yevgeny Yevtushenko where he appeared on Good Morning, Russia and performed at the Moscow Polytech, the Russian Poets’ Hall of Fame where he was dubbed ‘the American Mayakovski.

He has received numerous awards for his writing and performance, most recently the 2001 Hart Crane Award from KSU, a residency in the Cuyahoga Valley National Park, and a residency at the Jack Kerouac House in Orlando, Florida. He was the captain of two National Poetry Slam Championship teams (’92 Boston, ’94 Cleveland) and won the Arkansas Grand Slam, the largest performance poetry prize ever awarded. In 2011 He received a $20,000 Creative Workforce Fellowship from the CAC and in 2012 he received an artist residency from CPAC/Arts Collinwood to complete an oral history of North Collinwood, his ancestral neighborhood and where he currently resides.

He is also an accomplished actor and has appeared in plays at Ensemble, Dobama, Cleveland Public and Cleveland Playhouse theatres. He was an original cast member of the improv comedy Flanigan’s Wake. Most recently he appeared as Cuchullain in Open Mind Firmament, an evening of WB Yeats. He performs in schools as Johnny Appleseed and Thomas Jefferson.  For moreinformation please go to his webpage www.raymcniece.com

Jordan Davis has created time-based art for stage, screen and street for three decades. He designed the four-screen video installation for DancEvert’s “4 Elements” at the first IngenuityFest. He produced the live radio drama event “Calling All Ears” with David Ossman of the Firesign Theater on WCPN-FM. He directed a season of “CPTv,” Cleveland Public Theater’s cable television show. He’s appeared at the Cleveland International Performance Art Festival, and served as Master of Ceremonies at CPT’s “Vaudeville” variety shows for five years. As a studio artist he has produced CD releases by Ray McNiece, Ping Chong, Vernon Bellecourt, and Helga Sandburg, as well as his own audio art and spoken word productions. He’s been Resident Sound Designer at the Cleveland Play House, Hanna Theatre Cabaret and CPT. He represented Cleveland as a team member at the International Poetry Slam competition. He’s received awards from the National Endowment for the Arts, the Ohio Arts Council and the Cleveland Press Club. You can’t see sound, that’s only part of the problem.