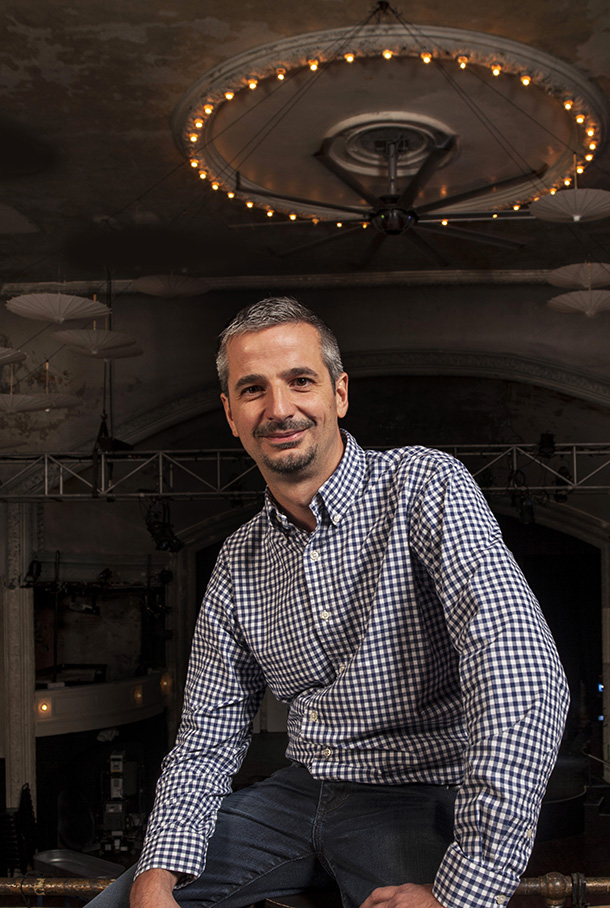 2 hours and 15 min, with an intermission

As part of the Nord Family Foundation Playwright Fellowship Reading Series, CPT presents an unconventional staged reading of Greg Vovos's new play, "Well Beings". "Well Beings" traces the journey of three heroin addicts at various stages of recovery as they try to break free from the grip of this harmful narcotic. Blending moments of expressionism with moments that are sometimes all too real, "Well Beings" is a modern-day OUR TOWN… but with heroin.

Greg Vovos is a playwright, director, screenwriter, teacher and dramaturg, whose plays have been produced around the world. A 2014 recipient of the Ohio Arts Council Individual Excellence Award, Greg often focuses his writing on challenges facing society today. This began with his work as the resident playwright for the Willoughby Fine Arts’ Theatre for Healthy Living program.  His work has been published by Dramatic Publishing, PPT Press and others. Beyond playwriting, he writes monologues for the Downtown Cleveland Take-a-Hike Tours and is a Senior Writer at American Greetings. He has taught drama at theaters and colleges across the country (University of Nevada, Las Vegas; Baldwin Wallace University; Tri-C) and has worked for nearly every theatre in Northeast Ohio. He has an MFA in Playwriting from UNLV and a B.A. in English from The Ohio State University.

Dale Heinen is an award-winning stage director who was based in London from 2000-2014. A former Associate at Soho Theatre in the West End, Dale develops plays with writers and producers, and has been a panelist/reader for playwriting awards such as the Verity Bargate Award and the Westminster Prize (London), the Oxford University New Play Festival (Oxford) and the Roe Green Playwriting Award (Cleveland). She has run a theatre company in Chicago, directed new work in Cleveland, Chicago, New York and around the UK, and taught at universities or colleges in London, Cleveland and Brazil. Dale has a BA from Northwestern University and an MFA in Theatre Directing from Middlesex University (London). Currently, she is Director-in-Residence at Playwrights Local 4181, a professor at Lake Erie College and a freelance director/dramaturge.