Lines in the Dust 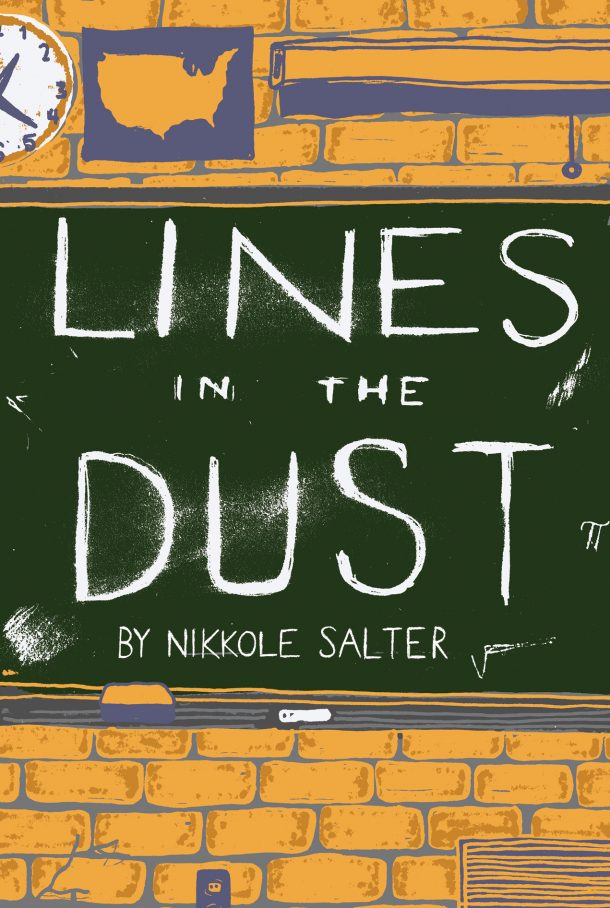 Denitra is determined to find a way for her teenage daughter to escape their impoverished inner city school and get the education she deserves. District jumping to the neighboring upper class suburb seems a risk worth taking until Denitra and her daughter fall under scrutiny. LINES IN THE DUST is a compelling new work that explores how community informs identity and the relationships between people on either side of the opportunity gap. Regional Premiere 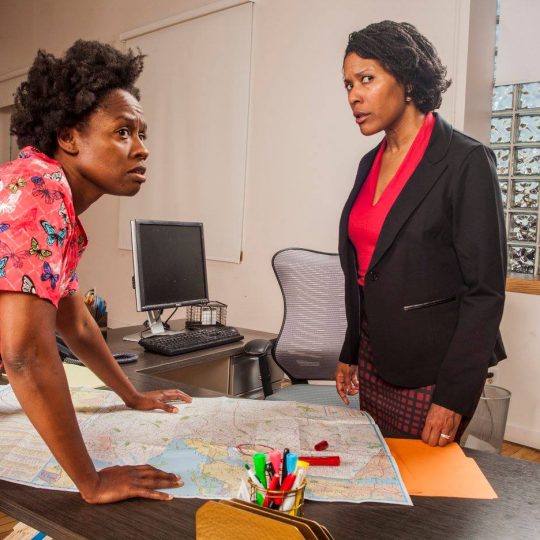 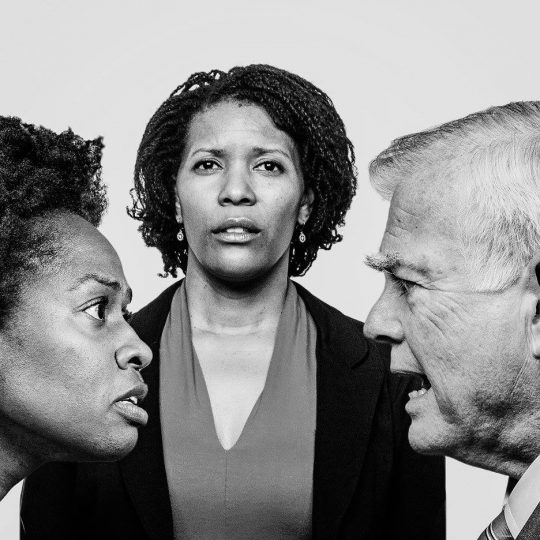 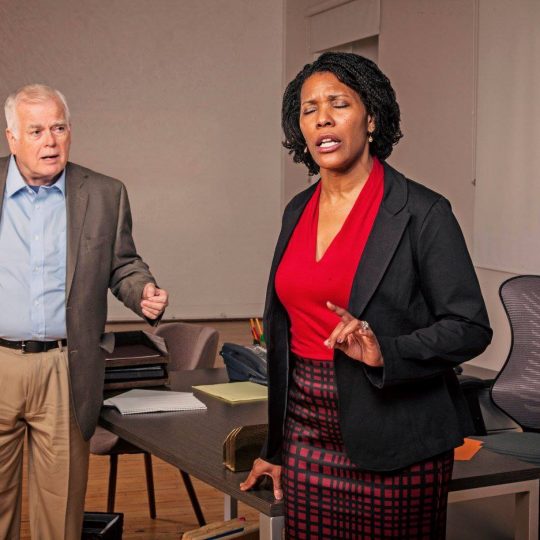 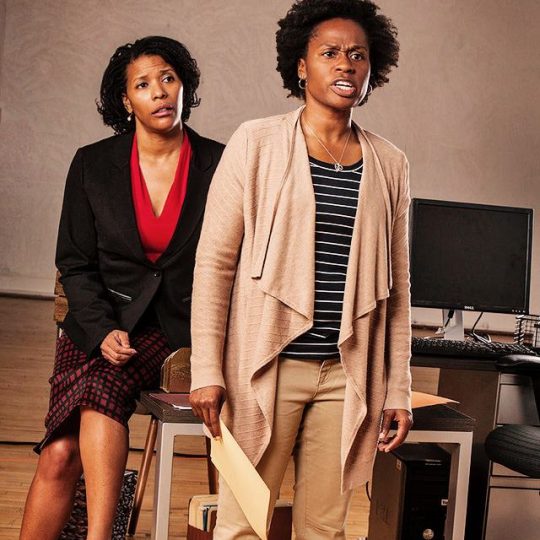 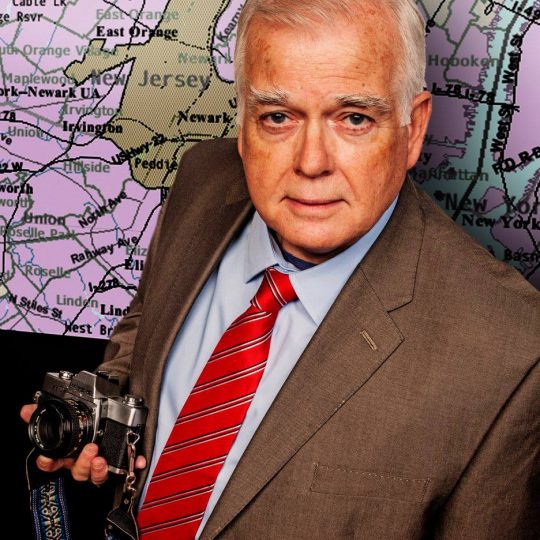 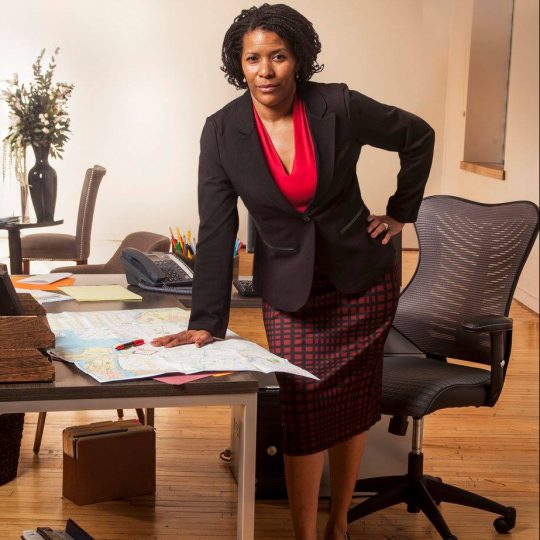 “Under the compelling direction of Beth Wood, ‘Lines in the Dust’ is wonderful.
The work is tempered by immense artistry that finds a calming rhythm for the play’s impassioned argumentation.”

About the Playwright: Nikkole Salter 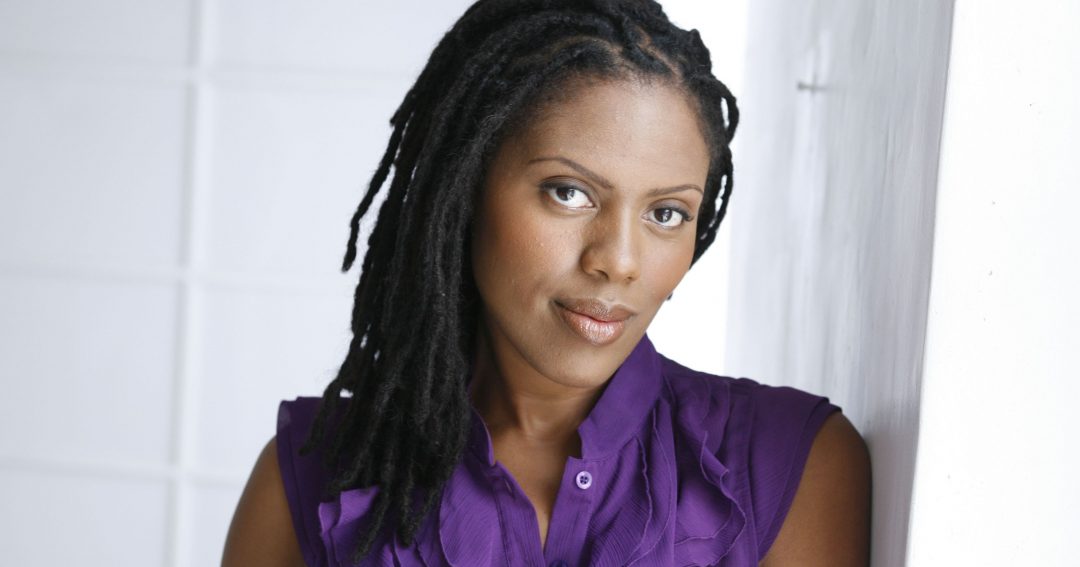 As a dramatist, Ms. Salter has written 6 full-length plays, been commissioned for full-length work by 6 institutions, been produced on 3 continents in 5 countries, and been published in 12 international publications.  Her work has appeared in over 20 Off-Broadway, regional and international theatres.

Amid an emerging acting/writing career, Ms. Salter’s deep sense of social responsibility led her to co-found (with Glenn Gordon NSangou) and serve as Executive Director of The Continuum Project, Inc., a 501(c)3 non-profit organization that creates innovative artistic programming for community empowerment and enrichment.

Ms. Salter is an active member of the Actors Equity Association, the Screen Actors Guild/American Federation of Television and Radio Artists, the Dramatists Guild, and sits on the Board of Directors of the Theatre Communications Group. She received her BFA in theatre from Howard University and her MFA from New York University’s Graduate Acting Program under the tutelage of Zelda Fichandler and Ron Van Lieu.

“They wanted to make an example out of me.”

In 2011, Ohio mom Kelly Williams-Bolar served a 10-day jail sentence on two felony accounts for illegally sending her children to a school outside of their Akron school district. In a twist of irony, not only did the charge stain an otherwise spotless record, but it threatened her ability to earn the teacher’s license* she’d been working on. A media storm followed, unleashing passion and indignation from all sides: Was it right for her to serve time, or were her actions justified?

*NOTE: Ms. Williams-Bolar was eventually granted clemency by Ohio Gov. John Kasich, reducing her charges from felonies to misdemeanors, which allowed her to pursue her accreditation.

How, after 60 years, Brown v. Board of Education succeeded – and didn’t

“The schools black children attend today, in North and South, East and West, are segregated mostly because their schools are located in segregated neighborhoods. In some small cities and towns, schools can be integrated by adjusting attendance zones, establishing magnet schools, or implementing controlled choice programs. But in major metropolitan areas, places like Atlanta, Baltimore, Chicago, Cleveland, Detroit, New York, St. Louis, and so on, distances between ghetto and suburb are too great, and school district jurisdictional lines too established, for these methods to accomplish significant integration.”

An Excerpt from Lines in the Dust

In the first scene of the play, we are introduced to Principal Beverly Long (PL) and Denitra Morgan (D) who meet while attending an open house. It is the spring of 2009 in Millburn, New Jersey, a suburban town in Essex County.