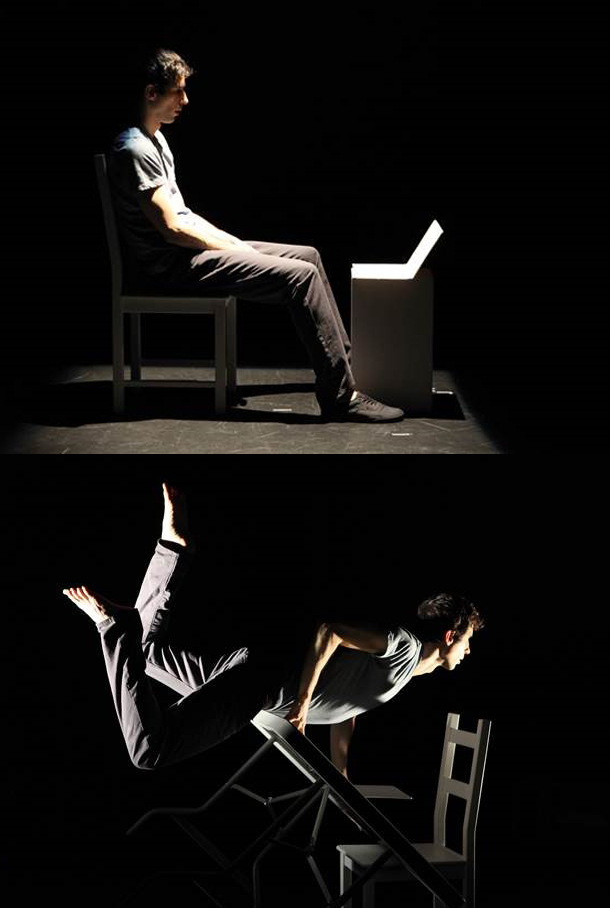 A workshop production created and performed by Yuval Boim. Directed by Darren Katz.

Daniel can't write. He can't keep a boyfriend. He can't stand the thought of moving home to help his Israeli parents with their failing business. The only thing he can do, it seems, is spiral deeper into a mysterious relationship with a potentially dangerous stranger. Told in a narrative-movement style with virtuosic elegance and a touch of wry humor, SeXcurity explores our deep need to define ourselves and the challenges of finding a safe corner of the world - and our minds – in which to do so.

Meet the Artists! Join us after every Out of the Box show for mingling and conversation with Out of the Box artists…plus free beer (and wine), courtesy of CPT. 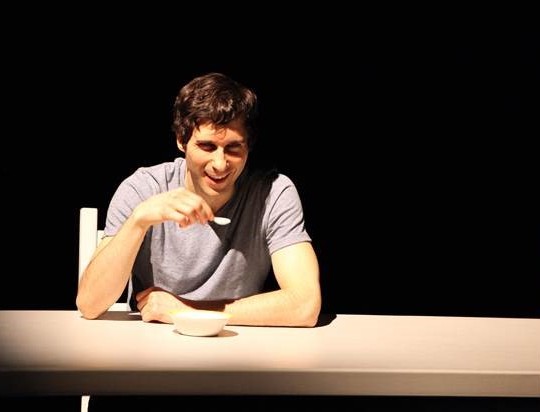 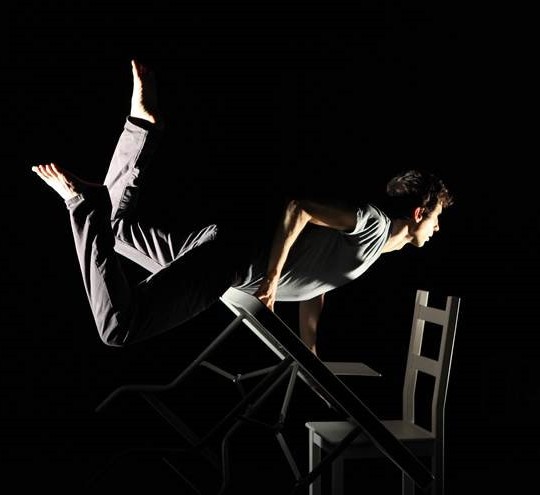 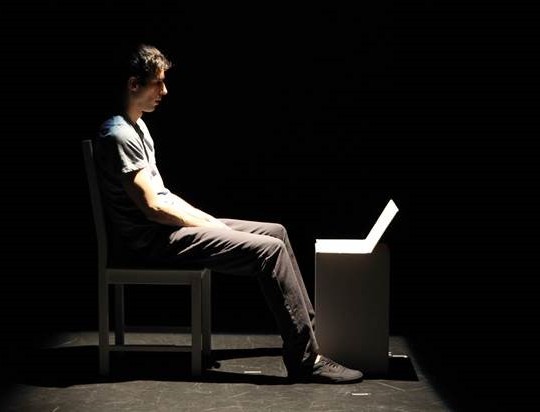 Darren Katz (Director) Original plays include You Say Tomato I Say Shut Up written by Annabelle Gurwitch and Jeff Kahn (Orin Wolf/Blumenthal PAC; Nat’l Tour); I Got Sick Then I Got Better written and performed by Jenny Allen and co-directed with James Lapine (NYTW); Cut the Shit by Stan Richardson and The Representatives. Currently developing: Squirrel Heart written and performed by Sarah Stiles (Joe’s Pub); The Real True Story (of Cinderella) by Holly Gewandter, (Joe’s Pub, Second Stage and Mass MoCA); Excuse Me There’s a Faggot in my Closet by Craig Harwood and Sxip Shirey; Rob Ford Rock Star by Jonathan Ivie and Charles Stevens; Days of Rage by Hyeyoung Kim and Shoshana Greenberg, Lifeboat by Mark Leydorf, among others. Darren directed the 2nd National Tour of The 25th Annual Putnam County Spelling Bee. As Resident Director on Broadway: The Lion King and Spelling Bee. www.darrenkatzdirector.com

Natalie Gershtein (Producer) is the Producing Director of Pipeline Theatre Company. As a New York-based producer, she has worked with Cherry Lane Theatre, Lincoln Center Festival; The Public Theater on two Under the Radar Festivals; Ars Nova Theater; Joey Parnes Productions on Here Lies Love; Snug Harbor Productions during the Off-Broadway opening of Eve Ensler’s Emotional Creature (Signature Theatre); HERE where she produced Over There by Mark Ravenhill; NAMT’s 27th Annual Festival of New Musicals; and Bucks County Playhouse as the Company Manager for the 75th anniversary season. Most recently, she line produced the original Broadway reunion of The 25th Annual Putnam County Spelling Bee as a fundraiser for The Actors Fund’s Phyllis Newman Women’s Health Initiative, and the National Alliance for Musical Theatre’s 27th annual Festival of New Musicals. Natalie is also the co-founder and Artistic Producer of Beautiful City Theatre in Montreal, Canada. Education: MFA in Theatre Management & Producing, Columbia University.

Erik T. Lawson (Sound Designer). New York: Stalking the Bogeyman (New World Stages), Sotto Voce (Theatre for the New City), On The Other Side of the River, Sawbones and The Diamond Eater (HERE), Nun$, The Miser, Major Barbara (Brave New World), Nomads and Victor Frange Presents Gas(Incubator Arts), SeXcurity (IRT). Additional credits include Cincinnati Playhouse in the Park, Pittsburgh Irish & Classical Theatre, and Asolo Repertory Theatre. His designs and original scores have been exhibited in the Czech Republic at the 2011 and 2015 Prague Quadrennial, and at World Stage Design 2013 in Cardiff, UK. MFA: Carnegie Mellon University, School of Drama. www.eriktlawson.com

Shannon Deep (Dramaturg) is as a writer and developmental dramaturg in New York City. With the Roundabout Theater Company, she served as dramaturg and co-writer for Prospect High: Brooklyn, a semi-finalist at the 2015 National Playwrights Conference at the Eugene O’Neill Center and published by Smith & Kraus. Other developmental credits: Kathy Najimy’s one-woman show,Lift Up Your Skirt;  The Representatives’ The Lower Lights; Rady & Bloom Collective Playmaking’s The Girl of the Golden West. As a playwright, librettist, and lyricist, her work has been showcased in readings, festivals, and cabarets. Selections of her narrative non-fiction essays can be found on The Huffington Post, Narratively, and Thought Catalog. @sldeep

For more information about SeXcurity and past productions, click here.