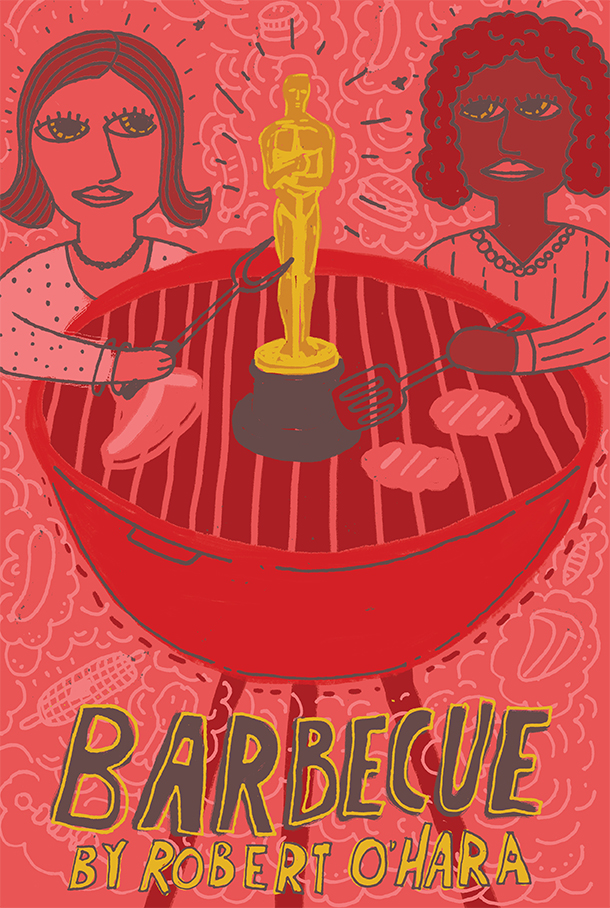 In this hilarious and devastating comedy by Robert O’Hara (Bootycandy, Antebellum), the pill-popping, chain-smoking, whiskey-swilling and foul-mouthed O’Mallerys have gathered in their local park to share some barbecue and straight talk with their trainwreck of a sister Barbara, whose spiral of drugs and recklessness has forced her siblings to stage an open-air intervention. When the story twists to reveal two parallel families – one white, one black – the event becomes raucous and unpredictable. Racial politics collide with family stereotypes, survival, and America’s fascination with self-destruction as entertainment. REGIONAL PREMIERE

Barbecue  is sold out for: 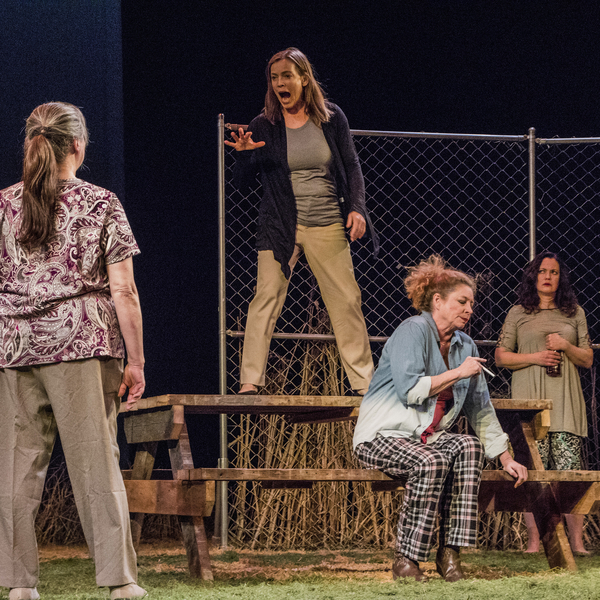 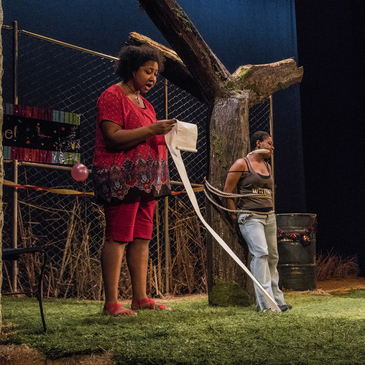 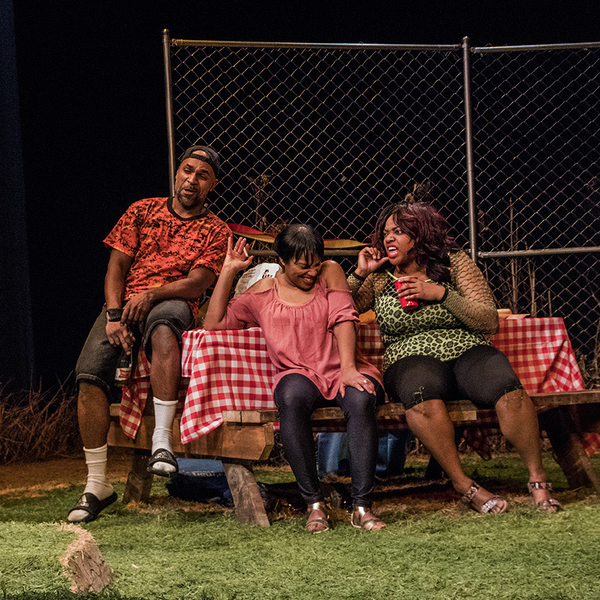 “…a ferociously funny send-up of addiction, Hollywood and race.”
“…O’Hara cements himself as one of the most potent, sophisticated and fearless satirists writing today.”
–Andrea Simakis, The Plain Dealer

“…a bold, risk-taking venture, and hooray for that!”
“…this is a show that will keep you laughing, intellectually involved (eventually), shocked and guessing.”
–Christine Howey, Scene Magazine

“…a savory and satisfying offering… certainly worth sampling.”
–Bob Abelman, The Morning Journal

“…surprise after surprise…”
“…funny, thought provoking, creative and effective… It’s worth the time to see this show!!!”
–Roy Berko, royberko.info/blogspot.com 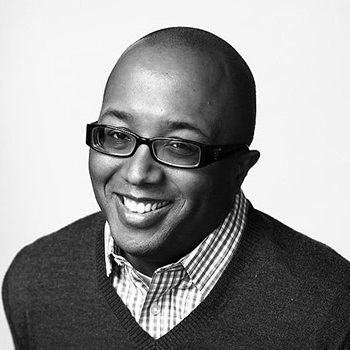 ABOUT THE Playwright: Robert O’Hara

Robert O’Hara has recently released his Film Writing and Directing debut, The Inheritance. He received the 2010 NAACP Best Director Award for his direction of Eclipsed by Danai Guiria. He received 2010 Helen Hayes Award for Outstanding New Play for Antebellum and an OBIE Award for his Direction of the World Premiere of the critically acclaimed In The Continuum at Primary Stages. He wrote and directed the World Premiere of Insurrection: Holding History at the New York Shakespeare Festival, the piece received the Oppenheimer Award for Best New American Play and was subsequently published by both TCG and Dramatist Play Service. He directed the World Premiere of Brother/Sister Plays (Part 2), Co-Production at McCarter Theater/ New York Shakespeare Festival. His recent Stage Directing: Tough Titty, Magic Theater. Eclipsed, CTG/Kirk Douglas Theater. A Life In The Theater, Alliance Theater. Brother Size, City Theater. His new play Etiquette of Vigilance was produced in the Steppenwolf First Look Festival 2010. ACT/Zeum recently produced his play, Good Breeding. His play, Bootycandy, under his direction, was presented at the Woolly Mammoth Theater. He is currently an Adjunct Professor at NYU/Tisch School of the Arts. www.robertohara.com 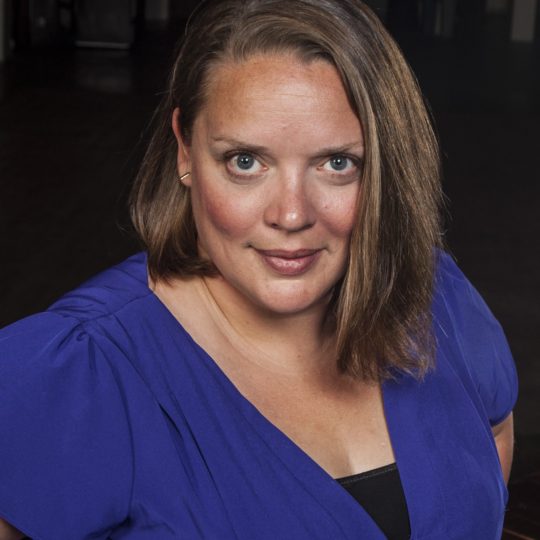 ABOUT THE DIRECTOR: Beth Wood

After appearing on the CPT stage since 2002, Beth joined the CPT staff in 2007. A director, actress, administrator, designer, educator and theatre technician, she holds a BA in Communications and Theatre from John Carroll University. In July 2016, Beth was awarded a Theatre Communications Group Leadership U[niversity] Continuing Ed grant allowing her to travel to theatres throughout the country during the 16/17 season to research new play development models. As a director of adventurous scripted work, Beth’s CPT directing credits include BOOM by Peter Sinn Nachtrieb (third U.S. production), Why Torture is Wrong and the People Who Love Them by Christopher Durang (second U.S. production), FEVER/DREAM by Sheila Callaghan, The SantaLand Diaries by David Sedaris at Playhouse Square (2011, 2014), The Loush Sisters Making the Yuletide Gay at Playhouse Square, Antebellum by Robert O’Hara (second U.S. production), There Is a Happiness That Morning Is by Mickle Maher, The Loush Sisters DO the Nutcracker, the National New Play Network Rolling World Premiere of in a word by Lauren Yee, The Loush Sisters Love Dick’ns: Great Expectations and Lines in the Dust by Nikkole Salter. In addition to her work with scripted productions, Beth co-created The Loush Sisters for Playhouse Square in 2011 and CPT in 2013 and 2015. This season, Beth will be co-leading a new holiday show with Raymond Bobgan (Light the Lights ‘Ole Moses CLE! a wild holiday romp), and directing Robert O’Hara’s Barbecue. CPT acting credits include Hedwig and the Angry Inch, Mrs. Bob Cratchet’s Wild Christmas Binge, A Bright Room Called Day, Fefu and Her Friends, The Rocky Horror Show, Our Town, Pulp, Matt & Ben, Anna Bella Eema (co-production with Theater Ninjas), Open Mind Firmament, Don’t Call Me Fat, Akarui, Standing on Ceremony, Earth Plays, The Loush Sisters DO the Nutcracker, The Loush Sisters Love Dick’ns: Great Expectations and Mr. Burns – A Post-Electric Play. A former Actor-Teacher for Great Lakes Theater, Beth has taught a variety of theatre and acting courses throughout Northeast Ohio, and has served as the technical director for John Carroll University, Lakeland Theatre and Stagecrafters. 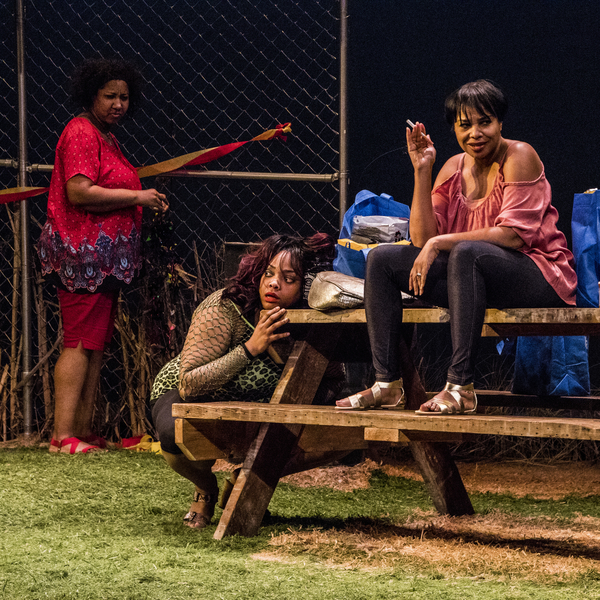 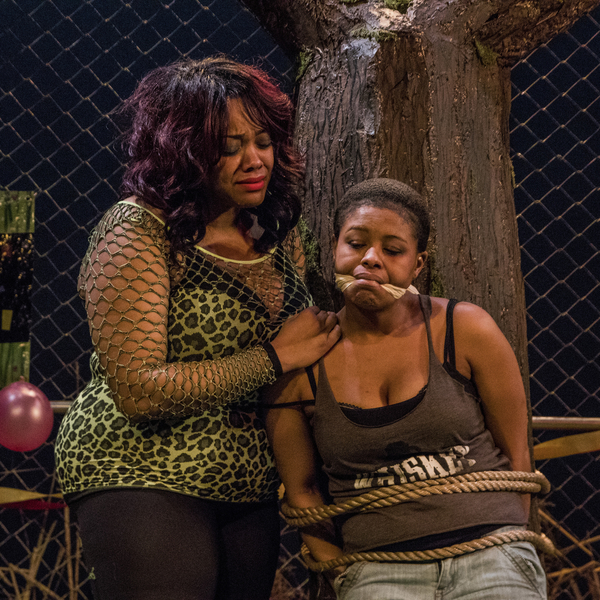 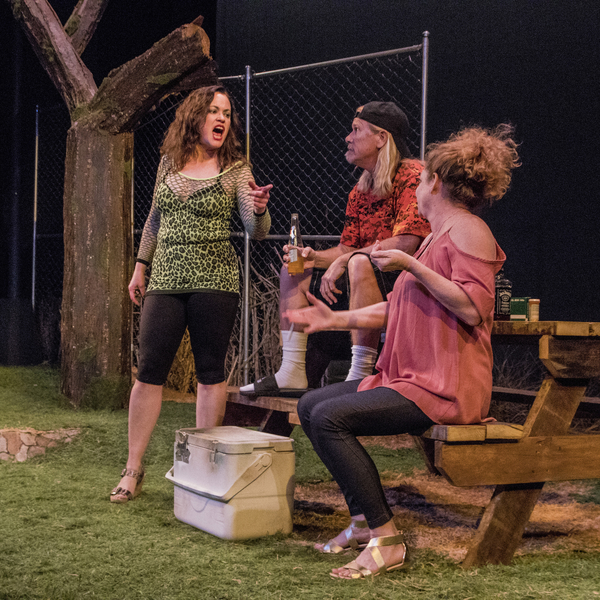 A note from the Director, Beth Wood

When I realized what was actually happening, I threw my script across the living room because I was so mad.

And I was mad for a good 3 minutes. But I couldn’t help but pick up the script to find out what happened next. Barbecue seems like a funny and absurd discussion of addiction, but in fact, it’s talking about so much more – how we see each other, how we see issues like addiction and poverty, and how we, as a society, assign those things to certain groups of people because we don’t think it’s our problem.

On the surface, this play appears to be about an intervention – four siblings coming together (who have their own addiction issues and substance abuse problems) to help their youngest sister Barbara, who’s a hot mess.

But then something happens. The lights go black. The cast changes. The white family we came to know is now being played by an African-American cast. And scene by scene, the casts switch back and forth, the trajectory of the play barreling forward.

We see fictional shows like Shameless gain major popularity – and the struggle of that family is real. Yes, it’s funny, but it’s also incredibly tragic. We laugh at this family breaking their backs to make ends meet while their father is destroying their lives inch-by-inch because of his addictions. But in the same breath, as much as they want to get rid of him, they can’t. They love him. And that’s family. With this family in Barbecue, as much as they battle to like each other most of the time, it ultimately comes back to the fact that they love each other – even in all their dysfunction. 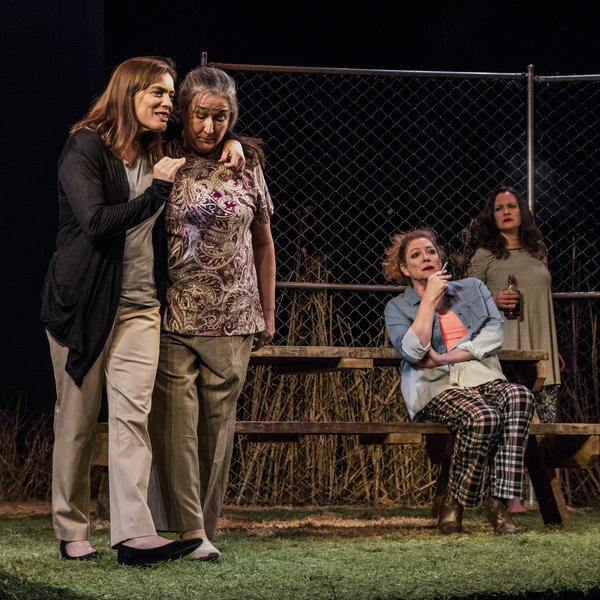 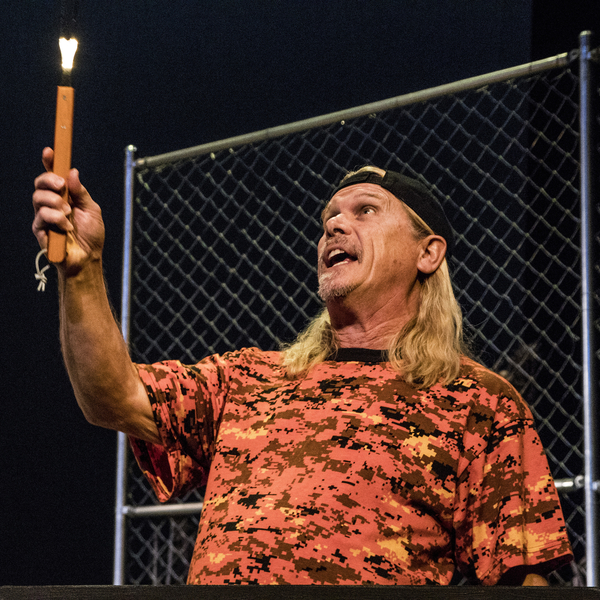 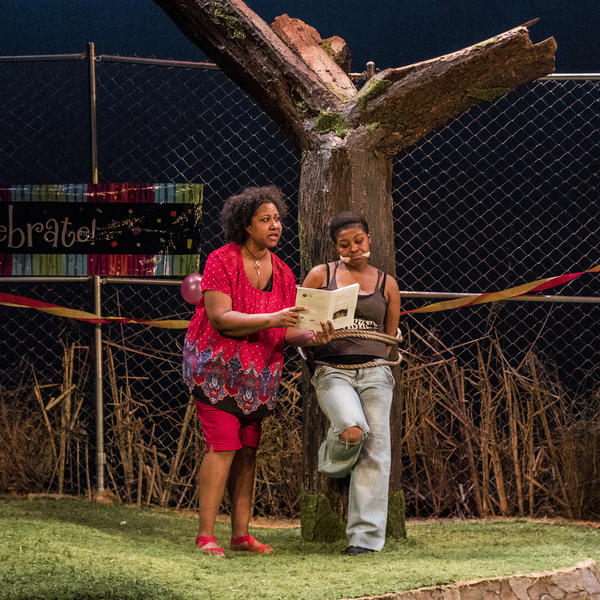 An Excerpt from Barbecue

As the siblings prepare for the intervention and Barbara’s impending arrival, Adlean and James T. talk strategy. 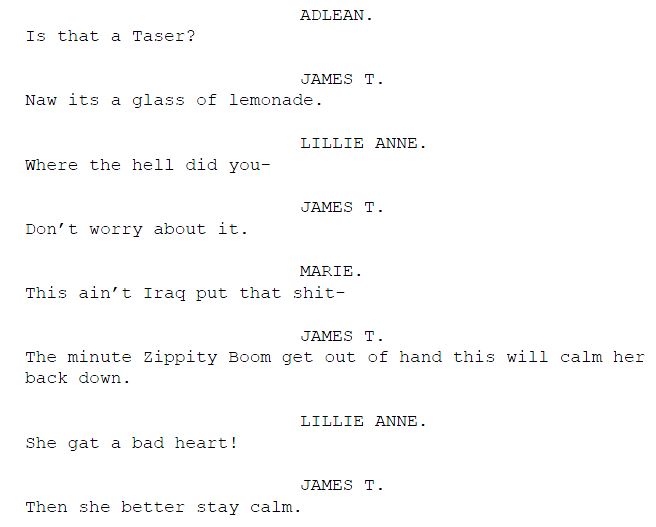 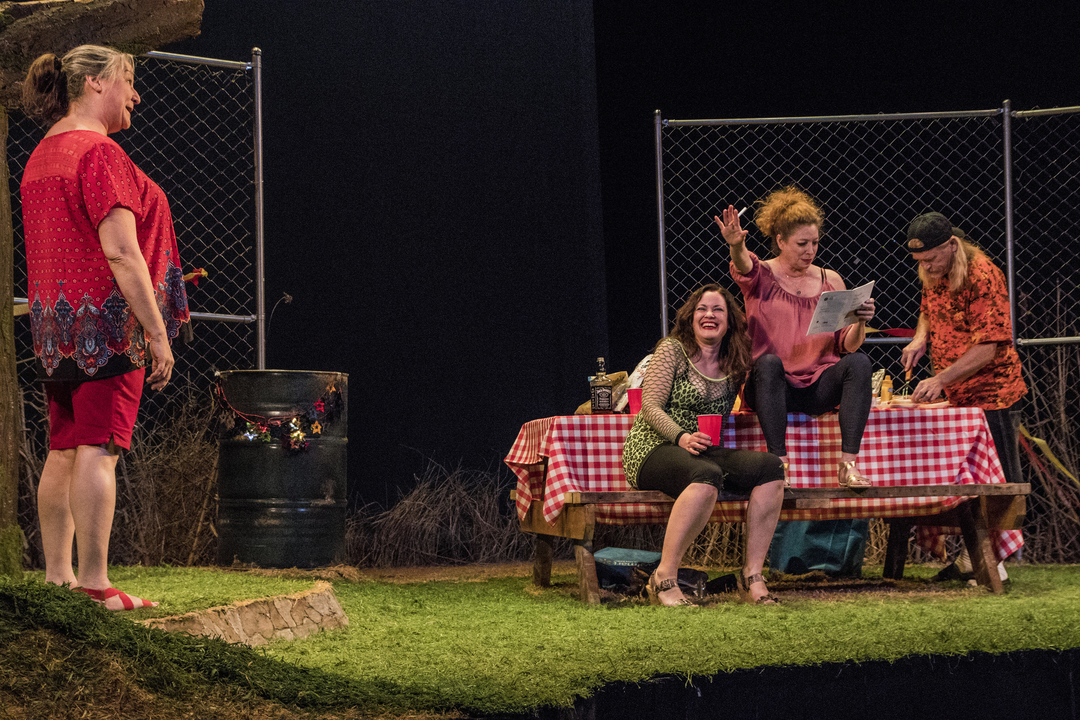 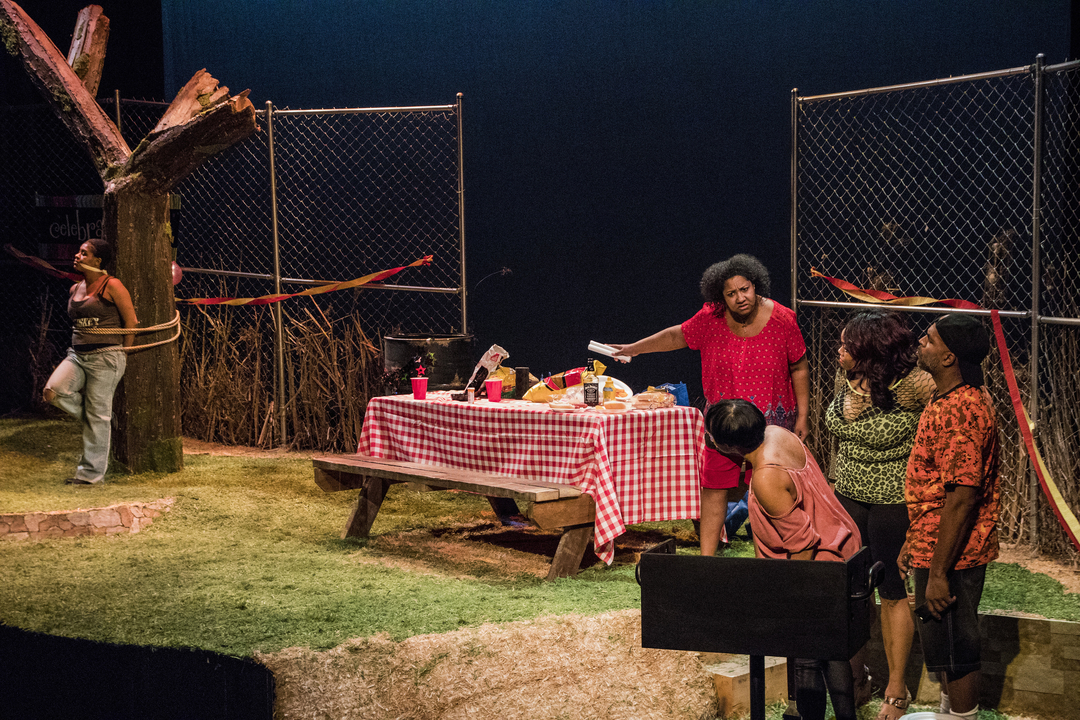 “…Well, how many black directors do you know?”

An interview with Robert O’Hara (courtesy of Playwrights Horizons) 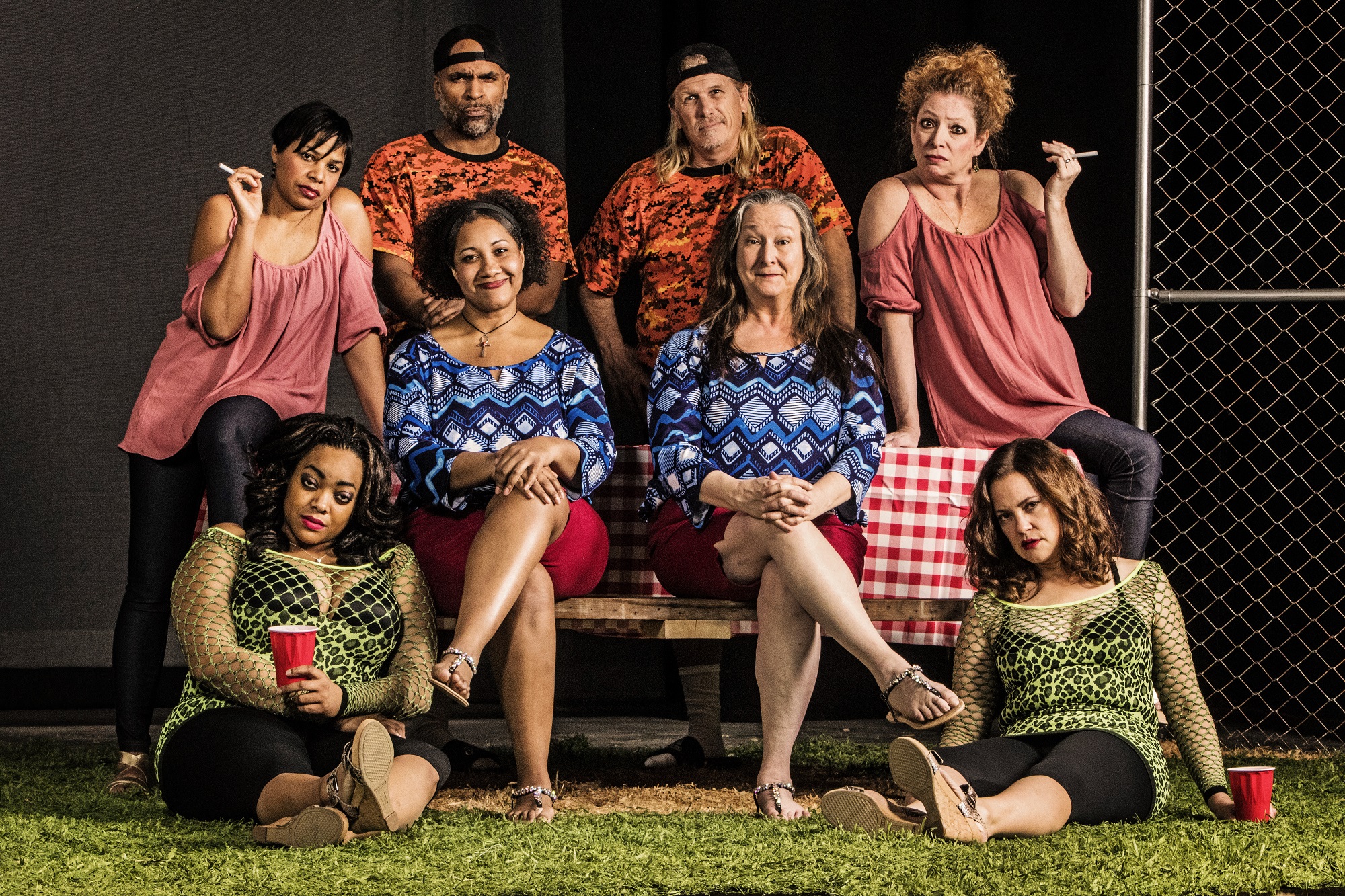 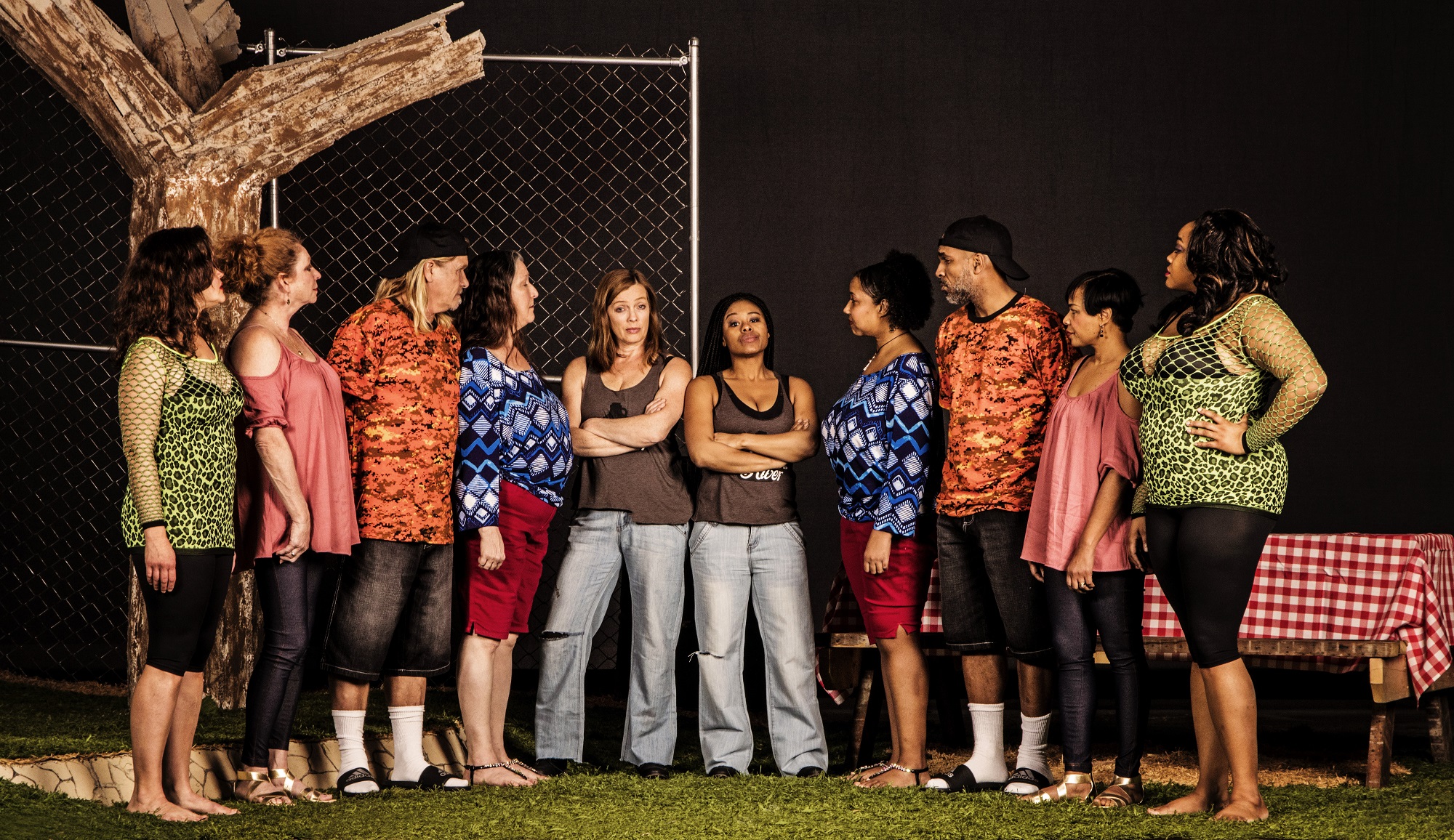 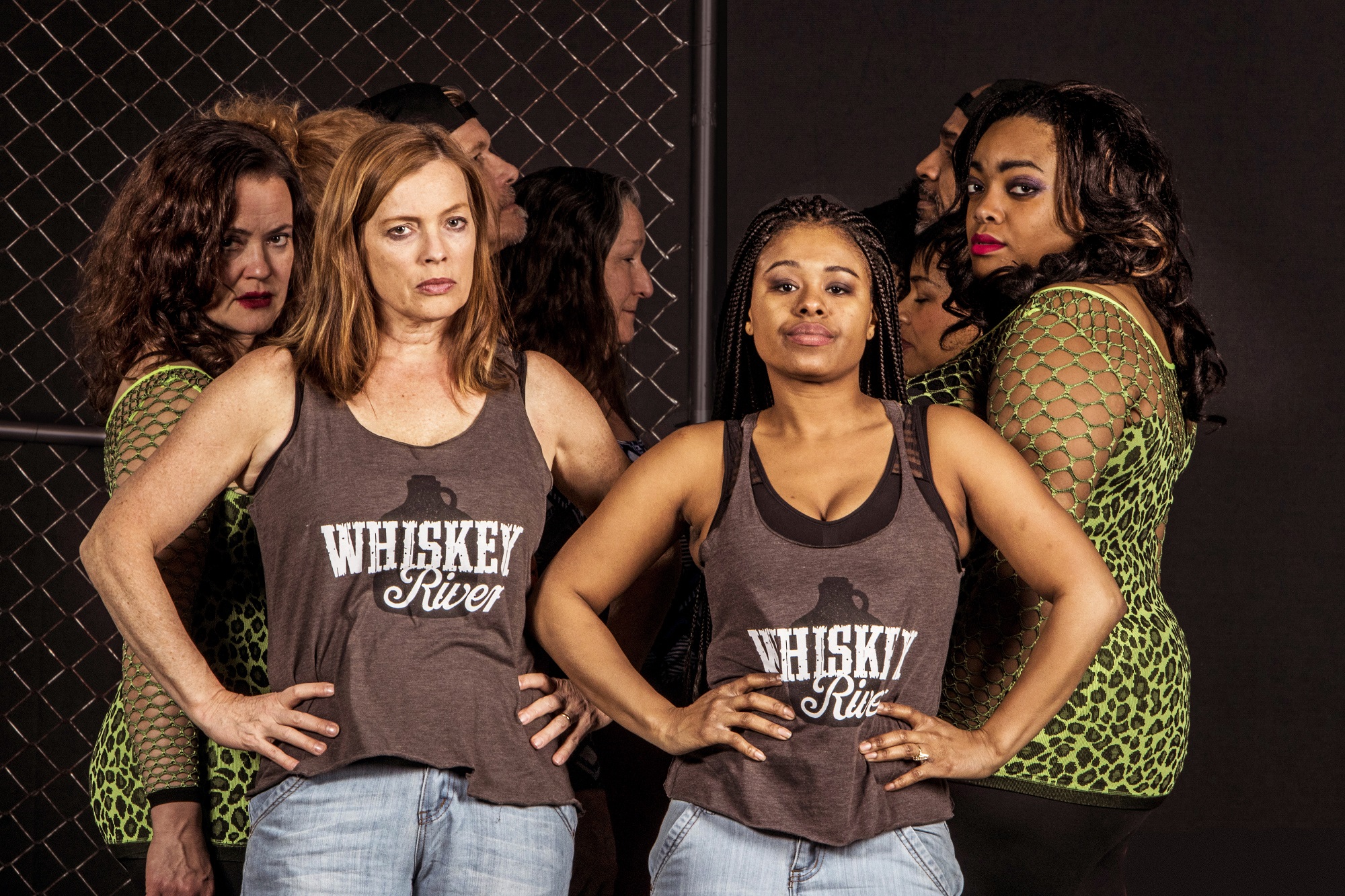