I CALL MY BROTHERS 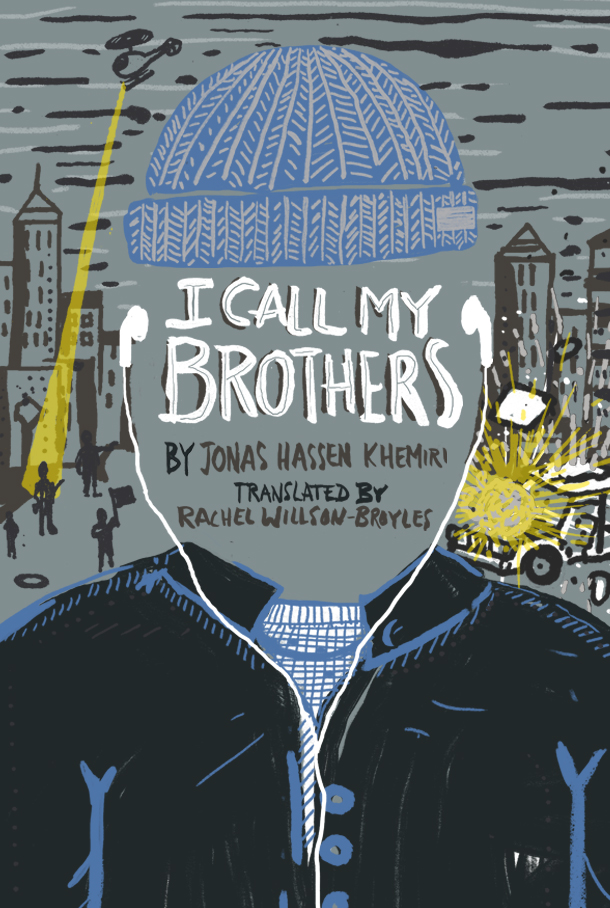 Something has happened. A car. An explosion. And a city is paralyzed with fear. But Amor has an important errand to run. He walks the streets with his backpack and his cell phone, doing his best to blend in. But what looks normal? A funny and fierce showdown with paranoia, I CALL MY BROTHERS offers a 24-hour journey inside the head of a young, Arab-American man, suddenly a stranger in his own city. What happens when the lines between reality and fantasy, love and fear, criminal and victim, become increasingly blurred? REGIONAL PREMIERE

"Intense and visceral… a portrait of the lasting psychological effects of being subjected to and internalizing racism... an immersive look into the internal workings and emotional state of man who is an outsider in his own hometown." (DC Theatre Scene)

**Please be advised, the play contains profanity and references to adult topics.**

The newly-renovated James Levin Theatre is fully ADA-accessible, featuring a newly-installed patron elevator and the addition of gender-neutral, wheelchair-accessible restrooms. 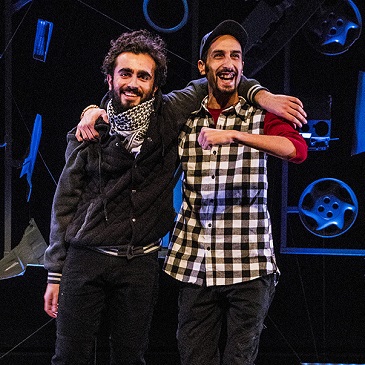 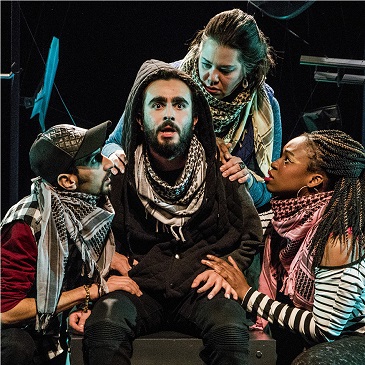 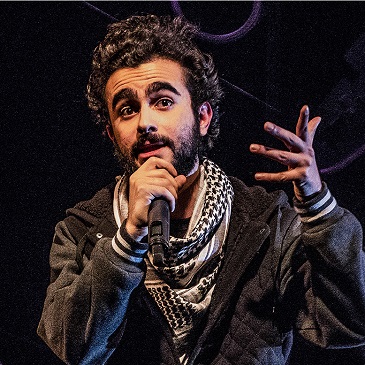 “Powerful, visceral… a poignant portrait of next to normal.”
–Bob Abelman, The Morning Journal

“It’s not about divisiveness; it’s about unification.”
–Applaud Squad Reviews 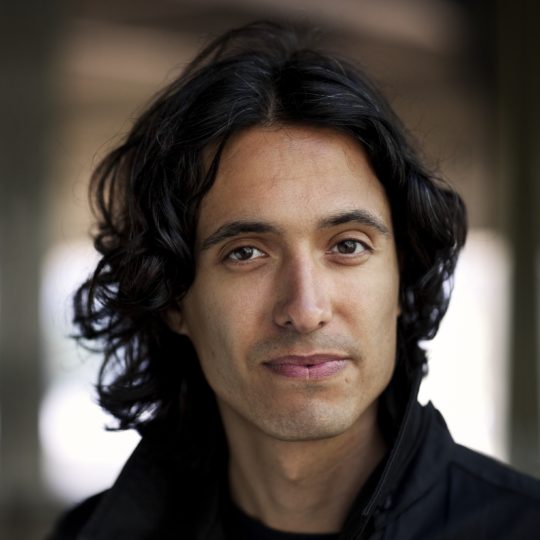 ABOUT THE PLAYWRIGHT: JONAS HASSEN KHEMIRI 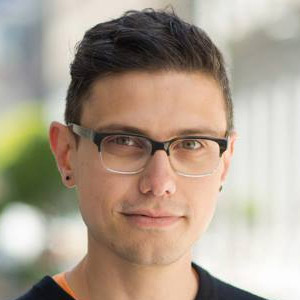 About the Director: Evren Odcikin 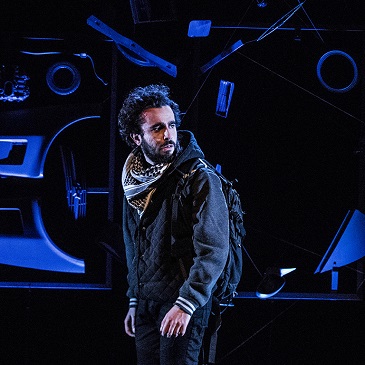 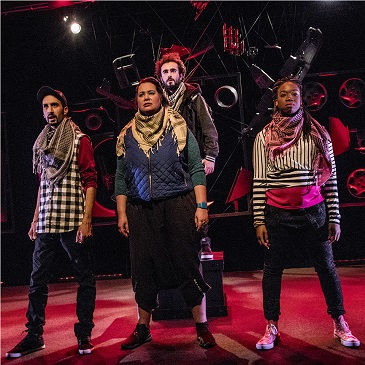 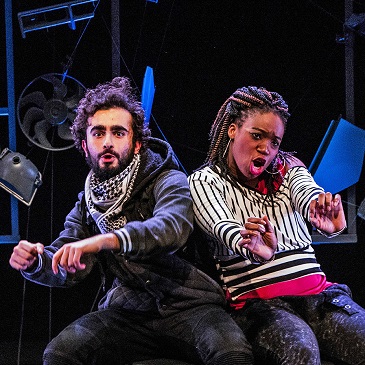 A Note from the Director…

At this time, when the Muslim and Middle Eastern communities are explicitly under attack, it feels like a brave act to put up this play, I Call My Brothers. To stand up and say, I am a Muslim artist. To create a work that might challenge and even anger some people both outside and inside these communities.

I Call My Brothers is funny, deeply challenging and has an almost punk disregard for expected theatrical structure. It makes me laugh, cry and then laugh again. It has hip hop swagger, poetic imagination and masterful character writing. I recognize so clearly the immigrant journey – that unique place of being caught between two worlds – fitting in one minute and finding you are off-step the next.

Amor, the young man at the center of I Call My Brothers, is not a model minority. But then, neither am I. He is a deeply flawed man-boy unable to face the forces that are much bigger than him. But he is also surrounded by community and love.

That sense of community and love that I Call My Brothers fosters is why I want to direct this play at this time. It’s what I need and I know it’s what a lot of people need right now. Muslim or not. Middle Eastern or not. Immigrant or not.

2015 National Directors Fellow & Director of I Call My Brothers 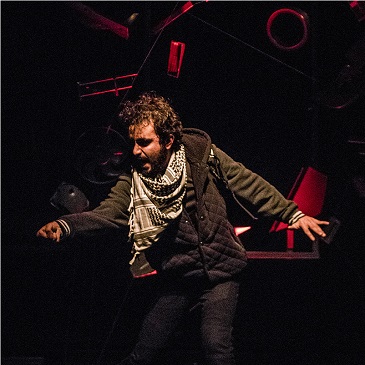 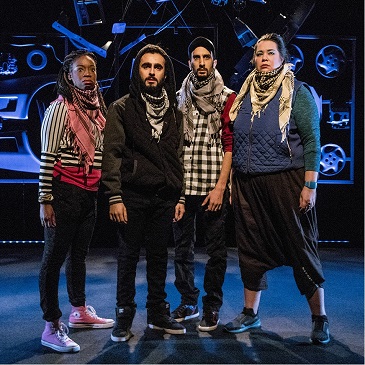 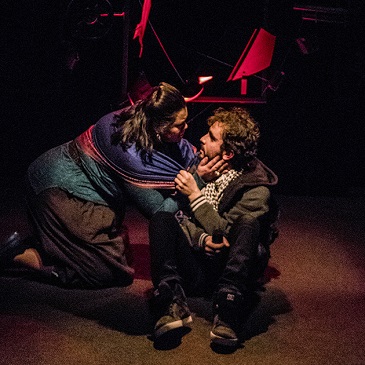 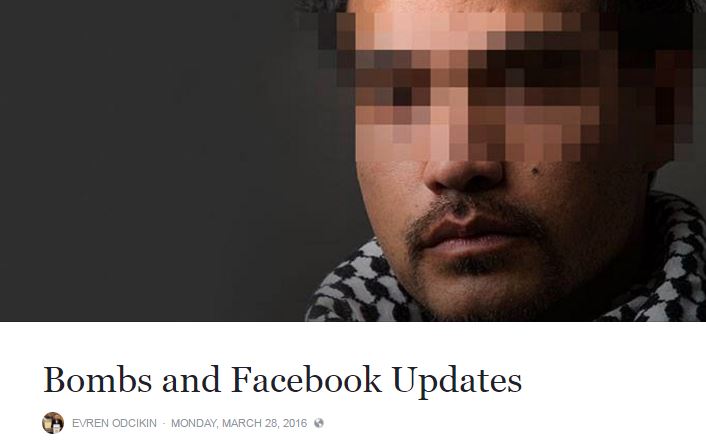 “…a bomb exploded in downtown Ankara…”

I Call My Brothers’  director responds to terror in his hometown.

“A month ago, a bomb exploded in downtown Ankara only blocks from where my brother works. I woke up to a few updates in my newsfeed, mostly from my Turkish friends. Saw the picture of where it had happened, lost my breath. A very scary call to make. He seemed less anxious than I was. ‘We’re alive. For today,’ he said with a dry laugh. Forced humor used as armor, something I’m very used to having grown up in Turkey. In the 90’s, mom wouldn’t let me go to the movies, as movie theatres were a common target for suicide bombers. I’d laugh in her face every single time.” 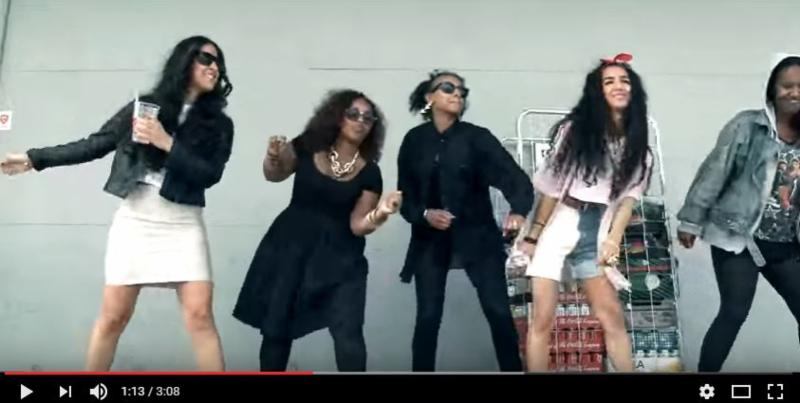 A Peek into the Process: Inspirational Videos

When first working on the show, Evren googled “Swedish Arab Hip Hop,” not expecting much and was shocked at the depth of some of the work. Lilla Namo was the first rapper that drew his attention. Her music, her style and her crew in the videos are all huge inspirations for the look of CPT’s upcoming production.

Another find from Evren’s research was Swedish-Gambian artist Seinabo Sey. This song, with it’s driving beats and spot-on lyrics, plays a significant role in Evren’s plans for the production. He also found out later that Jonas (the playwright) knows Seinabo Sey and that she presented him with the prestigious August Award in 2015.

Narcy has long been at the vanguard of Middle Eastern-American hip hop. You may find that the style and attitude of this song are represented in I Call My Brothers.

Evren has always loved the diversity that this video presents of the Middle Eastern and North African communities and hopes to reflect a similar diversity with this cast and in the way these identities are approached within the production. 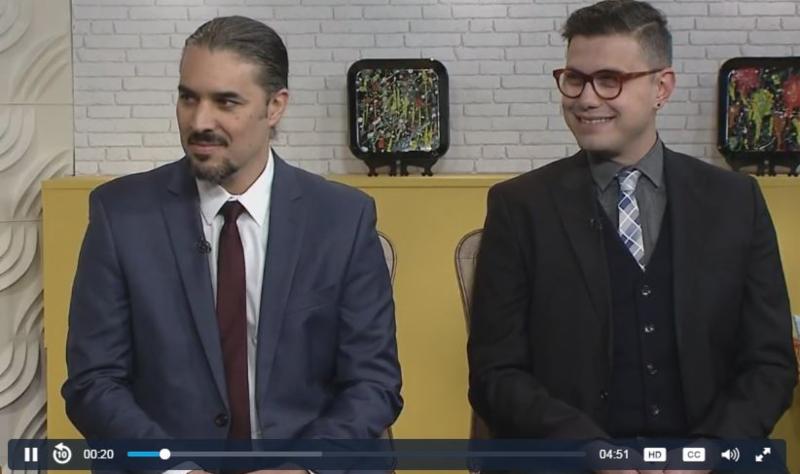 Click here or on the thumbnail to the left to watch the full video.

“In our current moment where [the Muslim] community is explicitly being attacked and singled out in different ways, it feels important for us to start owning our own story, and actually working on changing the narrative. I appreciate plays like I Call My Brothers that allow us to be ourselves. And by that I mean not just positive portrayals, but that we get to be as flawed, as interesting, as anyone else. Because sometimes that ‘Good Muslim/Bad Muslim’ narrative is very dehumanizing.”

– Evren Odcikin, Director of I Call My Brothers 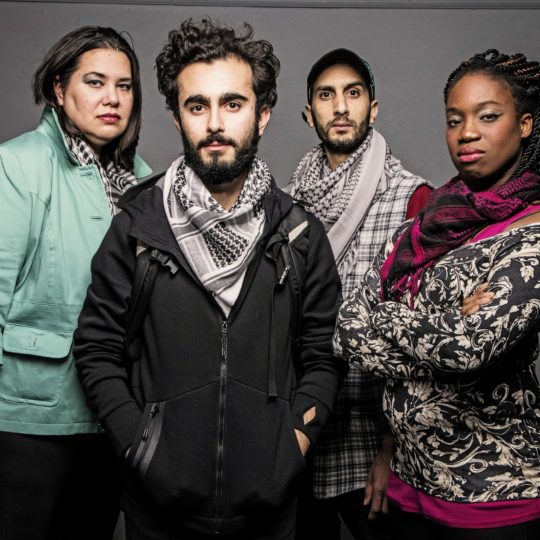 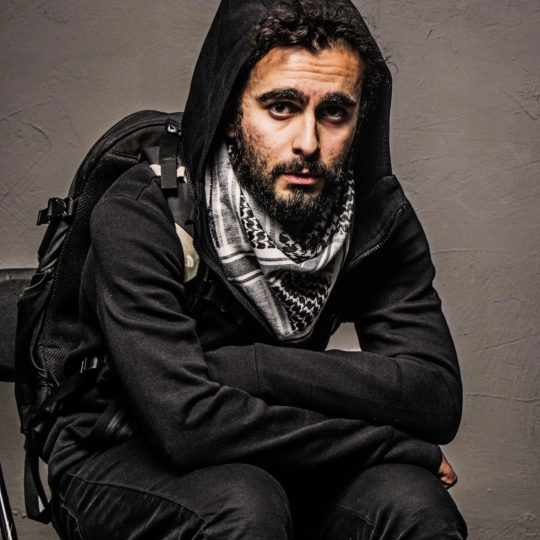 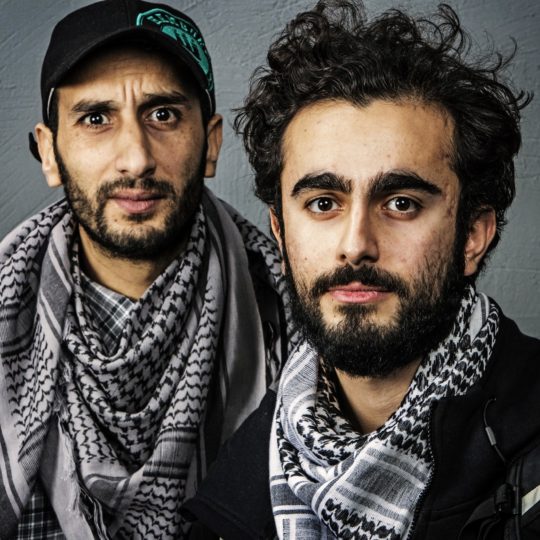