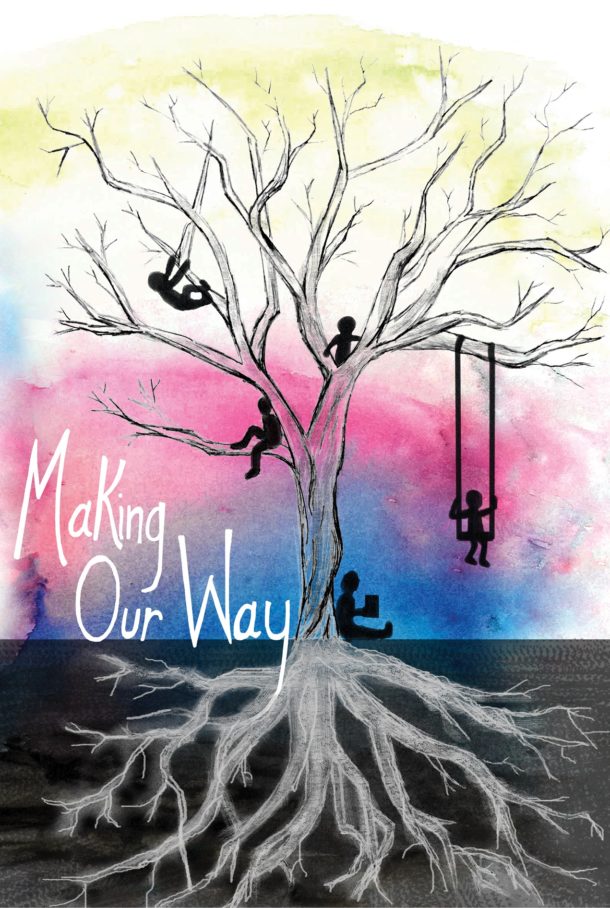 A young woman’s world is turned upside down when she is forced to leave her home. Along her journey to safety, she collides with a family torn by war, a group of friends fleeing danger, a young man in search of a new life and his long-lost friend, and a mysterious woman who knows their path forward. Making Our Way, an original performance based on the personal experiences of 15 international teenagers from eight countries, is a story of finding footing, forging new pathways, and discovering the power of friendship and family. GLOBAL TEEN PERFORMANCE PROJECT participants navigate hope and despair, and uncover magic and new life as they look to each other for help and answers.

We are no longer accepting reservations. A few seats remain that are first come, first served on the night of the event. A waiting list will begin at 6:00pm in CPT’s Box Office Lobby.

We are no longer accepting reservations. A few seats remain that are first come, first served on the night of the event. A waiting list will begin at 6:00pm in CPT’s Box Office Lobby.

There are also 2 in-school showings on Wednesday, March 14 at 8:15AM and 9:30AM. If you would like to attend, email courtney@globalcleveland.org.

Making Our Way features original stories and performances created by GLOBAL TEEN PERFORMANCE PROJECT, students from Thomas Jefferson INTERNATIONAL NEWCOMERS ACADEMY, ages 14-19. This performance is the culmination of a rigorous and collaborative after-school rehearsal process between students and CPT teaching artists, with the support and involvement of the school’s teachers and staff. Together they have created an original work of theatre based on the students’ stories and cultures, and their experiences as newcomers in the U.S. This program, a collaboration between Cleveland Public Theatre and Global Cleveland, seeks to enhance cross-cultural understanding among a diverse group of international teens and their new Cleveland community. Special thanks to the entire student body who participated in a series of workshops, contributing their talents in the creation of this work.