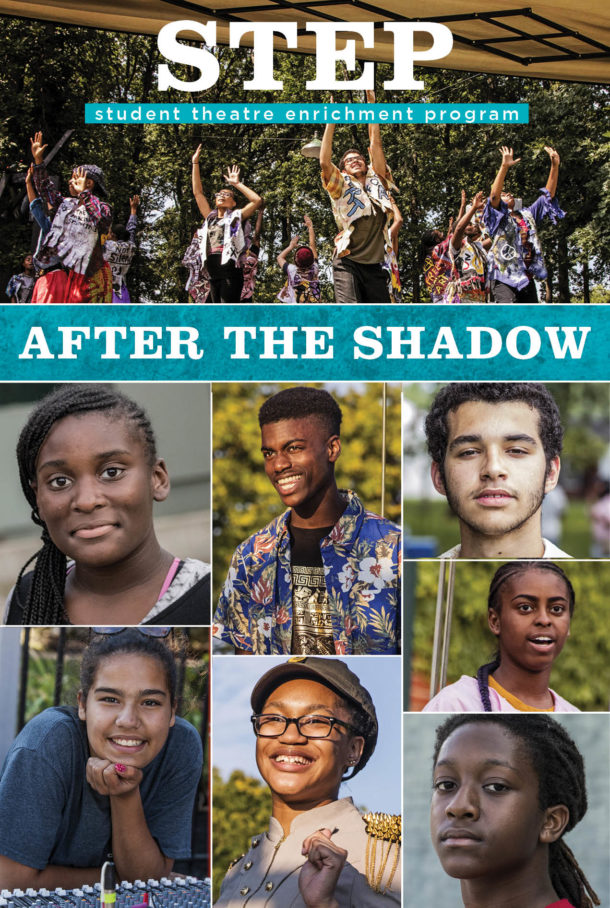 Times and locations vary, see below,

Created and performed by the 2018 STEP cast and tech ensemble, After the Shadow follows three sisters as they battle a fearsome monster in the belly of a labyrinth, challenge a heinous queen, and encounter a magical woman, giver and taker of life. The sisters must confront death to discover hidden sides of themselves. Inspired by traditional stories of Greece, Sumer, and Russia, After the Shadow is a moving tale with song, dance, and vibrant performances. Uncover trust and love in the face of fear and hate as Cleveland youth celebrate the light, even within the darkness. Bring a blanket or lawn chair and enjoy free theatre in the park! 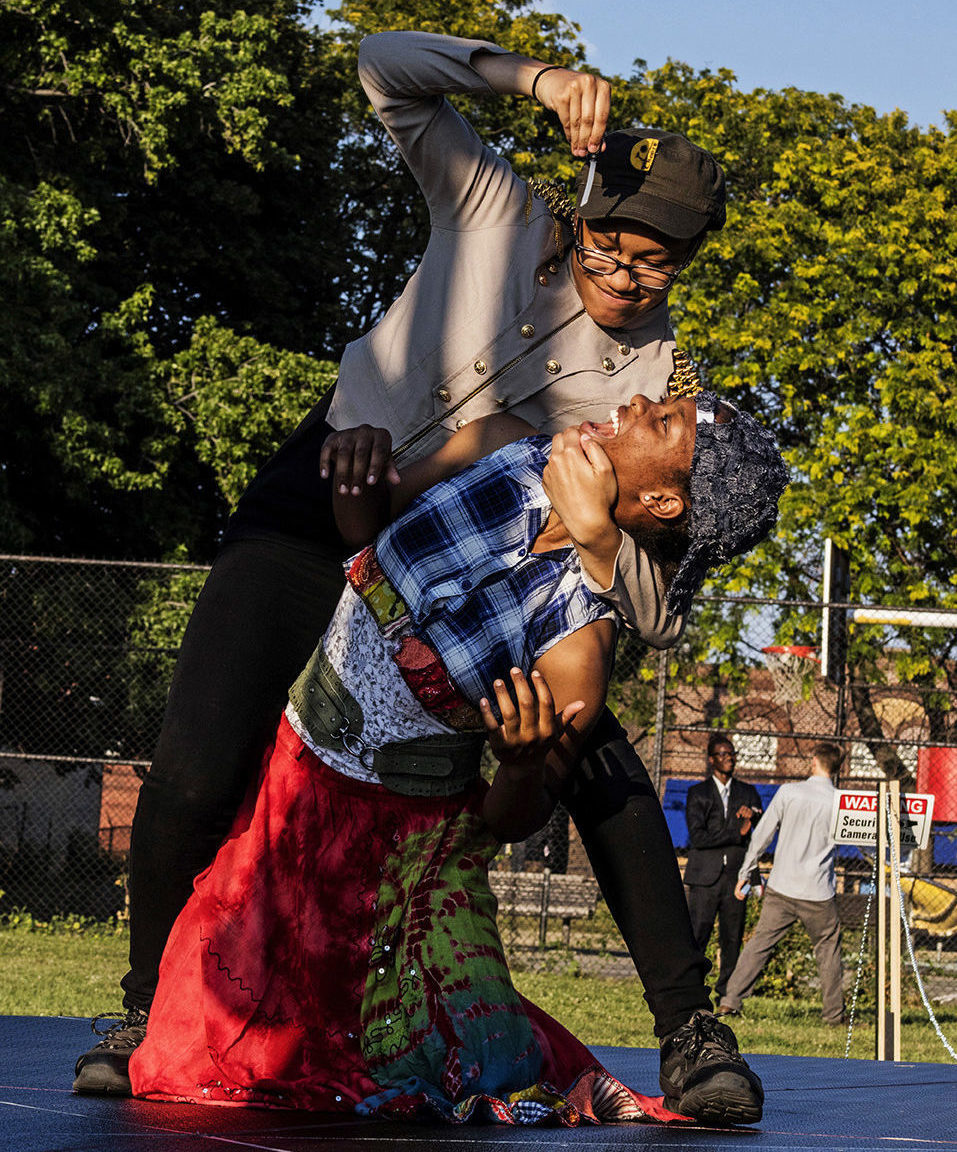 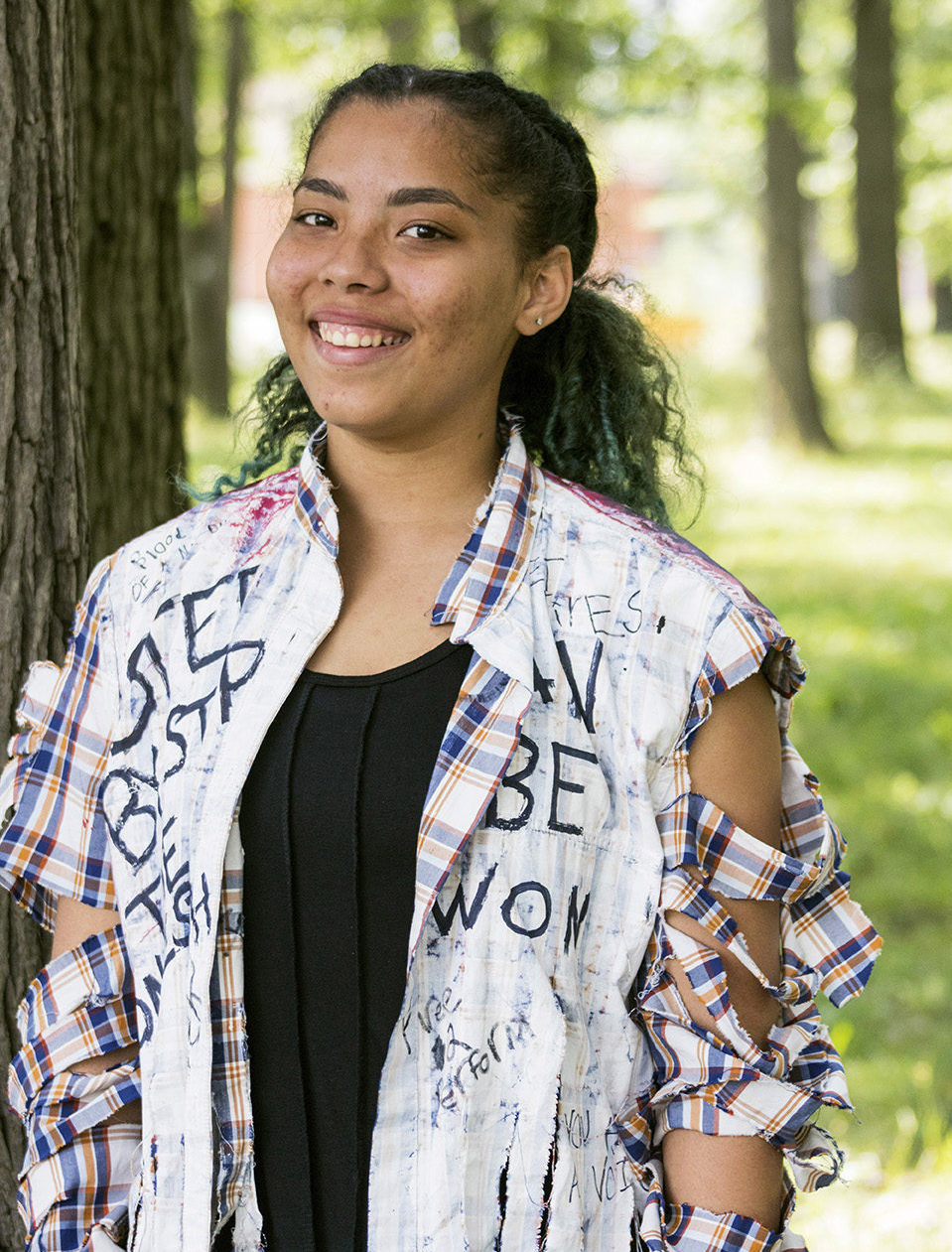 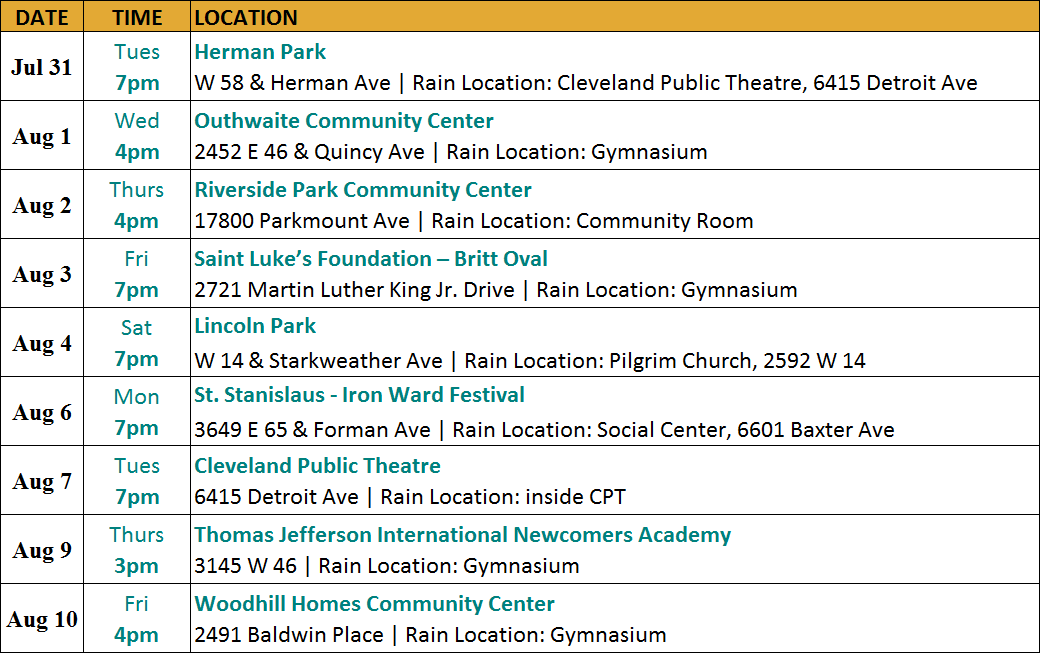 STEP on WKYC’s LIVE on Lakeside 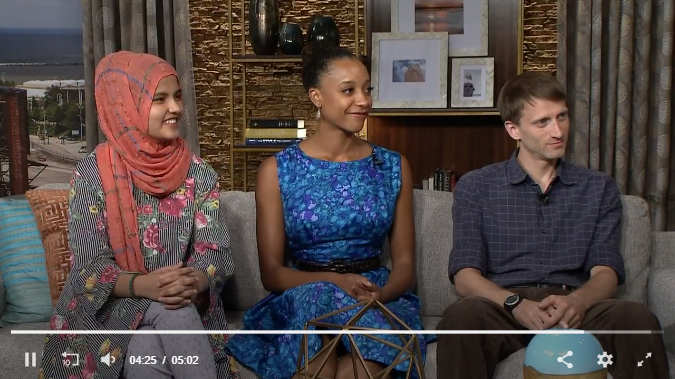 “We’re so inspired by all of our youth every single day. They are incredibly talented, brilliant students who are bringing all of themselves to the theatre every day. We can’t wait to share everything that we’ve learned from them, and share their talent as we go on tour for two weeks.”

A Note from CPT Staff

It’s a warm summer evening in the park. Rays of late-day sunshine peek through the trees, and the excited hum of a crowd fills the air.

You find a spot on the grass and set your lawn chair down. In a few moments, the youth of our city will take the stage, speaking their truth and sharing their hearts in an original new play, After the Shadow.

CPT’s Student Theatre Enrichment Program (STEP) is a rigorous 8-week intensive engaging Cleveland teens in creating, performing, and touring an original production. Collaborating with a team of professional artists, the youth draw from their own experiences and breathe life into each aspect of After the Shadow. The participants not only influence the development of the story – they sew the costumes, build the set, and then share their work while on tour in parks across the city.

After the Shadow is a free, family-friendly show inspired by folktales and myths from Greece, Sumer, and Russia. The story follows three sisters as they seek to celebrate life in the face of darkness while exploring what it means to be human.

We invite you to take a look at the schedule below, bring your lawn chairs and picnic blankets, grab a friend or loved one, and be inspired by these remarkable young artists – the future of our city. 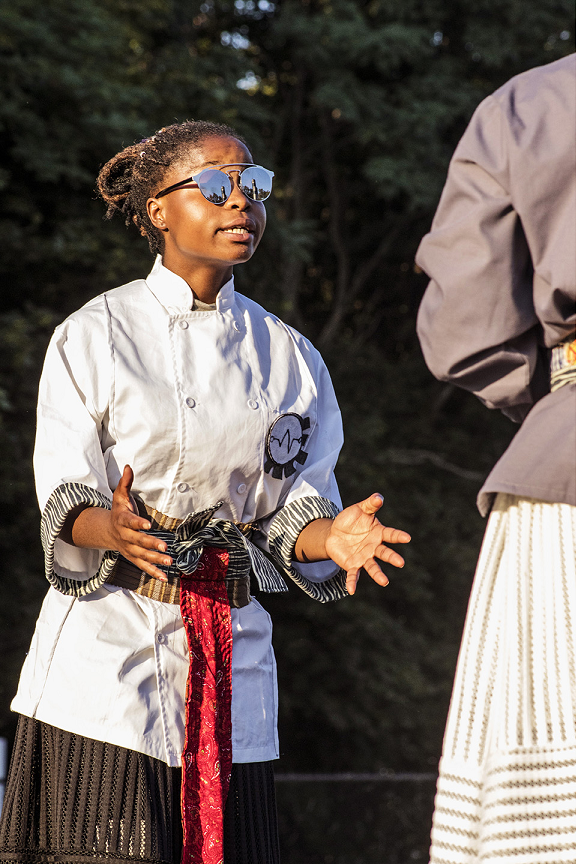 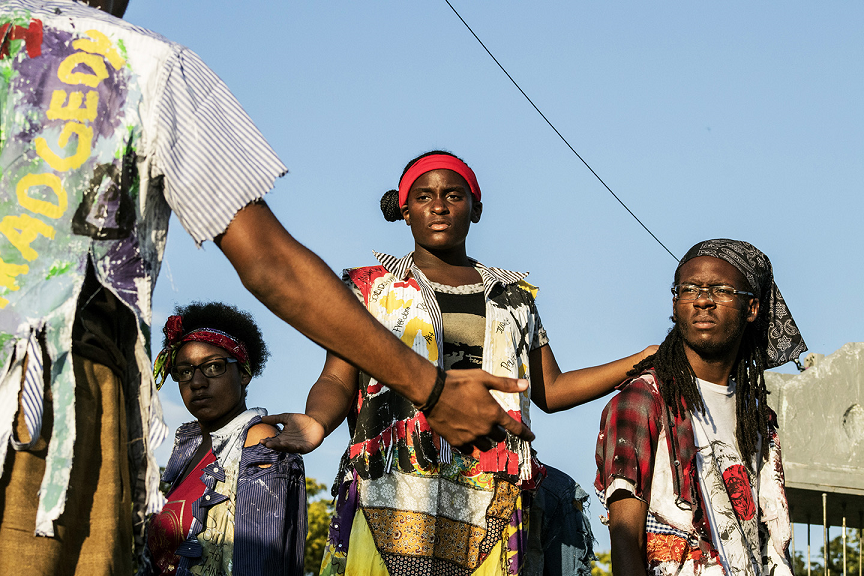 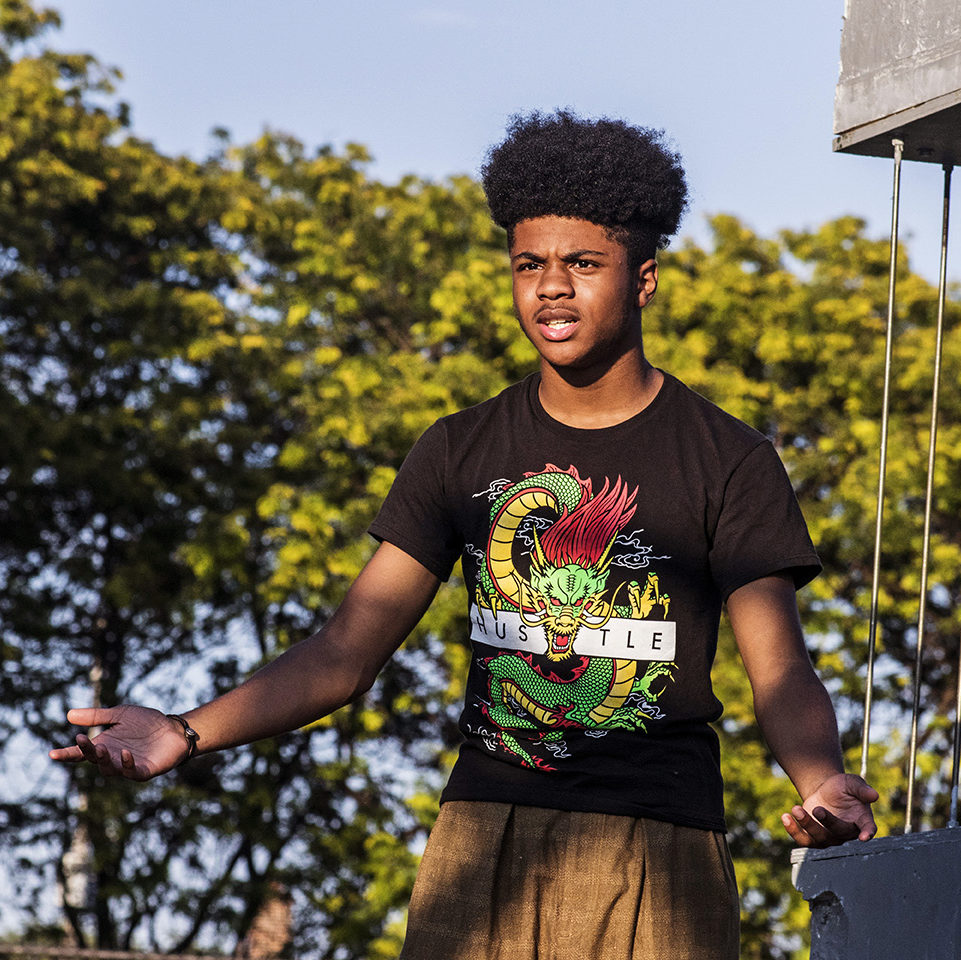 “They can use these skills in their own home, out in the world, in any job.”

This is the second year the Tech Team is playing a larger role – onsite for all 8 weeks of the program and responsible for the full scenic and costume design. Below are some of the pre-construction sketches of the set for After the Shadow, drawn by STEP participants.

“I’m really excited for their set to come to life. It’s four gateways around the corners of the stage. The stories within the play come to life out of these portals. For me, the best thing about STEP is seeing the youth care. Seeing them find joy in something that brings me joy and hoping that even if they don’t stay in theatre, they can use these skills in their own home, out in the world, in any job.” 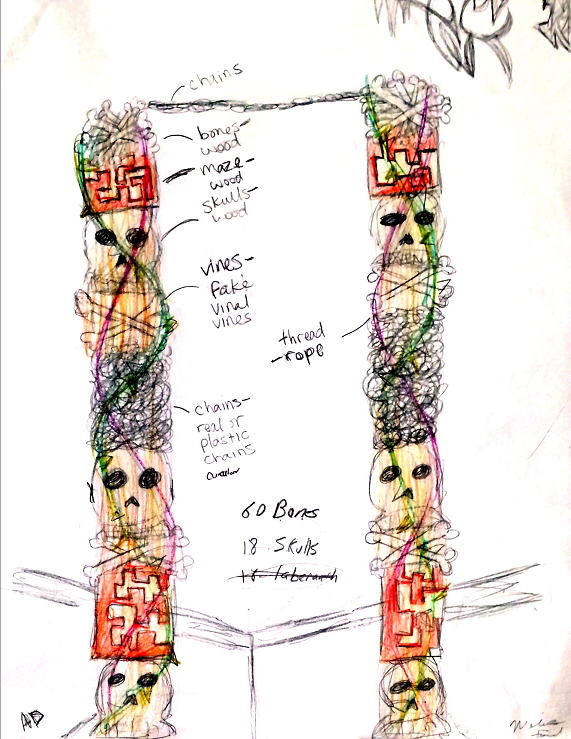 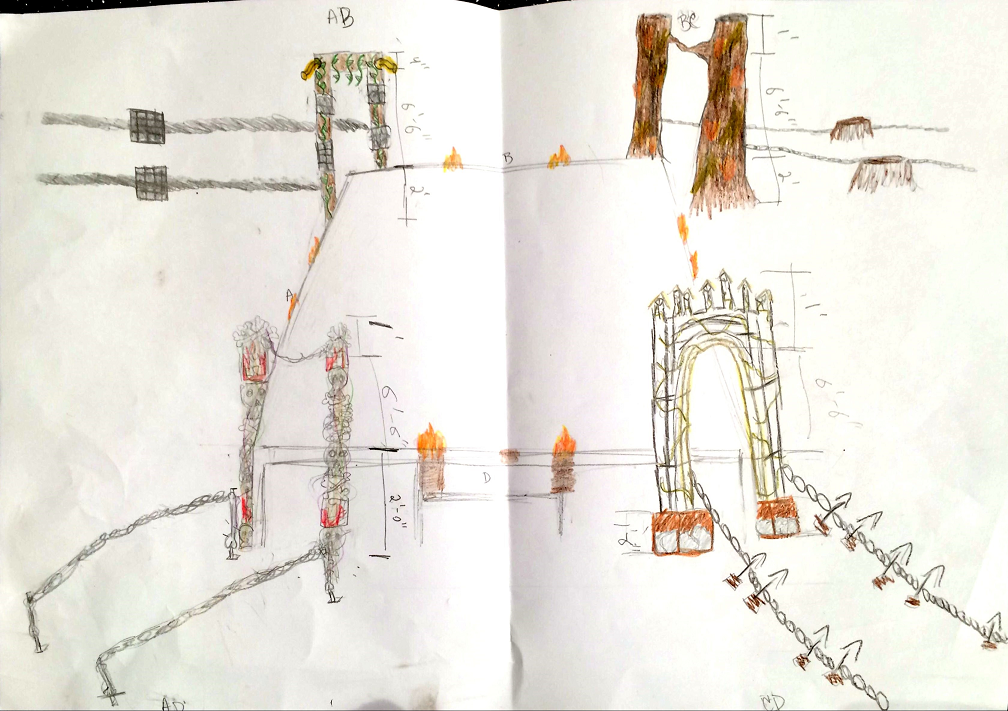 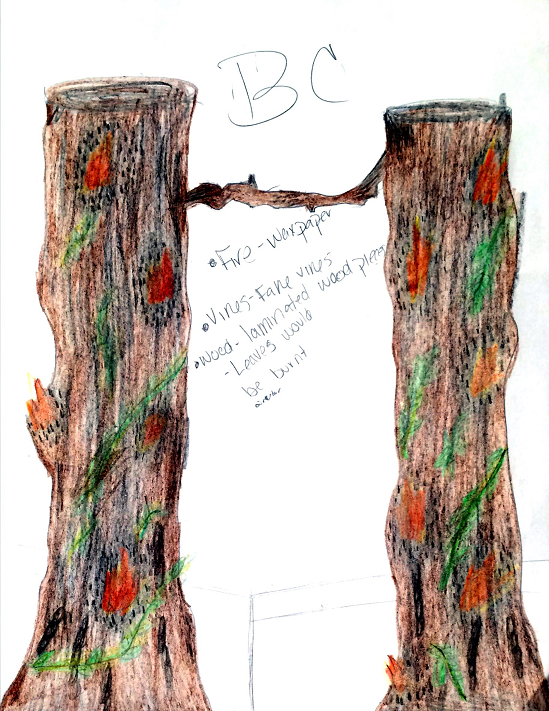 The Inspiration behind After the Shadow

After the Shadow features threads of traditional stories from Greece, Sumer, and Russia. Scroll down to discover the inspiration behind this year’s original STEP production!

Theseus and the Minotaur (Greece) 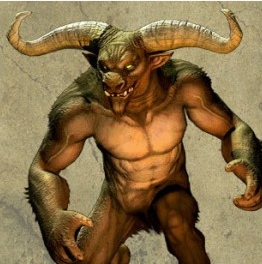 “The myth of Theseus and the Minotaur is one of the most tragic and fascinating myths of the Greek Mythology. Theseus, a genuine Greek hero of Mythology, and the Minotaur, one of the most devastating and terrifying monsters, are the main protagonists of a myth that involves gods and monsters, heroes and kings, and two of the main city–states in the Hellenic world: Athens and Crete.” 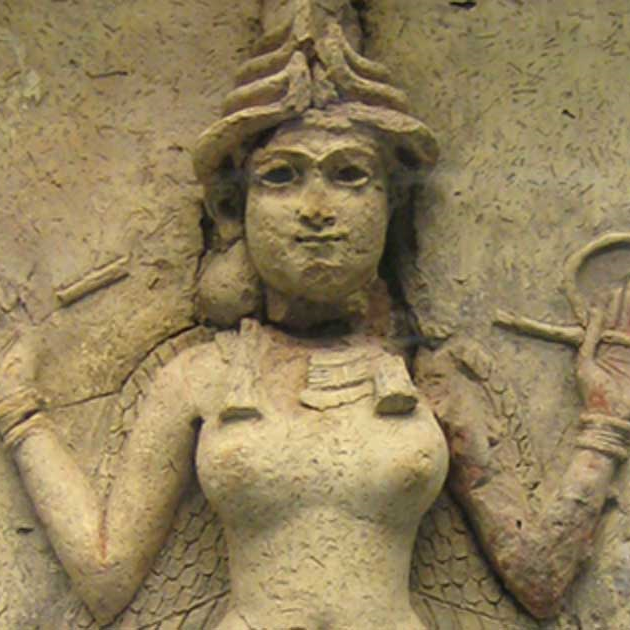 “A 5,500-Year-Old Literary Masterpiece… This story, which was originally written in cuneiform and inscribed on clay tablets, is in the form of a poem. The Descent of Inanna tells of the eponymous heroine’s journey to the Underworld to visit / to challenge the power of her recently widowed sister, Ereshkigal.” 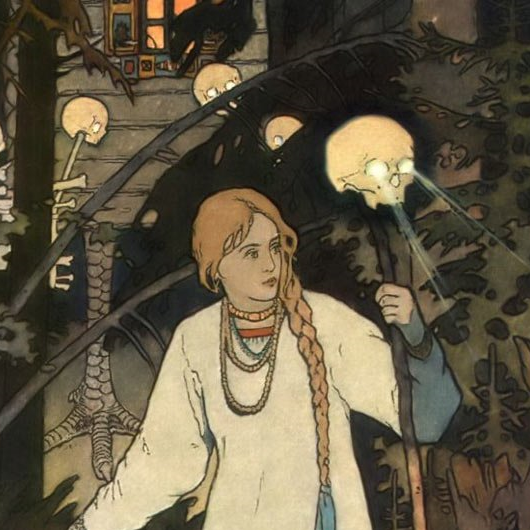 “[…] In the evening the girl laid the table and began waiting for Baba-Yaga. It grew dark. The black horseman swept by and it was night. The skulls’ eyes began to shine. The trees creaked, the dead leaves crunched, the earth trembled, and there was Baba-Yaga…” 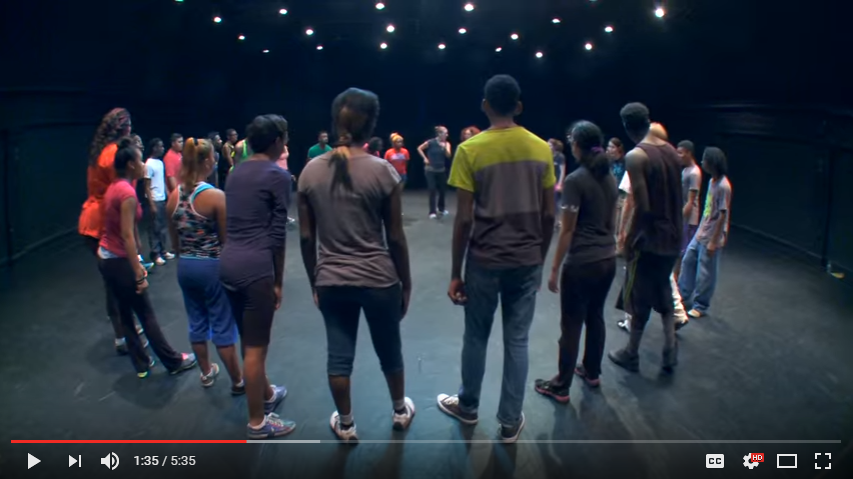 Founded in 1994, CPT’s Student Theatre Enrichment Program (STEP) celebrates its 24th year of providing rigorous arts education and job training for teens. The majority of these teens come from families defined as low-income, live within the city limits, attend public schools, and are artists of color. STEP is an 8-week intensive that offers youth the opportunity to earn money while working and training in close collaboration with professional artists. Each year, the CPT Teaching Artists select works of literature that serve as a starting point for the teens to create an original theatrical production. STEP participants meet five hours per day, five days per week to engage in acting, writing, movement, percussion, voice, dance, technical production, and touring while developing valuable job skills such as timeliness, commitment, and teamwork. The program culminates in the creation of an original theatrical production that tours to indoor and outdoor venues across the city. Through STEP, the youth see themselves as positive and inspirational forces, and watch as their work impacts the larger Cleveland community. Many youth return to the program year after year, eventually going on to assume leadership roles inside of the program. 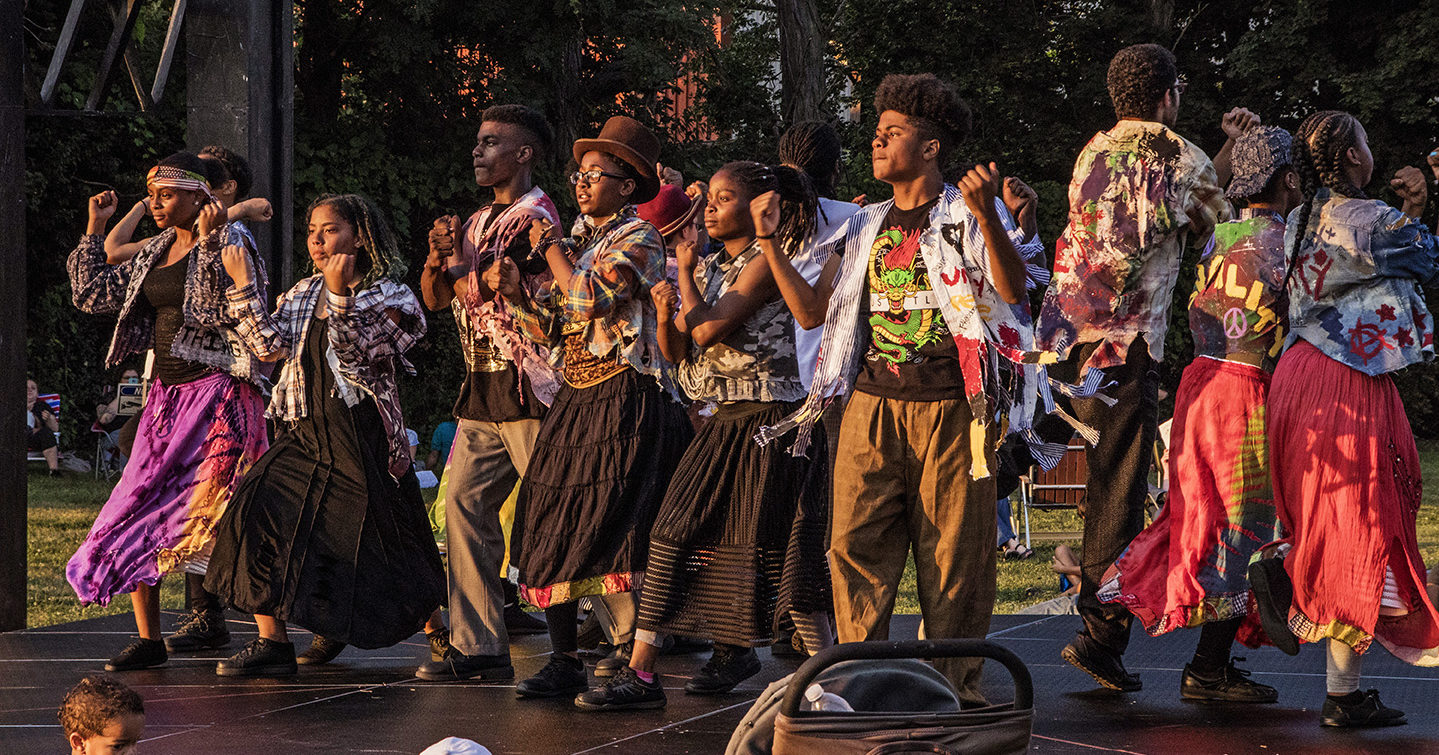 STEP is generously Funded by