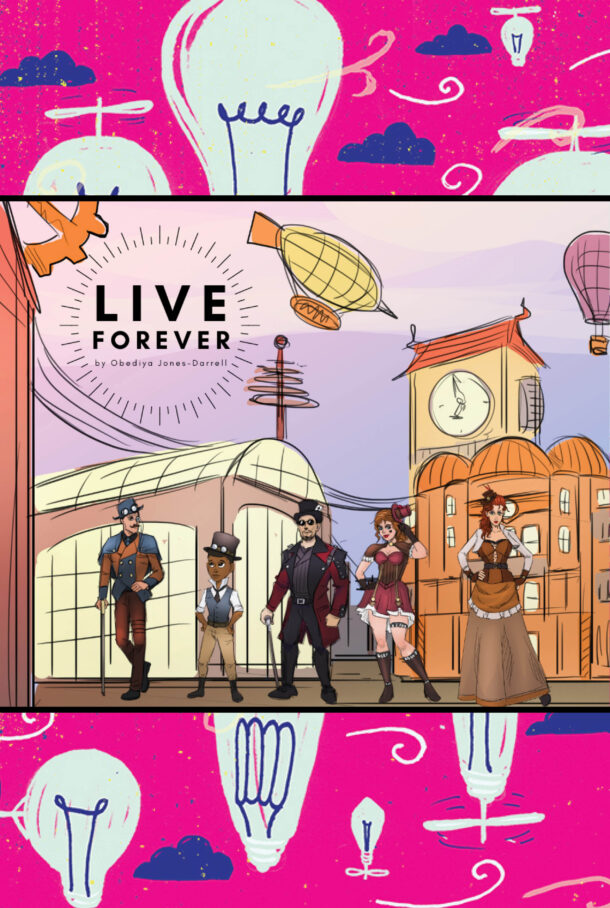 As a team of quirky, socially-awkward scientists strive to improve the world and themselves, they realize time as we know it doesn’t exist. Set in a modern Steampunk world, this sci-fi story introduces a series of questionable pseudo-scientific and mystical experiences that explore the depth of what makes us human.

Obediya Jones-Darrell is a playwright, music composer, and director in the mediums of theatre, film, and radio. As an emerging playwright, his historical theatrical play Salvation won best script in the Christian Film Festival (Richmond, VA, 2018). Two of his radio drama plays are nationally award-winning productions in Canada. With more than 40 international film festival screenings of his various short films, he was named one of Canada’s 20 Emerging Diverse filmmakers by the Toronto Reelworld Film Festival (2019).  In addition to winning Outstanding Music Video in Cleveland’s Short Sweet Film Festival (2019), his music video “La Villa Hispana,” about Cleveland’s Latinx neighborhood, won “Music with Lyrics” & “Made in Ohio” during Cleveland’s Kinodrome Film Awards (2020). Last season he was selected as the 2019/2020 Kulas Theatre Composer Fellow for Cleveland Public Theatre. Live Forever brings together his experience as a playwright, filmmaker, and director. facebook.com/soundbodyculture