Exploring the Painful Past: Lisa Langford’s Rastus and Hattie

The world premiere of Rastus and Hattie by Lisa Langford, directed by Anne McVoy, is a powerful work, produced by Cleveland Public Theatre. The play explores the importance as well as the fear of handing down painful histories and stories of African Americans to the next generation in the twenty-first century. Using the “Mechanical Negro” or the Rastus Robot that was introduced to the public by Westinghouse Laboratories in 1931 as an inspiration, Langford’s work is packed with issues such as insensitivity of self-claimed liberal whites; different degrees of “selling out” (actually, the play reminds a bit of Luis Valdez’s Los Vendidos in which the “models” become humans while humans become the models/robots as they continue to think in the way that the mainstream culture would approve); the realization of the depth and enormity of the past; the rift between the North and the South that continues today; and humanity that people are able to learn and nurture. T. Paul Lowry’s projections provide different locales (and times) through the moving images on the side and back walls. His design and technique allow quick and multiple scene-changes. The driving-van/car scenes with the moving background scenery emphasize the actual travel as well as the time travel. Lighting designer Benjamin Gantose creates both realistic and fantastical ambiances. Kerry Patterson, the costume designer, created contemporary and period pieces. Her costumes for the characters of Rastus and Hattie emphasize the chilling stereotypes and their effects—with humor.

Dramaturgically, Langford may want to review the first scene in which the character of Needra, a researcher, is told by her boss to cut a racist paragraph. Cutting this scene and just mentioning Needra’s intention somewhere might provide superb rhythm, tempo, and clarity.

The “symbiosis” between the robot and African Americans in the antebellum is poignant, painful, yet brilliant as a dramaturgical tool to shed light on the multitude of issues and problems we face today. 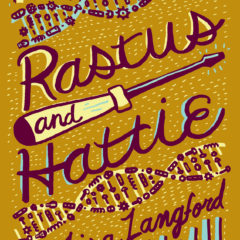