Everything is Okay (and other helpful lies) 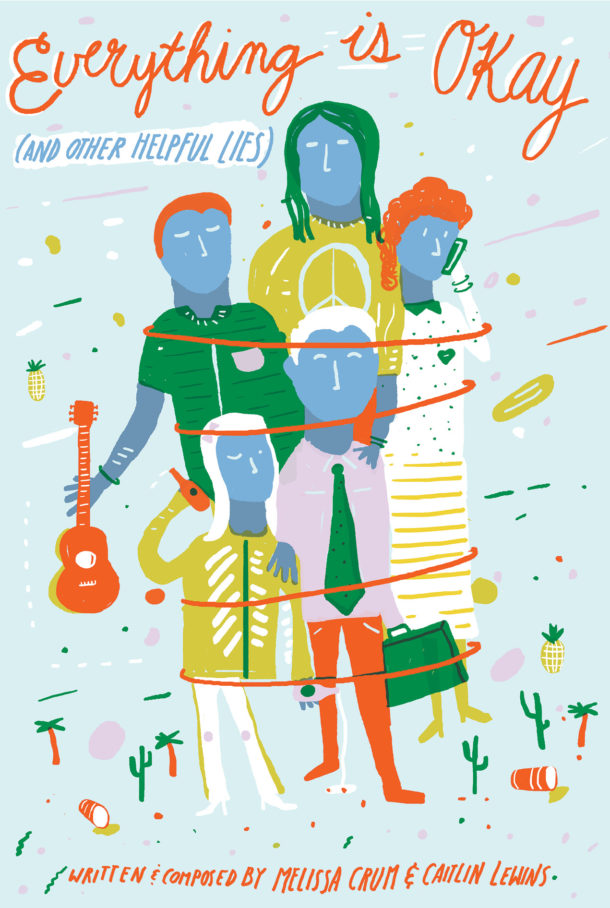 90 min with an intermission

In this hot mess musical, a group of close friends struggles to navigate the tragedies of life. Guided by poor decision-making and maybe too much alcohol, these buddies try anything to find happiness while the ties of friendship fray. This dark musical comedy is a celebration of the not-so-happy ways in which we persevere, grow, and change—whether we want to or not. Cheers! World Premiere.

For all sold-out performances, we encourage you to arrive early and join our waiting list in the box office starting at 6:00pm. 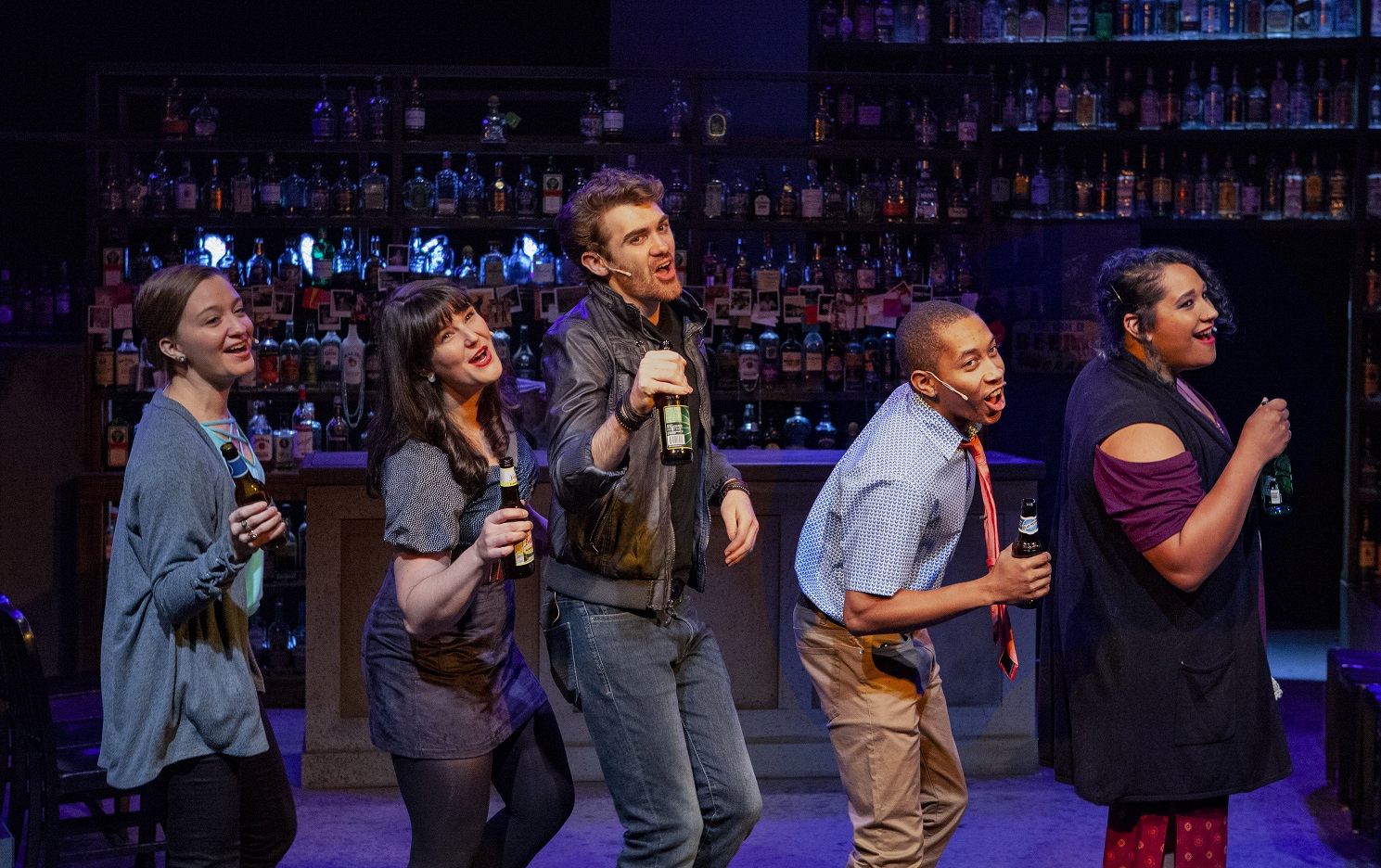 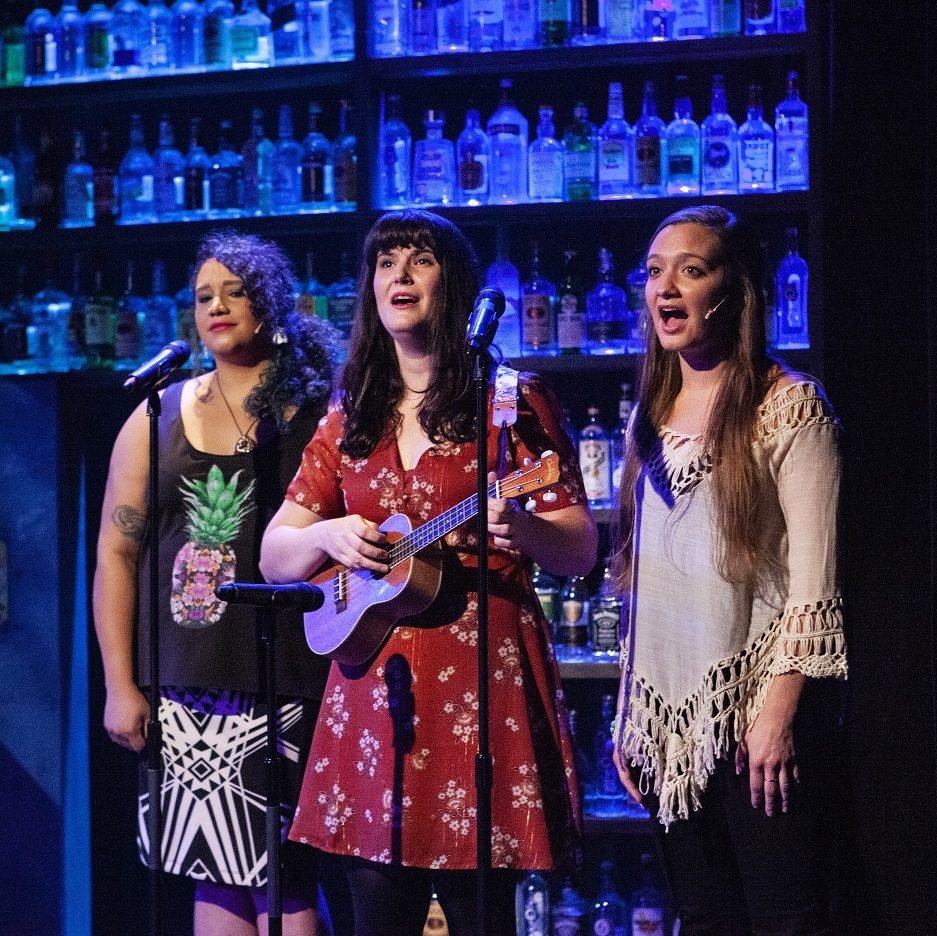 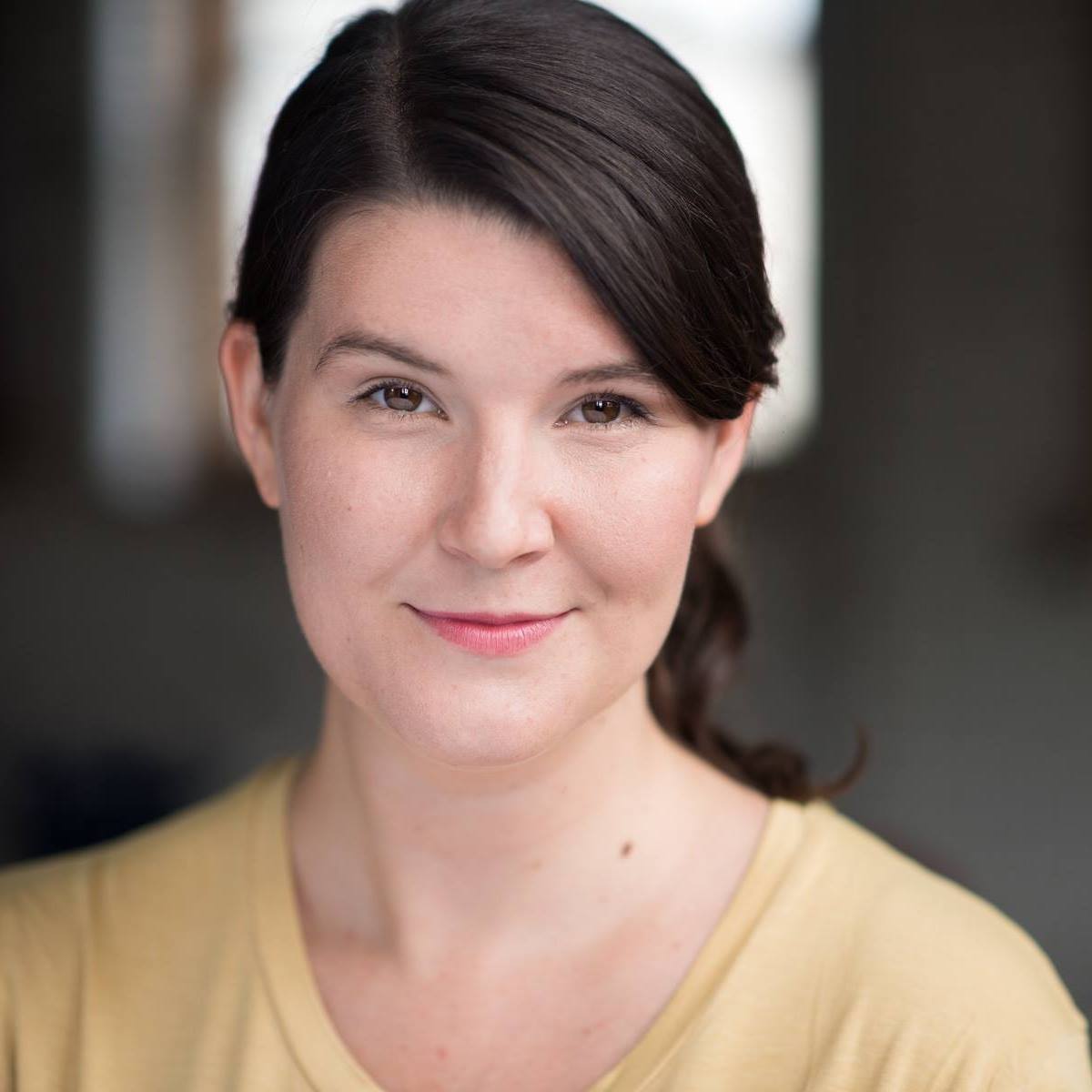 About Co-Writer and Co-Composer Melissa Crum

Melissa is a Cleveland-based performer, director, writer, and educator. She currently holds a position as a Staff Teaching Artist with Playhouse Square and is passionate about arts education and its role within our growing community. Recently, Melissa served as Education Associate at Dobama Theatre, and has been a Teaching Artist with Cleveland Play House, Great Lakes Theater, The Musical Theatre Project, and Cleveland Public Theatre’s Brick City Theatre Program. Melissa received the 2016/2017 Nord Family Foundation Playwright Fellowship through Cleveland Public Theatre, where she and co-writer & co-composer Caitlin Lewins developed Everything is Okay (and other helpful lies). Melissa completed the 2013/2014 Joan Yellen Horvitz Director Fellowship at Cleveland Public Theatre where she directed The Drowning Girls. Cleveland Stage Credits include 44 Plays For 44 Presidents, Air Waves (Part Three of the Elements Cycle), Conni’s Avant Garde Restaurant, The Loush Sisters DO the Nutcracker, Earth Plays (Part Two of the Elements Cycle), Tender Napalm, Two Plays by Gao Xingjian (CPT), and Loki and Lucy (Talespinner Children’s Theatre). Melissa has directed locally at Dobama Theatre (Peter and the Starcatcher; remount, production by Nathan Motta), Talespinner Children’s Theatre (The Crocodile, The Cobra, and the Girl Down the Well), True North Cultural Arts (Falling), and CPT (The Drowning Girls, The Waters—A Nord Fellowship Reading, Style is The Answer to Everything—A Nord Fellowship Reading). Crum has also directed and co-created several short works at CPT including: Bags of Air which appeared in Air Waves (Part Three of the Elements Cycle), The Natural Order of Things which appeared in Earth Plays (Part Two of the Elements Cycle), and Seppuku (Big Box ’10). Melissa studied Directing Devised Theatre and Theatre Creation under the tutelage of Raymond Bobgan, and holds a BA in Theatre Arts from Cleveland State University. 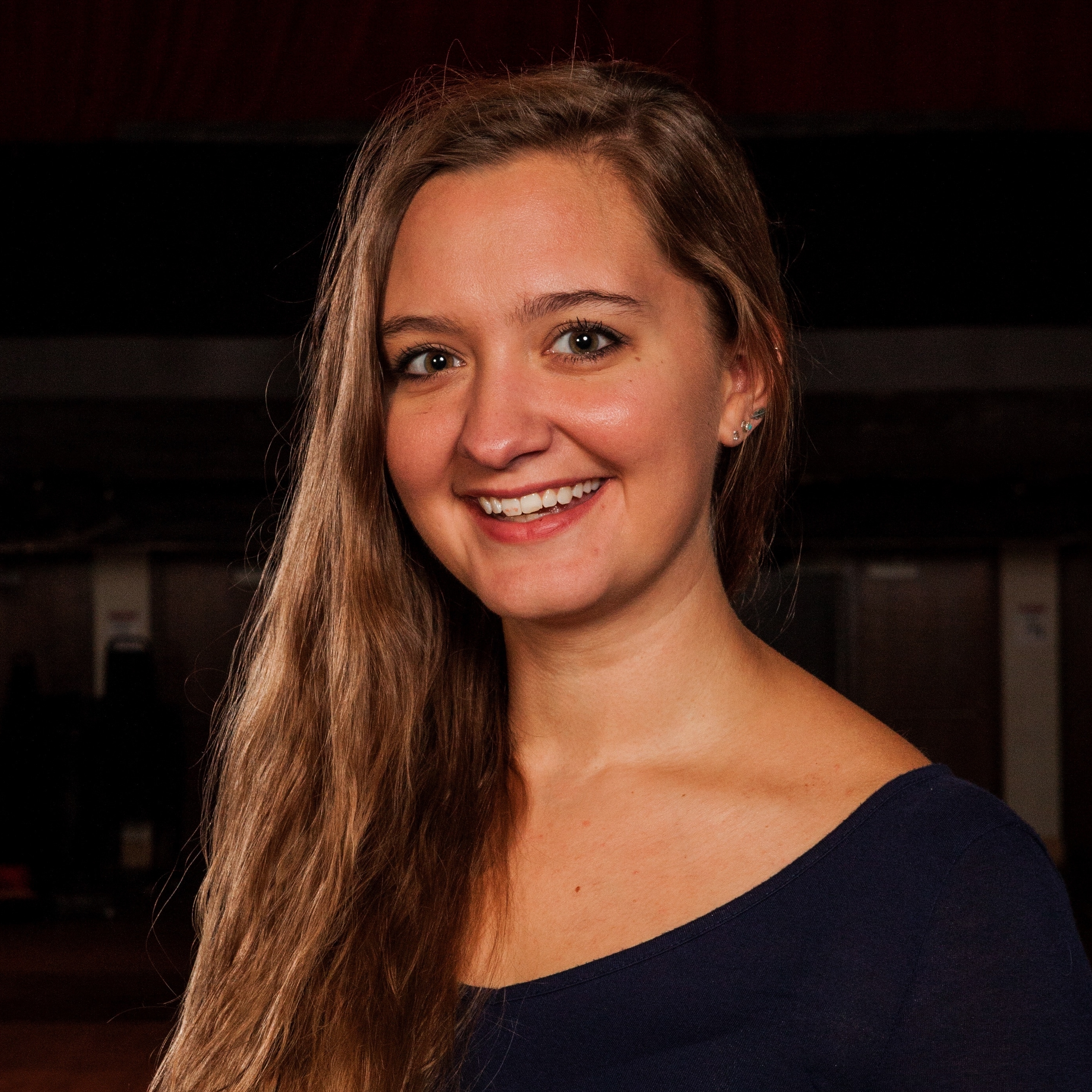 About Co-Writer and Co-Composer Caitlin Lewins 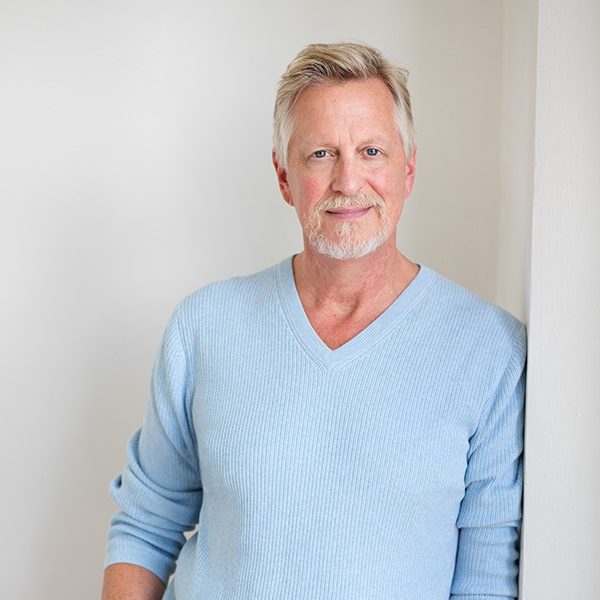 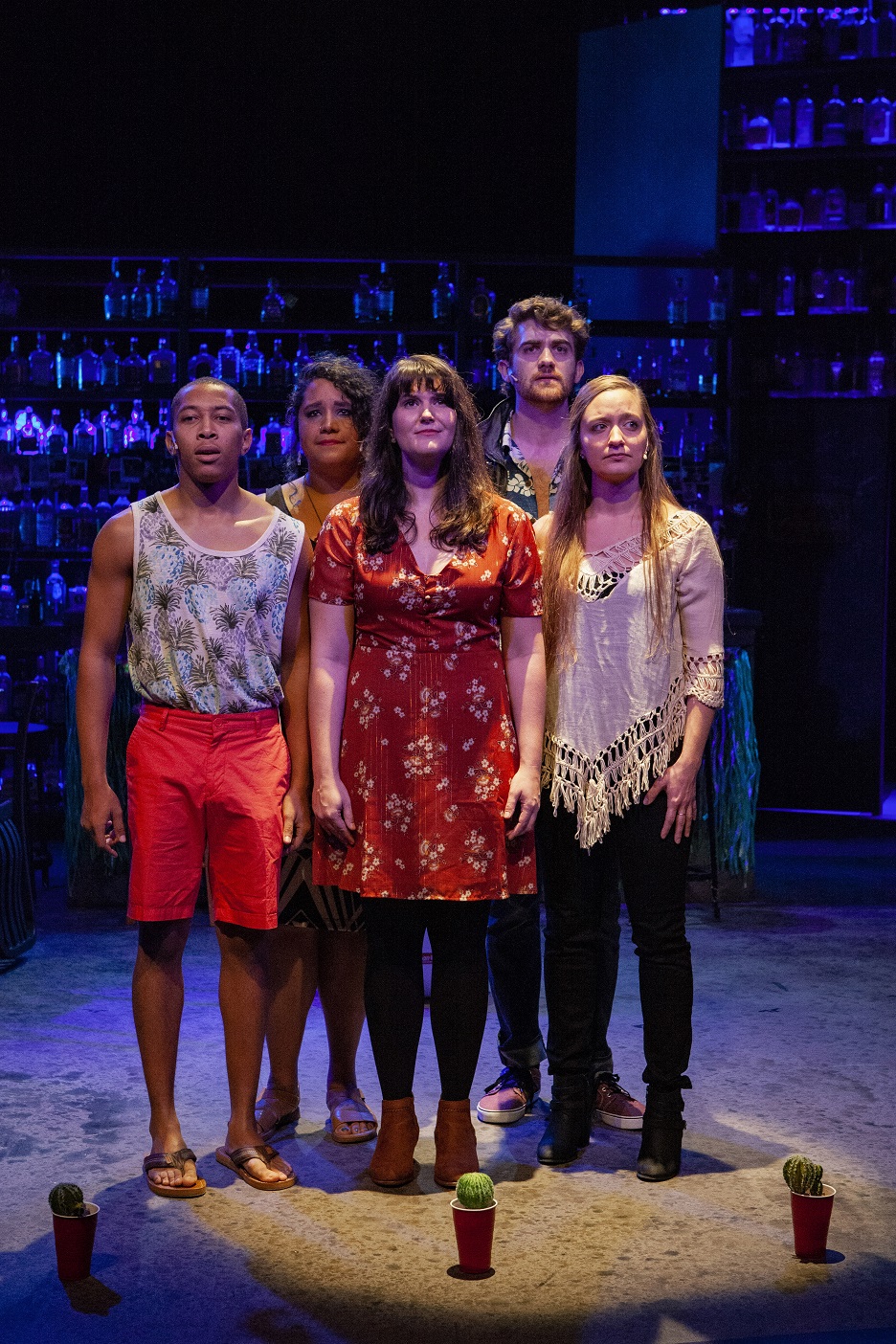 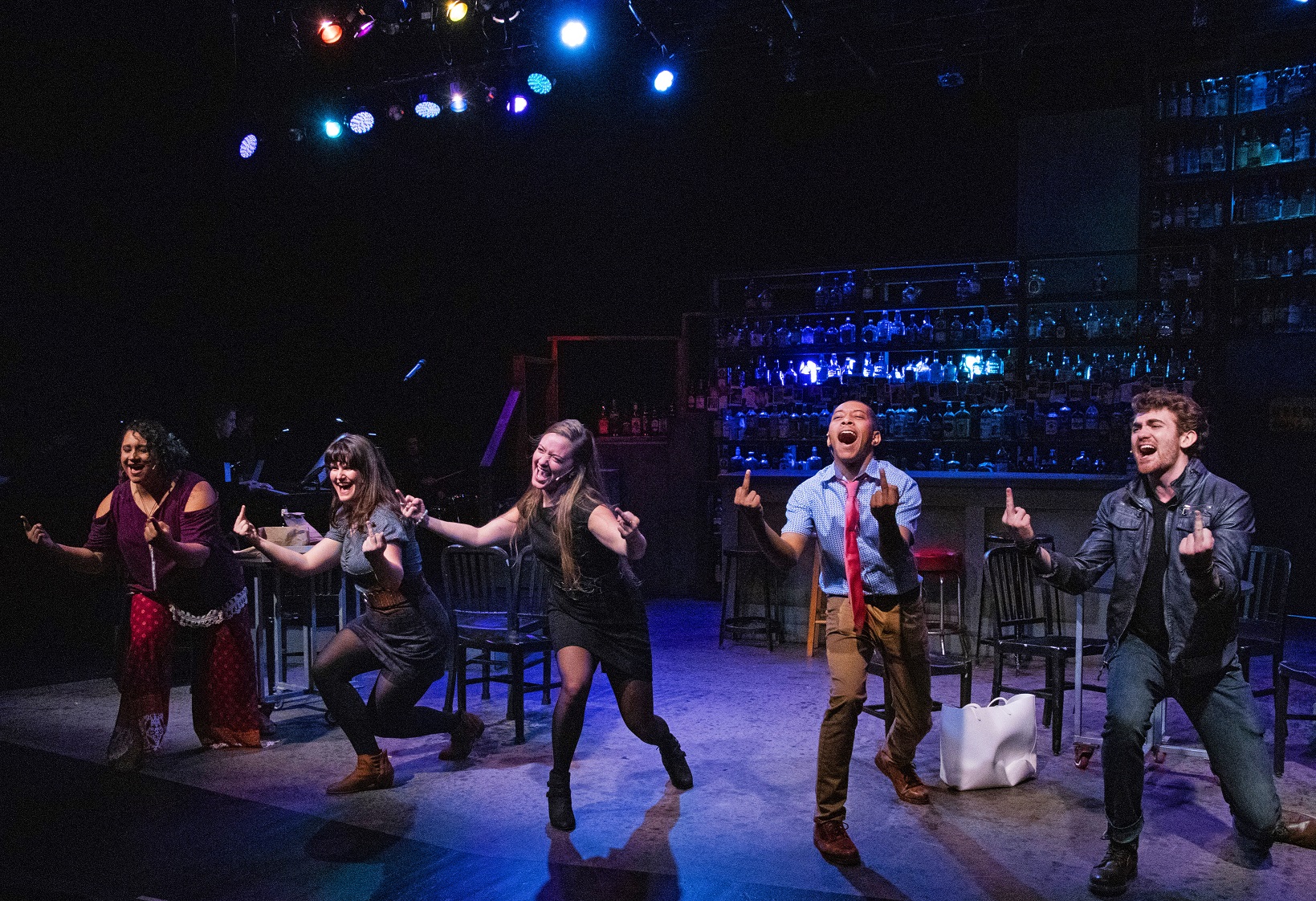 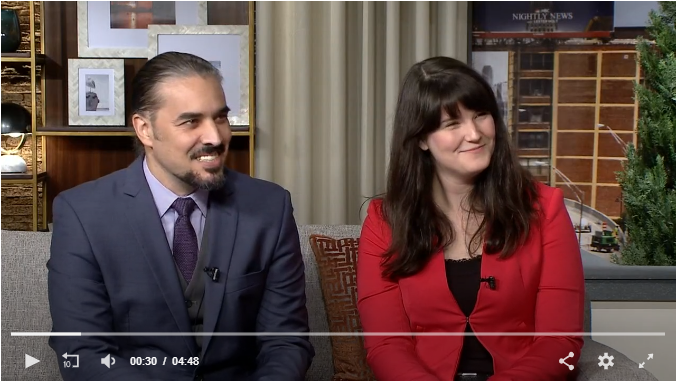 “The show is a rockin’ hot mess musical. It is dealing with some really tough stuff… theatre is there for us to think about our lives so we can live better and begin to answer those long questions about, ‘How do I live?’, ‘What is the purpose here?’, and our own calling.”

Click here or on the image for a behind-the-scenes glimpse into Everything is Okay (and other helpful lies) on WKYC’s Live on Lakeside.

Everything is Okay (and other helpful lies) in The Scene Magazine 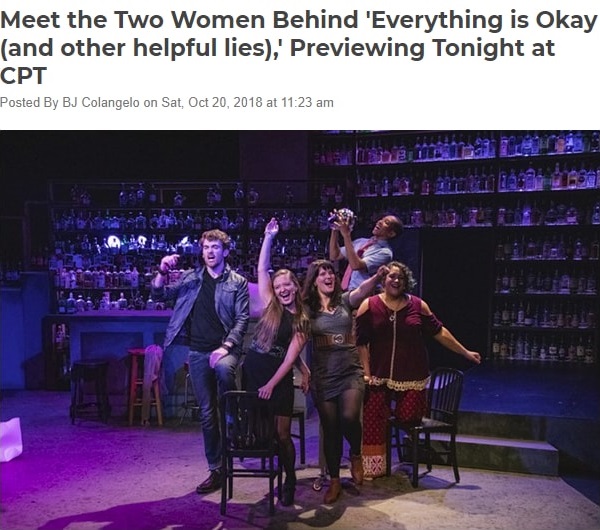 “Despite the popularity of the medium with women, musical theatre, especially composition is dominated by white men. Before 1991, there had only been six female composers on Broadway, total. For two women to compose and stage a full-fledged musical is highly unusual, but in Cleveland it’s almost unheard of.”

Click here or on the image to read the full article in The Scene Magazine.

A Note from Raymond

Our culture reinforces, in such an insidious way, an idea of normalcy and what it is to be normal.

This causes many of us to feel like we’re not—and in horrible ways—when actually, we all struggle internally… but we don’t talk about those inner narratives.

Everything is Okay (and other helpful lies) is a super funny, heartbreaking view of the social and interior life of a group of friends entering adulthood. And even if you’re already an adult, you can relate. When the lights go down and the show begins, you might think, “Oh, these people aren’t me. They have problems I don’t have.” But by the end you realize: these are problems we all face. One of the profound themes that’s portrayed beautifully in Everything is Okay (and other helpful lies) is that there’s this commonality we all experience as we navigate this life and come into who we are.

And, as emotionally touching as it is, it’s really freakin’ funny. Everything is Okay (and other helpful lies) is a dark, coming-of-age musical comedy for adults—a show I believe will have a life after CPT. It’s one of those pieces that people are going to lie about later and say they saw it the first time. It’s something you’re just not going to want to miss. 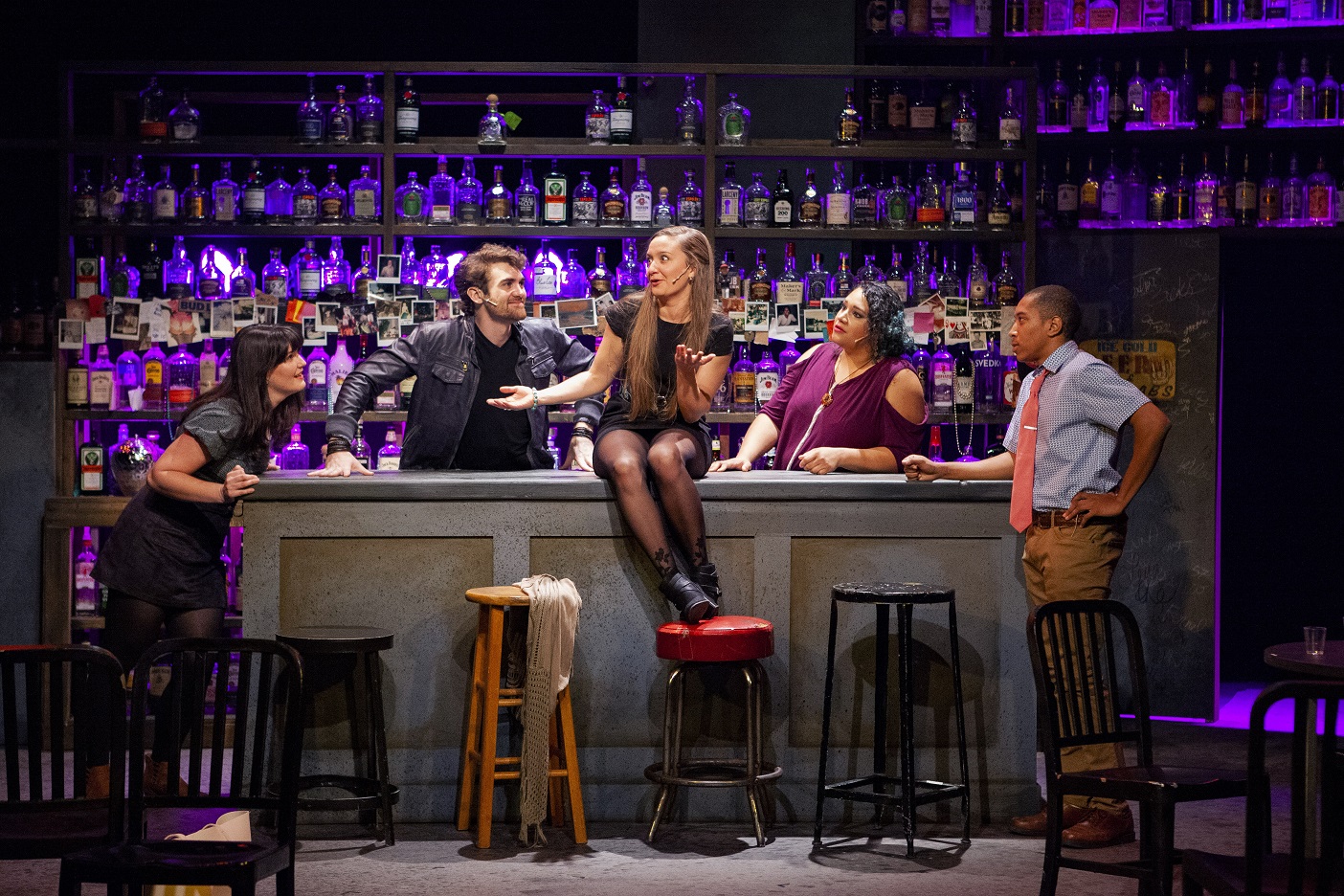 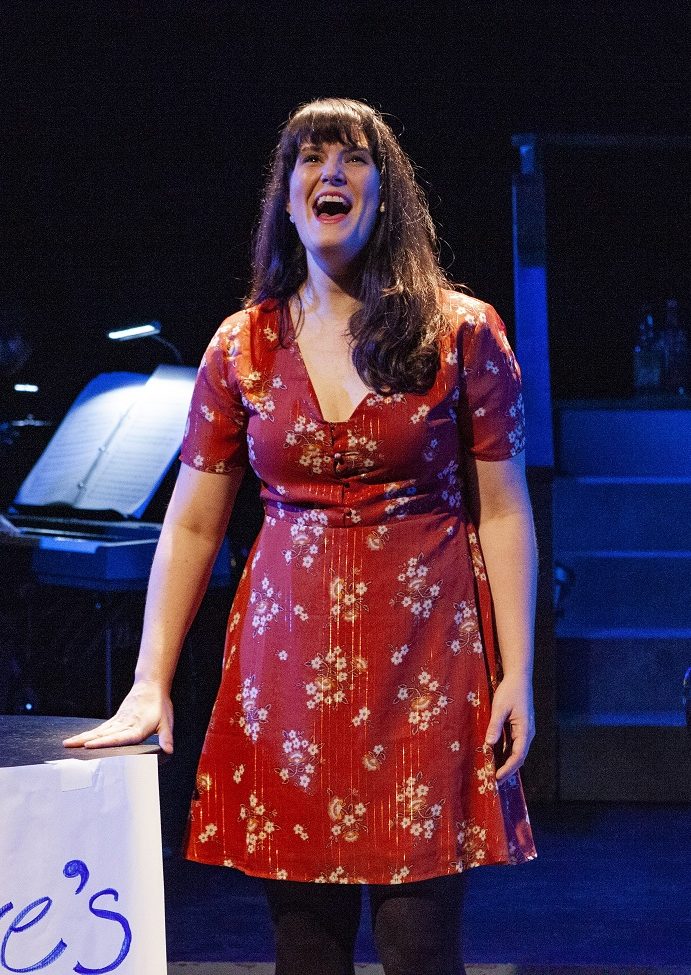 “It’s not your run-of-the-mill musical.” -Matthew Wright, Director of Everything is Okay (and other helpful lies)

“Everything is Okay (and other helpful lies) is a darkly comedic, beautifully musical exploration of what it means to face adulthood in a time and culture that has made it very difficult to be an adult.

It’s not your run-of-the-mill musical, nor is it a run-of-the-mill play. It’s really surprising, very funny, extremely moving, and irreverent… it’s unlike anything I’ve ever worked on. I think it’s super timely because it’s new, and I think it really reflects our diverse culture today.

-Matthew Wright, Director of Everything is Okay (and other helpful lies)

Everything is Okay (and other helpful lies) nestles what we love about musicals—storytelling through song, dancing, dream sequences—next to difficult conversations in a way that’s sometimes funny, and other times a little more thought-provoking… (a few songs include “The Settling Song,” “SHAME,” and “Keep F*cking Going.”)

For a taste of what to expect, click here or on the orange button to watch an early version of “Alone.” 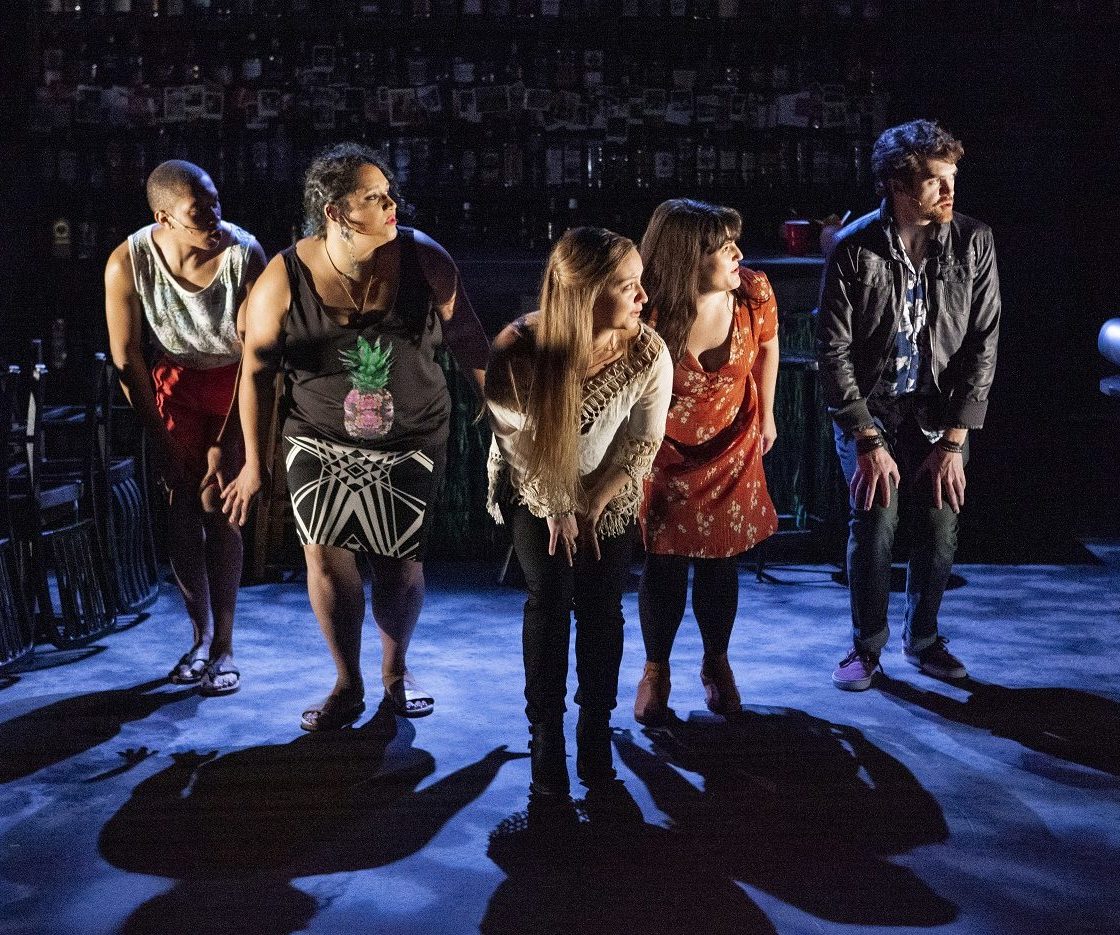 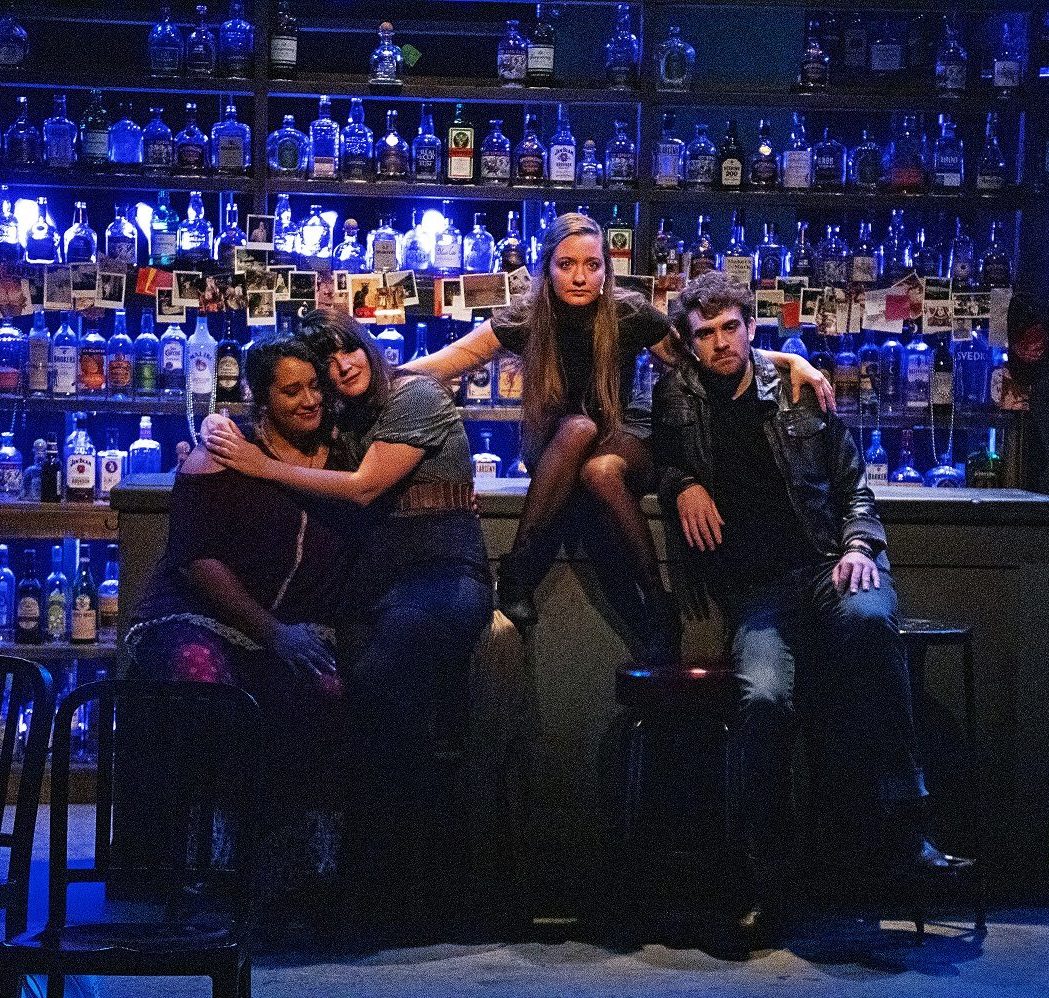 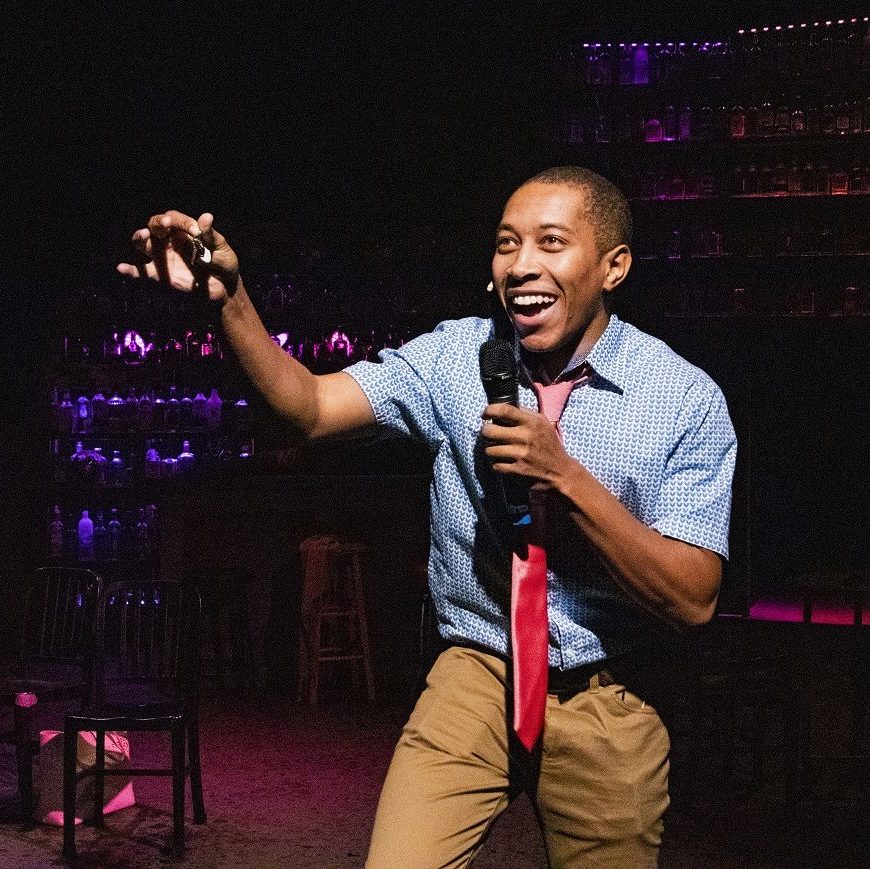 The evolution of a musical 3 years in the making

It all started with Pandemonium 2015: Transform…

“We knew we wanted to create something fun, so we decided to do a spin on the idea of the transformative power of lying to yourself.” -Melissa Crum

“We sat at Gypsy Beans & Baking Co. and wrote out a bunch of clever one lines about lies people tell themselves… ‘No One I Love is Going to Die Today,’ ‘I’m Not a Slut but You Are…’ etc. These lines ended up becoming the songs in our first Pandemonium piece.” -Caitlin Lewins 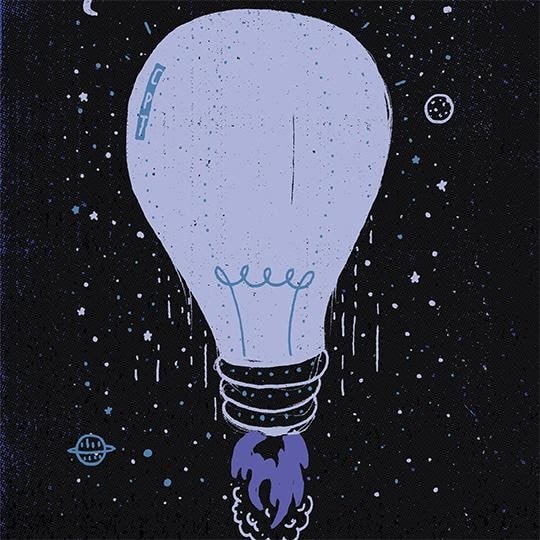 The most extensive of CPT’s development programs, Catapult is intended to move projects from early to mid-development phase to being “production ready.” Each process is customized to the work. Projects may receive a series of staged readings, significant rehearsal time, and workshop productions. Catapult is funded by a multi-year grant from the Nord Family Foundation.

Made possible thanks to fellowships from… 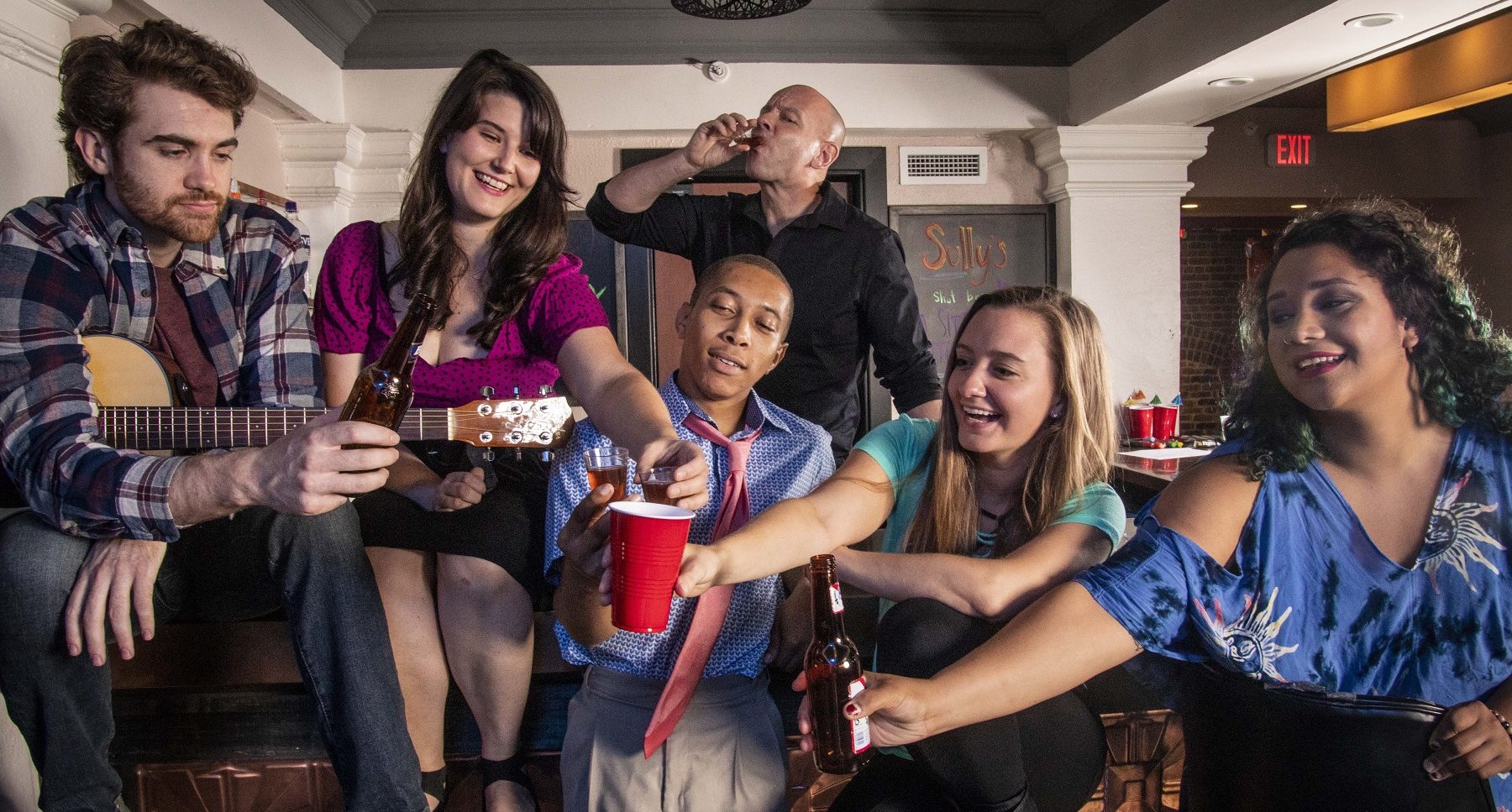 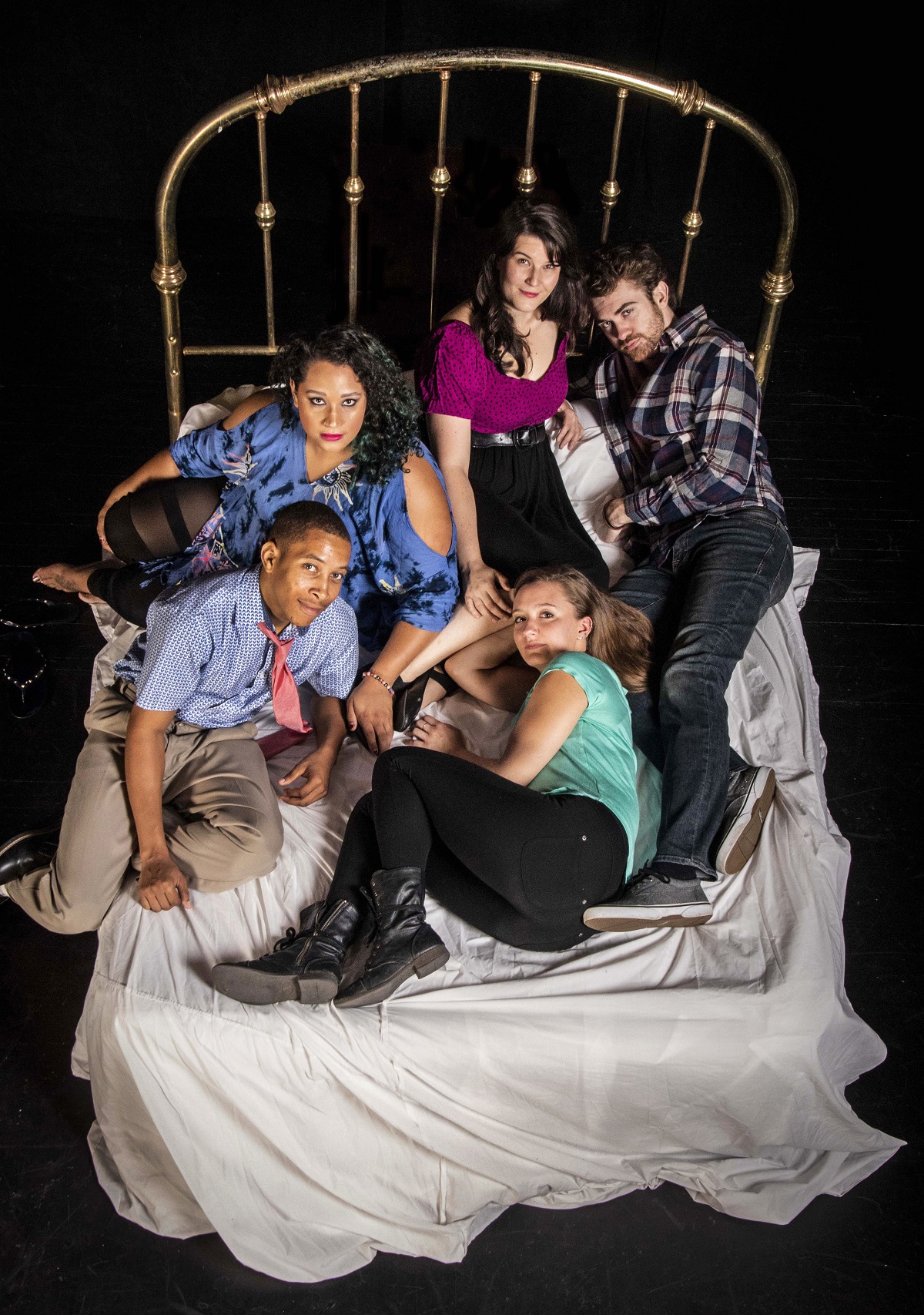 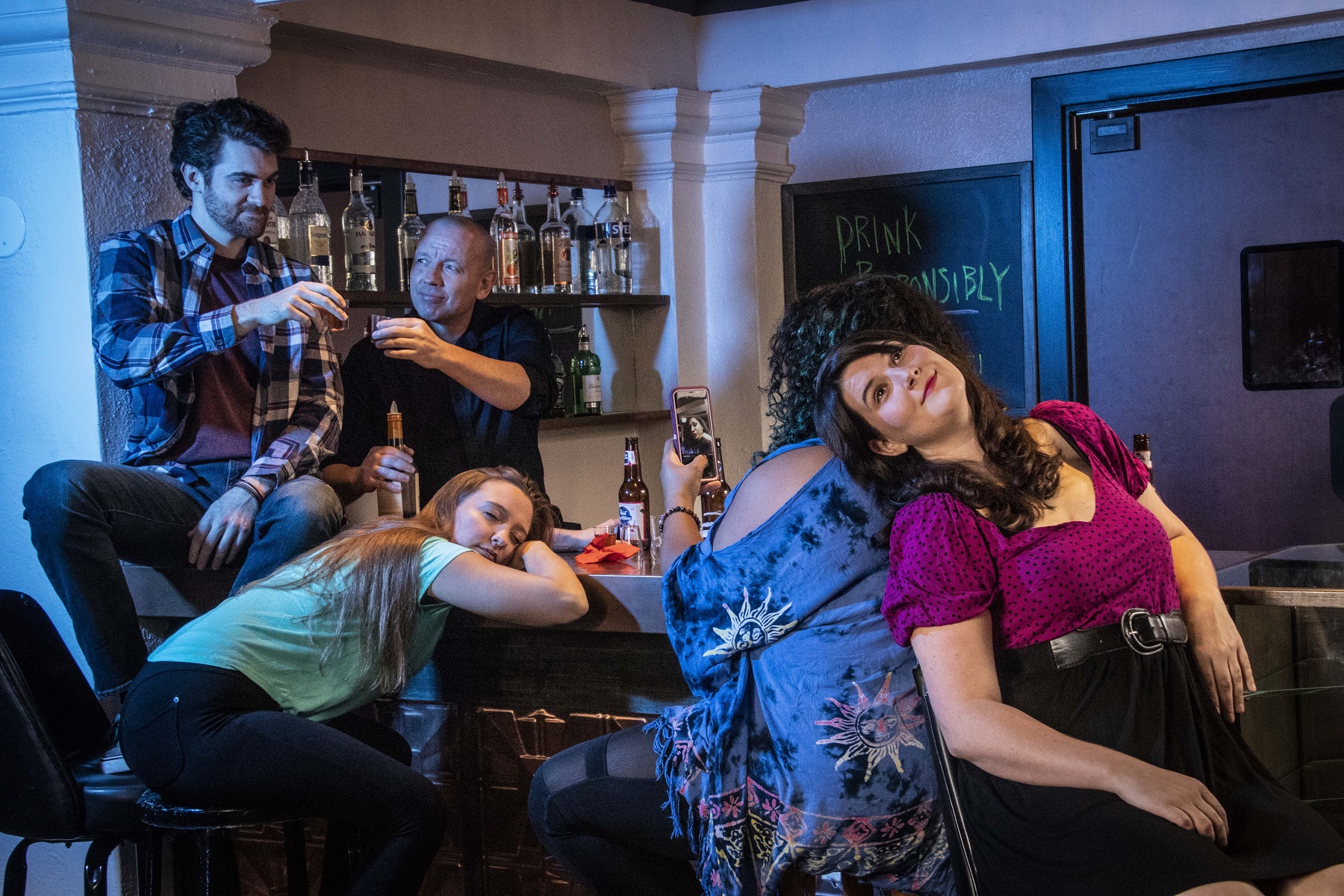 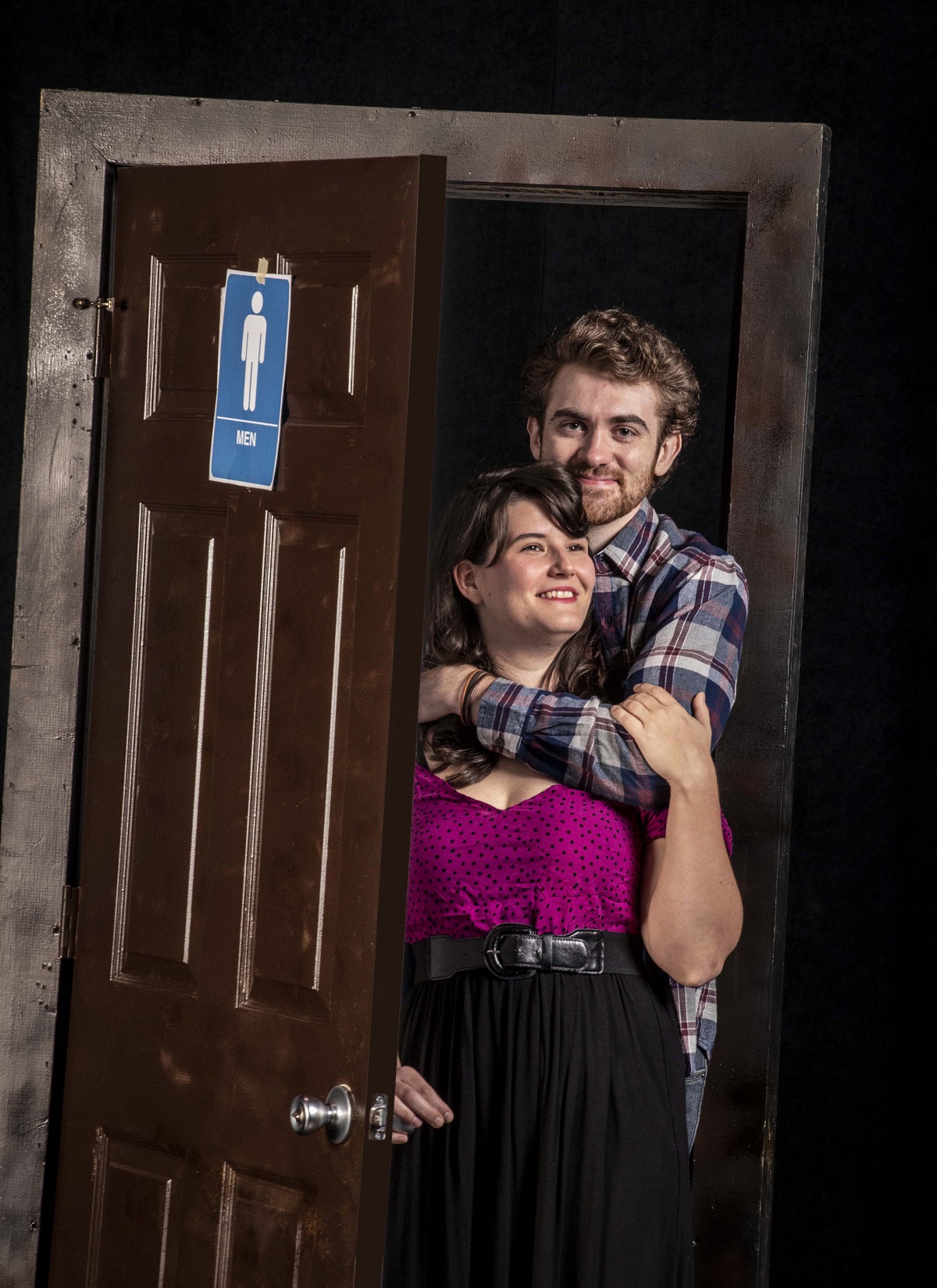 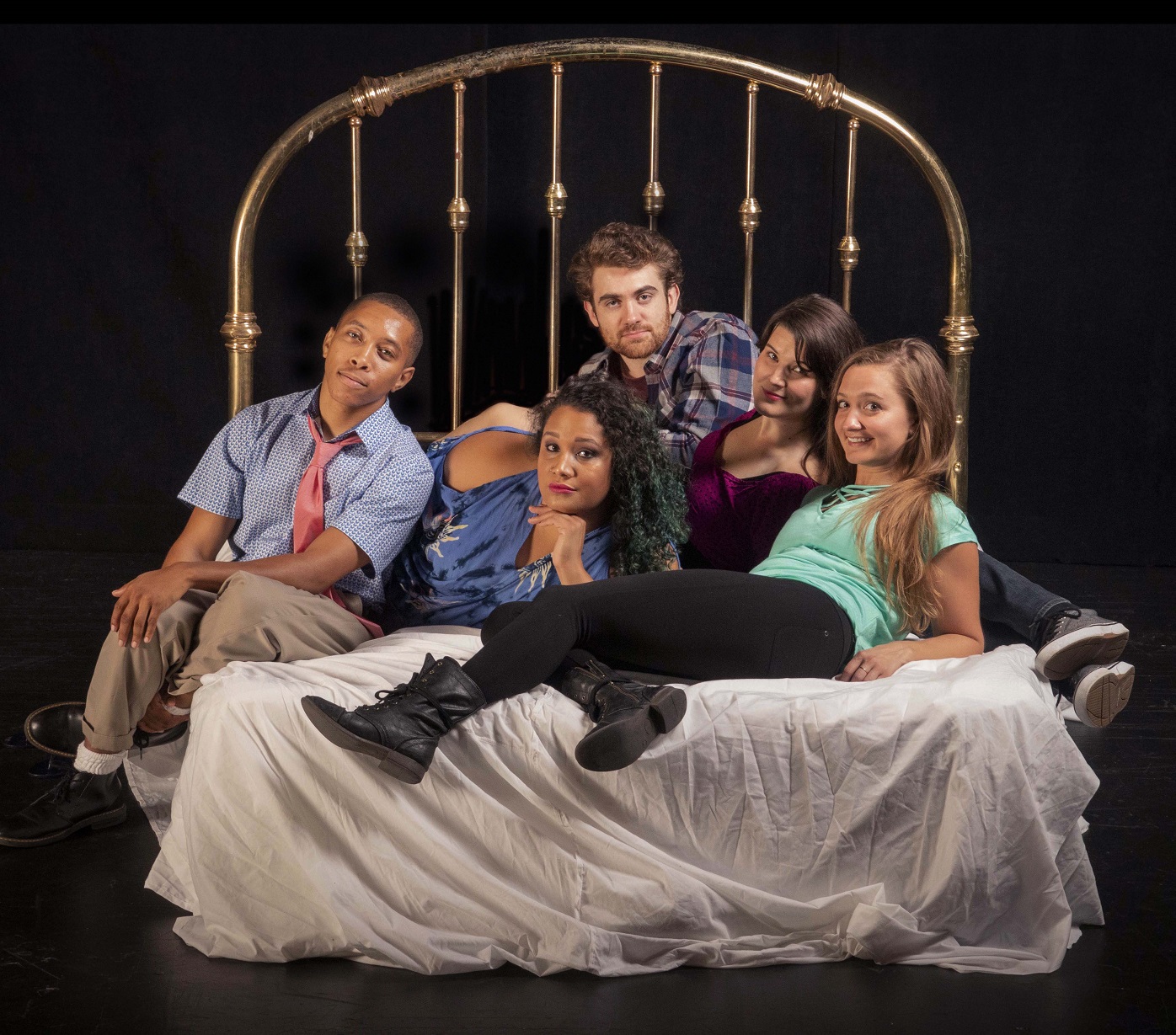 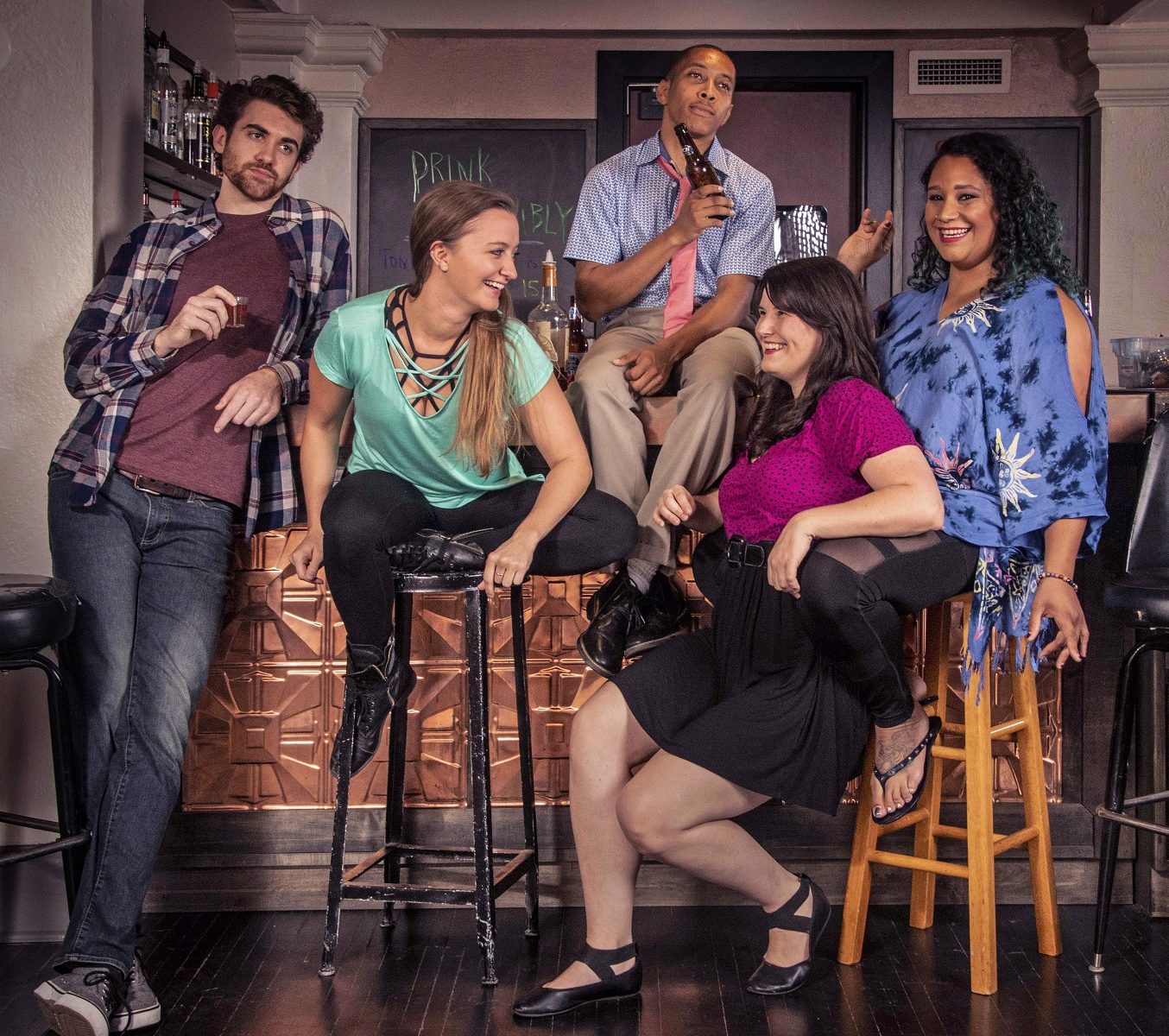 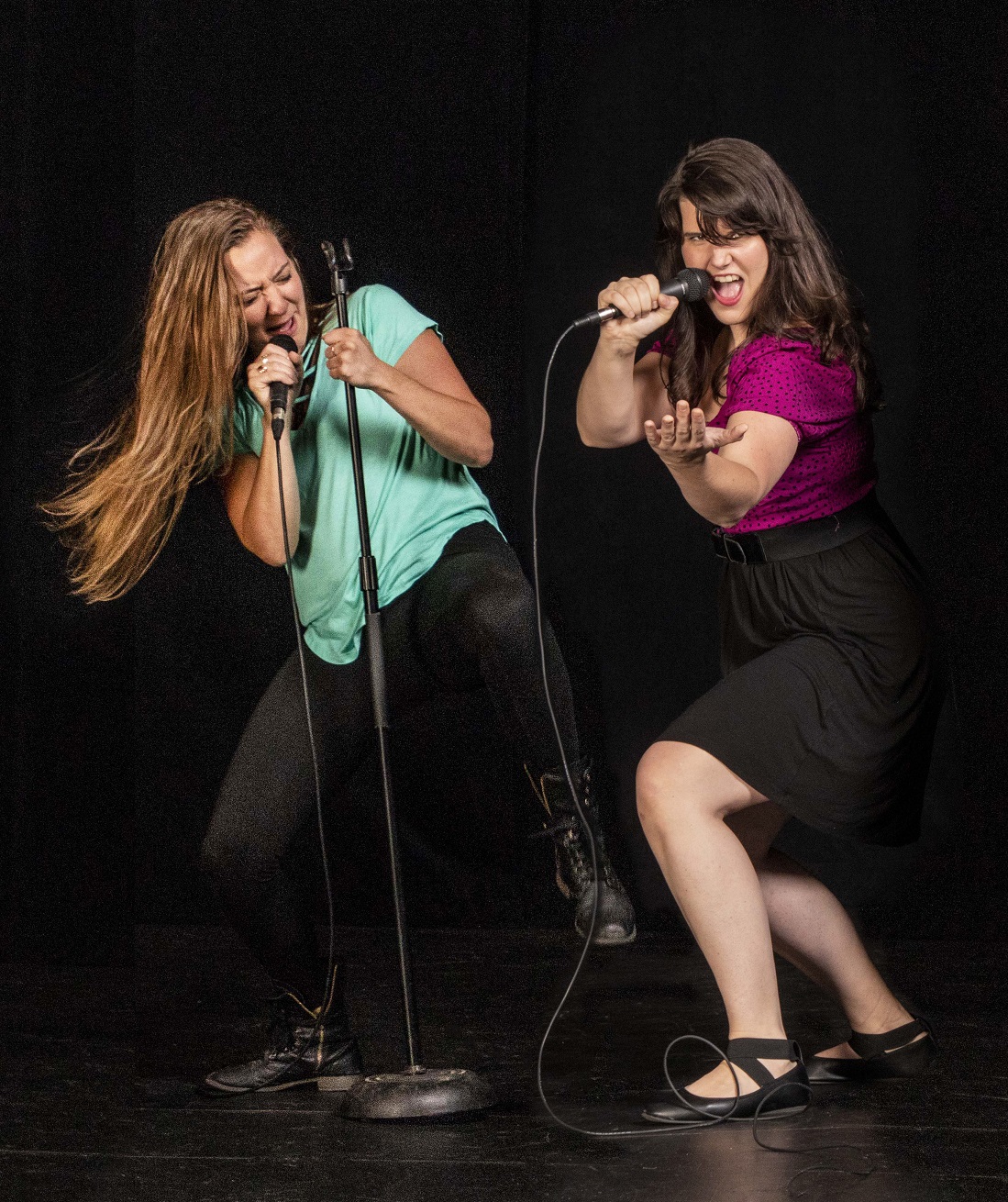