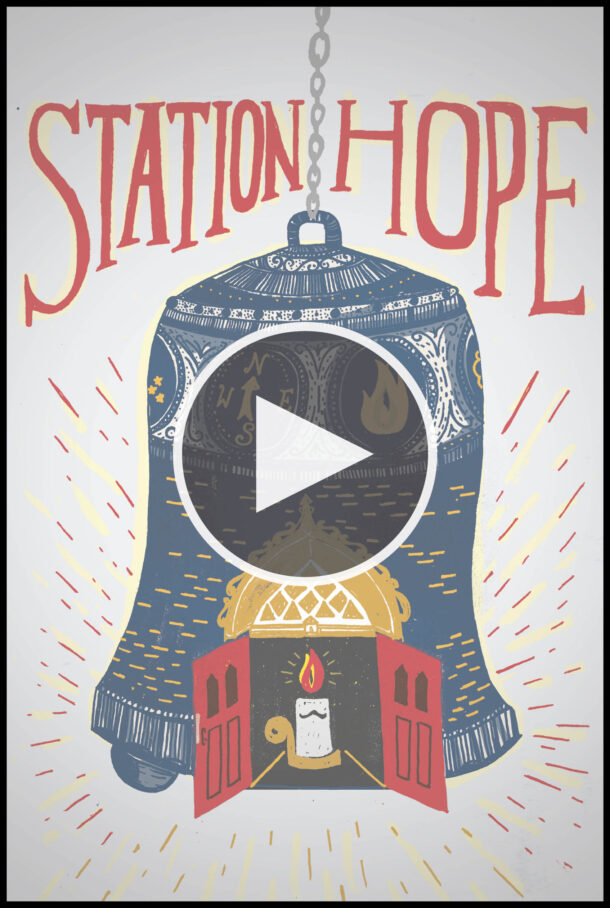 A Virtual Celebration of Hope. A Dialogue for Change.

FREE AND OPEN TO ALL
On Saturday, June 27, visit www.cptonline.org/stationhope for links to the platforms on which we will be livestreaming.

WANT TO KNOW MORE BEFORE, DURING, AND AFTER THE EVENT?
Share your email address with us by clicking the link below and you’ll receive behind-the-scenes information about the art and artists that make up Station Hope 2020. Note: CPT never shares email addresses—your email is safe with us!

Station Hope—this year, a virtual festival—is a jubilant community event celebrating Cleveland’s social justice history and exploring contemporary struggles for freedom and equity. Engage with local artists as they envision, interrogate, and seek out hope from where they are stationed. Audience members will participate virtually and witness livestreamed performances of theatre, music, storytelling, and dance inspired by the most important issues of our time. CPT Staff will broadcast (safely and responsibly) from the historic grounds of Cleveland’s first authenticated Underground Railroad site, St. John’s Episcopal Church. 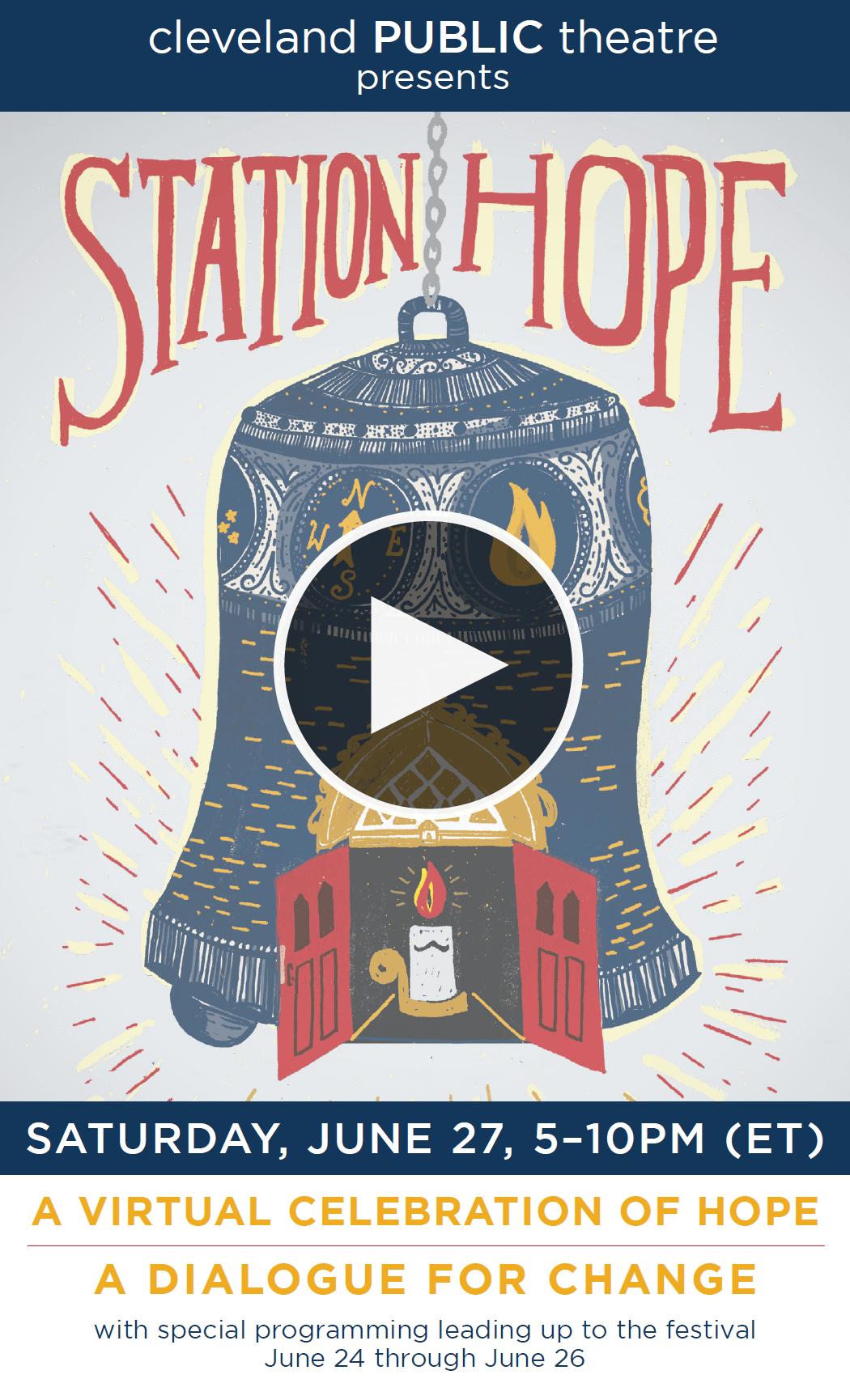 Station Hope in the news

Click, watch, and read below for a glimpse of what to expect at this year’s virtual festival, courtesy of WKYC, The News-Herald, and News 5 Cleveland! 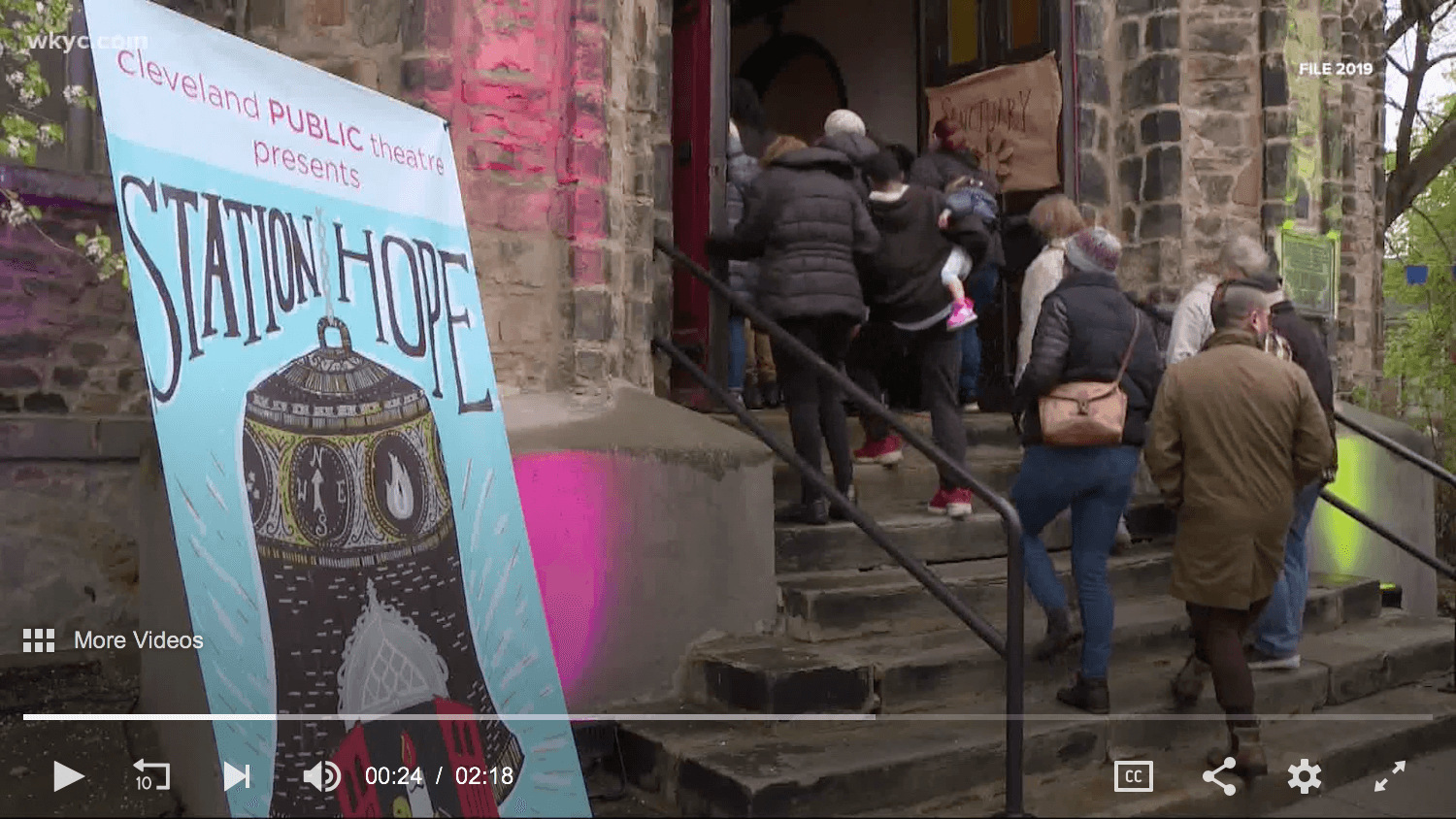 Click here or on the image above to get a 2-minute sneak peek from WKYC of what’s in store for tonight! We’re so grateful to the artists from this year and years past—many of whom make an appearance in this awesome news clip.

Activate Hope: Text to Give

CPT is proud to recognize three Cleveland organizations who have made social justice central to their mission as part of Station Hope 2020. Restore Cleveland Hope, ACLU of Ohio, and NAACP Cleveland Branch call us to defend our rights, end discrimination, and know our history. Please consider supporting these organizations with a financial contribution and help our community grow strong into the future. Click here to donate and learn more about the organizations.

Click here for more information or to make a donation.

Click here or on the image above to download the Station Hope family activity book for all ages, featuring historical and contemporary activities, created and designed by Inda Blatch-Geib, Dred Geib, and Chialla Geib-Fenske. Packets also available for pick up at St. John’s Episcopal Church – 2600 Church Ave., Cleveland, OH 44113 – on Saturday, June 27th from 11:00am-2:00pm (ET). While supplies last, packets picked up in person will also include crayons, felt, construction paper, and scissors.

Visit cptonline.org/stationhope on Wednesday, June 24 to tune in to these special pop-up performances from Station Hope artists.

oppressed by shackles, how does one find the strength to overcome the lynching of another black man?
Directed by: Andre Dailey | Performed by: Nehemiah Spencer | Videography by: Dwayne Jones

Content Warning: CPT supports new play development, as well as social justice oriented-theatre. Sensitive material may be explored, and content continues to change as the art is developed. Because of the nature of new play development, we can’t provide additional content warnings for Station Hope Pop-Up Livestream performances.

Action is Hope: A Panel Discussion

Local leaders who have changed their community through activism in different ways speak about their process and what called them to activism. Action is Hope: a panel discussion is a call to action and a sharing of ideas to move us all toward action within our communities.

CLICK HERE TO LEARN MORE ABOUT THE PANELISTS & Moderator. 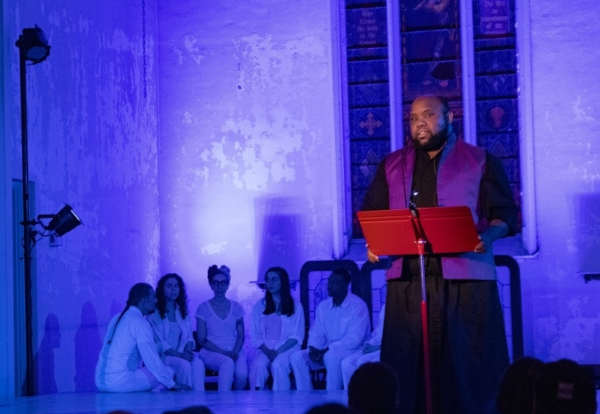 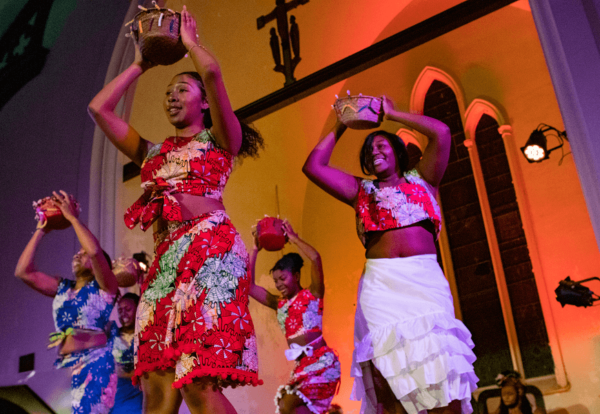 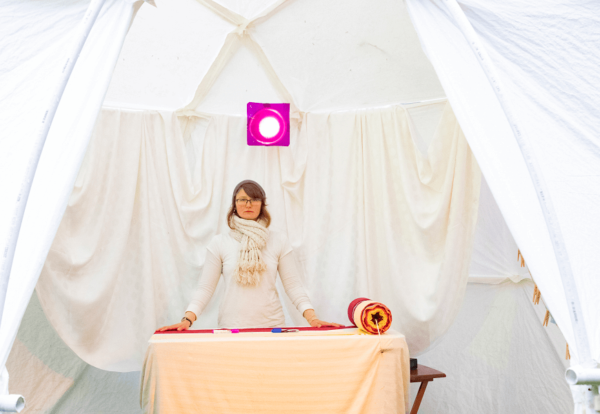 One night a year, 250 artists from across Northeast Ohio inhabit historic St. John’s Episcopal Church—Cleveland’s first authenticated Underground Railroad site and a beacon of freedom symbolizing the city’s social justice heritage. Station Hope addresses many of the most important issues of our time and celebrates hope through powerful theatre, spoken word, dance, music, and multimedia performances inspired by contemporary issues of freedom and justice. Audiences are invited to explore the historic buildings and surrounding grounds while visual art installations, choir performances, and other interactive activities set the atmosphere around the church. 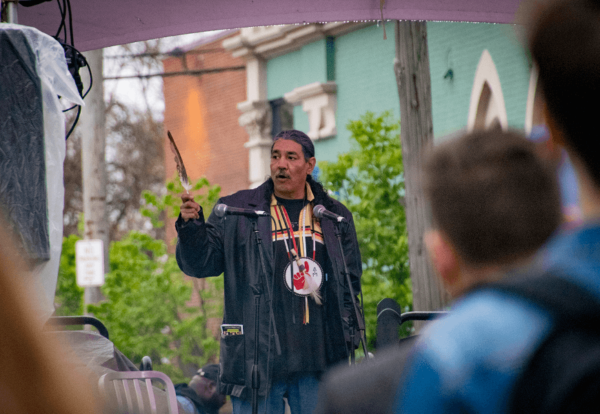 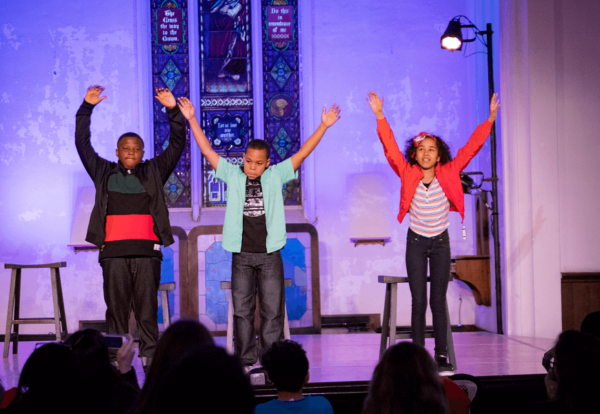 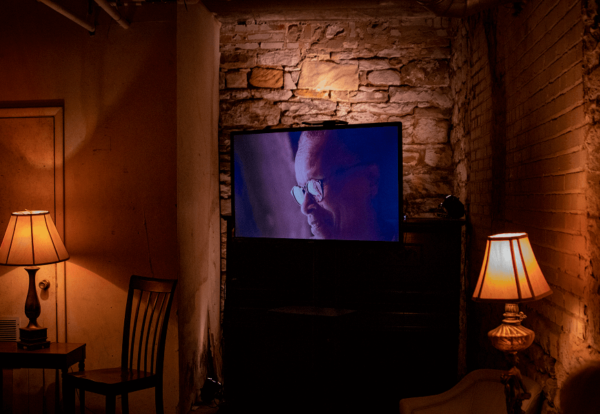 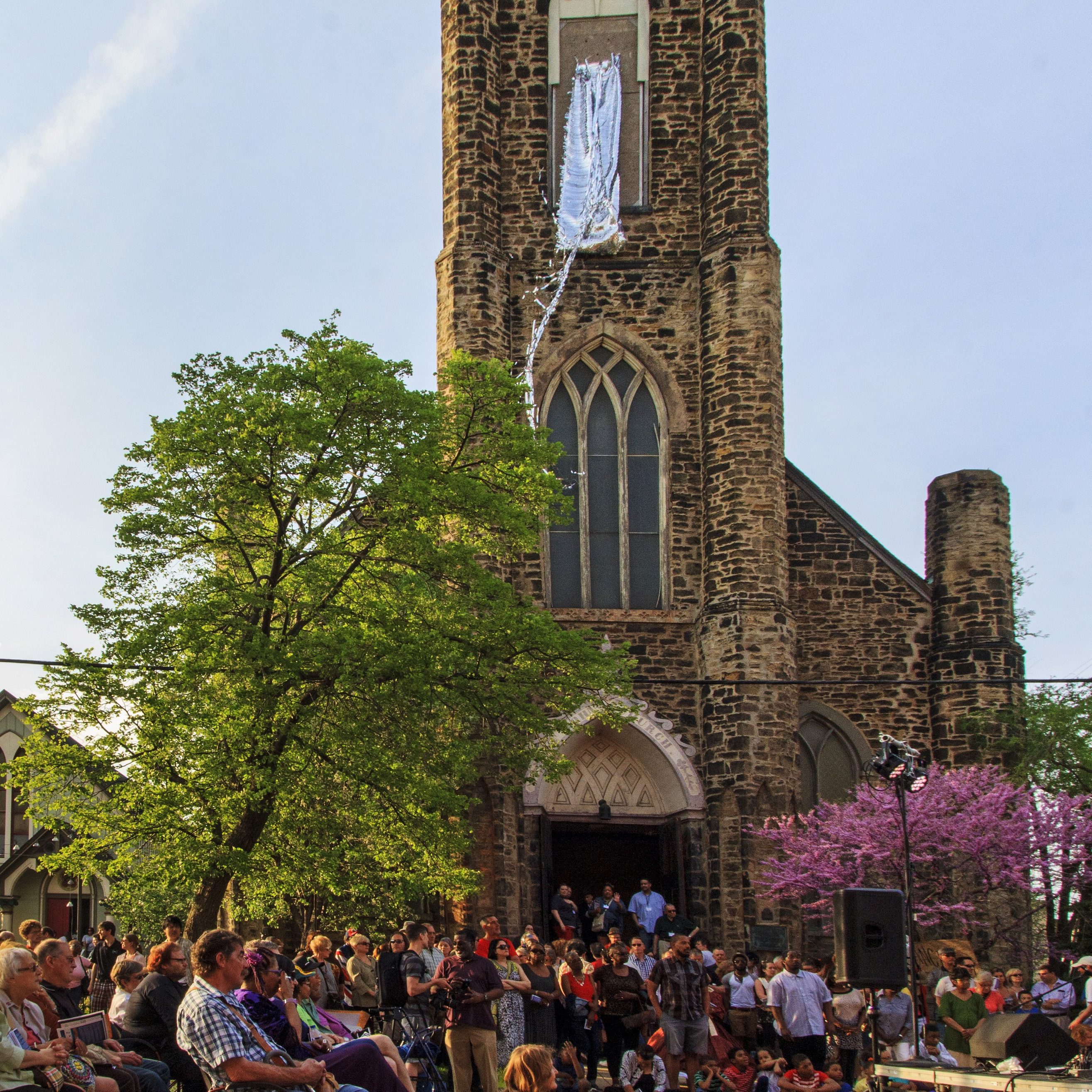 Residents of the nearby public housing estate at Lakeview Terrace join long-time and new residents of the Ohio City neighborhood, along with real-estate developers, arts lovers, business owners, and politicians, to make up a highly economically diverse crowd.

St. John’s Episcopal Church is located at 2600 Church Avenue in the Ohio City neighborhood of Cleveland—known as “Station Hope” on the Underground Railroad. The oldest consecrated building in Cuyahoga County, St. John’s was the last stop for freedom seekers before crossing the waters of Lake Erie, and its steeple acted as a beacon of freedom.

Station Hope 2020 is presented in partnership with The Episcopal Diocese of Ohio & The Institute at St. John’s, Ward 3 Councilman Kerry McCormack, Ohio City Incorporated, and Restore Cleveland Hope, Inc. & the Cozad-Bates House, with over 30 participating arts groups and 150 individual artists from the Northeast Ohio region.

Other Leadership Supporters of Station Hope 2020 include The City of Cleveland, The Episcopal Diocese of Ohio, the Char and Chuck Fowler Family Foundation, the George Gund Foundation, Ohio City Incorporated, and Third Federal Savings & Loan. 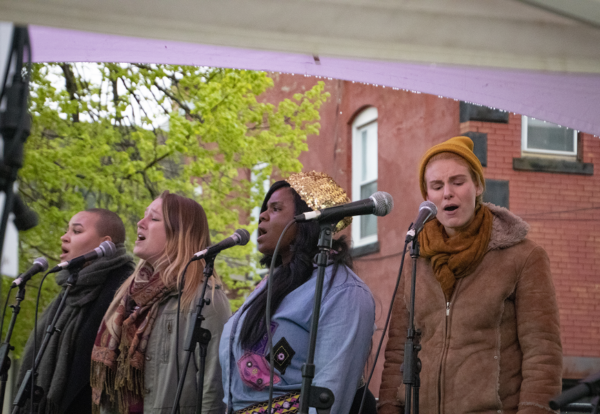 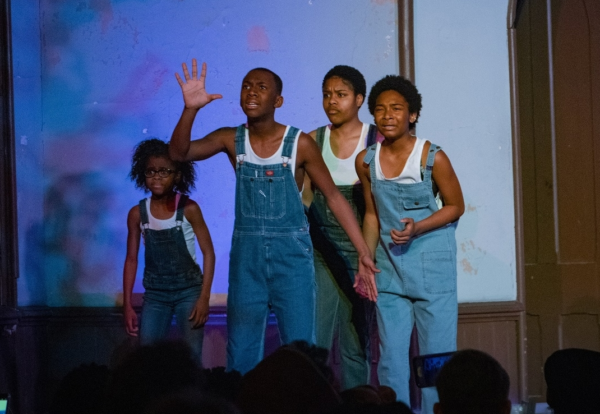 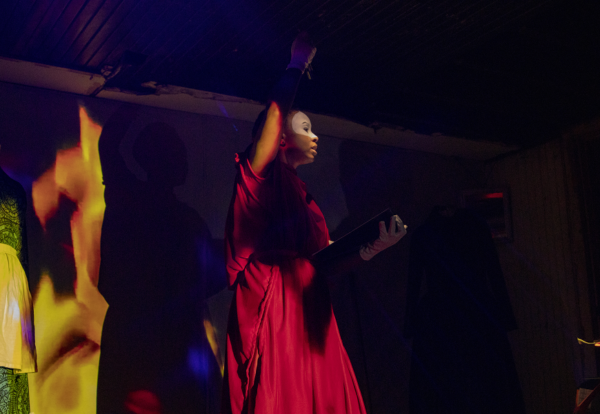 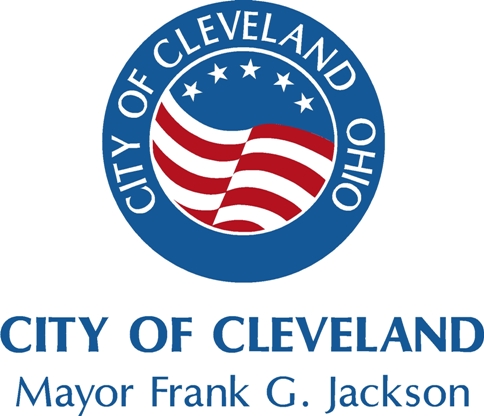