A collaborative workshop that combines rigorous physical and creative exercises that focuses on how we can create work based on social / economic / environmental issues.

Tlaloc Rivas is a writer, director, and theatre-maker who creates, develops and directs new plays focusing on the complexity, diversity and history of Latina/os in the United States and abroad. He also directs bilingual plays, classical and contemporary pieces, and new work by some of America’s most exciting writers. Originally from Baja California, Mexico and raised in Northern California, Tlaloc graduated with honors from the University of California Santa Cruz, and received his MFA in Directing from the University of Washington’s School of Drama. He splits his time between Iowa City (as Assistant Professor of Theatre at The University of Iowa) and Pittsburgh, where his wife Megan teaches at Carnegie Mellon University. He also enjoys running and hiking with his dog Xóchitl. Tlaloc is a co-founder of the Latina/o Theatre Commons and serves on the Editorial Board of its online platform, Café Onda.  As former Co-Chair of the LTC’s National Steering Committee, he helped organize the largest gathering of Latina/o artists in 25 years at Emerson College, Boston. He is a member of ATHE’s Latina/o Focus Group, a member of the National Association of Latino Arts and Cultures (NALAC) and an Associate Member of Stage Directors and Choreographers, the national union for stage directors and choreographers. END_OF_DOCUMENT_TOKEN_TO_BE_REPLACED END_OF_DOCUMENT_TOKEN_TO_BE_REPLACED

CPT’s Nord Playwright Fellowship is a year-long program for a local emerging playwright supported by the Nord Family Foundation. CPT initiated this program to provide greater support to the region’s playwright community and to nurture active artists. Up to two residencies may be awarded in 2015, which includes a $2,000 stipend for the playwright, development support and a workshop production. Please note that CPT is investing over $15,000 in staff time, support and direct costs associated with the residency.

Based on writing samples and one complete play, we will select a playwright with extraordinary potential. This resident artist will be given space at the theatre to write, create and rehearse work. Additionally, the program provides access to CPT’s artistic staff and is eligible for the theatre’s development programming. The residency is also an opportunity to be on site at CPT over the course of the year, interacting with and learning from designers, actors, directors and other writers. END_OF_DOCUMENT_TOKEN_TO_BE_REPLACED END_OF_DOCUMENT_TOKEN_TO_BE_REPLACED

This initiative engages composer/designers in a collaborative process under the guidance of the show producer and director to compose and produce original music for two full productions in CPT’s Season and to learn about other parts of the creative and production process of theatre. Composers gain hands-on learning experiences through sound design opportunities.

The program is intended to significantly grow CPT’s capacity for developing original music and sound design, and to support the growth and emergence of local artists.

Deadline for submissions is

Big Box has been the centerpiece of Cleveland Public Theatre’s season over the past twelve years. New work development is a core value at CPT, and we are always looking for the best way to support the new work by Northeast Ohio artists. Big Box has played an integral role in new work moving onto full, professional productions (at CPT and elsewhere) and the formation and growth of three local theatres. We are proud of Big Box’s impact on our artistic community over the years.

The idea of Big Box from its inception has been to serve as a launch pad for artists who are ready to move work forward. Big Box 2016 will focus more on this goal and we are seeking work in development that has extraordinary potential for future success. Future success includes, but is not limited to, full professional productions and tours. CPT believes that the greatest strength of Big Box is its ability to function as an incubator of new work and artistic growth. We anticipate that this greater focus will limit selection to 4 – 6 exceptional projects ready to move to the next level after a workshop production. 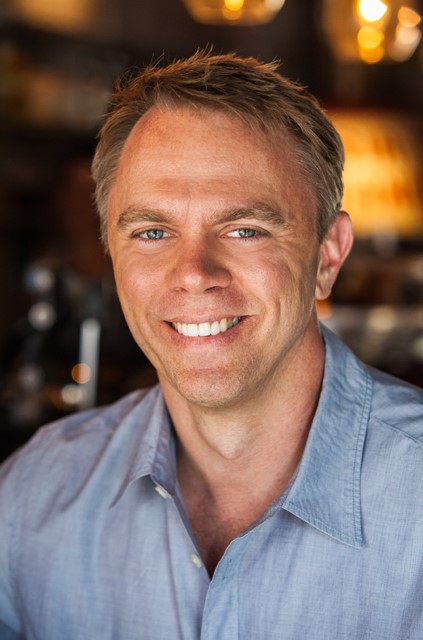 Wonder how to apply that Viewpoints, Suzuki or Lecoq method to your professional practice?
Curious how to get your body expressing and moving with intention and purpose?
Need some feedback on that left arm habit that keeps coming back?

Join us for Physical Approaches to Acting, a focused coaching workshop, led by Jeffrey Fracé of the loved Conni’s Avant Garde Restaurant.  With 20 years of experience in physical theatre practices, Jeffrey will lead workshop participants through activities that engage and open the body, uncovering hidden potential and innate ability. All workshop participants must prepare a fully memorized 1-2 minute monologue, classical or contemporary. This is an intermediate course and space is limited.

Upcoming Workshop! THE DIRECTOR’S PITCH: HOW TO DESIGN AND DISCUSS YOUR BIG IDEA 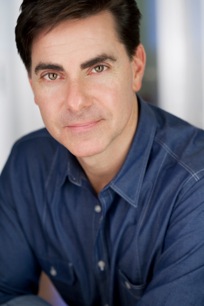 The Director’s Pitch: How to Design and Discuss your Big Idea

You have a great idea, but how do you communicate that idea to designers, actors, artistic directors, or your supporters? The Director’s Pitch will be an interactive discussion about conceptualizing material and effectively expressing your vision.   Topics will include dreaming up your initial concept, selling your vision to your producer, and collaborating with artists to fulfill your vision.   Participants will be given the opportunity to informally “pitch” a real or dream project and receive feedback on the presentation. Recommended reading: Advance copies of the short play On Facebook from Standing On Ceremony: The Gay Marriage Plays will be available and used as a reference point. END_OF_DOCUMENT_TOKEN_TO_BE_REPLACED END_OF_DOCUMENT_TOKEN_TO_BE_REPLACED

Based on the true story of Johanna Orozco, a Cleveland teen who survived a gunshot wound to the face by her boyfriend in 2007 and whose story sparked a nation-wide movement against teen domestic violence. Johanna’s story is complex and raises critical questions, but it is also a life-affirming story of triumph. Named after The Plain Dealer’s award-winning series “Facing Forward” by journalist Rachel Dissell and produced in conjunction with Teatro Publico de Cleveland. Play is performed mostly in English. World Premiere. END_OF_DOCUMENT_TOKEN_TO_BE_REPLACED END_OF_DOCUMENT_TOKEN_TO_BE_REPLACED 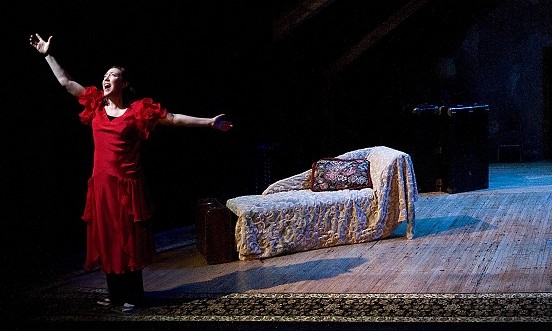 Fitzmaurice Voicework® Workshop takes place over two weekends at the end of February in 4 intensive vocal classes that will explore the dynamics between body, breath, voice, the imagination, language, and presence. All classes take place in Cleveland Public Theatre’s Orthodox Church Space from 12:30-3:00pm and full participation is compulsory.  Please complete application to be considered for this special vocal work. Space is limited to 12 artists. APPLICATION DEADLINE: FEB 15th END_OF_DOCUMENT_TOKEN_TO_BE_REPLACED END_OF_DOCUMENT_TOKEN_TO_BE_REPLACED