The Hope of Marisol

Everyone's A Critic - Review of Marisol

In the post-apocalyptic vision of José Rivera’s Marisol the moon no longer shines, all food is turned to salt, and the world seems on the verge of expiring as angels battle to save the universe. In Teatro Público de Cleveland’s recent production that opened last Friday (March 6) and runs through March 21, Scenic Designer Aaron Benson’s visually striking set captures this atmosphere of impending doom from the very moment the public enters the auditorium. The spare scenography centers on a single bed covered with a modest bedspread and pillow while a small table sits stage right and completes what spectators would presume is a domestic space. In contrast, a large metal scaffolding looms over the scene from upstage center as fabricated brick walls fill the background of the set. These brick walls are perhaps a metaphor for the world found in Rivera’s play: the seemingly solid and stable brick seems to deteriorate as the eye moves up the wall towards imitation lath and plaster—the wood splintering and splitting at the top. The supertitle screen hanging on the scaffolding projects the title of the work and the name of the main character: Marisol. Her name in Spanish literally means Sea (mar) and Sun (sol) and evokes pleasure, relaxation, and joy, but floating above what we can only understand as the landscape of a ruined city, the name is tinged with irony as the set before us conveys something more ominous.

The play opens with Marisol (played by the talented Elisa Beatris Fuentes Aguirre) waiting for her subway unaware that her comfortable life will soon be sent into turmoil. A successful professional that has battled her way out of the barrio to become a copy editor at an important publishing house in Manhattan, Marisol continues to live in Bronx—straddling two worlds divided from one another culturally and economically. Her delicate balance begins to unravel from early on in the play when she narrowly escapes a brutal attack by a homeless man, an event that shakes her faith in the solidity of the edifice that is the life that she has constructed. Later, an unknown visitor to her office pushes an ice cream cone in her face—turning an object of joy and delight into an act of violence and aggression. And so it goes, the world slowly coming apart at the seams, a process that culminates in a visitation by her guardian angel who informs Marisol that she will no longer benefit from her protection as she joins in an uprising of angels in a celestial battle for the fate of the universe. What proceeds from that point forward is a surrealist trip through a New York City in chaos in which Marisol is unsure if she is living or dead and is forced to question her faith and the bedrock belief that for a young Latina hard work and upward class mobility can protect her from the social fabric fraying around her.

Marisol meanders through the land of the living and the dead, journeying across a modern city transformed into a celestial underworld where rebellious angels fight with god, and pregnant male characters defy biological possibility. It is a journey that evokes a range of canonical texts: from The Odyssey and John Milton’s Paradise Lost to Dante Aligheri’s Inferno and Charles Dicken’s A Christmas Carol—all staged within the theatrical vernacular of Samuel Beckett’s Waiting for Godot and the Theatre of the Absurd. Because of the work’s use of fantasy and its blending of the unreal and the real, it has been called a work of magical realism. It is a description that I find unfortunate since it too often has become the default descriptor that limits Latin American and Latinx writers within a particular ethno-regionalist genre of writing. I make this point to emphasize that Rivera’s work is not merely working in the tradition of Nuyorican theatre or one that is strictly concerned with the Latinx experience. Rather, like Marisol herself, it straddles the line between exploring the particular experience of latinidad and the very human struggles of modern life. Indeed, Rivera has inserted his dramatic world firmly within the hyper-traditional canon of the Epic—but gone is the white-male protagonist of Western literature. It is not Odysseus journeying into the Underworld here, but rather Marisol, the “proud Latina” battling to find her way back to the surface. That the work is written in English and—thanks to Teatro Público—performed in Spanish only further grounds the play in the particularities of the Latinx experience.

Because of our current climate in which criminality and Latinx identity seem perpetually linked in the racist and xenophobic language of (certain) politicians which is then reproduced by media outlets that cover these inflammatory statements, the very act of performing a work of drama in Spanish has become a political act. In this context, the hate crimes that occur in the play resonate in 2020 in ways that one might not have expected would continue to exist with such prevalence when Rivera’s play first debuted in the early 1990s. This continued resonance might suggest that we are perpetually in a losing battle against the avatars of hate, division, and racism. In the tension between hope and despair that threads its way through Marisol’s journey we also might see reflected the contemporary challenges to our own sense of collective hope as we confront pandemic, xenophobia, and rising authoritarianism.

Thankfully, it is the performance itself that helps feed our hope—the remedy that we need in these difficult times in order to endure. The potency of the play and the Teatro Público project was thrown into relief by a technical issue that unfortunately occurred during the performance that I attended when the supertitles that delivered English-language translations to the non-Spanish speaking public were not available for large chunks of the first act. (As a side note, having attended many Teatro Público performances, I have never seen this problem before. It was a rare glitch to which the CPT staff responded admirably by offering refunds, rain checks, or other accommodations). As a fluent Spanish speaker this didn’t affect my experience personally, but it was notable for other reasons—positive ones ironically. Namely, it called attention to the incredible effort that Cleveland Public Theatre has made and risks undertaken to invest grant dollars, human capital, technical knowledge, and, of course, time to bring Spanish-language theatre to Cleveland and to make it a space where individuals from varying linguistic communities can come together. This is no small task and is an underappreciated contribution to the cultural landscape of Cleveland. My wife (who does not speak Spanish) commented that despite not being able to follow the dialogue in these instances, the tremendous work of the actors and Julia Rosa Sosa’s direction still communicated in very compelling ways the contours of Marisol’s journey and the dynamics of Rivera’s world.

Having journeyed through the apocalyptic landscape of Rivera’s play and having seen the struggles of humanity, the public was rewarded with an emotionally resonant performance filled with hope. Much of this sense of hope came from seeing early-career actors and community members take on a challenging work of drama and bring it to life for a public that has a thirst for hearing the Spanish language as a vehicle for art and social change. On the mainstage at Cleveland Public Theatre, the production of Marisol—like other Teatro Público performances—has begun to build the foundation of a multi-lingual, multicultural society in which the mar y sol [sea and sun] of hope overcomes the darkness of contemporary racism. 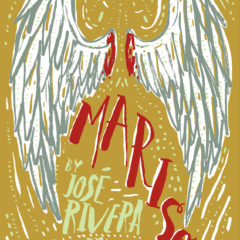 A primal, fantastical, and humorous contemporary classic inspiring us to wake up and change the world around us.