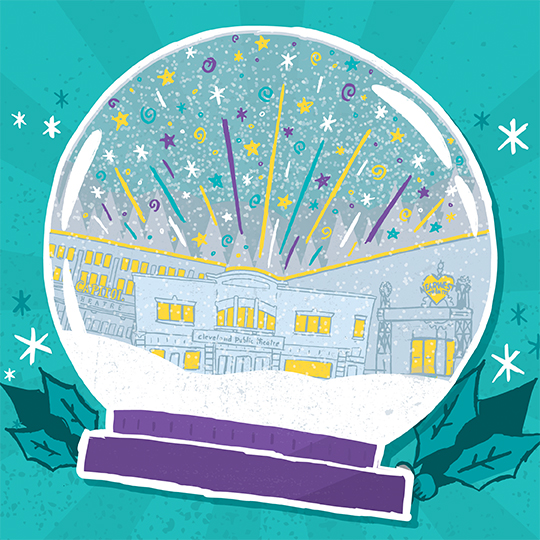 Free live performances will take place between 3:00-7:00pm as the neighborhood comes alive with the arts, consisting of music and performing arts in venues throughout Gordon Square, as well as roving performances on the street, while visitors explore the sights, sounds, and shops of Gordon Square

The Loush Sisters, Making the Yuletide Gay -Fueled by a healthy dose of “holiday cheer,” Holly and Jolly Loush return for a bawdy, boozy holiday cabaret.

Talespinner Children’s Theatre
SHIVER-ME-TALESPINNERS!
A wandering crew of swashbuckling scurvydogs, the friends of the pirates you will see on stage in TCT’s current production Hook & Smee (A Tale of Never Never Land).

Near West Theatre
Stroll through the festive light and music-filled plaza to enjoy selections from Joseph and the Amazing Technicolor Dreamcoat. This rock show musical is turbo-driven family entertainment, sure to delight!