As Latinos and Latinas today we take pride in our work, and the results of our efforts translate into providing new resources while serving the community we live in. Teatro Público de Cleveland (TPC) started in 2013, opening more doors for our Latino community. I joined TPC in 2014 as an amateur actor, and had never done anything like this before. Now, in my 5th year with the company, I have acted, stage managed, created new plays, directed, curated, and promoted the development of new work by TPC! And as I serve as the Chair of Teatro Público de Cleveland’s Leadership Committee, I feel proud and eagerly encouraged to continue our growth. We are growing in theatre not only as actors, writers, and directors, but also by taking all the in-between opportunities that are leading us into a self-sustained ensemble, which is the path Cleveland Public Theatre and the community have been supporting from the beginning.

In 2013, CPT launched Teatro Público de Cleveland (TPC), a local Latino theatre company whose work reflects the artistic goals, interests, and ideals of its members. The purpose of this theatre ensemble is to share the rich diversity and perspectives of the Latino-Cleveland culture, and to fulfill CPT’s core mission to raise consciousness and nurture compassion.

As the company continues to grow in size, the ensemble members remain dedicated to building and fine-tuning their artistic talents and skills. Under the guidance and mentorship of Raymond Bobgan, CPT Executive Artistic Director, and Faye Hargate, CPT Director of Community Ensembles, TPC recently took a huge step in the structure of its leadership, empowering ensemble members to take on formal leadership roles and guide the overarching direction of the company. Cleveland Public Theatre’s role is to bring in our expertise as producers, to bring in funding, and support and nurture that path. 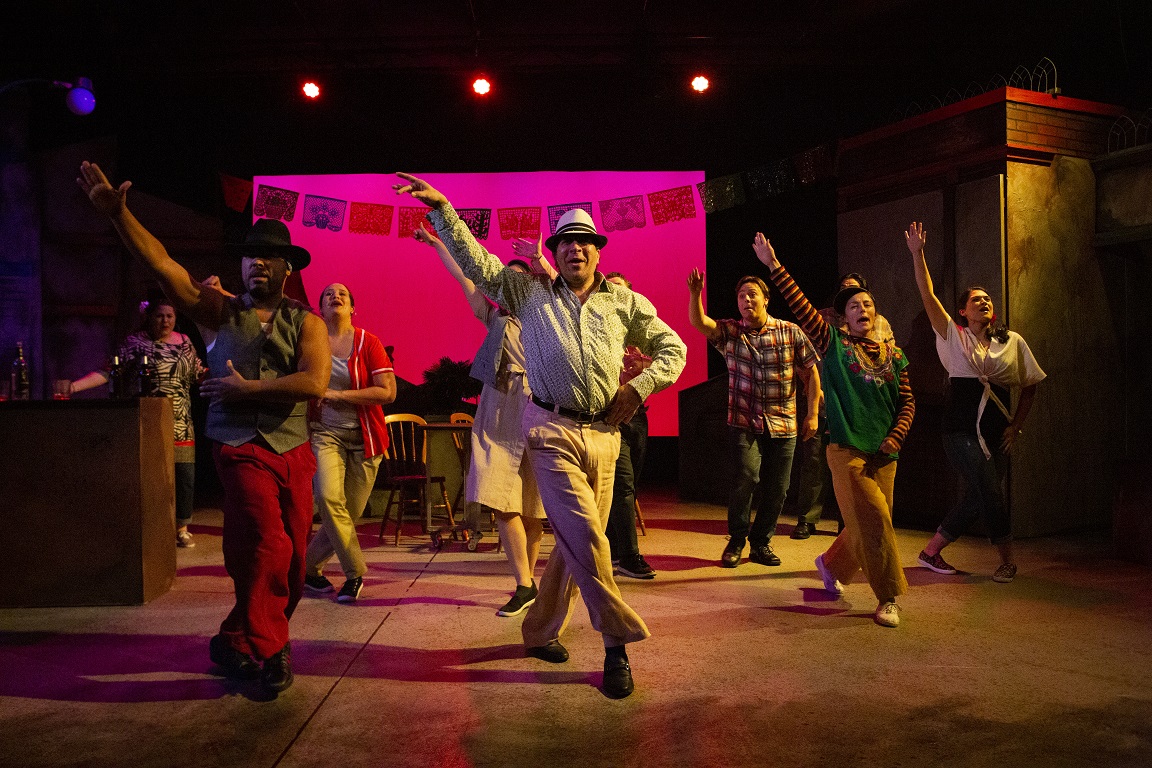 “It’s beautiful to see theatre in Spanish in Cleveland. There are a lot of Latino families here, from different places—Puerto Rico, Mexico, Uruguay—so to have a place where they can come together as a family in their native language is extraordinary.”
-Liney Cintrón, TPC ensemble member

Teatro Público de Cleveland is a collective of Latino theatre artists, and produces performances that preserve and promote the cultures of Cleveland Latinos for Spanish-speaking audiences and the broader public. 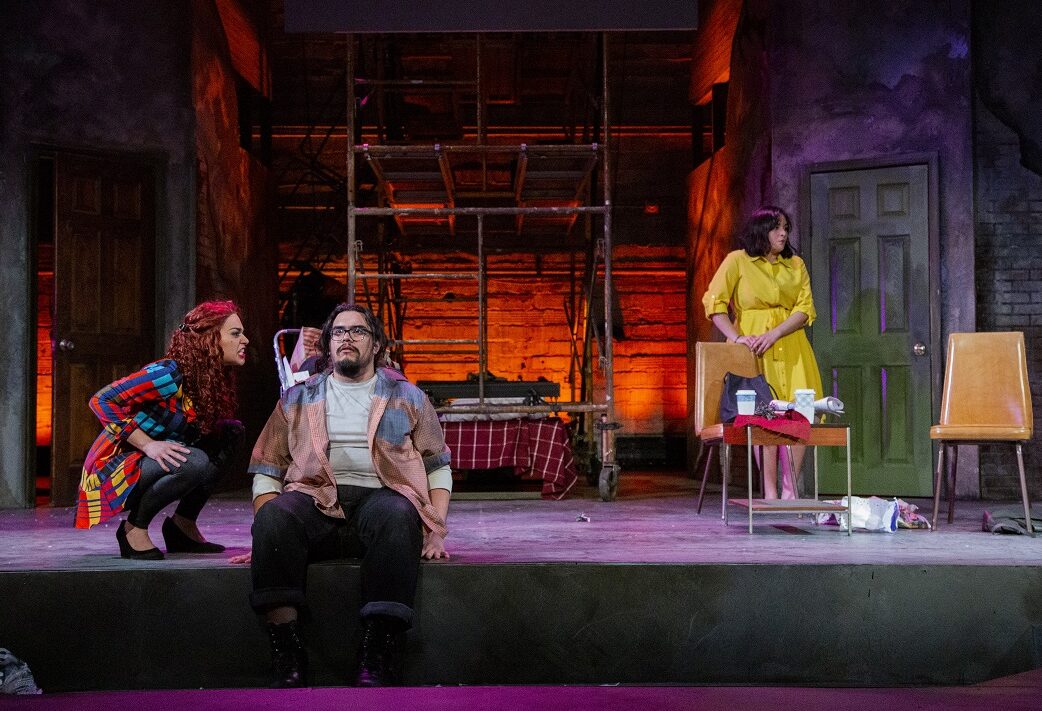 “Teatro Público de Cleveland is helping us to forge a Cleveland Latino identity. Its impact goes well beyond the walls of the theatre to support community change and growth, socially and economically.”
-Jason Estremera, former TPC Leadership Committee Chair 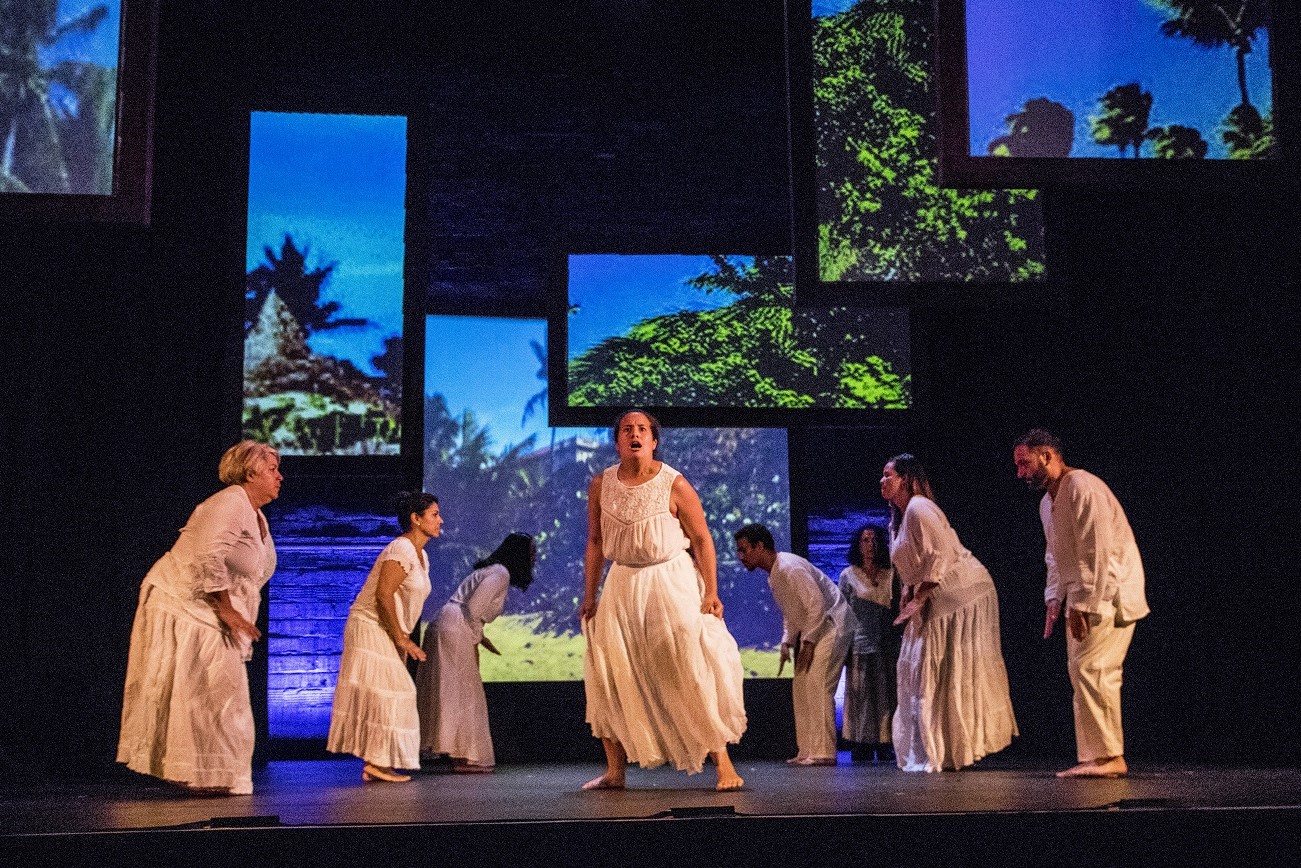 Behind the scenes with Teatro Público de Cleveland 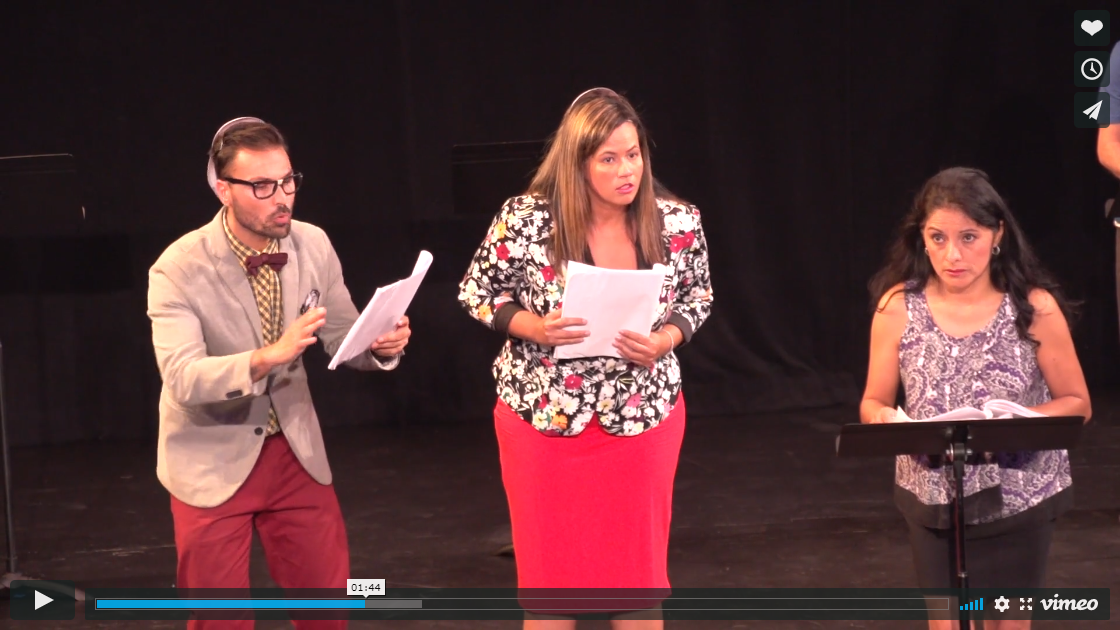 “If you have a passion for your community or civic engagement or the arts, it’s important to become part of the TPC family. And we’re here—so come on!”
-Alisha M. Caraballo, TPC Leadership Committee Vice Chair 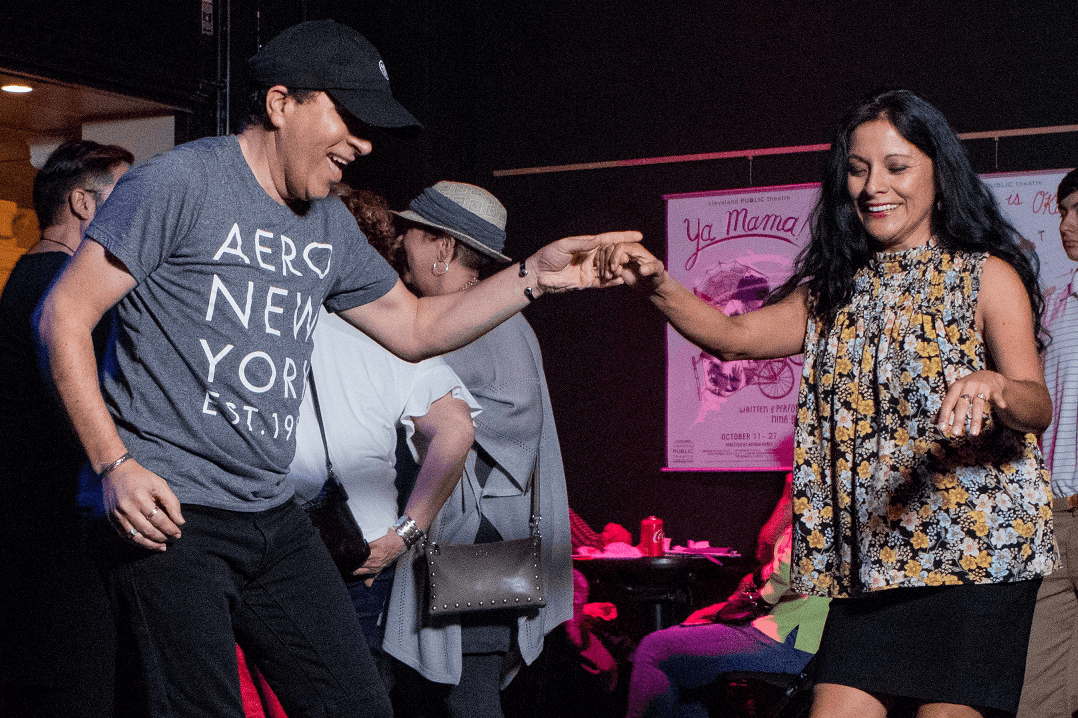 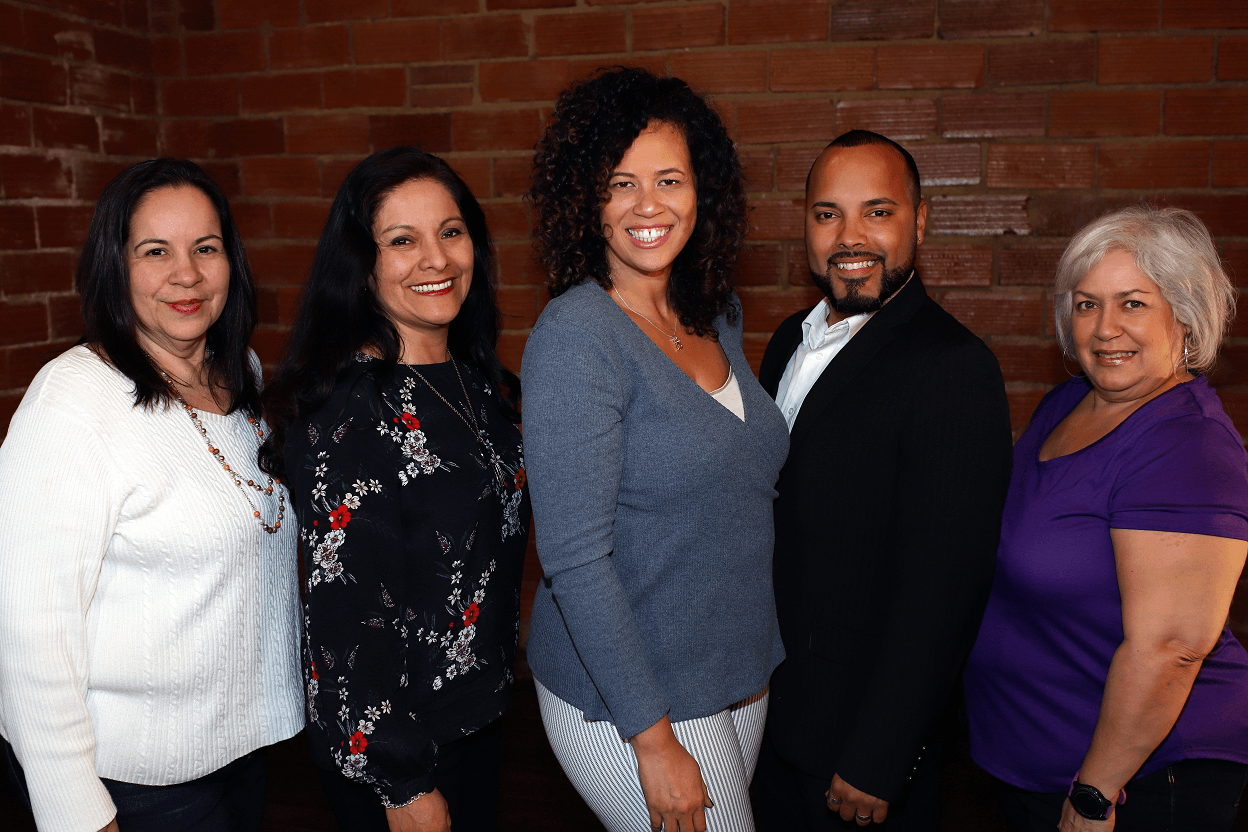 Since 2018, TPC has had a self-led Leadership Committee that oversees the company’s artistic endeavors and operations. The first Co-Chairs of the Committee were Mónica A. Cerpa Zúñiga and Jason Estremera. 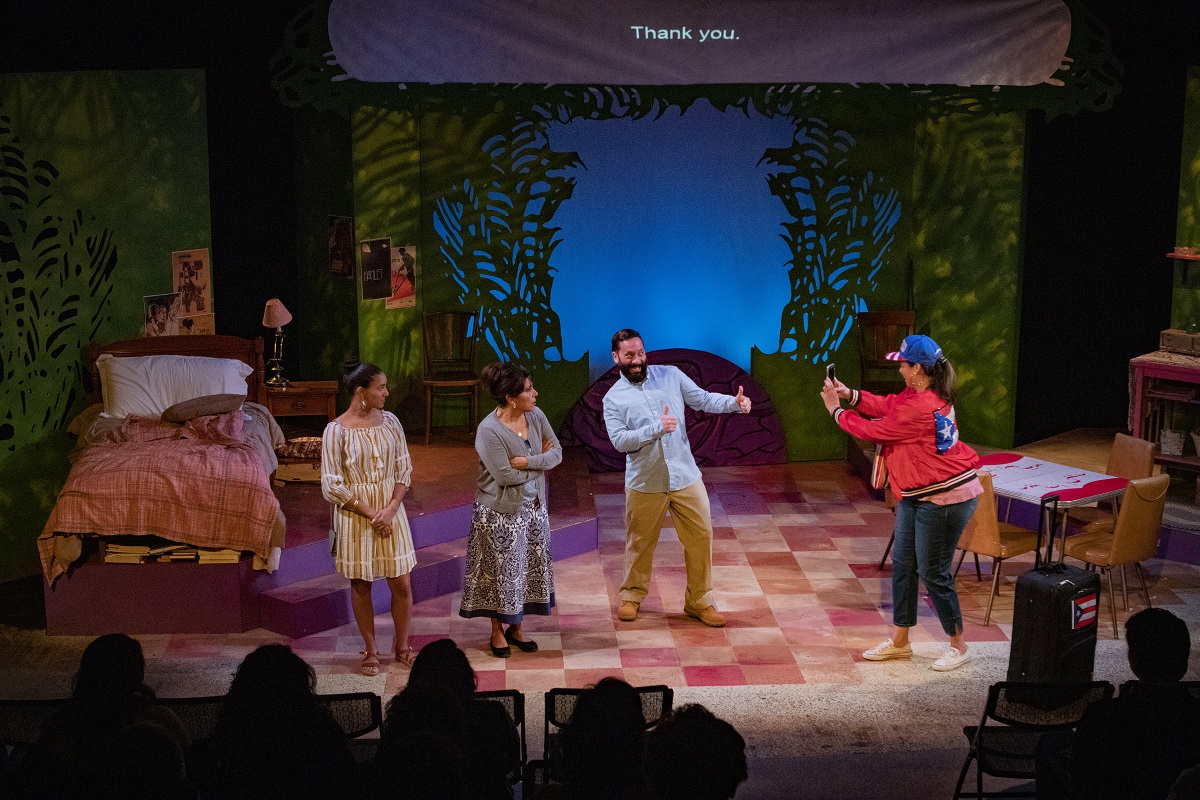 “All of TPC’s plays have topics that are related to the Latino experience. But at the same time, they can appeal to anybody—it doesn’t matter the race or culture, because it’s about unity, the human experience.”
-Luis Ramírez-Alonzo, TPC ensemble member 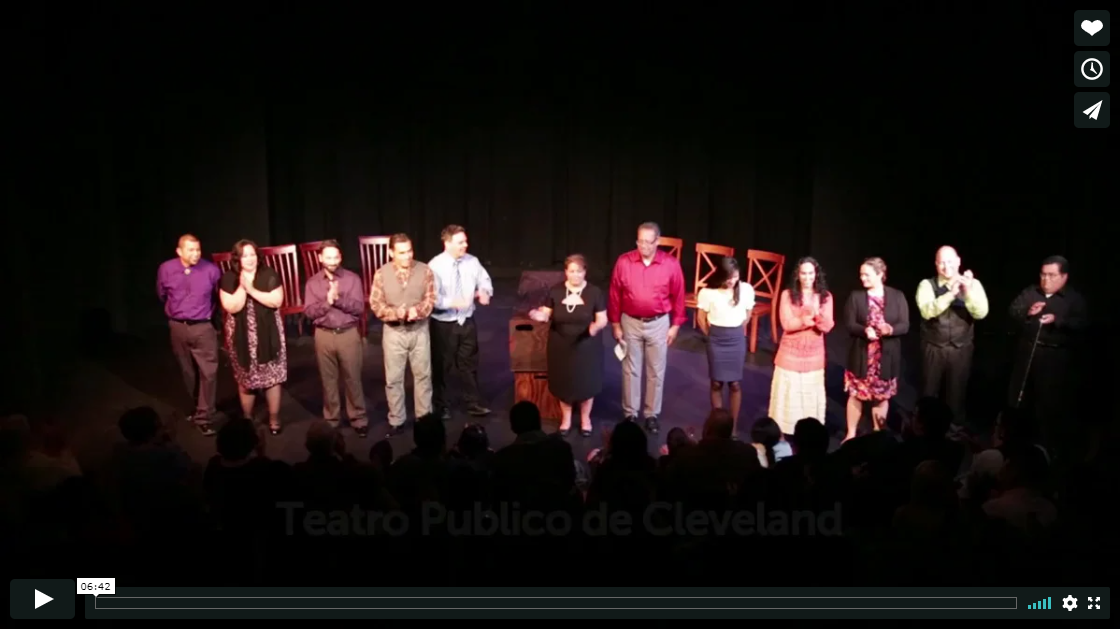 At CPT, we see theatre as the center place for community to come together to share stories and perspectives. In 2011, CPT began envisioning new ways to engage with communities as part of our strategic planning with Lisa Mount, Director of Artistic Logistics. This work formed a framework for innovation that received funding from the Cleveland Foundation’s Engaging the Future Program Incubating Innovations. CPT formed a 10-person advisory committee comprised of CPT board, staff, artists, and members of the Latino community.

Through this group—with support from John Shibley Consulting, longtime CPT friends and partners Letitia Lopez, non-profit Executive Director of Julia de Burgos Cultural Arts Center, Héctor Castellanos Lara, local artist and founder of Día de Muertos Ohio (who CPT collaborates with each year to present the annual Día de Muertos celebration as well as performances at the Cleveland Museum of Art’s Parade the Circle), Blanca Iris García Rivera Salva, Ward 15 Executive Assistant to Matt Zone, and The Young Latino Network; research and mentorship from Alberto Justiniano, Artistic Director of Teatro del Pueblo (St. Paul, MN); and guidance from José González of Milagro, the premier Latino arts and culture center of the Pacific Northwest—the pilot phase of TPC kicked off with a series of free public workshops in play creation and acting. CPT artistic staff worked with the emerging ensemble to develop and produce a new play, Cuando Cierras Your Eyes, written and performed by Latino community members and debuted to standing ovations in sold out houses. Out of this performance a dedicated ensemble emerged, and Teatro Público de Cleveland was fully formed.

Click here or on the image above to watch a video about the making of Cuando Cierras Your Eyes.

“It changed my personality. It provides a very big freedom for me and takes me out of my normal element. I really feel like [Teatro Público de Cleveland] is part of who I am now.”
-Letitia Lopez, TPC Leadership Committee and founding member, and non-profit Executive Director of Julia de Burgos Cultural Arts Center 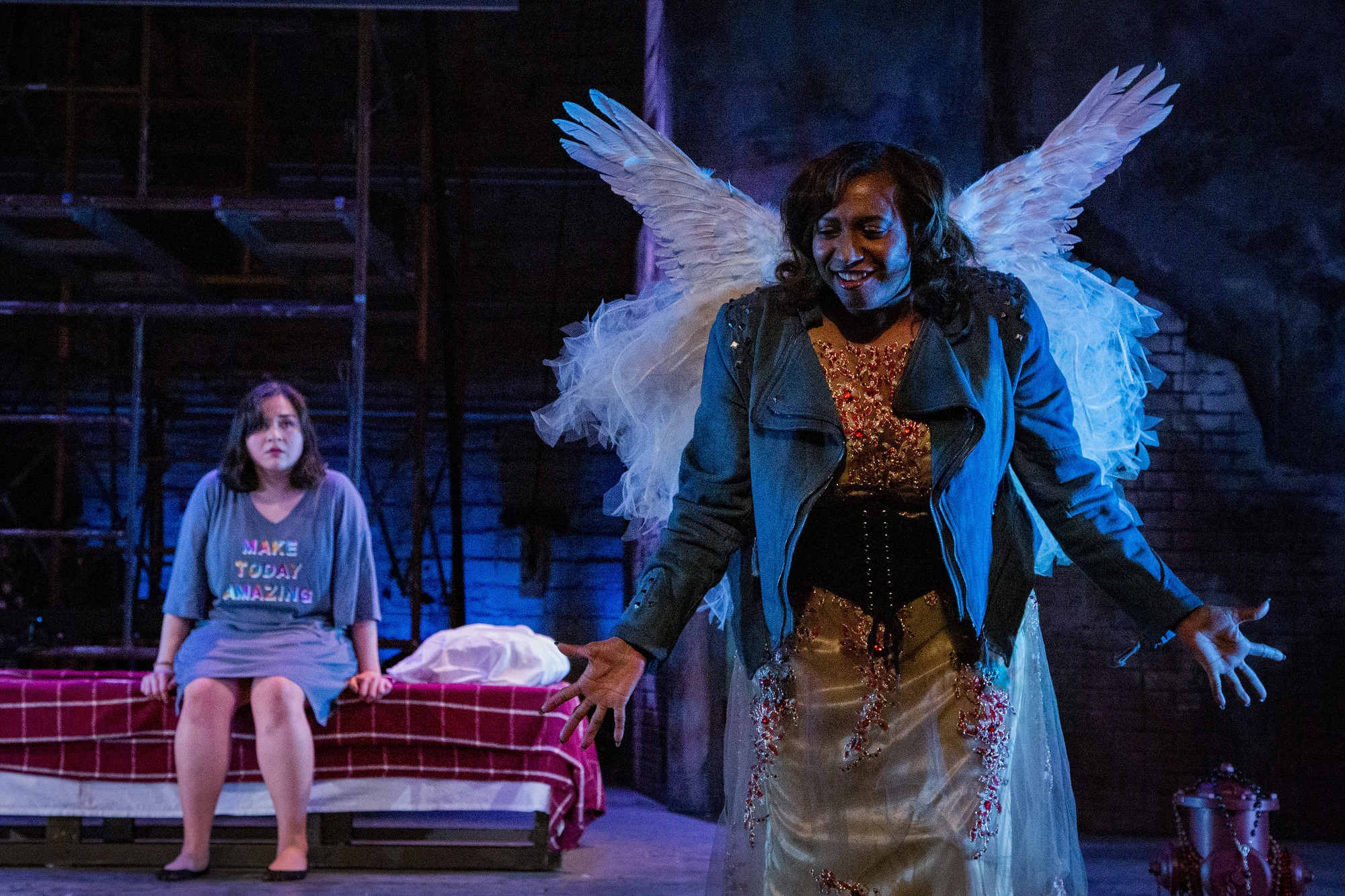 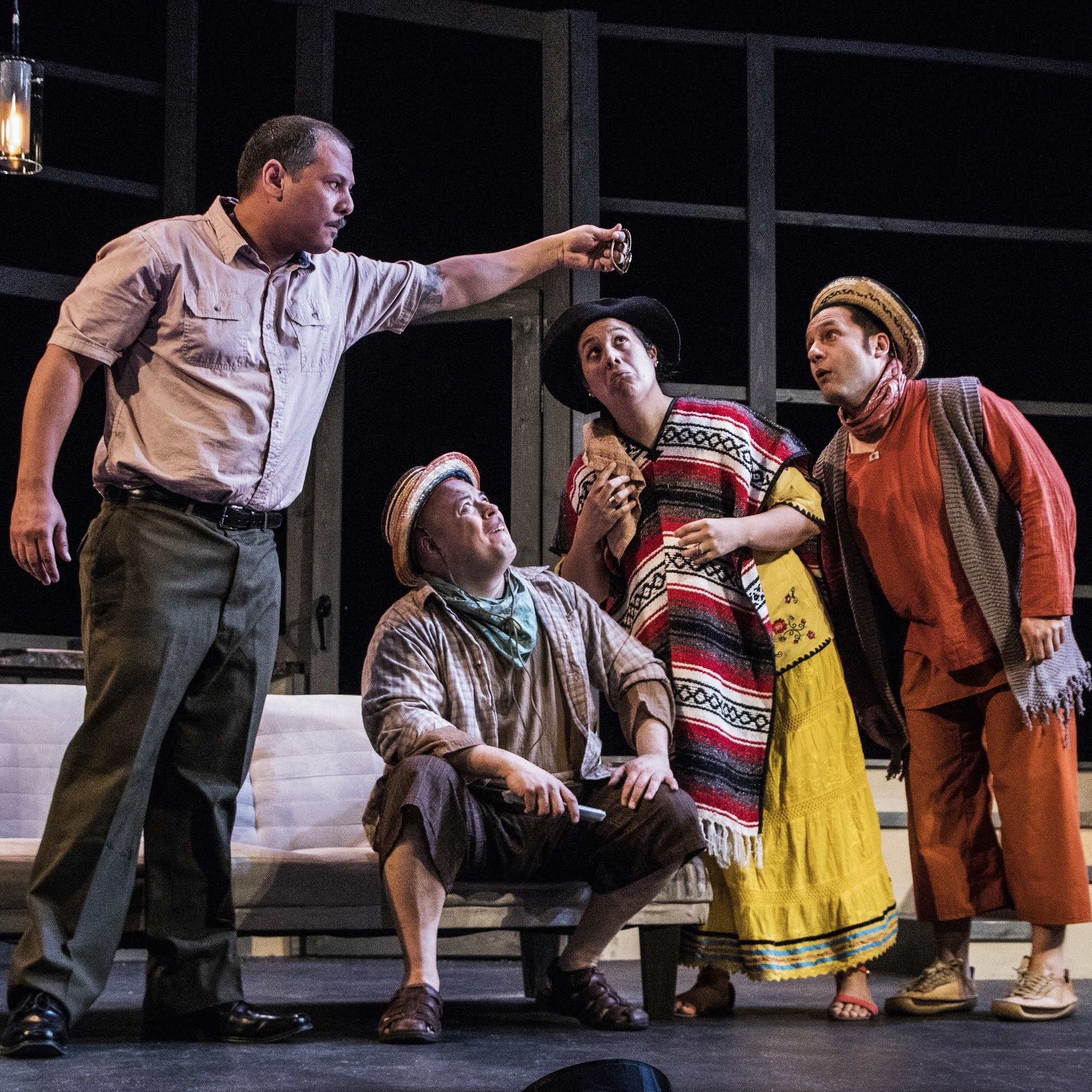 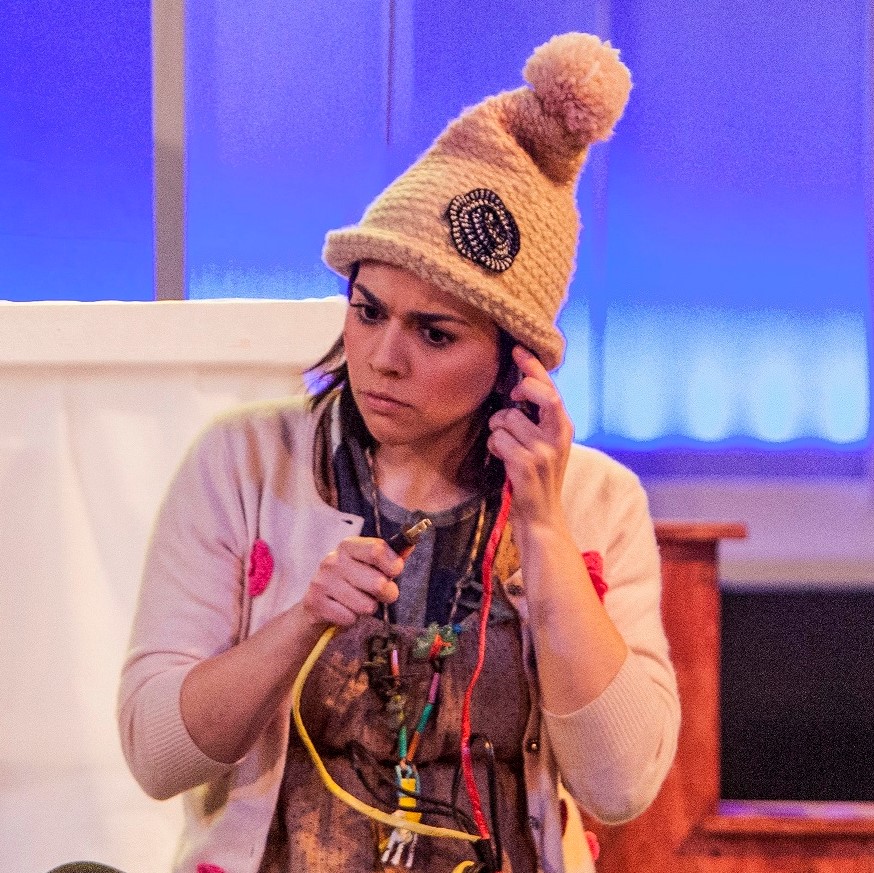 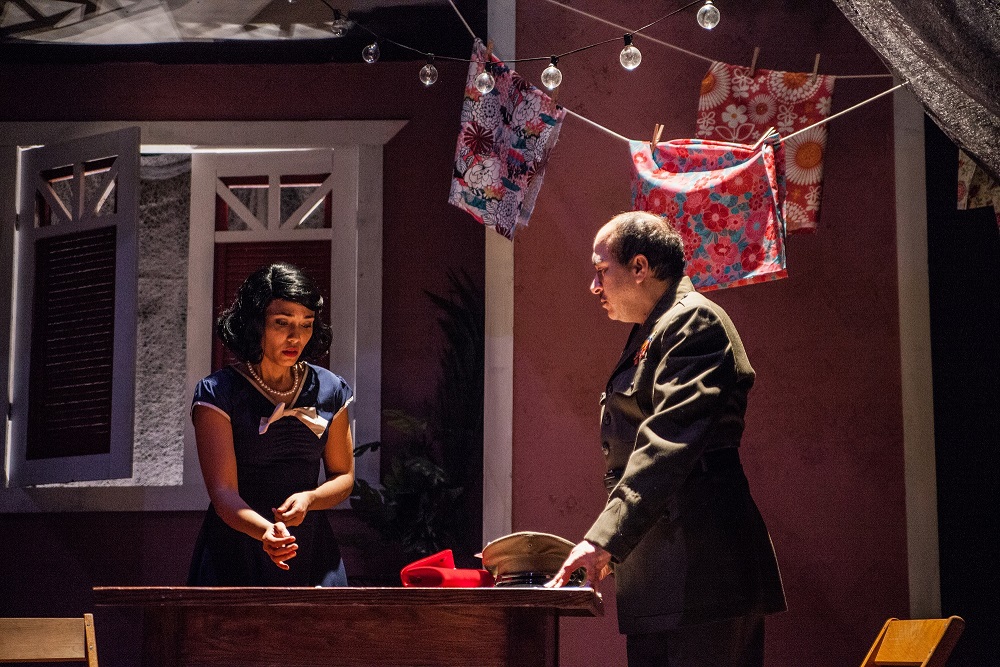 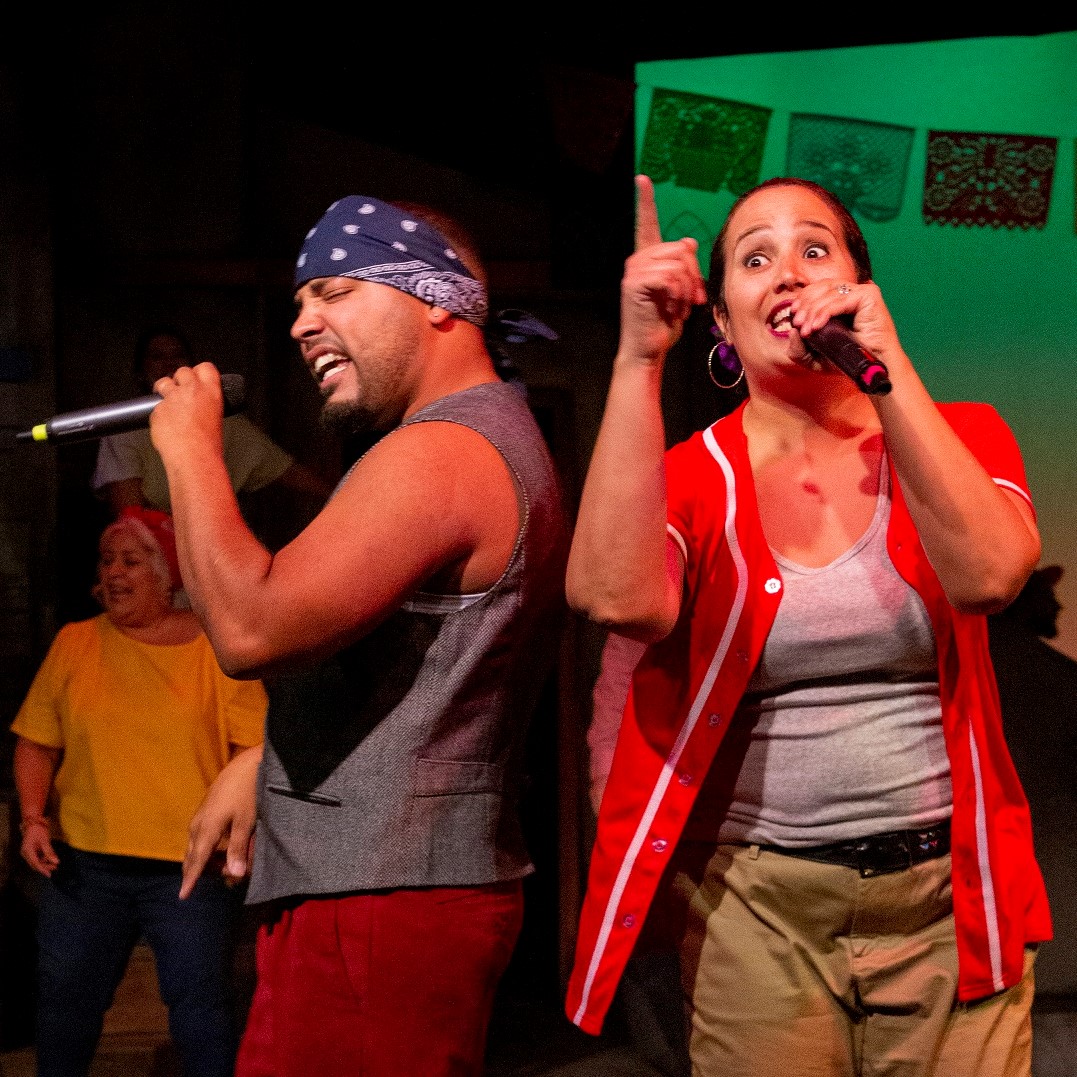 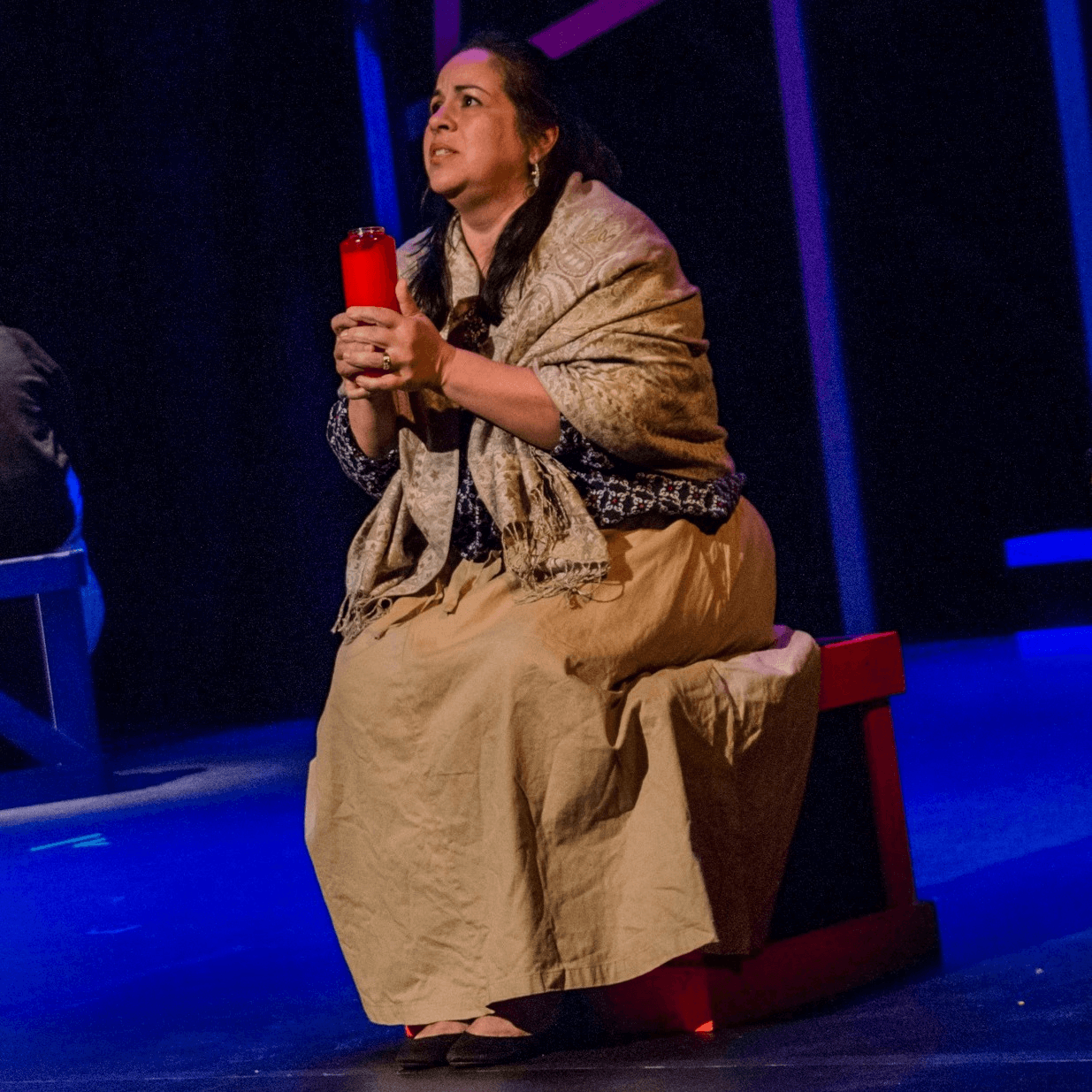 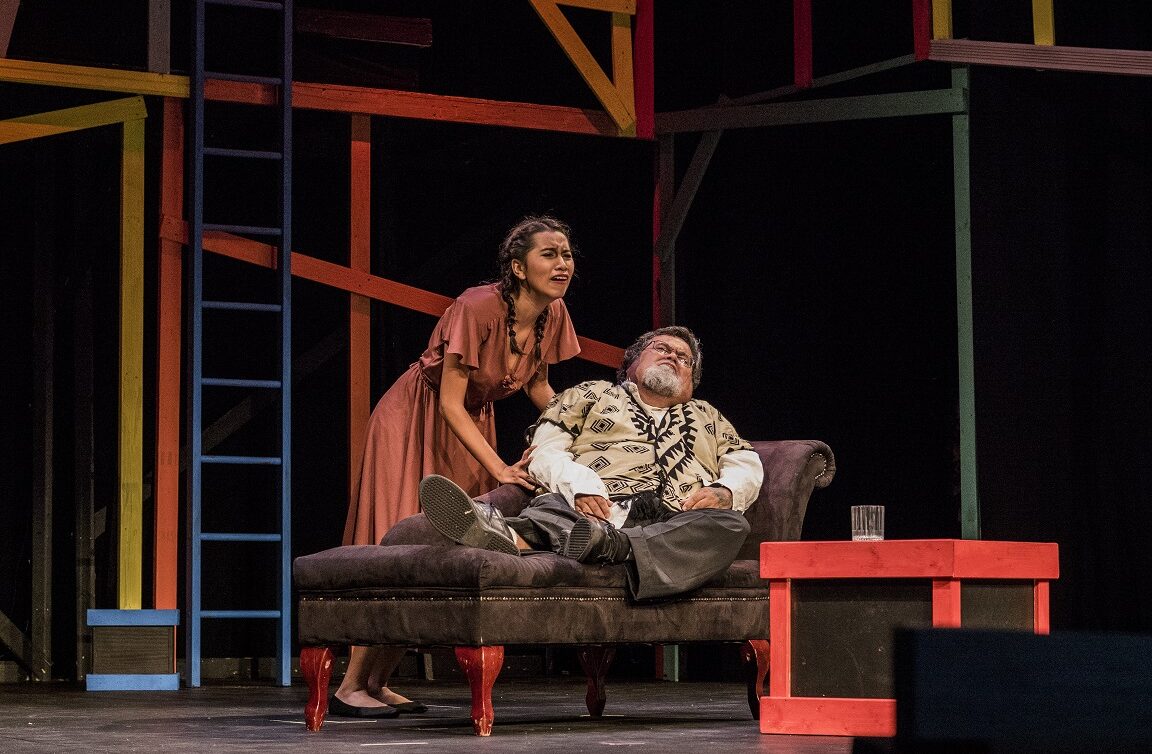 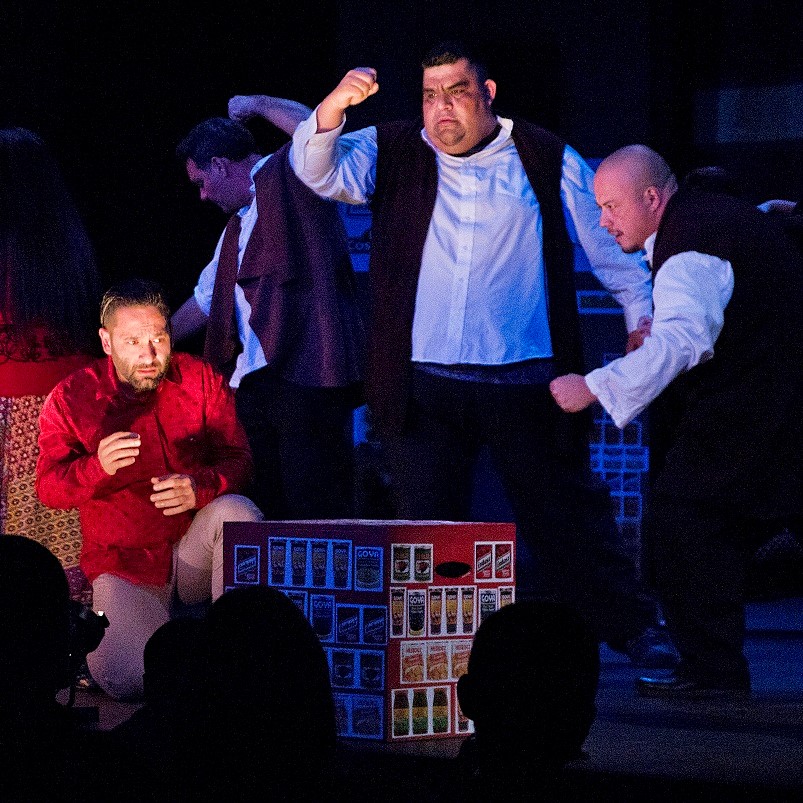 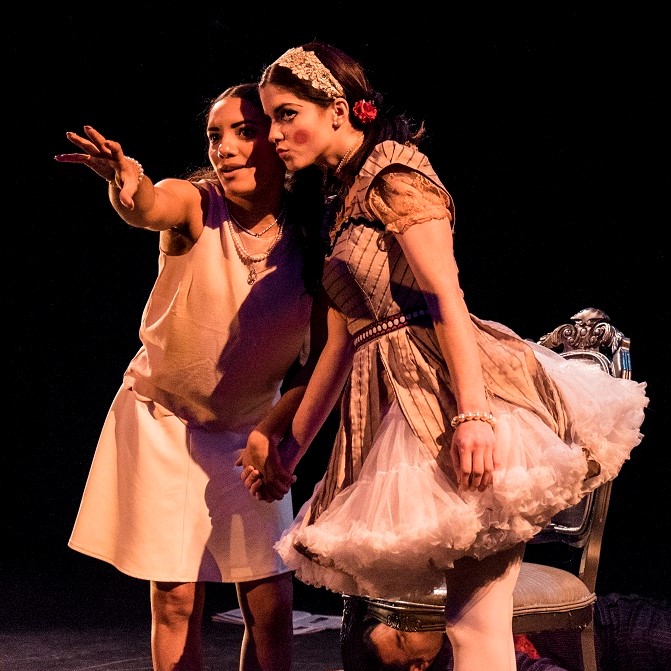 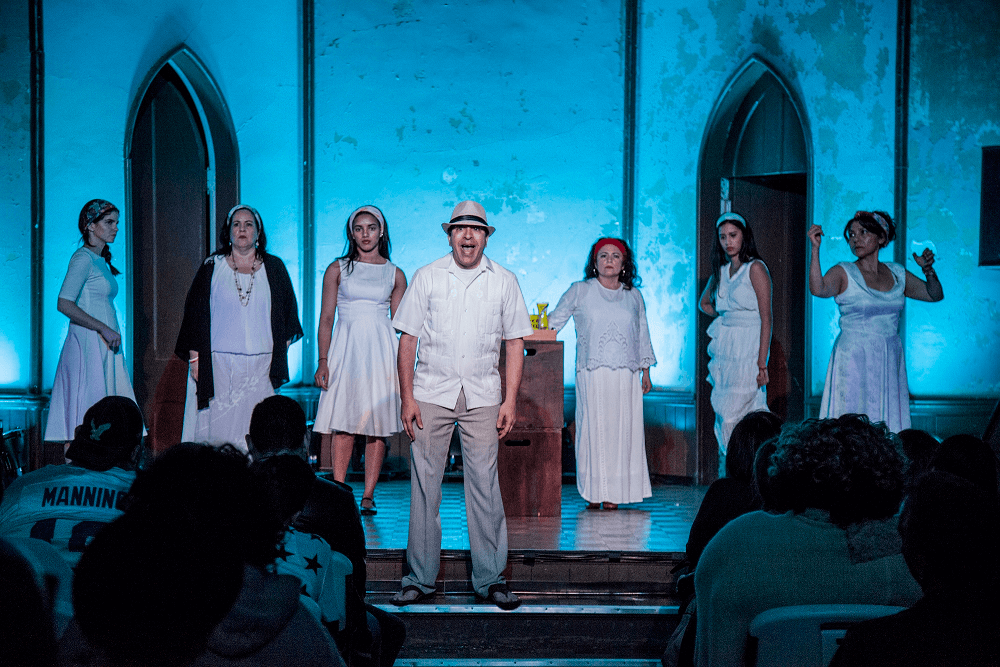