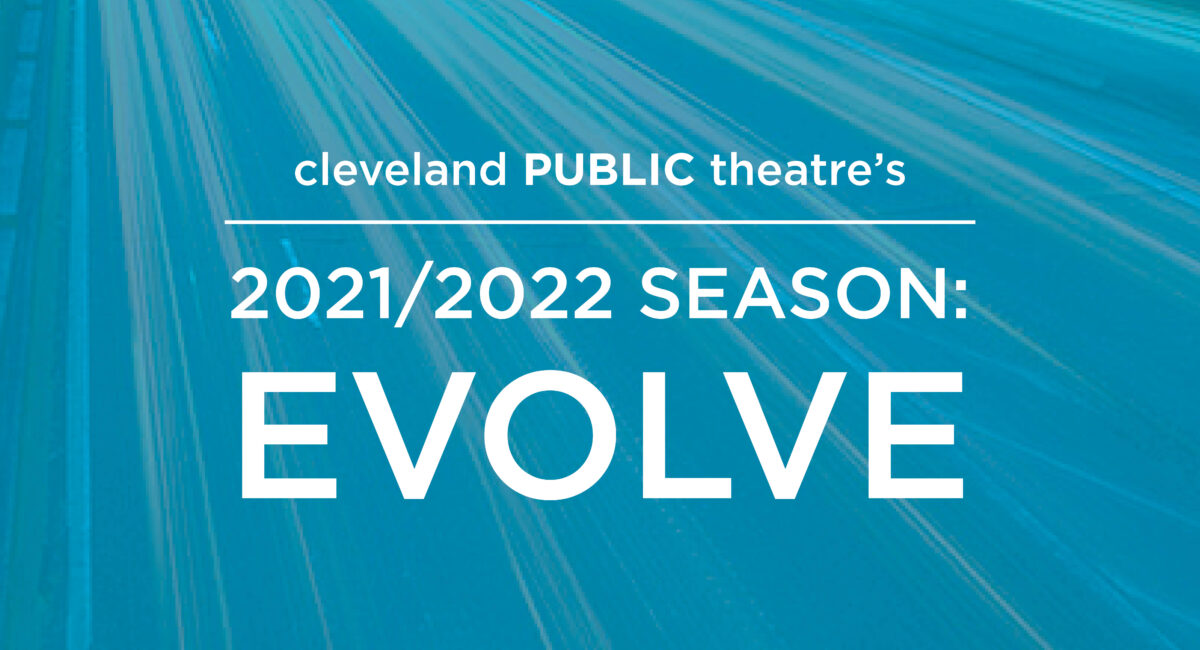 Cleveland Public Theatre (CPT)’s Executive Artistic Director Raymond Bobgan is proud to announce the 2021/2022 season, which delivers on CPT’s mission of raising consciousness and nurturing compassion through theatre that is daring, relevant, and socially conscious.

CPT invests in innovation and diversity, and has been recognized regionally and nationally as a leader in the support and development of new work, the amplification of emerging voices, and for producing and presenting work from artists creating theatre outside the mainstream.

“Cleveland Public Theatre brings people together. The strength of our programming is not only in the individual power of each project and each production, but how they weave together. As each program, each person, impacts the next, the community impact grows exponentially. We don’t present to the community; we are a convergence of communities. We believe society can evolve, and it is when we come together that these changes happen. Our strategy is to center artists, to amplify the voices of artists amidst our diverse communities, and to share their work broadly. What happens when we have conversations with people who see the world differently than what we know? We challenge our thinking, we open our hearts, and our inner world expands. Together, we evolve.” 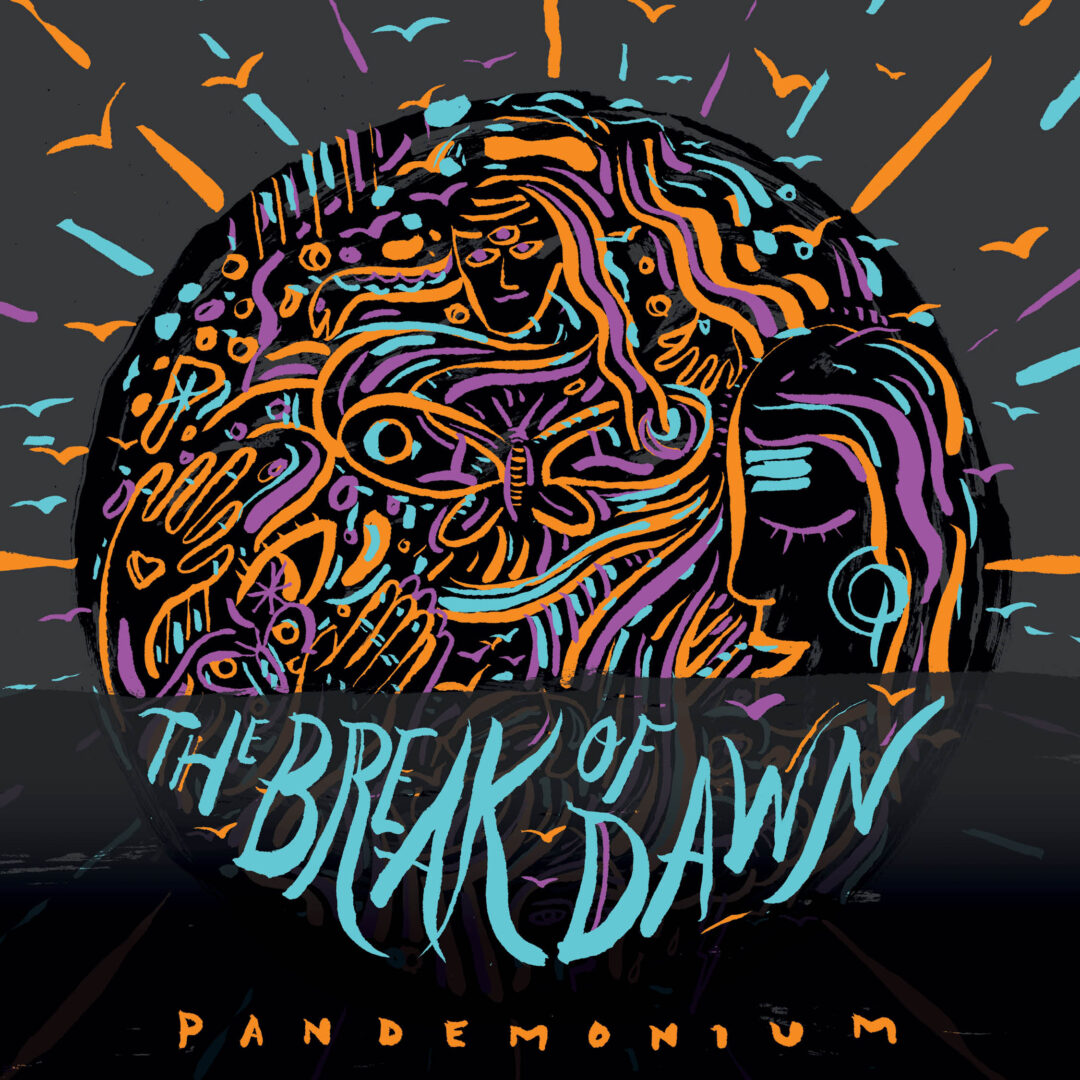 PANDEMONIUM 2021: THE BREAK OF DAWN

Cleveland Public Theatre’s annual fundraising extravaganza transforms the CPT campus into a labyrinth of theatre, dance, visual, and performance art in every corner. Ticket is all-inclusive with fabulous local food, and complimentary drinks served all night long. A feast for the eyes, mind, appetite, and imagination—proceeds benefit CPT’s groundbreaking artistic work and life-changing education programs. This year’s Honoree is Randell McShepard, Vice President of Public Affairs and Chief Talent Officer for RPM International Inc. Randell is an advocate for equity and inclusion, the environment, and our Greater Cleveland community. 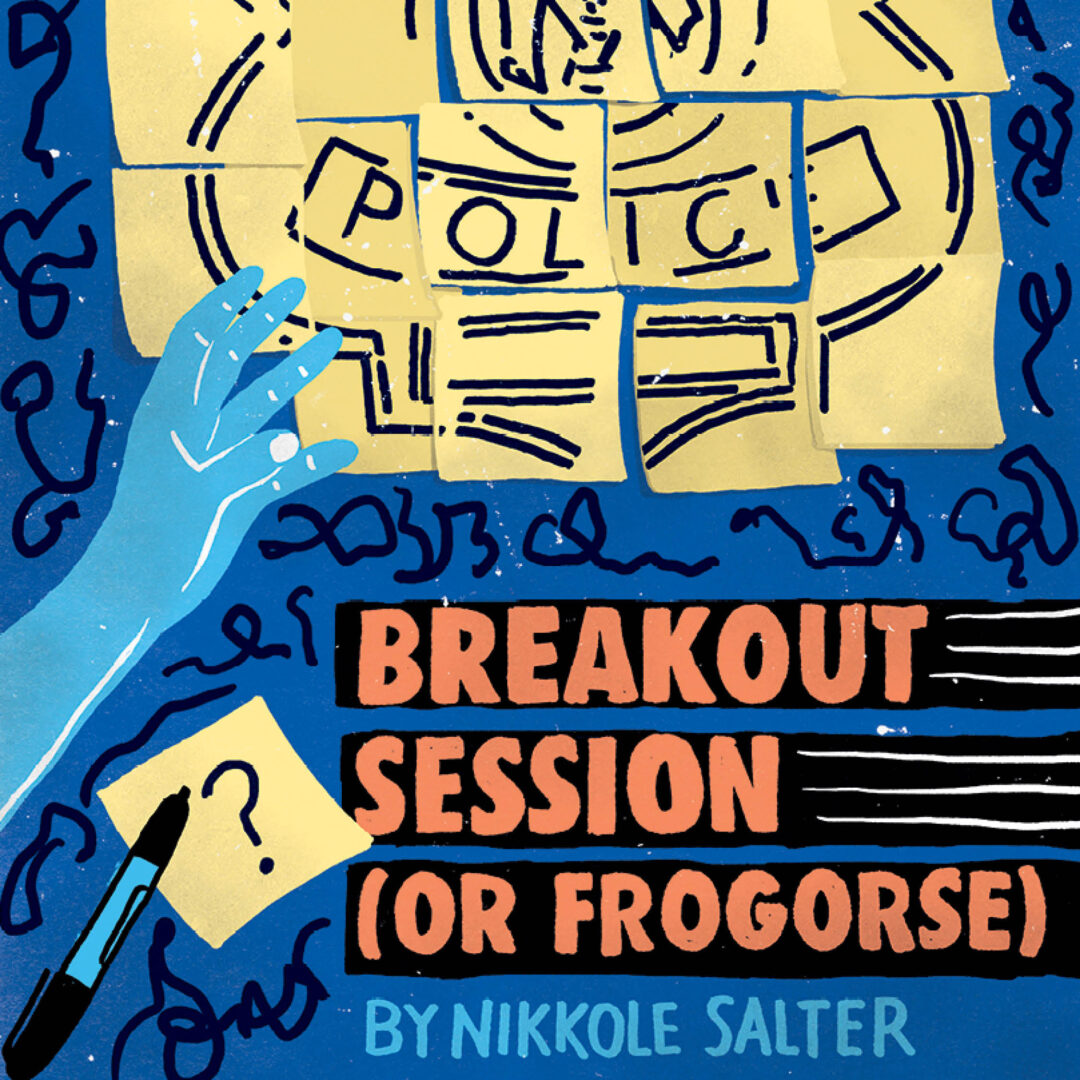 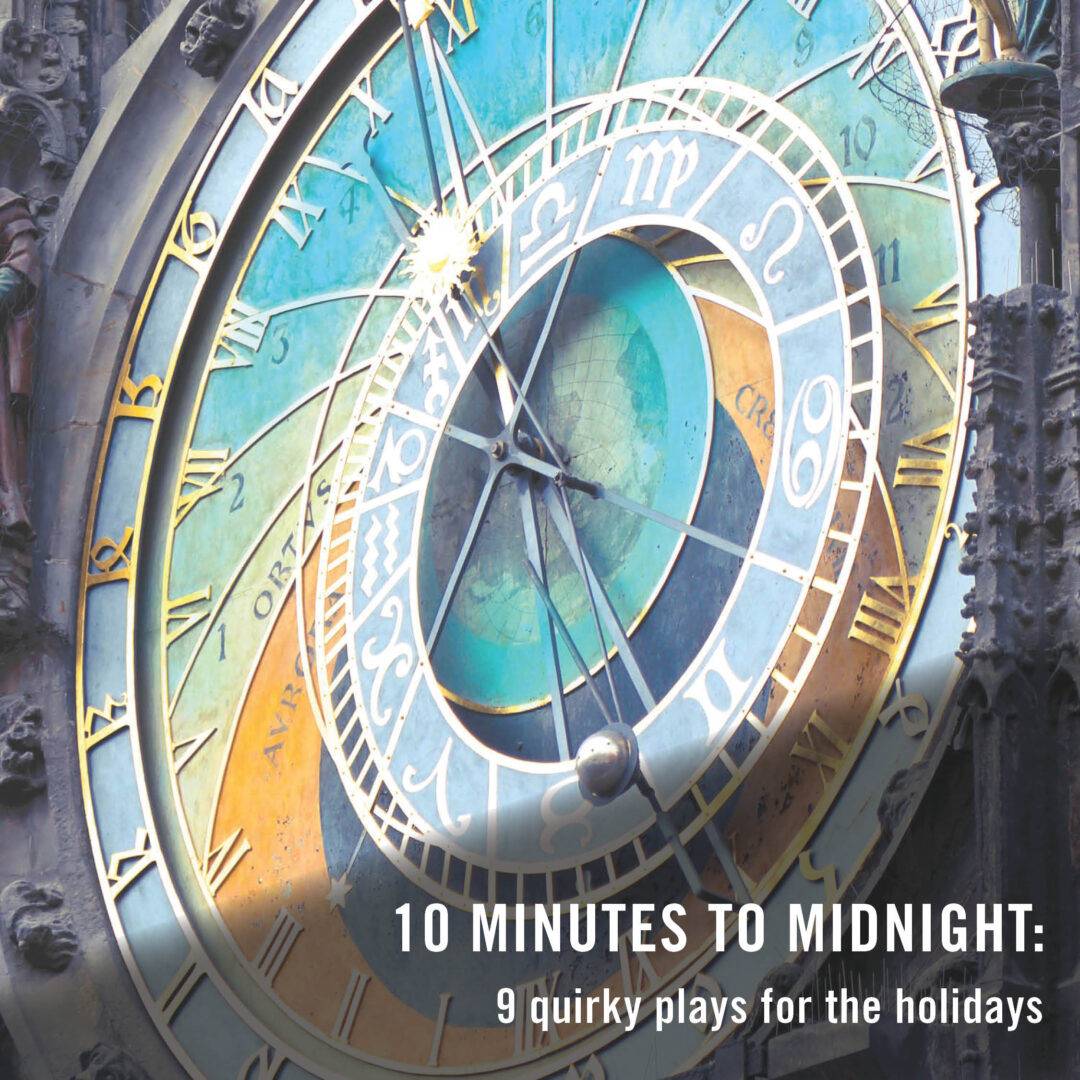 10 MINUTES TO MIDNIGHT: 9 QUIRKY PLAYS FOR THE HOLIDAYS 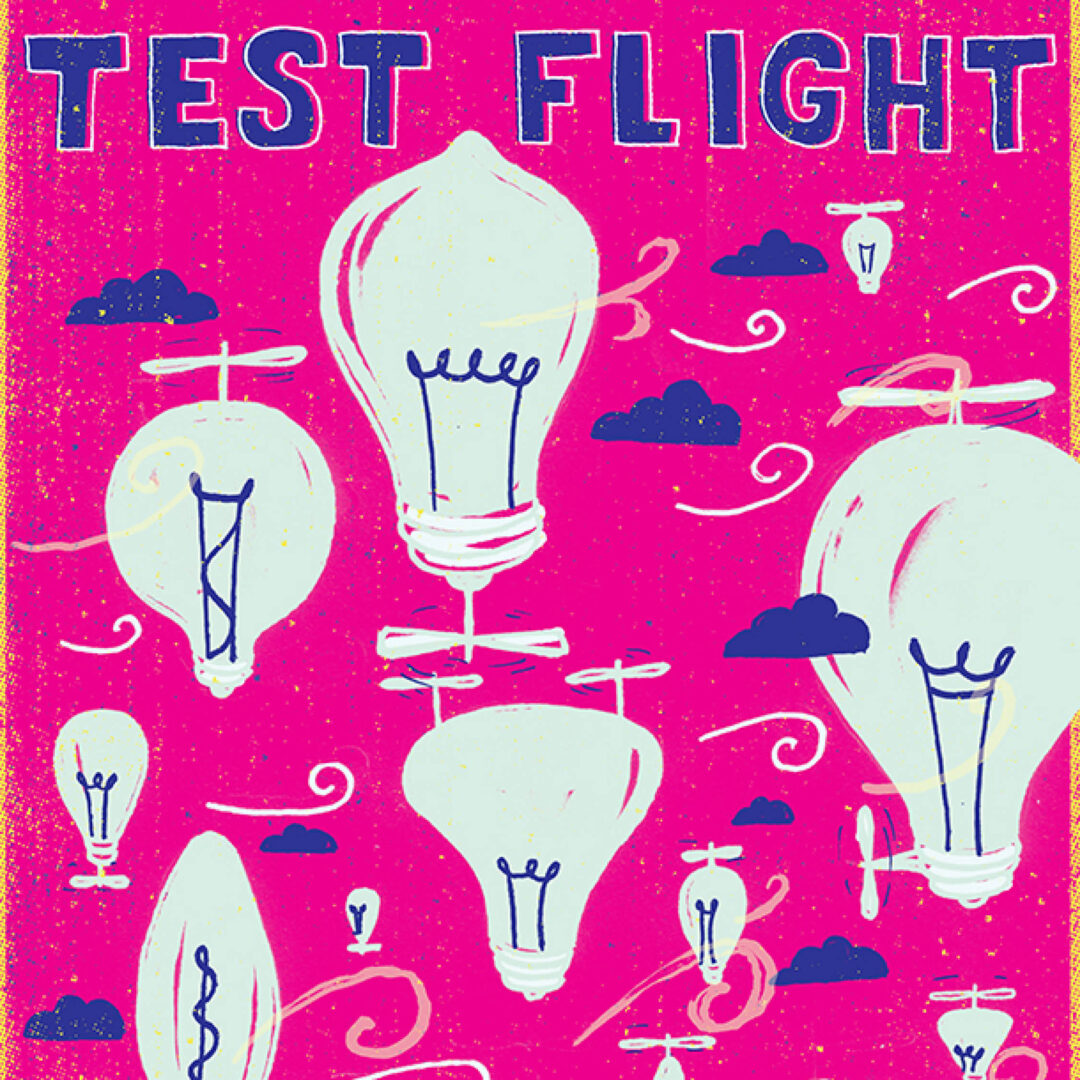 Test Flight is a multi-week series that showcases new work on its way to full production. Test Flight provides both local and national artists with the keys to the theatre and the opportunity to co-produce original works-in-progress. The series encourages risk-taking and an entrepreneurial spirit towards creating new work. New Play Development. 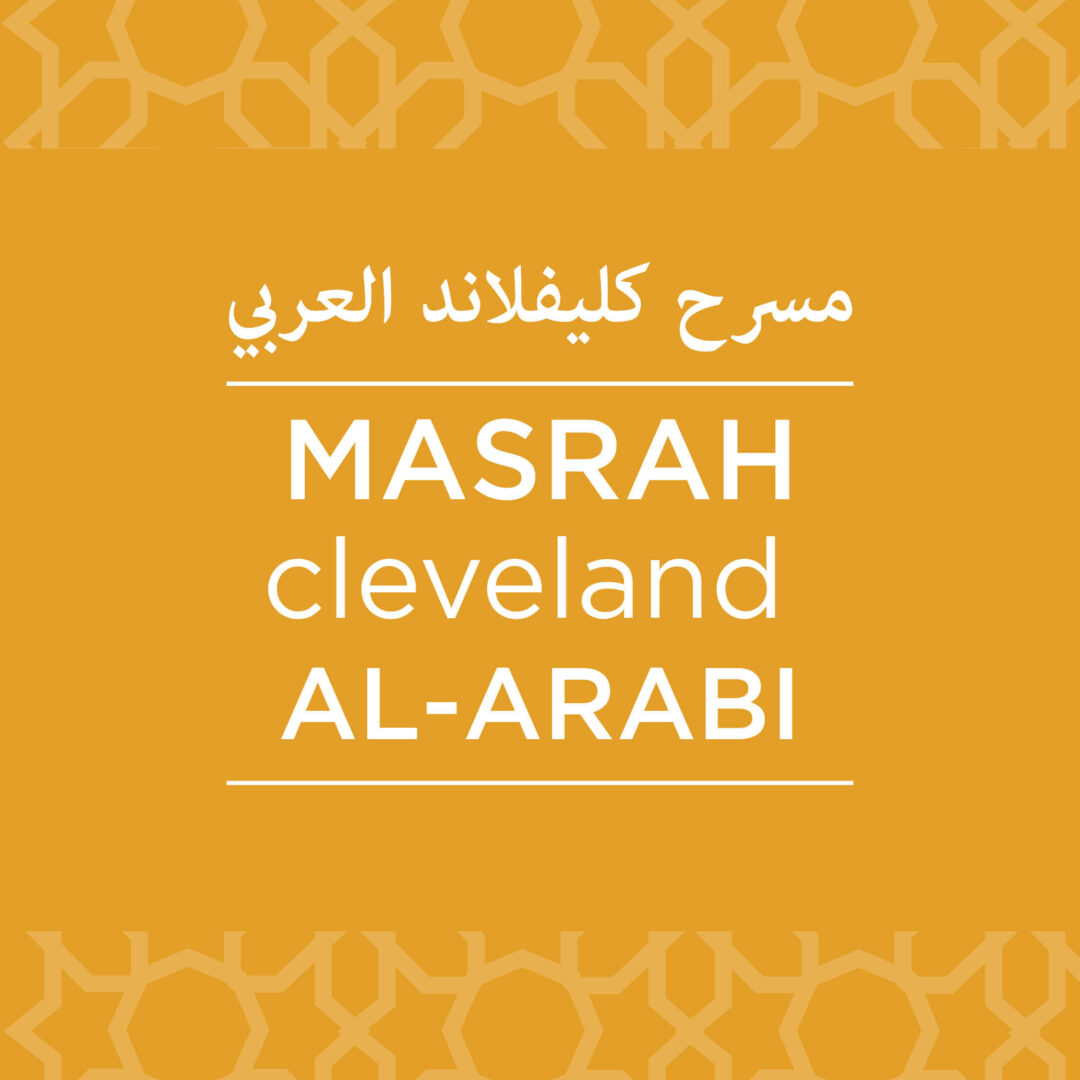 Masrah Cleveland Al-Arabi —a project developing work by, for, and with Arabic-speaking communities—shares life-affirming stories that honor community, family, and the freedom of expression. Created by the ensemble cast of amateur and professional performers, this original production guided by Raymond Bobgan and Faye Hargate will feature ensemble members performing their own personal stories, scenes, poetry readings, and live music. The program will be bilingual, presented in English and Arabic with subtitles. World Premiere. 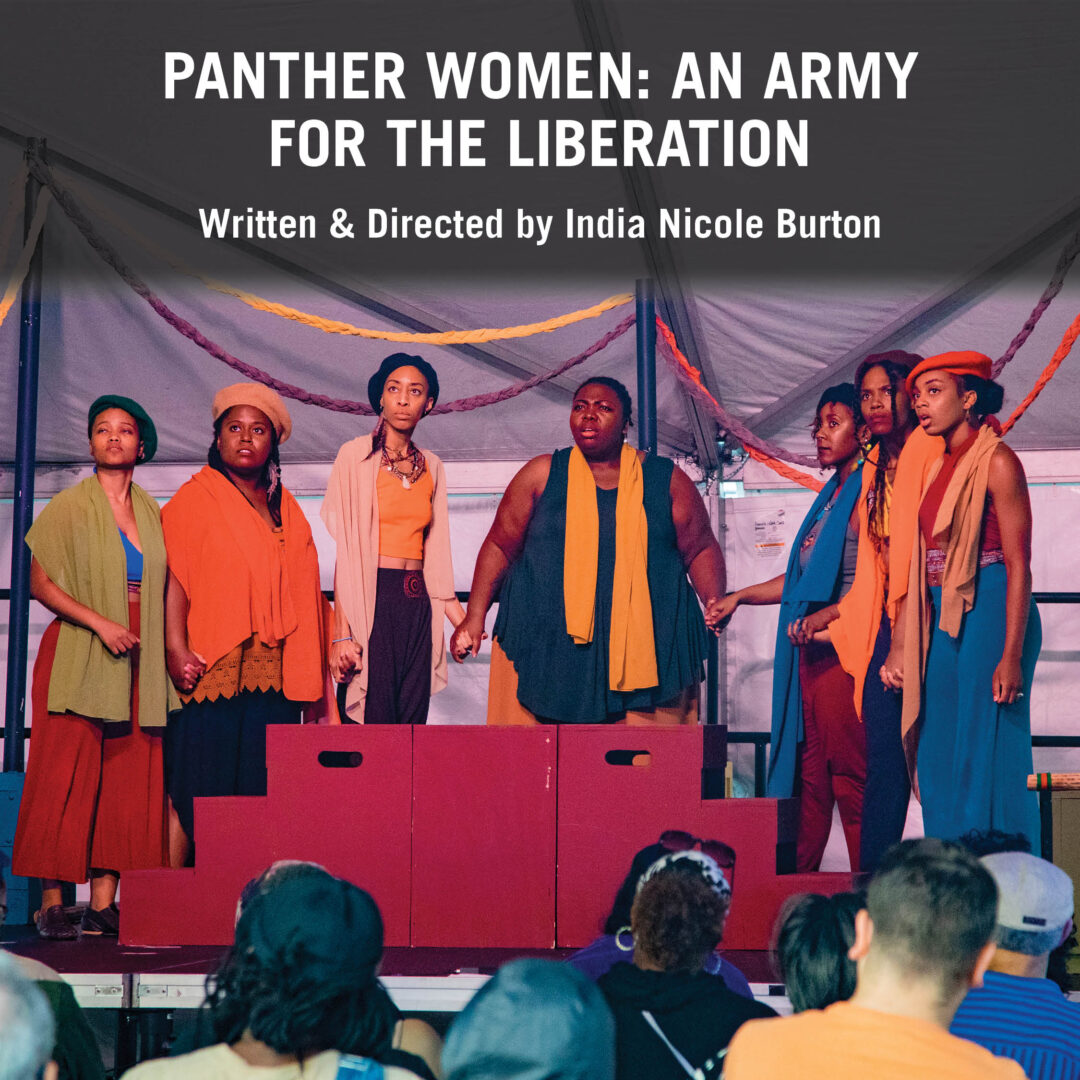 PANTHER WOMEN: AN ARMY FOR THE LIBERATION

Panther Women: An Army for the Liberation follows three prominent women who were members of the Black Panther Party and Black Liberation Movement, and explores the lives and unique experiences of Black women in America. A choreopoem built upon extensive research and collaboration with a cohort of Black artists, this world premiere production chronicles the lifelong pursuit of justice by some of the founding women of the Civil Rights Movement. Gripping, gutting, bursting with beauty, musicality, and amazing and complex stories, Panther Women: An Army for the Liberation touches on the core of the human condition, and celebrates Black women. World Premiere. 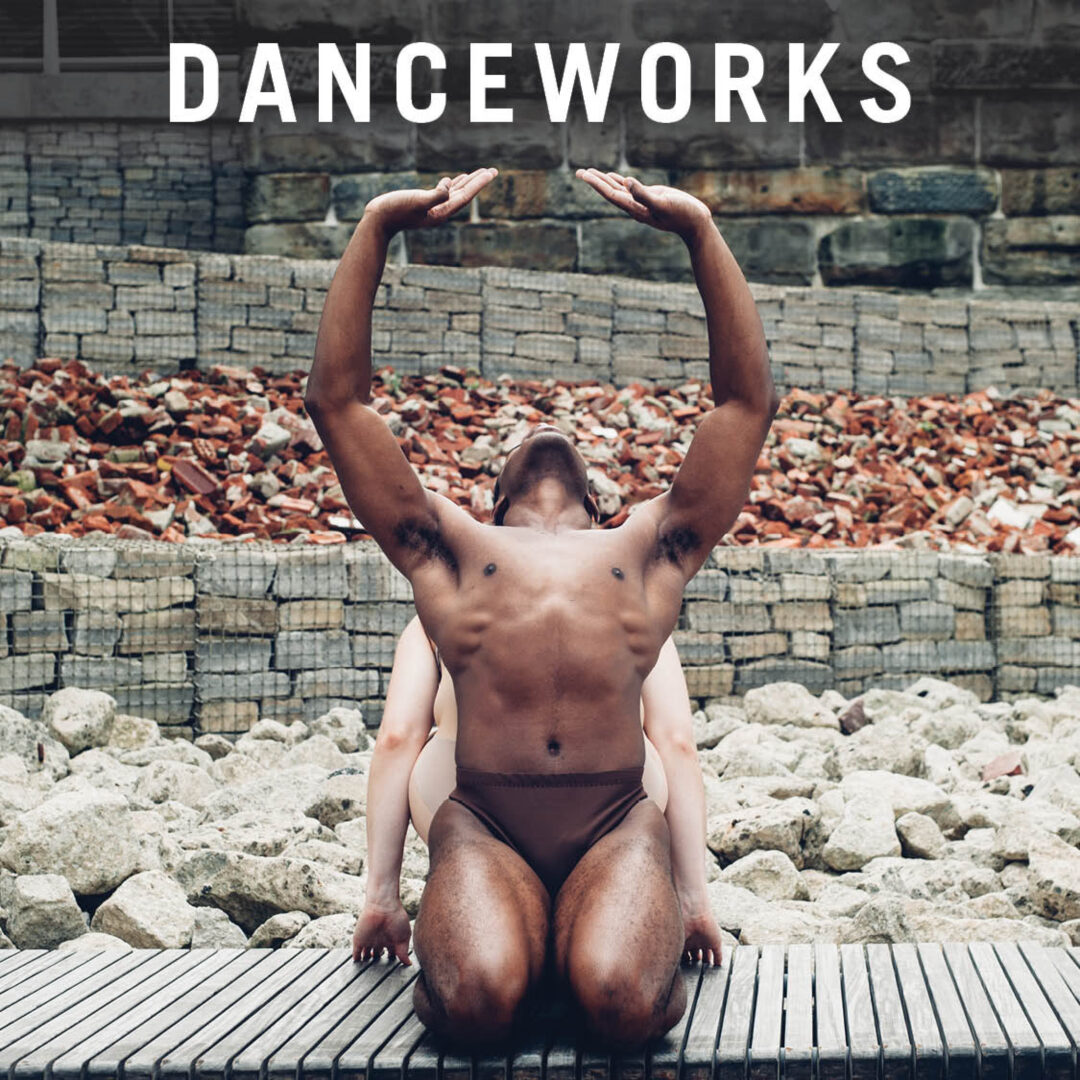 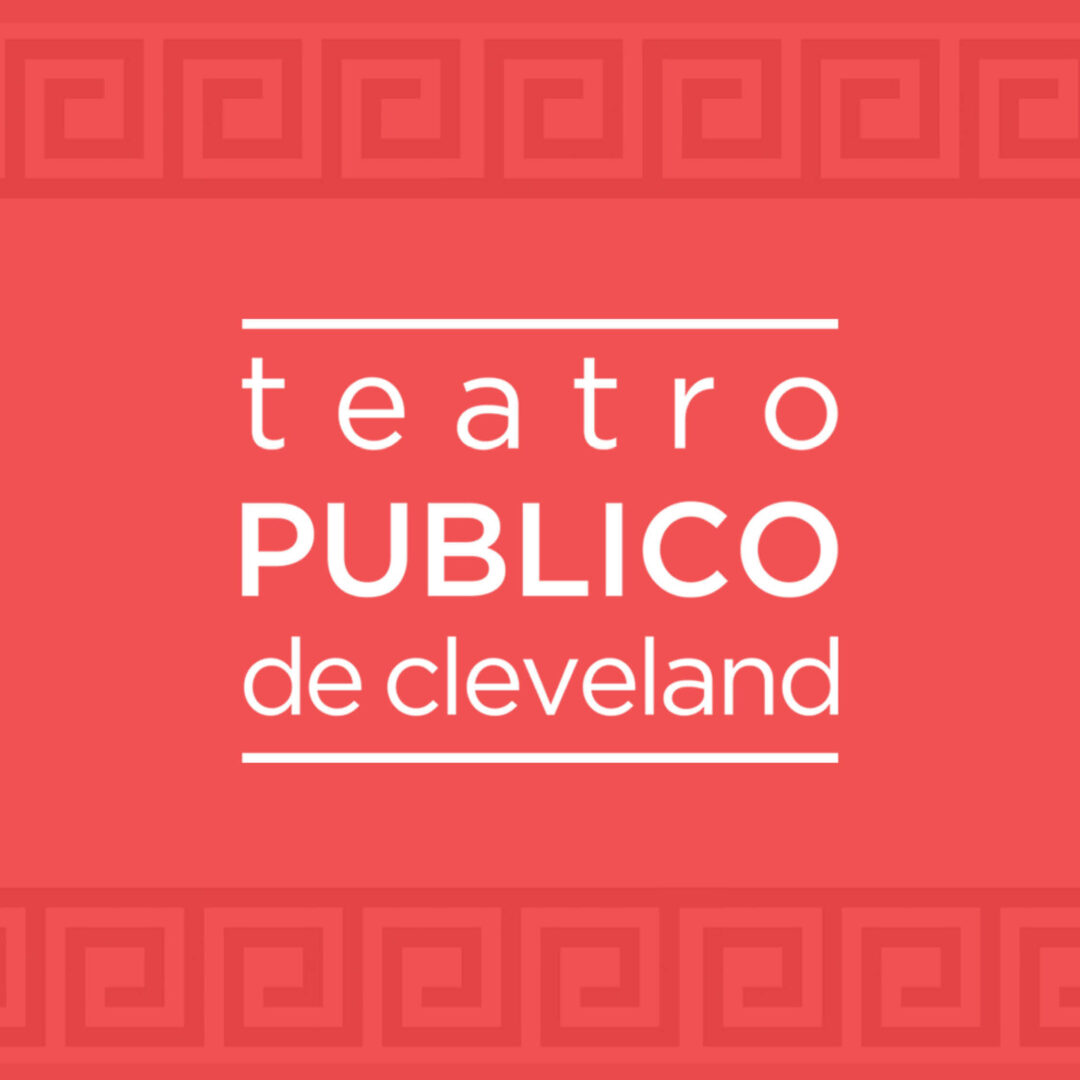 Teatro Público de Cleveland is a collective of Latino theatre artists and produces performances that preserve and promote the cultures of Cleveland Latinos for Spanish-speaking audiences and the broader public. TPC’s spring show, selected by the company, seeks to connect with Latino and non-Latino audiences in a powerful experience of cross-cultural work. 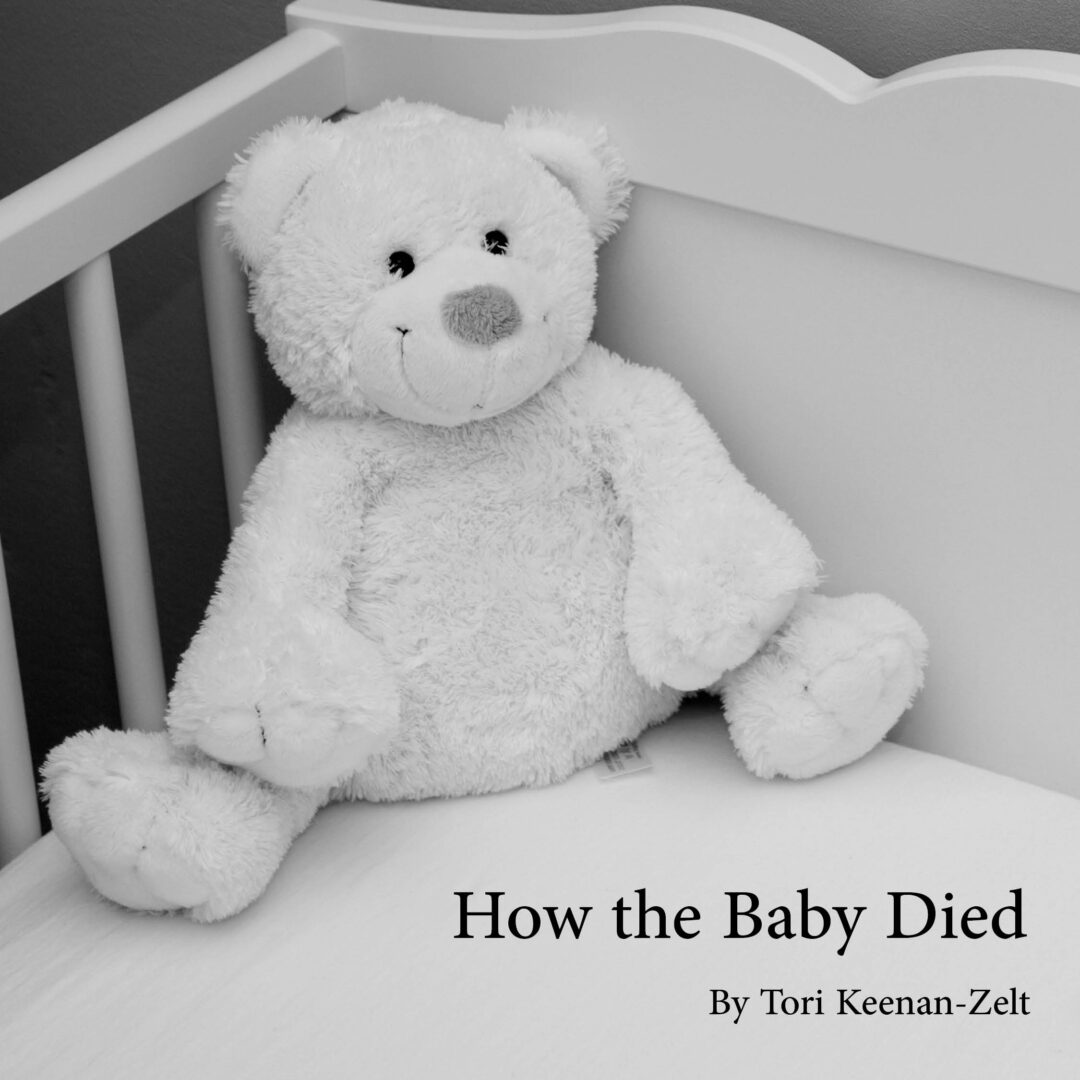 HOW THE BABY DIED

How the Baby Died is a darkly visceral, absurdly comic play about parenting, pregnancy, abortion, and women’s physical self-agency. Contemporary comedy and Grand Guignol (a.k.a. French Horror Theatre!) collide, and the only prop available is a baby. And baby, it gets bloody. Hilarity, hijinks, and mayhem ensue. Is this comedy inappropriate? Or is it our views of women’s health that have gone awry? Support provided by Venturous Theater Fund, a fund of Tides Foundation. 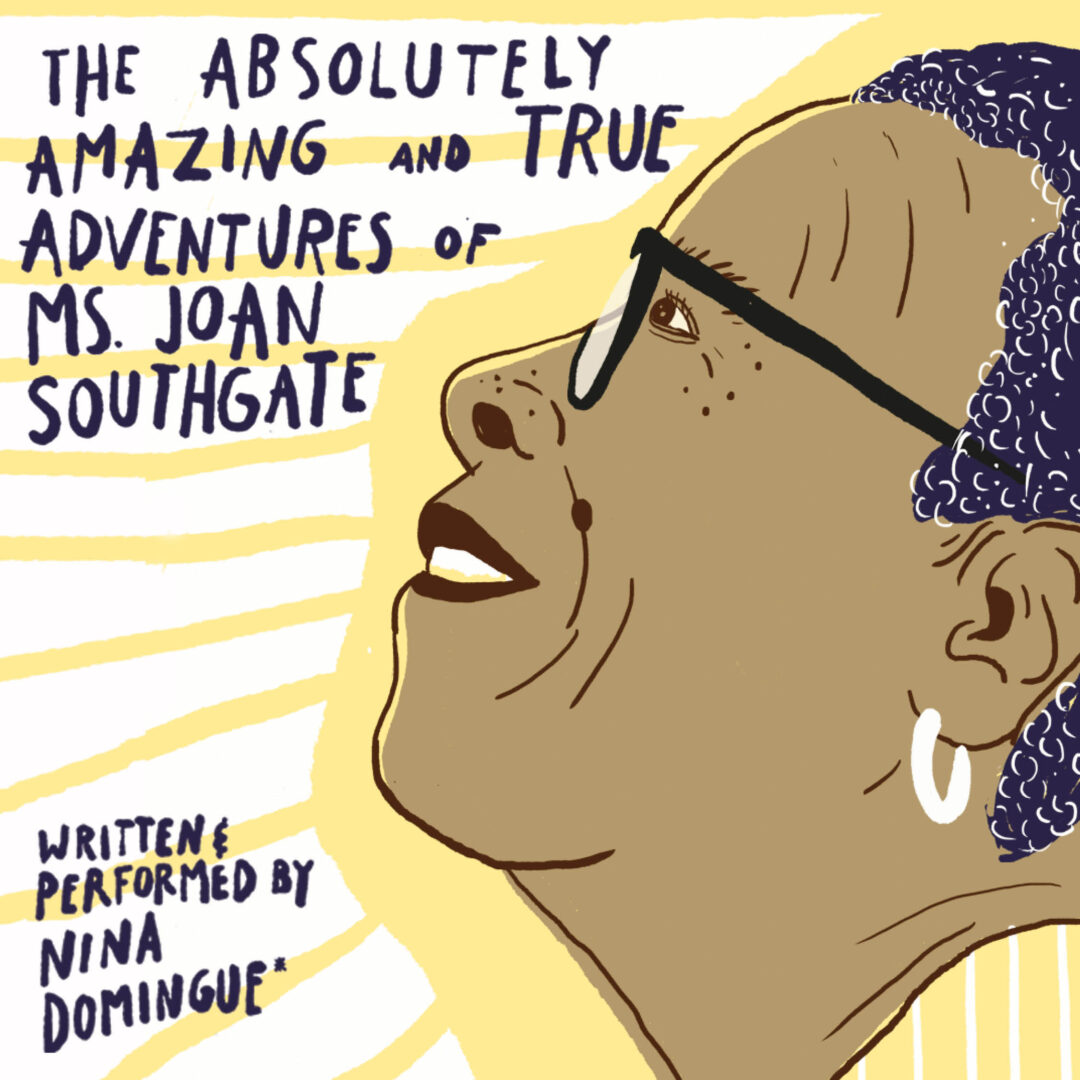 In 2002, Joan Southgate, a retired Social Worker and Cleveland-area activist, stepped off from the small town of Ripley, Ohio, with a simple goal: highlight the courage and resourcefulness of freedom seekers and conductor families who risked everything on the Underground Railroad. Nina Domingue, beloved Cleveland artist, chronicles Joan’s life through the 519-mile walk across Ohio, Pennsylvania, New York, and Canada. World Premiere. 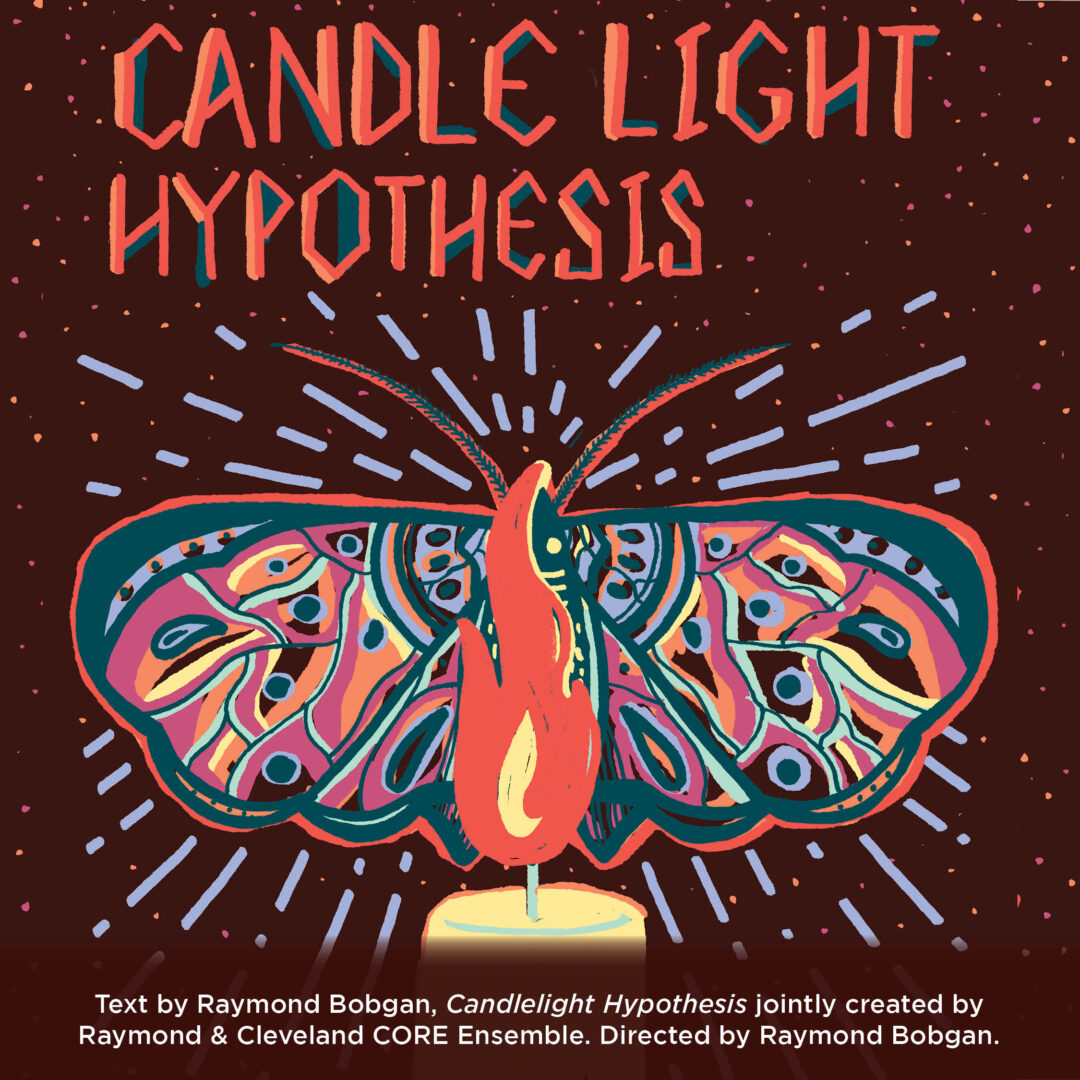 Raymond Bobgan creates new bold, multilayered, and highly physical performances through an ever-evolving ensemble process. Raymond formed Cleveland CORE Ensemble in an effort to sustain the conditions to develop unique theatre practices, investigate the potential of the craft of acting, and create a distinctive body of theatrical works. The ensemble’s performances are characteristically layered with powerful physical action, poetic texts, and original music. 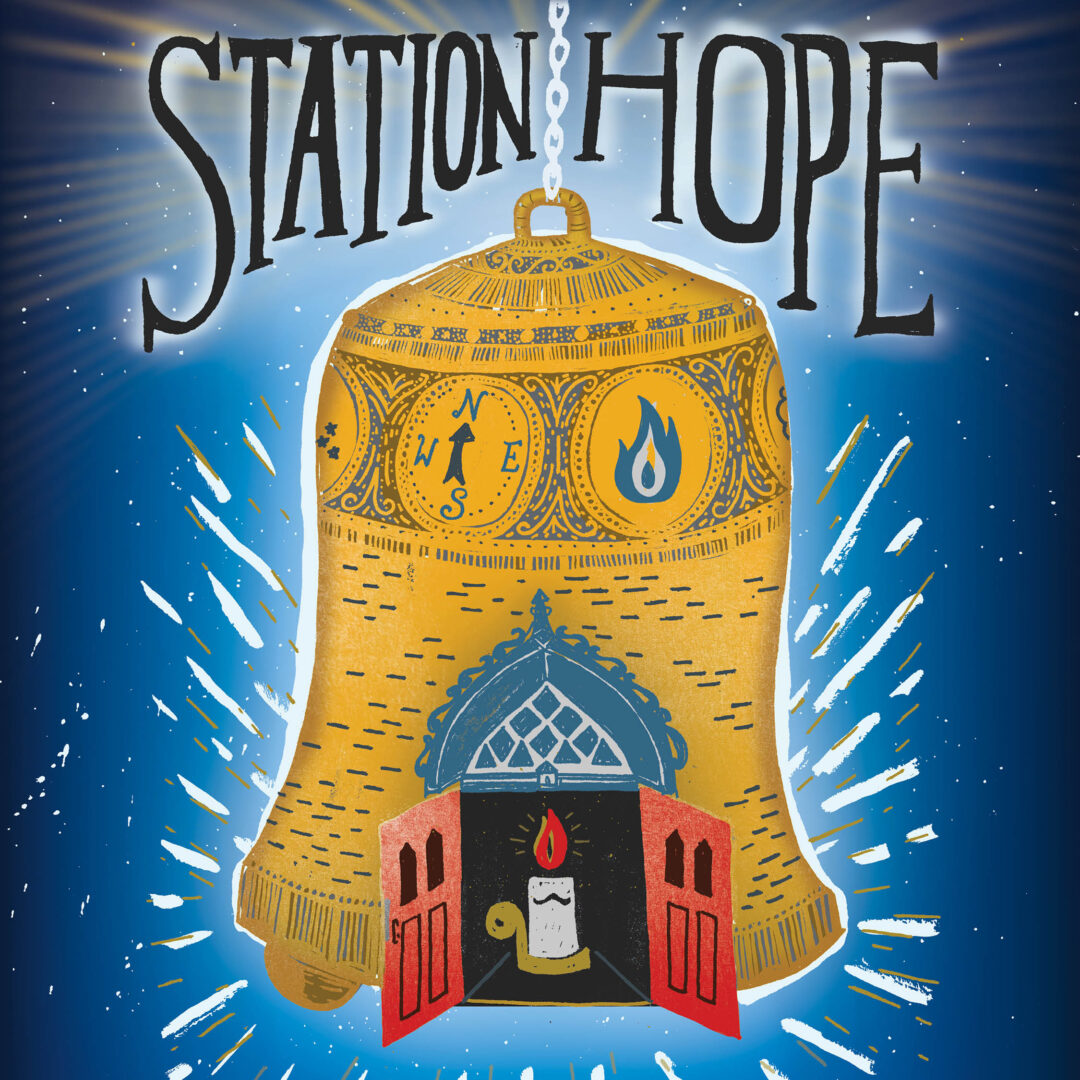 May 28. St. John’s Episcopal Church in Ohio City.
A Celebration of Hope. A Dialogue for Change. 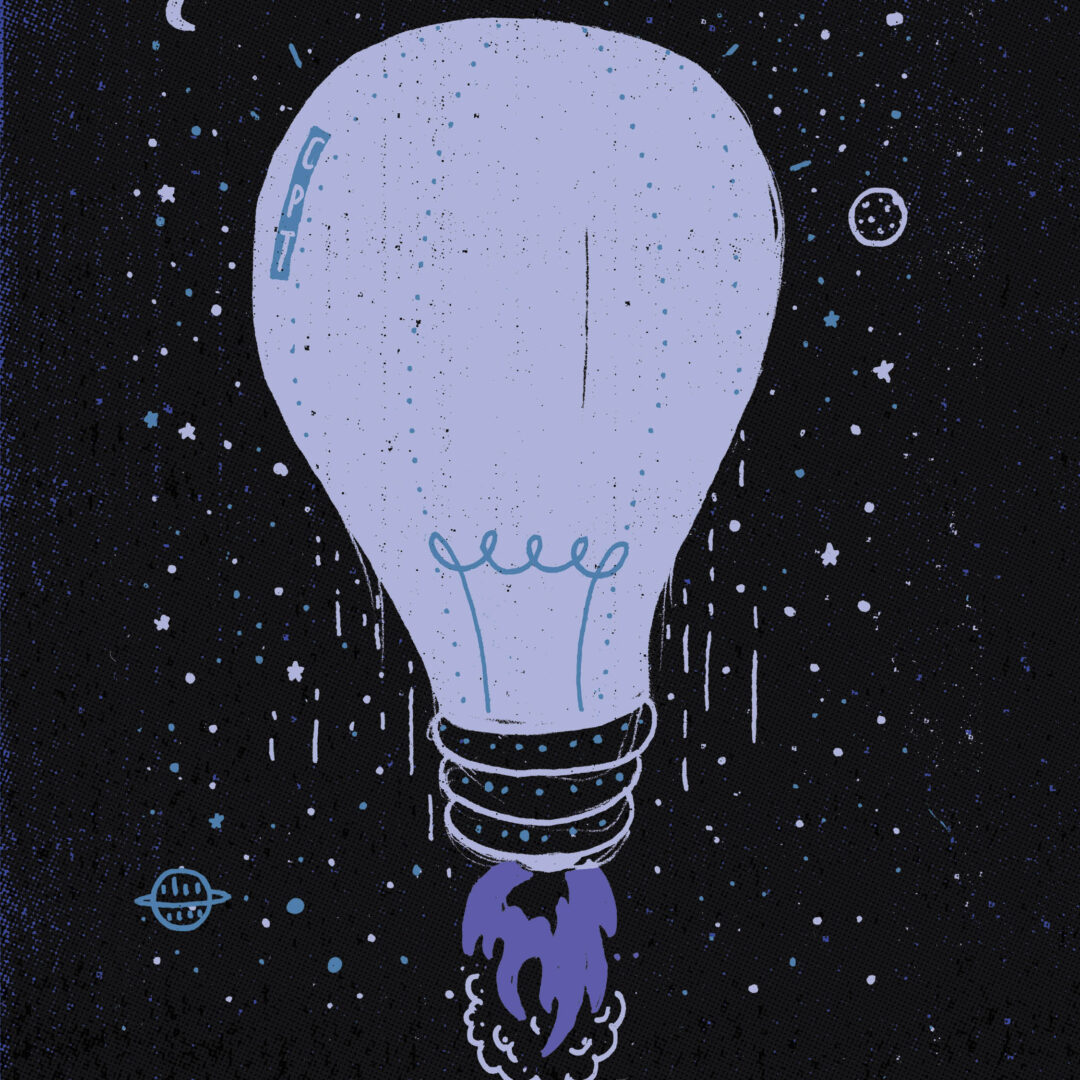 In addition to the Test Flight series detailed above, an ongoing fellowship program throughout the 2021/2022 season, Catapult, is intended to help artists move their projects to a “production ready” stage through multiple readings, rehearsal time at CPT, workshop productions, and/or invitational showings. Catapult playwrights and creators will be awarded a Nord Family Foundation Fellowship and play an active role in the life of the theatre while they are developing their work. 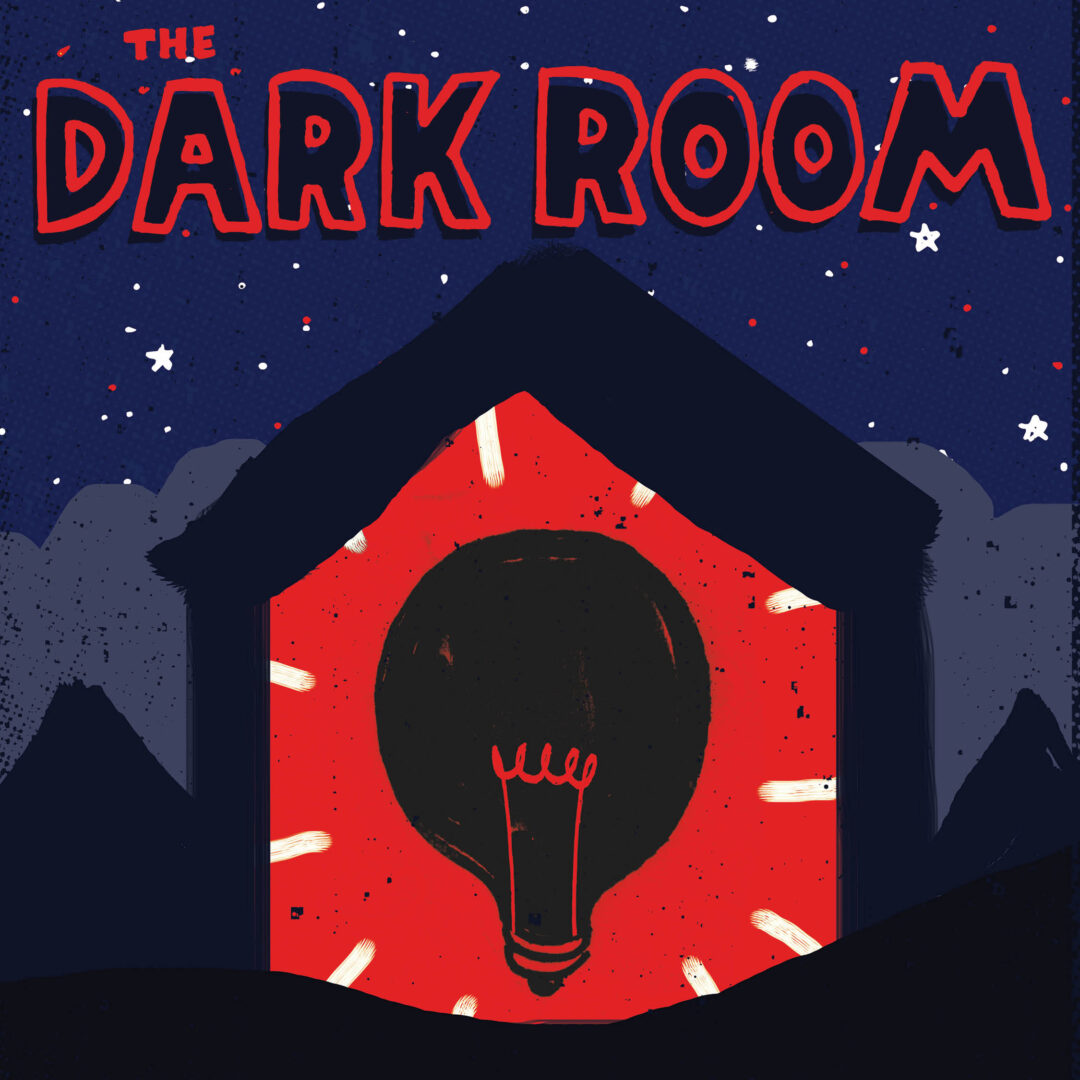 And, as always, The Dark Room, an open mic for playwrights, continues the second Tuesday of every month (7:30pm at The Church), pairing playwrights with actors to perform (mostly) cold readings of scripts-in-progress in a fun, low-risk atmosphere.

OTHER PRODUCTIONS AND SPECIAL EVENTS

Our incredible partners and friends throughout Cleveland are a major part of the special sauce that makes CPT a hub for compassion, innovation, and community. Mark your calendars for Día de Muertos and Y-Haven Theatre Project. 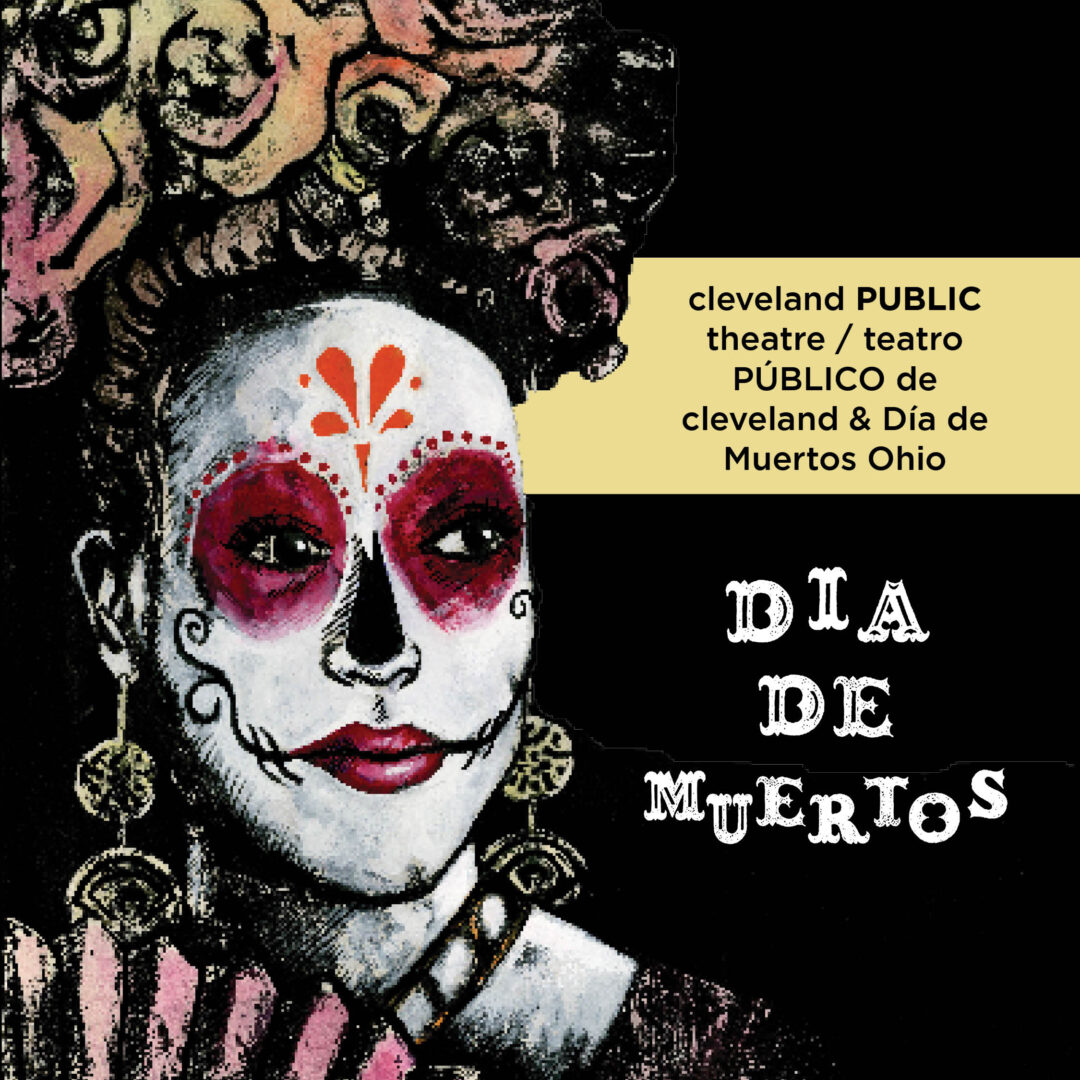 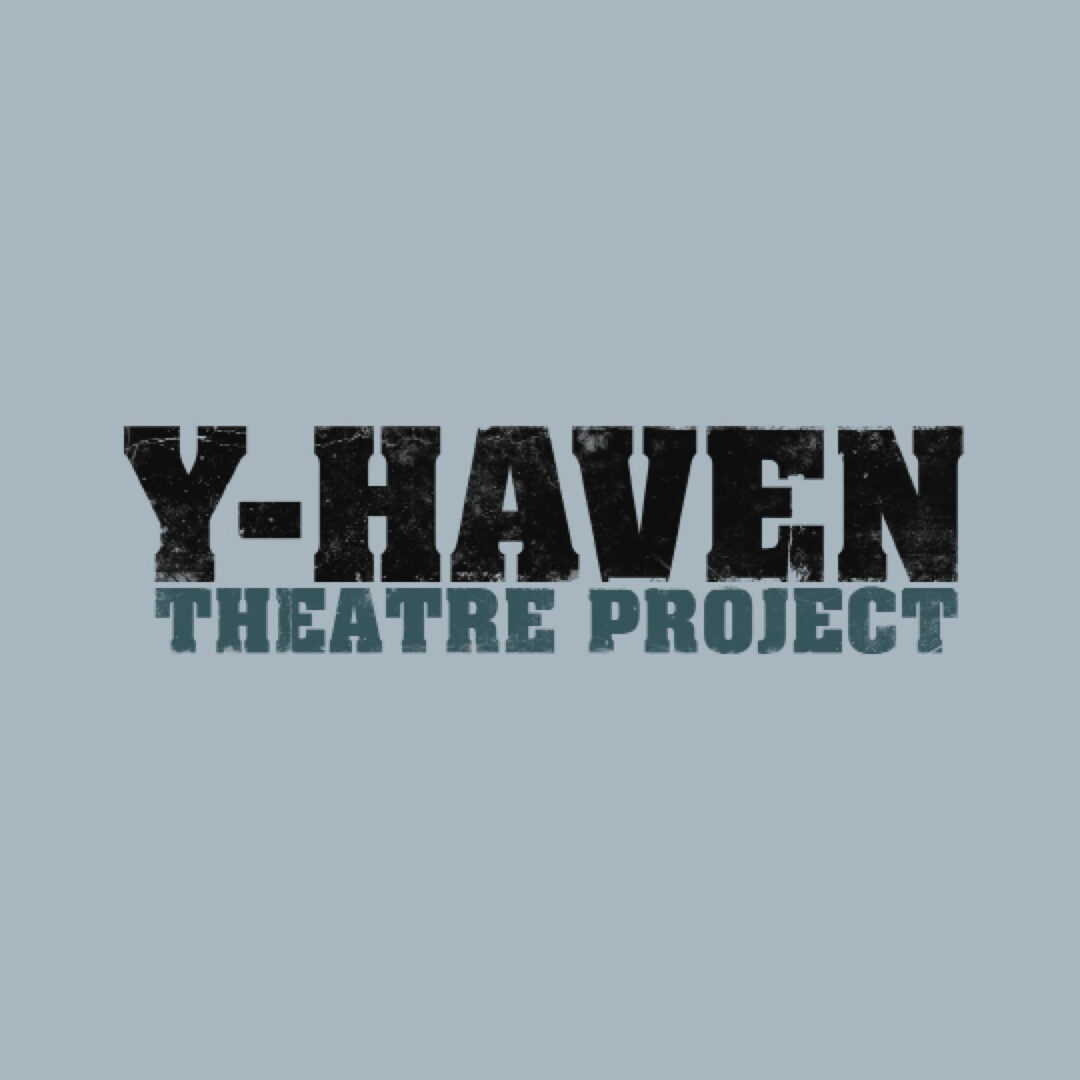 Runs November 18 – November 20. Gordon Square Theatre.
Created & Performed by the participants of Y-Haven, a branch of the Greater Cleveland YMCA.
The one-weekend-only production at CPT is followed by a community-wide tour.

The Y-Haven Theatre Project is a 23-year partnership between Cleveland Public Theatre and Y-Haven, a branch of the Greater Cleveland YMCA. Y-Haven is a transitional housing facility for formerly homeless individuals recovering from substance abuse and mental health challenges. Every year, CPT collaborates with the clients of Y-Haven to create an original theatre production performed by the participants and based on their life stories. The Y-Haven Theatre Project captures an authenticity and emotional power as the cast shares their true-to-life experiences often hidden from the world.

Alongside the above programming, CPT continues year-round education programming throughout Cleveland. Based on CPT’s guiding education principles of Empowerment, Equity, Excellence, and Enthusiasm, CPT’s Teaching Artists work to build close, long-term relationships with participants, families, and community partners by facilitating trust and open exchange. Our education programming seeks to create a reciprocal collaborative learning environment that supports awareness and fosters powerful and life-affirming artistic experiences for participants and teachers alike. 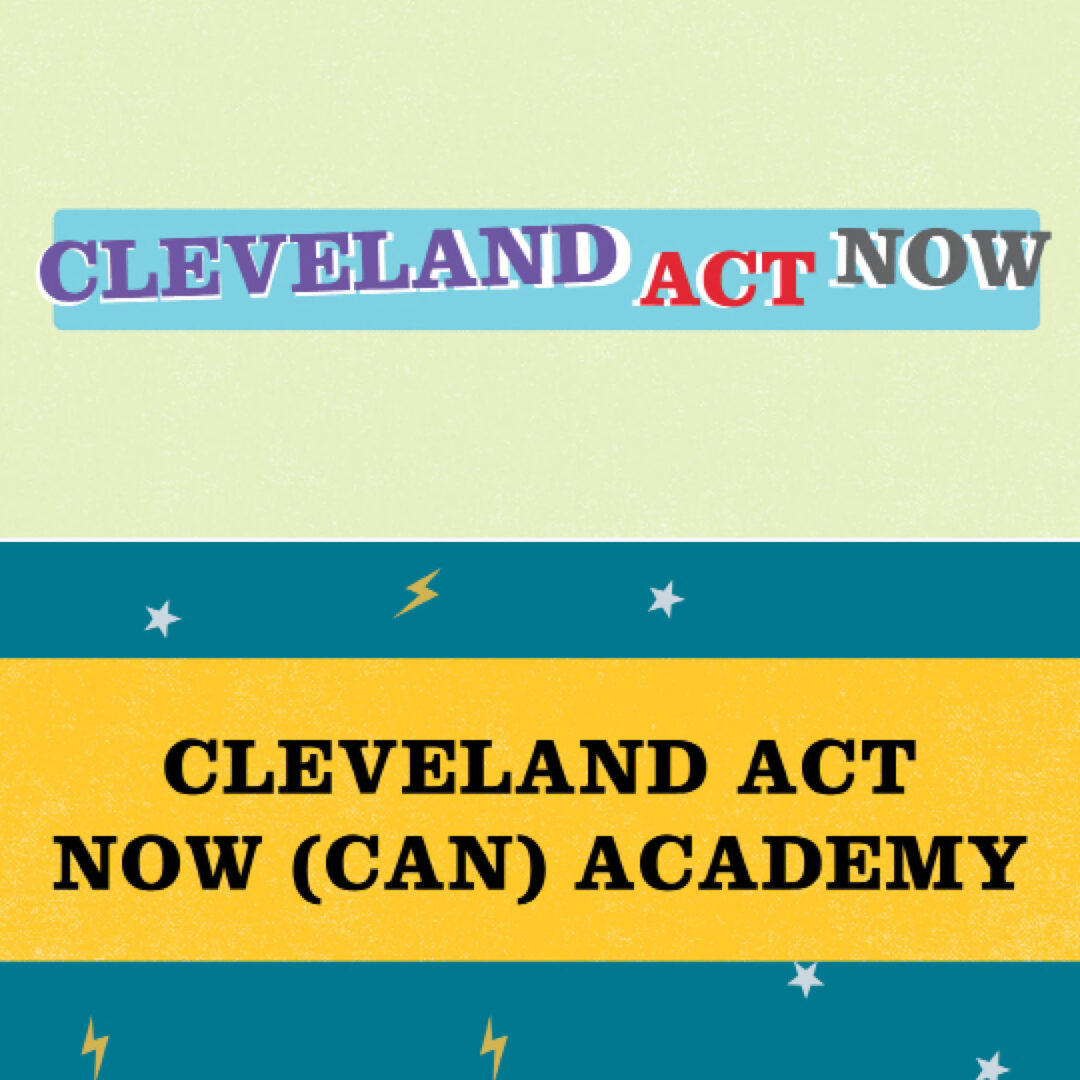 CMHA CAN (formerly Brick City Theatre) takes place in partnership with Cuyahoga Metropolitan Housing Authority (CMHA) at community centers for children and families who live in public housing. Under the guidance of CPT Teaching Artists, young artists learn how to create and perform their own plays, dance, poetry, music, and visual art. These original performances are crafted and presented annually at CMHA and Cleveland community centers as well as arts festivals throughout Cleveland. CMHA CAN is offered at four CMHA community center sites: Lakeview Terrace CAN, Woodhill Homes CAN, Outhwaite Homes CAN, and Riverside Park CAN. CAN also partners with local community centers. 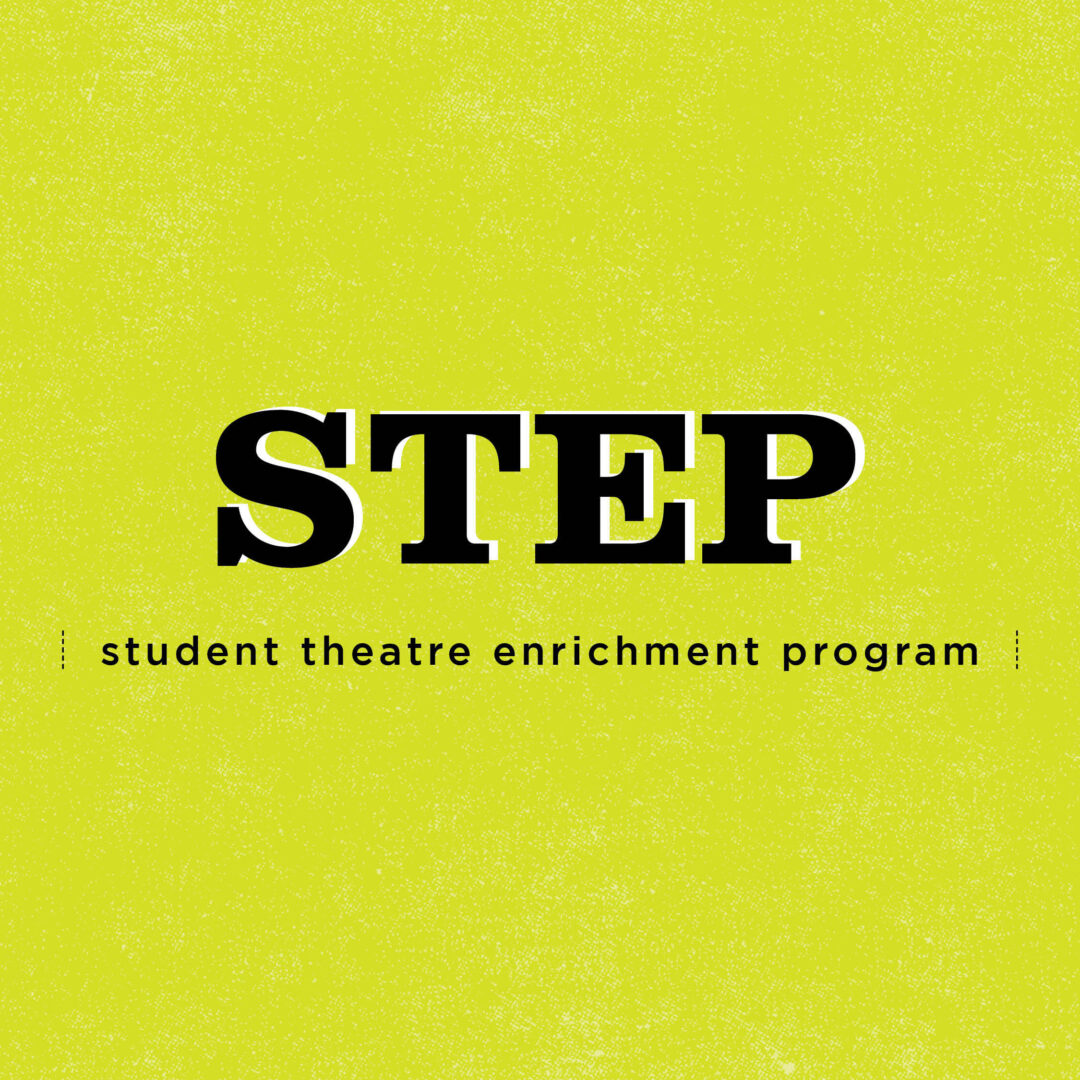 STEP is a rigorous arts-based program that provides hands-on job training, engaging Cleveland youth from families defined as low-income in a powerful learning experience that develops job skills, academic achievement, and interpersonal skills. As part of this eight-week summer program, youth, ages 14-19, work together to create, produce, perform, and tour their own play. This program is the longest-running arts-based, workplace development program in Cleveland and is an international model for engaging youth.

The Y-Haven Theatre Project is a 23-year partnership between Cleveland Public Theatre and Y-Haven, a branch of the Greater Cleveland YMCA. Y-Haven is a transitional housing facility for formerly homeless individuals recovering from substance abuse and mental health challenges. Every year, CPT collaborates with the clients of Y-Haven to create an original theatre production performed by the participants, and based on their life stories. The Y-Haven Theatre Project captures an authenticity and emotional power as the cast shares their true-to-life experiences often hidden from the world. The program culminates in the performance and community-wide tour of an original play based on stories from the men’s lives. 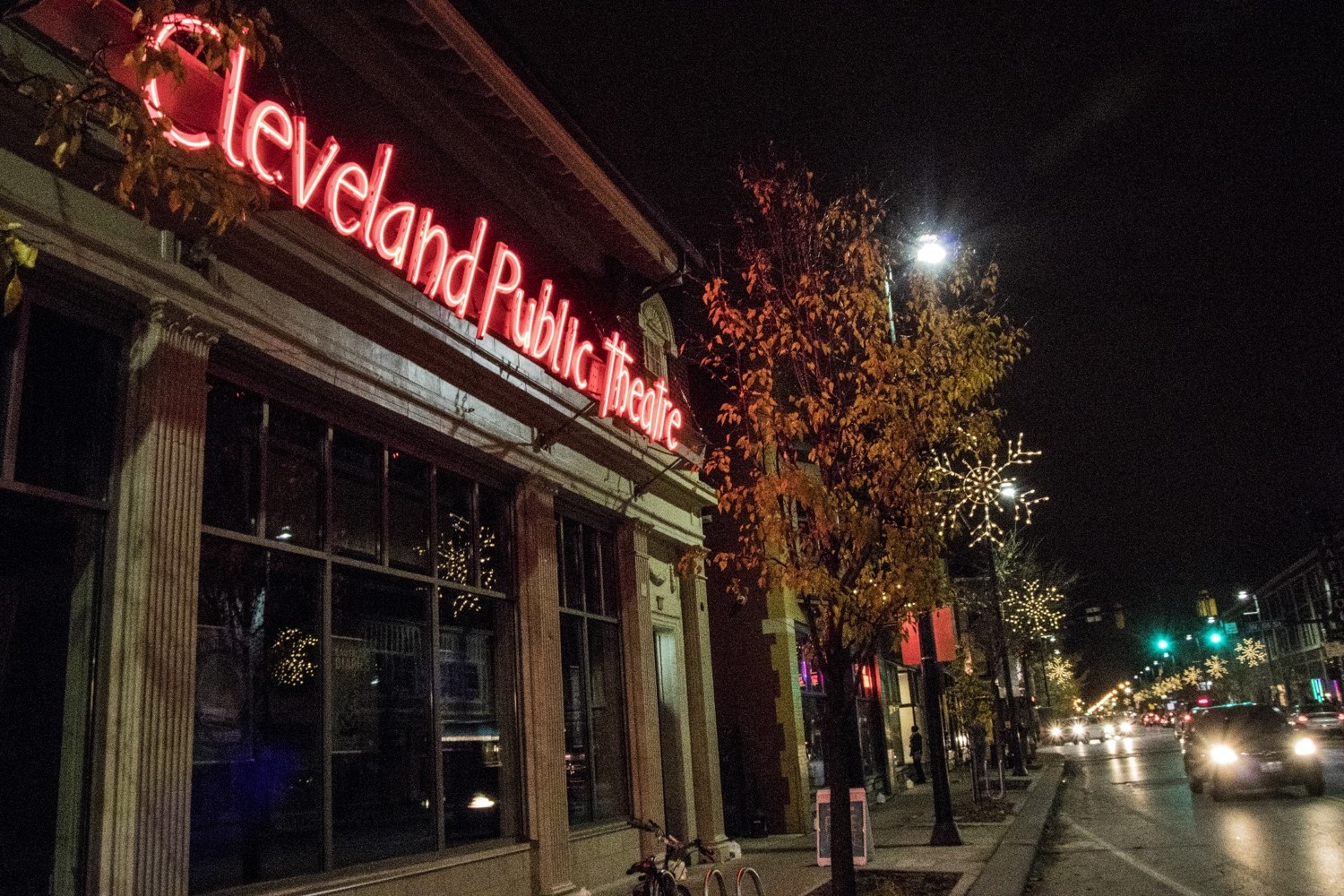 Cleveland Public Theatre’s Box Office is located at 6415 Detroit Ave., Cleveland, OH 44102, and unless otherwise noted, all performances take place in venues inside the CPT campus.

In addition to CPT’s primary spaces, the campus includes three auxiliary venues, the Storefront Studio, The Church, and Parish Hall, the latter two of which are located on the east end of the CPT campus. Due to the historic nature of The Church and Parish Hall, these venues are not ADA compliant at this time.

Unless otherwise noted, shows at the Gordon Square Theatre begin at 7:30pm, and shows at the James Levin Theatre and other venues begin at 7:00pm. For special venues and event times, check the website for details.

Cleveland PUBLIC Theatre is proud to practice pricing transparency—the price you see on our marketing materials is the price you’ll pay at checkout. No sneaky ticket fees. Ever.

We believe theatre is essential. Ticket prices only cover one-fifth of the cost of a production (and if patrons paid for the value of the ticket… pricing would no longer represent what we also believe to be true: theatre must be economically accessible). We offer CHOOSE WHAT YOU PAY tickets. We list suggested ticket prices – you may want to pay more; you may want to pay less! YOU are more important to us than the ticket price. You are an essential part of the CPT experience.

Full production single tickets are $15 – 35, with premium pricing for CPT’s holiday show and other special events. New Play Development pricing ranges from $10 – $25. Student and senior discounts are available for all Friday and Saturday nights. For more information, go to www.cptonline.org or call the CPT Box Office at 216-631-2727 ext. 501.